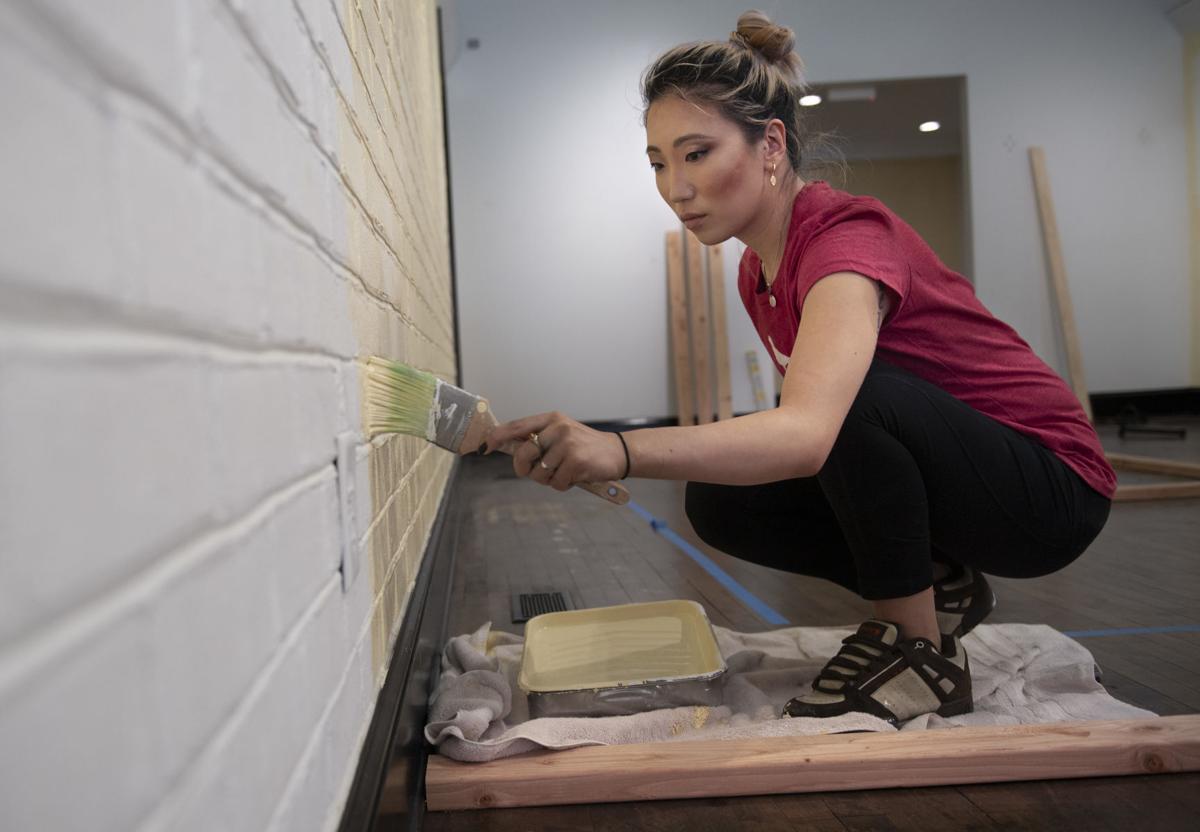 Megen McKinney paints a wall in preparation of the opening of Market Beans and Boba, a cafe that will offer coffee and bubble tea on North Market Street in Frederick. 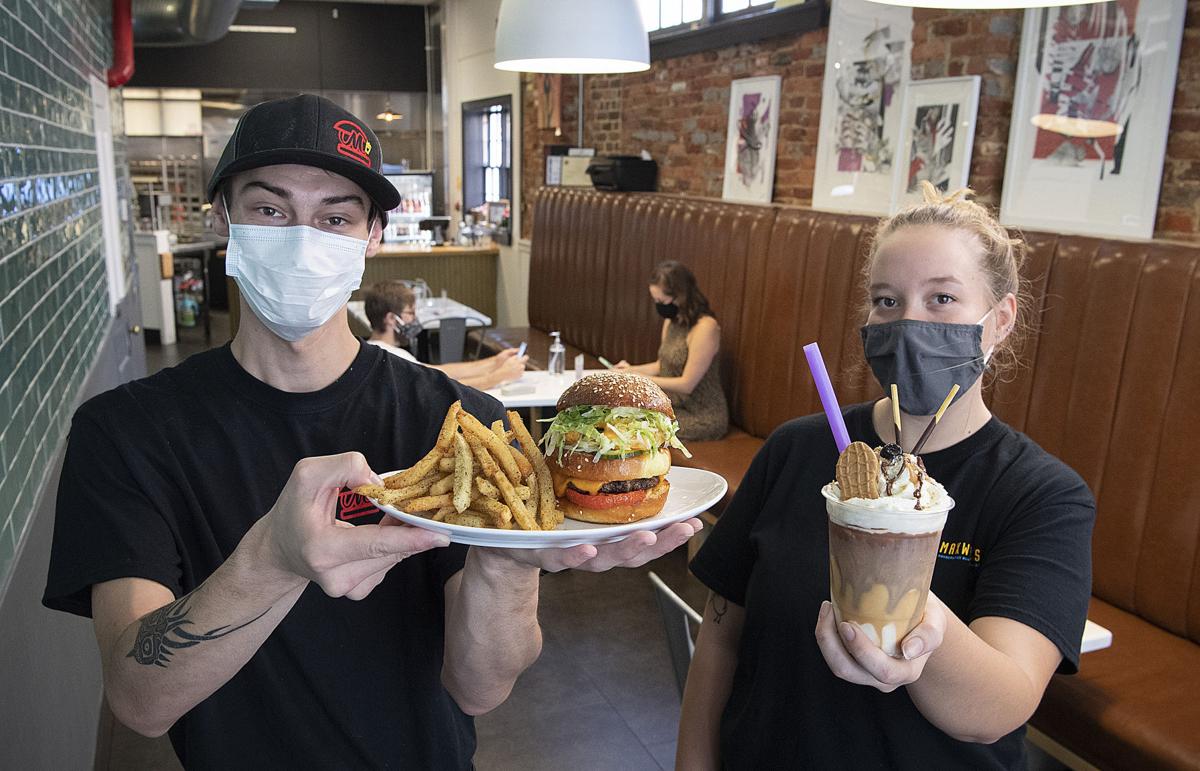 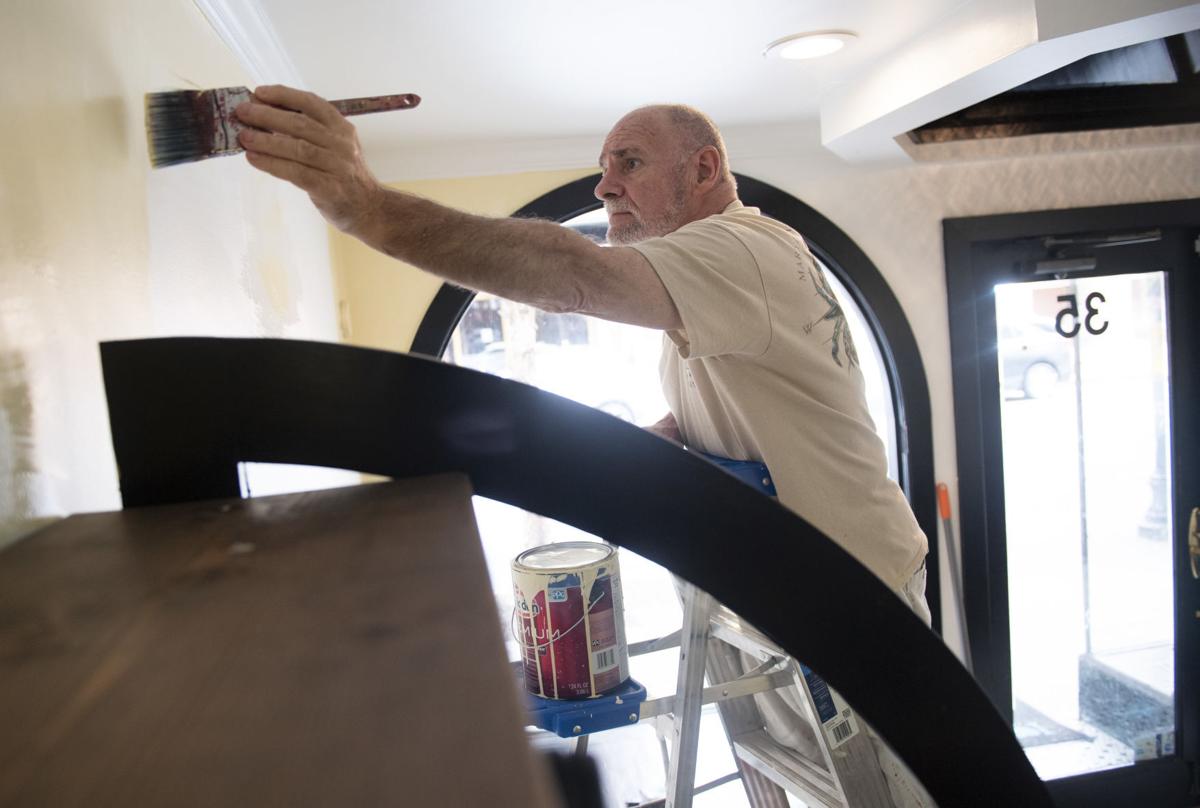 Mike McKinney paints a wall in in preparation for opening Market Beans and Boba, a cafe that will serve coffee and bubble tea in downtown Frederick.

Megen McKinney paints a wall in preparation of the opening of Market Beans and Boba, a cafe that will offer coffee and bubble tea on North Market Street in Frederick.

Mike McKinney paints a wall in in preparation for opening Market Beans and Boba, a cafe that will serve coffee and bubble tea in downtown Frederick.

Downtown Frederick has not been immune to the effects of COVID-19. Moving forward, the downtown might look slightly different, as businesses close their doors for good, new ones move in and yet others are reopening with new names and concepts.

More businesses have closed than typically do in a year, said Kara Norman, executive director of the Downtown Frederick Partnership. However, not all of these closures are COVID-related, she said, and many of them are simply because the owners are retiring.

“I don’t know that any of us know exactly how the pandemic will affect things, but I will say, from the partnership’s perspective, we are really thrilled that people are continuing to move forward with their businesses during this time,” Norman said. “Because, clearly, it’s a time of uncertainty.”

Maxwell’s Kitchen was one business to shut its doors during the pandemic, but it’s now reopened with a new menu and name: Maxwell’s Burgers and Shakes.

While the restaurant tried to continue takeout, it was not financially viable to continue long term, said front-end manager Rachel Anderson. Now, the menu is more take-out friendly and centers around one of the restaurant’s previous items — its hamburgers.

“So we decided to do something that can be packed to travel and reheated as needed, make it a 30- to 40-minute ride and still be the quality that we would present to you at the table,” Anderson said. “And we have successfully been able to do that so far.”

The restaurant has only seven tables, so take-out has to be a key part of its fare. While the restaurant works on getting outdoor seating, it is currently offering its menu to patrons of Tenth Ward Distilling next door.

Anderson stressed the importance of the restaurant using local ingredients in its food, as well as serving local beer and wine.

“Because if it wasn’t for the community, we would not have gotten through this or had such great feedback opening up,” Anderson said.

In addition to the local ingredients, the restaurant is using its wall space to let local artists display their work free of charge. Artists will receive 100 percent of their sales if anything is purchased.

“I personally have a huge connection to art, I love art. And we really just want to help out as many people [as we can],” Anderson said. “This is one of the routes that we’re going right now just to see how it works, and so far everyone’s kind of jumped on board for it.”

Another restaurant to recently close its doors is Volt. While Volt has not been open at all during the pandemic, there are signs that a new restaurant from chef Bryan Voltaggio could be coming soon.

Voltaggio filed a transfer of Volt’s liquor license to a new business named Thacher & Rye — at the same location on Market Street — according to the agenda for the upcoming Sept. 15 meeting of the Frederick County Liquor Board. Voltaggio could not be reached for comment.

A new coffee shop is also in the works at the former location of Posh, a boutique which is still operating online. Mike McKinney, his wife Patricia and their daughter Megen Shay McKinney are preparing to open Market Street Beans and Boba, in October.

The family has owned a coffee shop — coincidentally called Market Street Coffee in Purcellville, Va. — for the last 16 years. After moving to Frederick last year, they decided to start looking for a location for a new coffee shop. They finally made the leap back in June, when they started leasing the space. They will be closing their Purcellville location and bringing their equipment up to the new location.

The menu will feature a variety of traditional Italian coffee drinks in addition to bubble tea and seasonal specialty drinks.

Megen McKinney, who has been working at her parents’ shops since she was 15 years old, developed the menu for the Frederick location. Specialty drinks include the Aztec Mocha (dark chocolate, cinnamon and French vanilla), the Crab (white chocolate and caramel), and a Pumpkin Harvest Chai (a chai latte with pumpkin). The menu will also include gelato, which they source from D.C. The provider also supplies the Smithsonian and Nationals Park with their gelato.

The McKinneys are excited to open in Frederick, where they will have a central downtown location. In Purcellville, there was not much foot traffic as the town is largely a bedroom community.

“So this is such a big change in dynamic and the flow will be completely different,” Megen said. “So we’re very excited to get to know the town and the businesses around us as well.”

One casualty of the coronavirus pandemic is Doner Bistro on Carroll Creek, which closed in April when the owners decided to focus on their Leesburg, Va. location, according to a Facebook post from their page. Douglas Vaira, who owns the restaurant Domestic in Shepherdstown, West Virginia, is moving into the space.

While not all the new businesses have opening dates on the horizon, Norman hopes that the Frederick community will show its support when they do open — and to the rest of downtown Frederick.

What: Maxwell's Burgers and Shakes

Anybody know if Wags is closed for good?