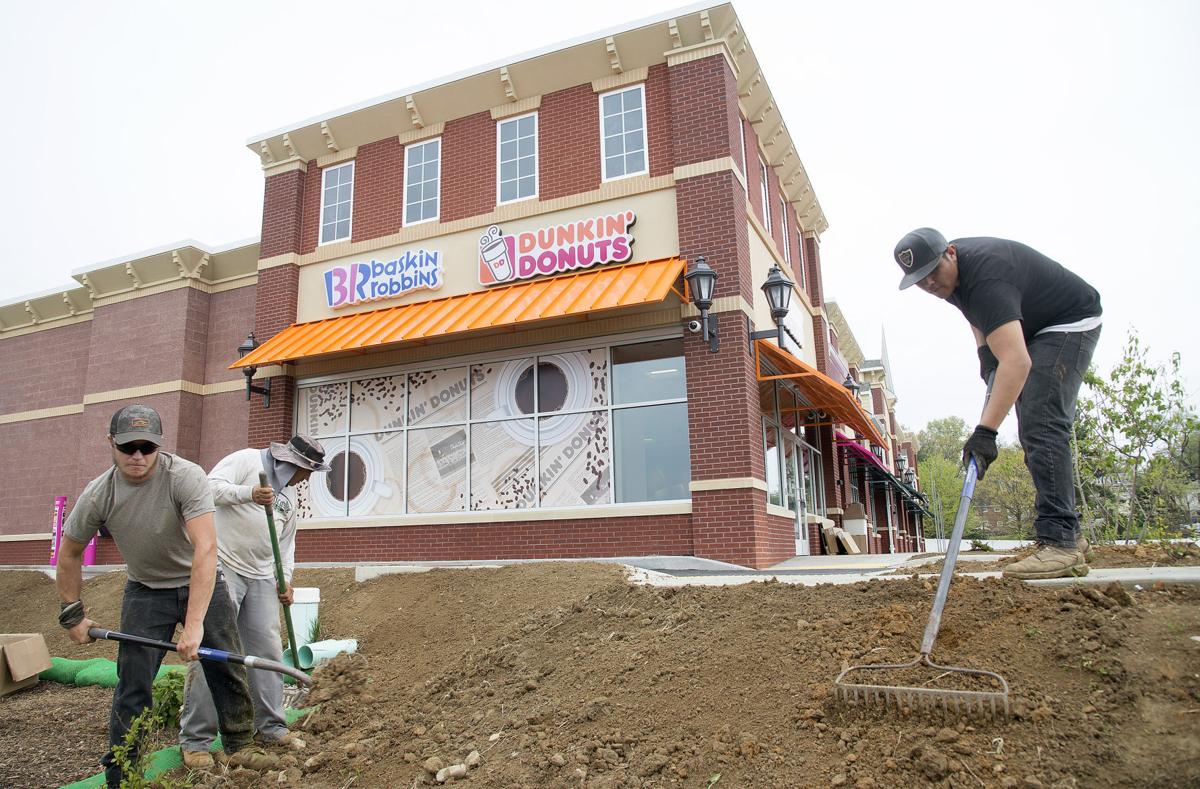 From left, landscapers from Botanica Landscape in Hagerstown, Ryan Lewis, supervisor, Estorgio Mendoza, and Jose Villafuerte, work on Friday next to the new Dunkin’ Donuts, part of Cross Stone Commons in Middletown. 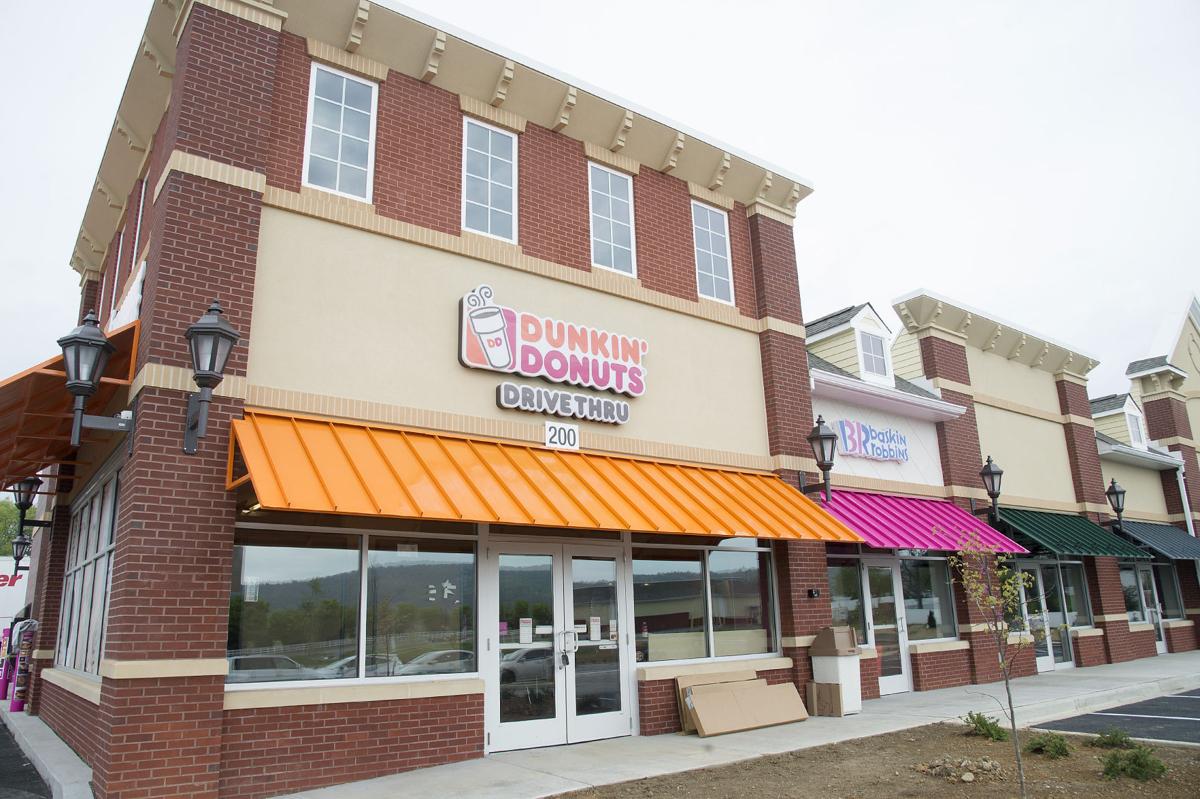 A new Dunkin’ Donuts is part of Cross Stone Commons in Middletown.

From left, landscapers from Botanica Landscape in Hagerstown, Ryan Lewis, supervisor, Estorgio Mendoza, and Jose Villafuerte, work on Friday next to the new Dunkin’ Donuts, part of Cross Stone Commons in Middletown.

A new Dunkin’ Donuts is part of Cross Stone Commons in Middletown.

Middletown residents should have a few new dining options by the end of the summer, with several restaurants included in a project along Middletown Parkway.

A Dunkin’ Donuts/Baskin Robbins store will be the first of the four tenants in the Cross Stone Commons project’s first building to open, probably next weekend, said Victor White, chief operating officer of the Hogan Cos., the project management and leasing firm for the project.

The building, which is slightly less than 12,000 square feet, will also house Italian and Mexican restaurants and a nail salon. Those businesses will probably open in the summer, White said.

With the first building nearing completion, White said they’ve gotten enough interest from potential tenants to begin designing the second of three lots on the site with a 7,000-square-foot building that will house three or four businesses.

The Cinco de Mayo restaurant is expected to have a section for outdoor patio seating, he said.

Cinco de Mayo has received a conditional approval for a liquor license, said Kathy Vahle, administrator for the Frederick County liquor board.

She said she hadn’t received an application for Fratelli’s Italian Restaurant.

Both restaurants will probably have more evening hours than lunch hours, White said.

White said that although the demographics of the Middletown area are good, that shortage of daytime customers has always been a challenge in drawing tenants to the project.

“Population has always been one of the negative factors” when trying to attract restaurants, he said.

But the commuters that make Middletown a challenge for some restaurants helped attract Brent Fauntleroy, the owner of the company that owns the Dunkin’ Donuts/Baskin Robbins location.

His store will open at 5 a.m., and he’s hoping some of those people leaving Middletown in the morning will stop for coffee or to pick up doughnuts for the office before heading to work.

Fauntleroy said his company has been trying to get into the Middletown site for three years.

He thinks the market is right for a place where people can get breakfast on their way to work.

“Middletown needed [something],” he said.

Middletown development project expected to be done by spring

Work on a new business project in Middletown is expected to be finished by the spring.

Fauntleroy is most likely right for the need of a breakfast place, although there is one, Dempsey's Grill, which is very good. Good prices, good food, good service. It will take all of that for the new one too. The Italian Restaurant is interesting, it will be conveniently located and there is plenty of free parking, which is somewhat of a problem in the Middletown business section. The Main Cup does have good parking and Dempsey's Grill is close to a parking lot.

Only if you eat them, but they are delicious.