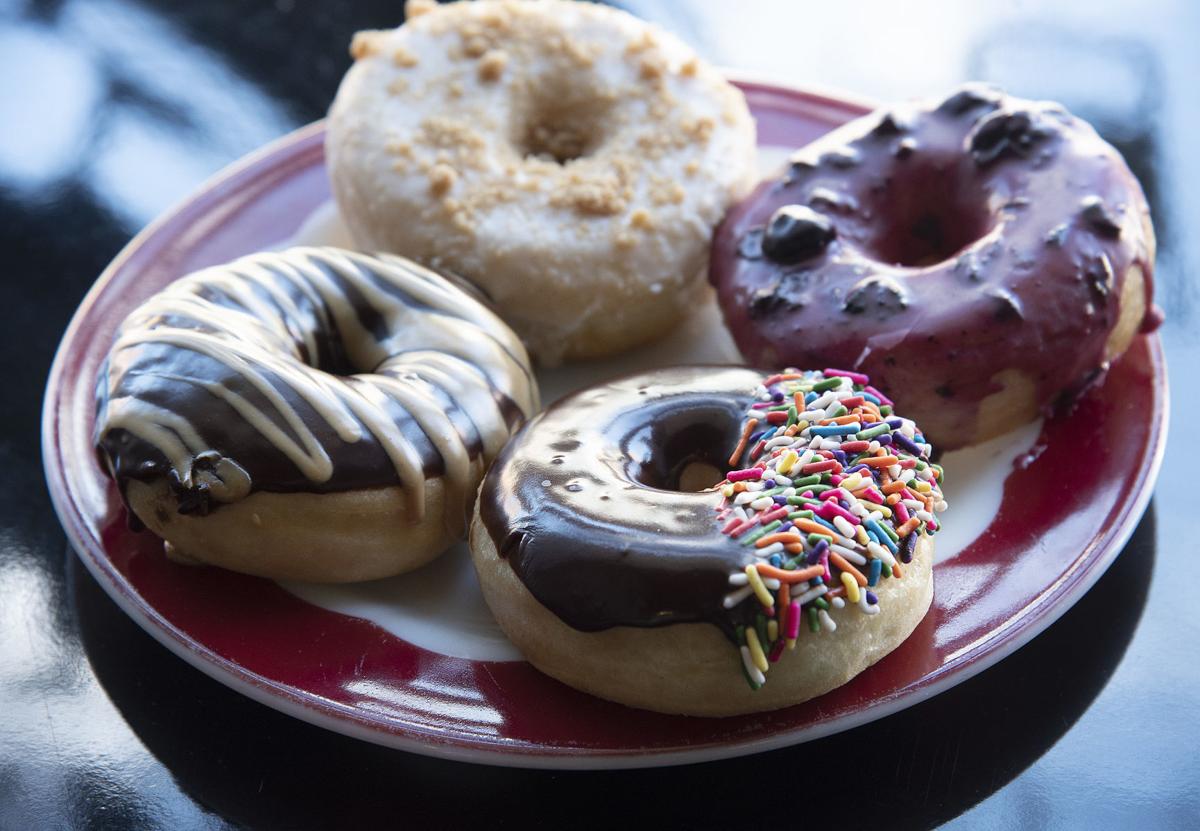 A plate with four of the vegan doughnuts available at Glory Doughnuts, including chocolate peanut butter, French toast, blueberry glazed, and traditional chocolate. 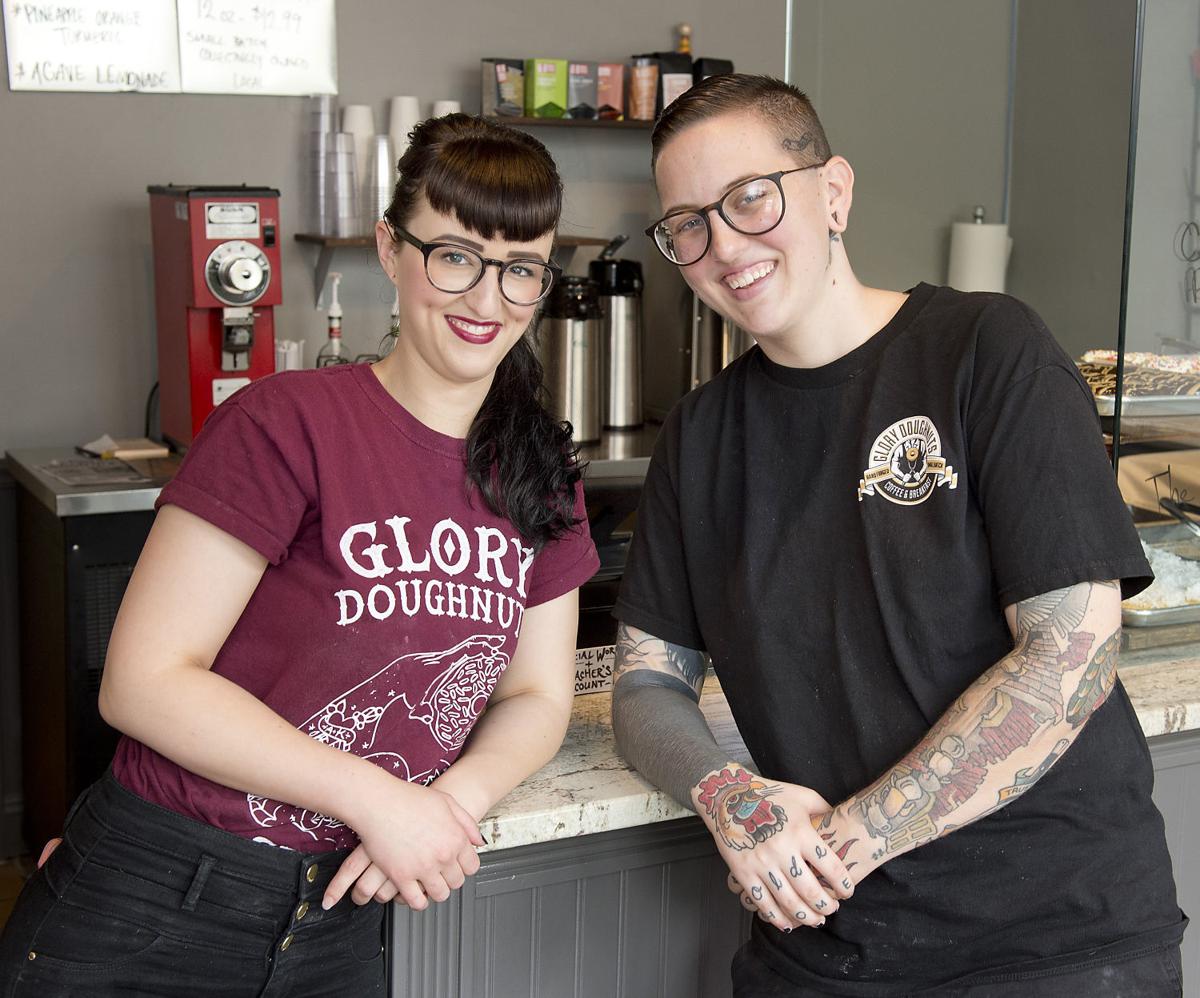 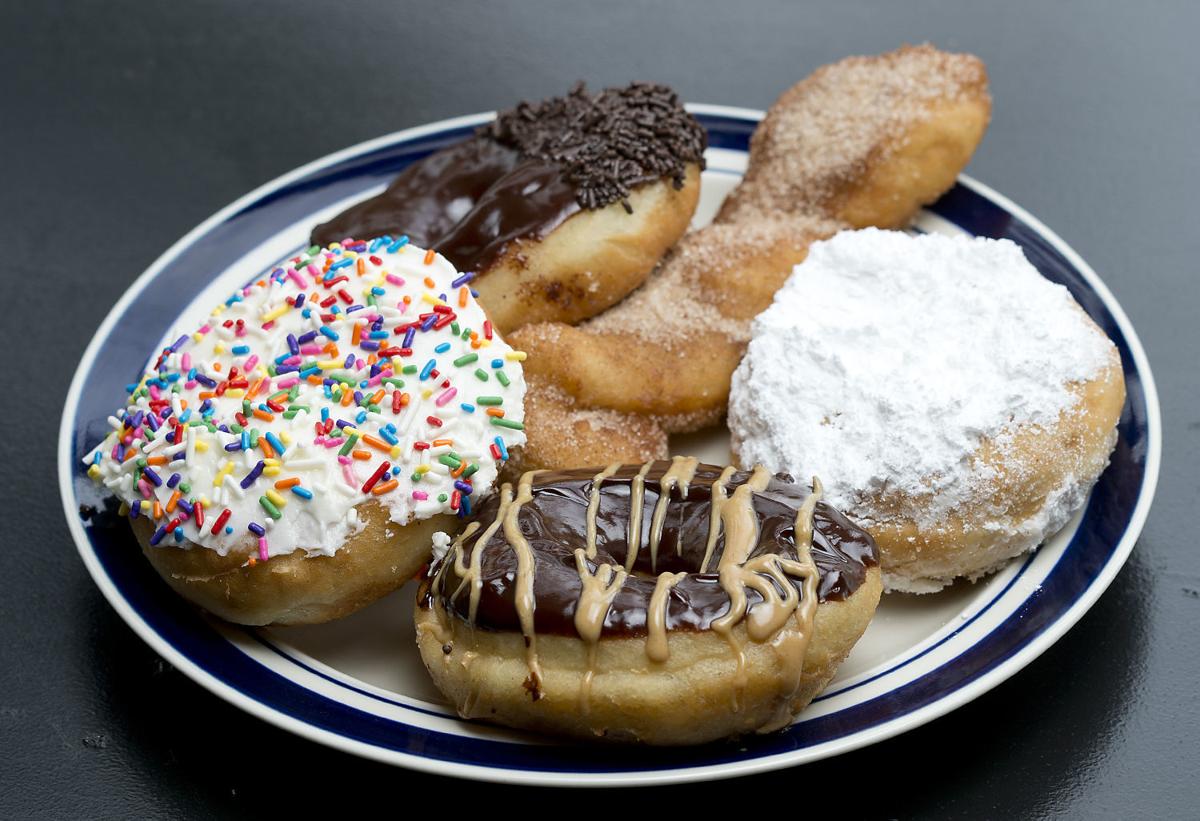 A variety of doughnuts that are made from 100 percent plant-based materials.

A plate with four of the vegan doughnuts available at Glory Doughnuts, including chocolate peanut butter, French toast, blueberry glazed, and traditional chocolate.

A variety of doughnuts that are made from 100 percent plant-based materials.

If you've ever been stuck waiting at Glory Doughnuts at 7 a.m. in a line that extends out the door, do-nut panic: a much-"kneaded" expansion is on the way.

The wildly popular vegan doughnut shop and diner announced this week they'll be expanding to a second location in Frederick.

Glory Dough & Diner is expected to begin selling doughnuts by August, and the front of the house will open for customers by October, according to the social media post.

Their current location at 244 E. Church St. opened in May 2015. Their focus on vegan ingredients and a menu filled with comfort food made them an immediate hit in the community. Many mornings, residents will line up waiting before the restaurant opens to grab doughnuts. Their current location, a relatively small, narrow spot, can sometimes mean lines form from the register and extend outside.

The company also launched a new T-shirt line to go along with their expansion that also is a nod to Pride Month, which is celebrated in June.

The Dish: Getting a sugar rush at Glory Doughnuts

East Church Street seemed to stretch for miles, as roads tend to do when there are doughnuts at the end of them. At 10 a.m. on a gray Friday, …

Welcome! I wish you great success. Just told my kids about it and they are asking to call there today. Patrick Street is a busy street, albeit 1 way at that location. Locals can help this business stay afloat by telling others about it and supporting their business. I love the idea of Vegan donuts! Best wishes from another small business owner in Frederick.

Personally, every restaurant that has ever opened there closes within a year. The tea room made it a little longer but it also closed. Something about that location, which is highly visible but has low foot traffic makes it a bad location. I wish them the best of luck but since the 90's too many have failed.

The tea room didn't fail, they closed because the owner retired. They were successful in that space.

I don't know if it's the location. Le Parc Bistro is across the street and has been open a while. Also, as pointed out, I think the tea room's owner retired.