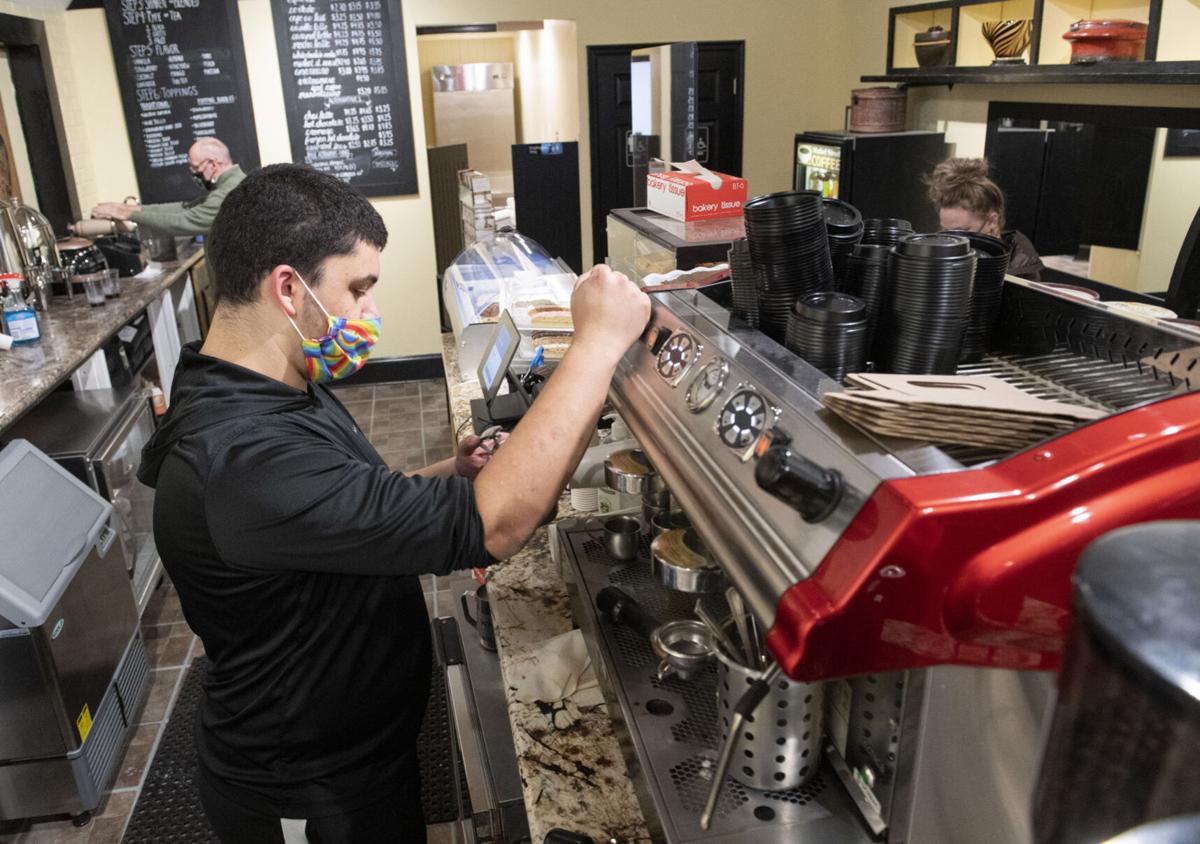 Chris Frank, a barista at Market Street Boba & Beans, prepares espresso for a customer Thursday at the newly-opened cafe on North Market Street in Frederick. 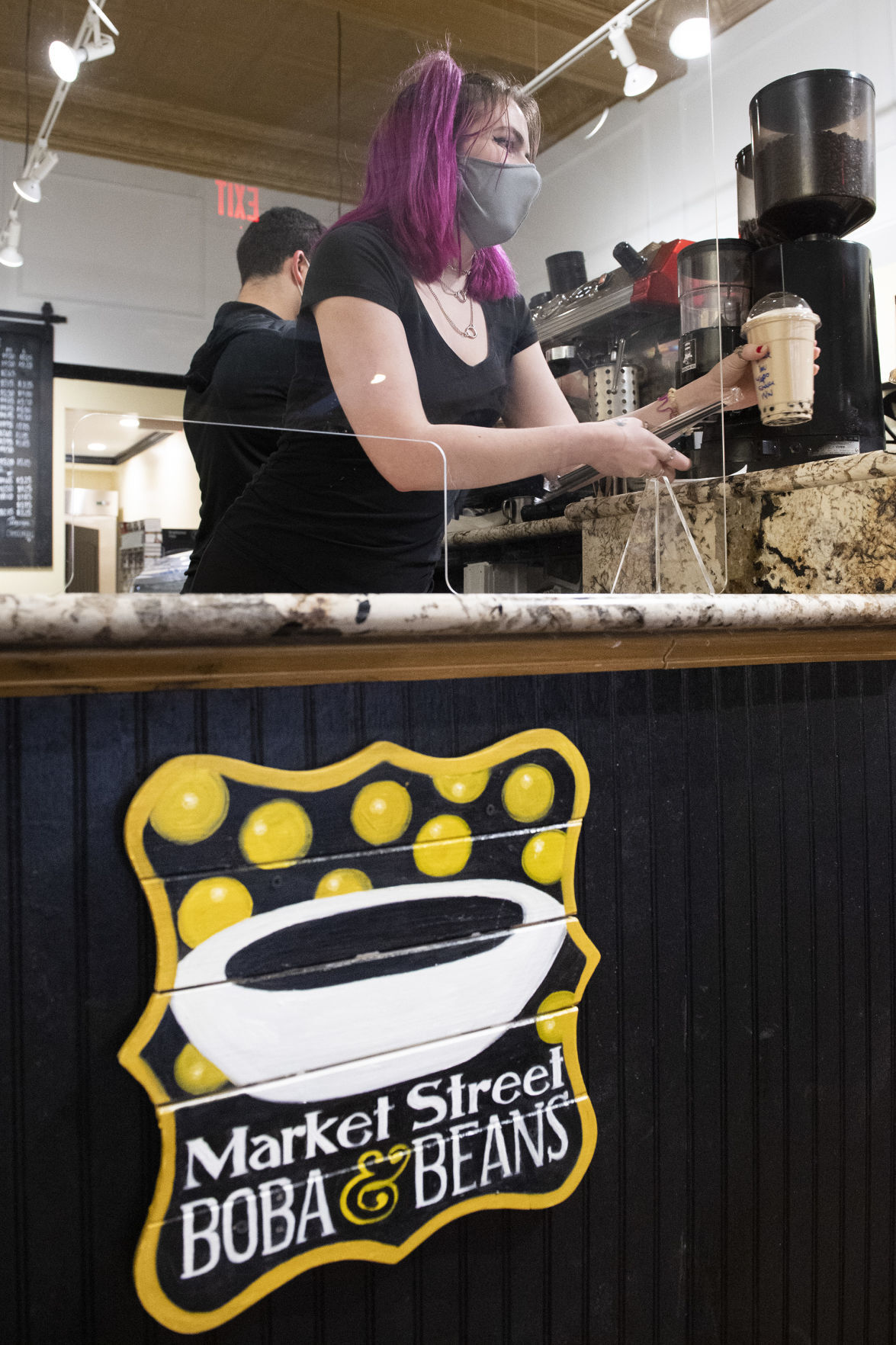 Chloe Wakefield, a barista at Market Street Boba & Beans, hands a bubble tea to a customer Thursday at the newly-opened cafe on North Market Street in Frederick.

Chris Frank, a barista at Market Street Boba & Beans, prepares espresso for a customer Thursday at the newly-opened cafe on North Market Street in Frederick.

Chloe Wakefield, a barista at Market Street Boba & Beans, hands a bubble tea to a customer Thursday at the newly-opened cafe on North Market Street in Frederick.

There’s a new coffee shop in downtown Frederick, although the owners have more than 15 years of experience brewing drinks in Purcellville, Virginia.

Manager Megen McKinney said her parents, Mike and Pat McKinney, wanted to retire in Frederick, where she attended Hood College. They had fallen in love with the city’s eclectic vibe and walkable downtown.

While they relocated to the city a little over a year ago, they were unable to find an available spot until the pandemic, when Posh Boutique closed its physical location.

“We also like all the independent-owned stores that are down here versus chains,” Mike McKinney said. “And I think [Frederick] just presents a really nice neighborhood feel to it versus just going to a strip mall [and] grabbing a cup of coffee.”

The McKinneys owned Market Street Coffee in Purcellville until it closed in 2020. Finding a spot on Market Street in Frederick seemed like a good sign. They have been renovating the space since last fall, building booths and a coffee bar. The shop is outfitted in gold and black fixtures with a warm vibe.

“We looked at this spot, and it was just the perfect space where we wanted to be,” Megen McKinney said. “And we also figured that … 2020 gave us the preparation time that we needed to build out and get ready. ... The timing just seemed — oddly enough — very convenient to take that risk of opening a new shop.”

As the shop’s manager, Megen McKinney has come up with the majority of the menu herself, including the seasonal drinks and bubble teas the business prides itself on.

“If you want a peppermint mocha for [St. Patrick’s Day,] you’re more than welcome to have it,” Mike McKinney said. “You can really get any of the drinks in any combination you want to order any time of year.”

All coffee drinks are handmade without any automatic machines. In addition to the seasonal drinks, the shop has a classic European-style, coffee bistro vibe with espresso-based drinks such as americanos and lattes.

The “Boba” in the shop’s title refers to its custom bubble teas, which can be ordered in different ways, either hot or cold, shaken or blended, with a variety of tea types, flavors and toppings.

Now that the shop is open, the McKinneys are excited to become more embedded in the Frederick community. They said it’s been great to already see some familiar faces.

“It’s a great sense of community already,” Megen McKinney said. “We’re looking forward to just tightening that over time and also as the weather perks up a little bit, having more foot traffic and just getting to know downtown and the community and just becoming part of that.”

As a past coffee shop owner, I wish them well. Too many places around here just don’t to espresso beverages the right way. Will give a try for sure.