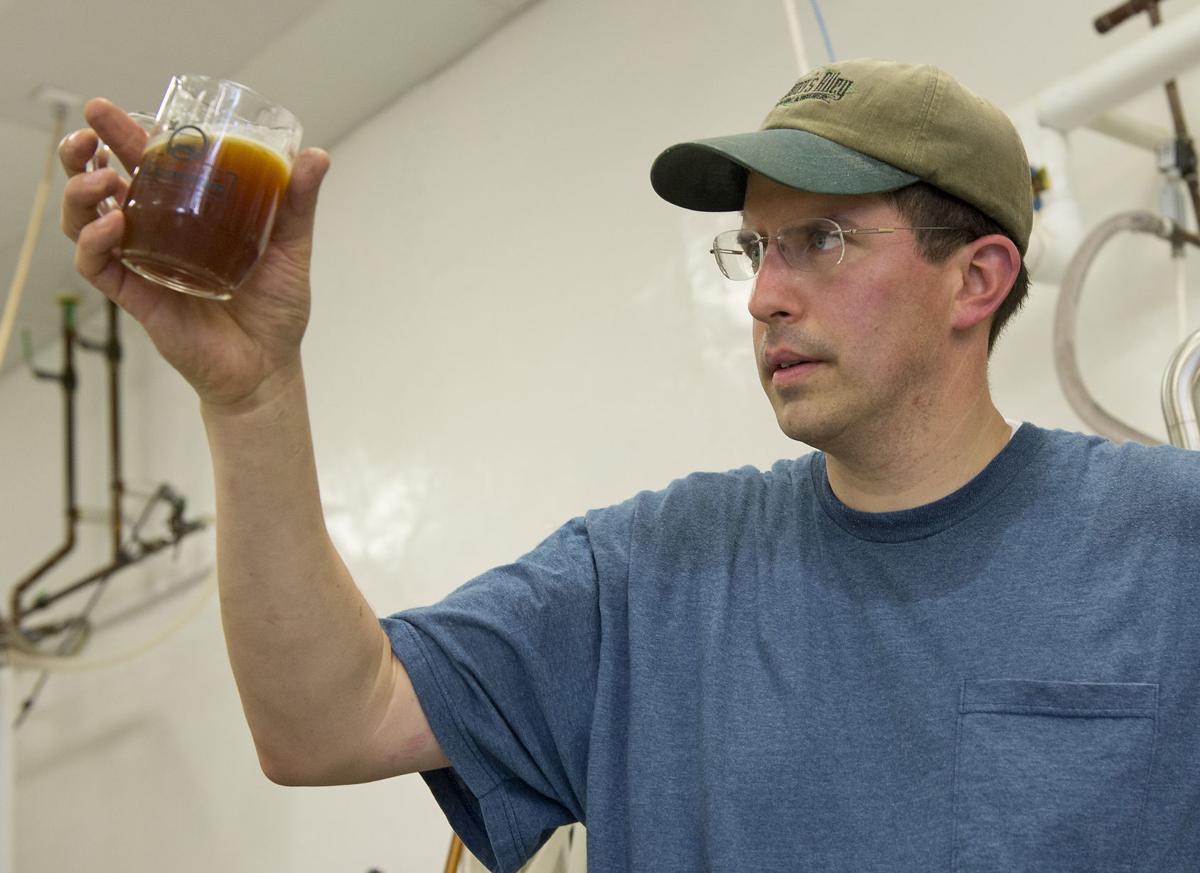 Tom Flores, brewmaster for Monocacy Brewing Co. and Brewer’s Alley Restaurant, examines a beer last year that was still in fermentation that was later served at the restaurant. 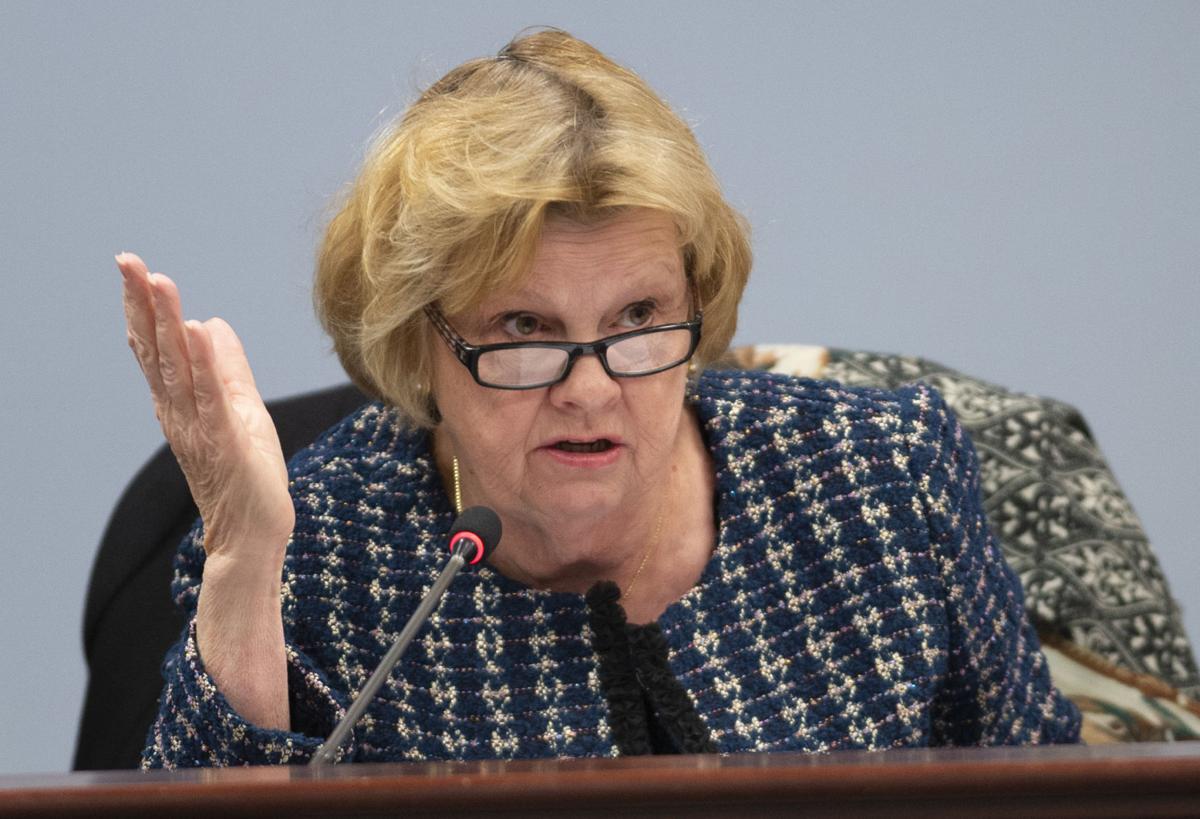 Small Maryland breweries could see the volume of beer they are allowed to brew double later this year, or state lawmakers could opt to limit the change to certain counties.

The Frederick and Montgomery county delegations each unanimously supported bills earlier this session to double the annual barrel limits of microbreweries in their counties from 22,500 to 45,000 barrels. The Brewery Modernization Act of 2019, however, would allow the change to occur statewide.

This has put Frederick and Montgomery counties — which border Virginia and D.C., where there are no barrel limits — in a potentially difficult situation as lobbyists for other facets of the beverage industry have argued the county bills should not move forward until the statewide bill has been considered.

“Our opposition to this bill is, in some part, rested on the fact that if we’re going to address these problems, it should be done on a statewide basis and done consistently, if possible,” J. Steven Wise, a lobbyist representing the Maryland State Licensed Beverage Association, said at a bill hearing on Monday.

Maryland has a three-tiered alcohol system made up of manufacturers, distributors and retailers.

The proposed bills — both county and statewide — would give more power to small beer manufacturers by increasing how much they can produce, sell on-site and self-distribute. Opponents argue this would undercut the business of the other two tiers.

Frederick County has the highest number of craft beer manufacturers in the state, but the more relaxed alcohol laws in nearby states potentially puts it at a competitive disadvantage when new breweries are deciding where to open.

Del. Carol Krimm (D-Frederick) and the owners of Milkhouse Brewery near Mount Airy and Brewer’s Alley in downtown Frederick defended the need to increase the barrel and sale limits to the House Economic Matters Committee on Monday as a way for small brewing businesses to plan how to grow and to attract new breweries to the area.

“We want to help our local businesses,” Krimm said in an interview later on Monday. “... It’s a way for us to support our local economy. There are businesses deciding where to locate. That’s happening right now.”

There are no known small breweries in Maryland that are meeting or about to exceed the current 22,500-barrel cap, according to Manis.

“One of the things we would look to is to have better reporting, so when we’re back again — and I guarantee you we’ll be back again, because it always seems to be that way — that we know exactly what we’re negotiating for ... and could actually have good discussions on who’s at what limit,” Manis said on Monday.

The barrel caps, however, may prove less important than the self-distribution caps that are also included in the county bills.

Under the county bills, small breweries would also be able to double the number of barrels they can sell through self-distribution from 3,000 to 6,000 barrels. This would delay the need for small companies to enter into franchise agreements with wholesalers to market and sell their product, which the wholesalers organization opposes, too.

The proposed change stems from the fears of small beer companies, which have to currently enter binding contracts with a distributor to sell more than 3,000 barrels.

“They should be using a distributor, but they’re scared to get into these agreements because they can’t get out of them,” Krimm said.

Julie Verratti, from Denizens Brewing Co. in Silver Spring, testified that increasing self-distribution caps was the most important change the county bills could bring to her business. Self-distribution allows her to build personal relationships with the people selling her product, have quality control over the sale of her product and offer seasonal beers.

She is in discussions with wholesalers to begin their sale of her product.

“I recognize the value of a wholesaler relationship, but I got to be honest: I’m absolutely terrified of the prospect of signing with one because I will be giving up complete control and basically forming a divorce-less relationship with somebody. What happens if that relationship goes south?” Verratti said.

The increased self-distribution cap would give her a buffer to sell her beer on her own and not go out of business.

The House Economic Matters and Senate Education, Health and Environmental Affairs committees will have to decide in the next four weeks — before bills must cross over to the opposite chamber — whether to support a statewide or county-by-county approach to increased craft brewing in the state. The committees could also settle on neither bill and keep the limits as they are.

Typically, local bills unanimously supported by a delegation would be given local courtesy by a committee and a favorable recommendation. Krimm was skeptical that would happen with Frederick and Montgomery’s microbreweries bills because of their broad impacts.

As long as the committees settled on a county or state increase, Krimm said she would support the legislation, “As long as we get the desired result. As long as our manufacturers benefit, that’s what we’re looking for.”

Staggering information but soon our Mayor, will be announcing the first annual "Chug Till You Puke" contest. Starting off at the nearest Brewery to you AND ya have to hit all 100 of them within 4 hour, Winner has too only craw back to your starting point, to claim your trophy!!!!! [beam] P.S.-that trophy will be in my hands first[thumbup][wink]