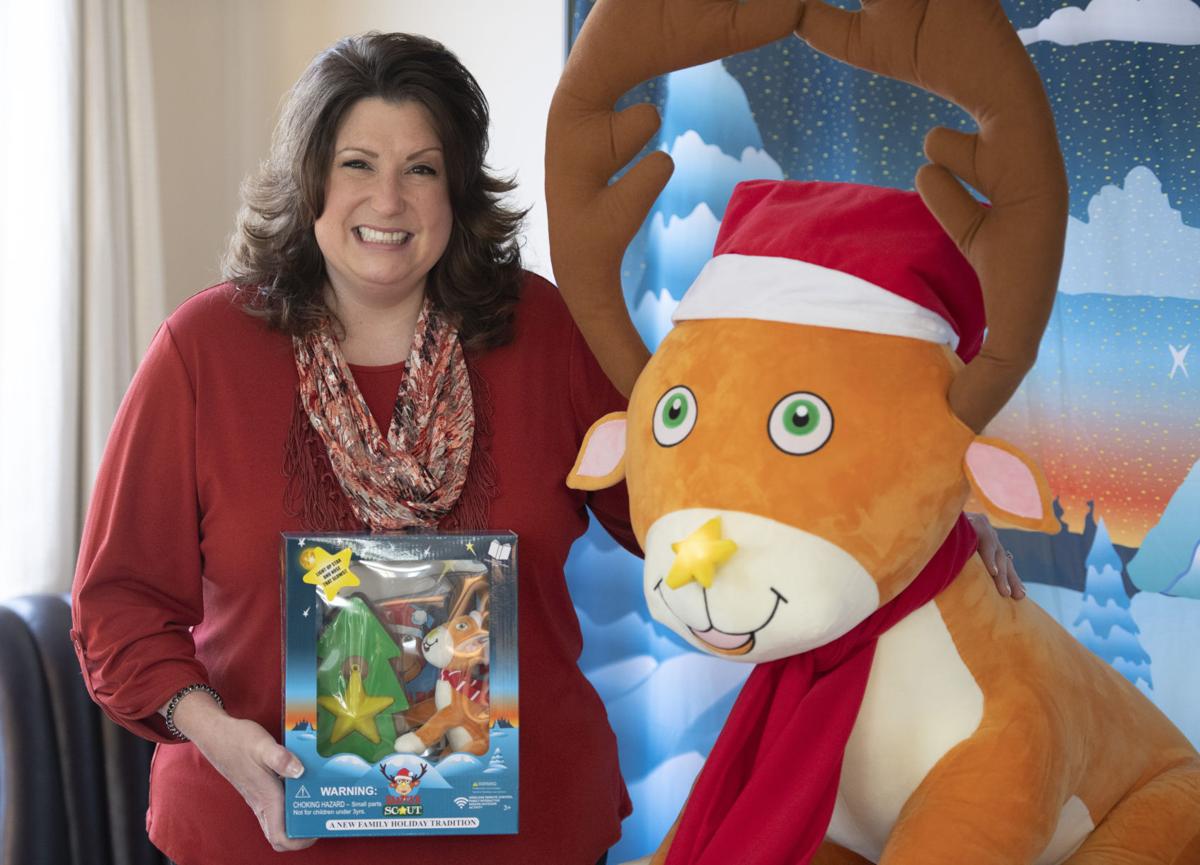 Michelle Budd poses with one of the Santa’s Scout toys she developed. 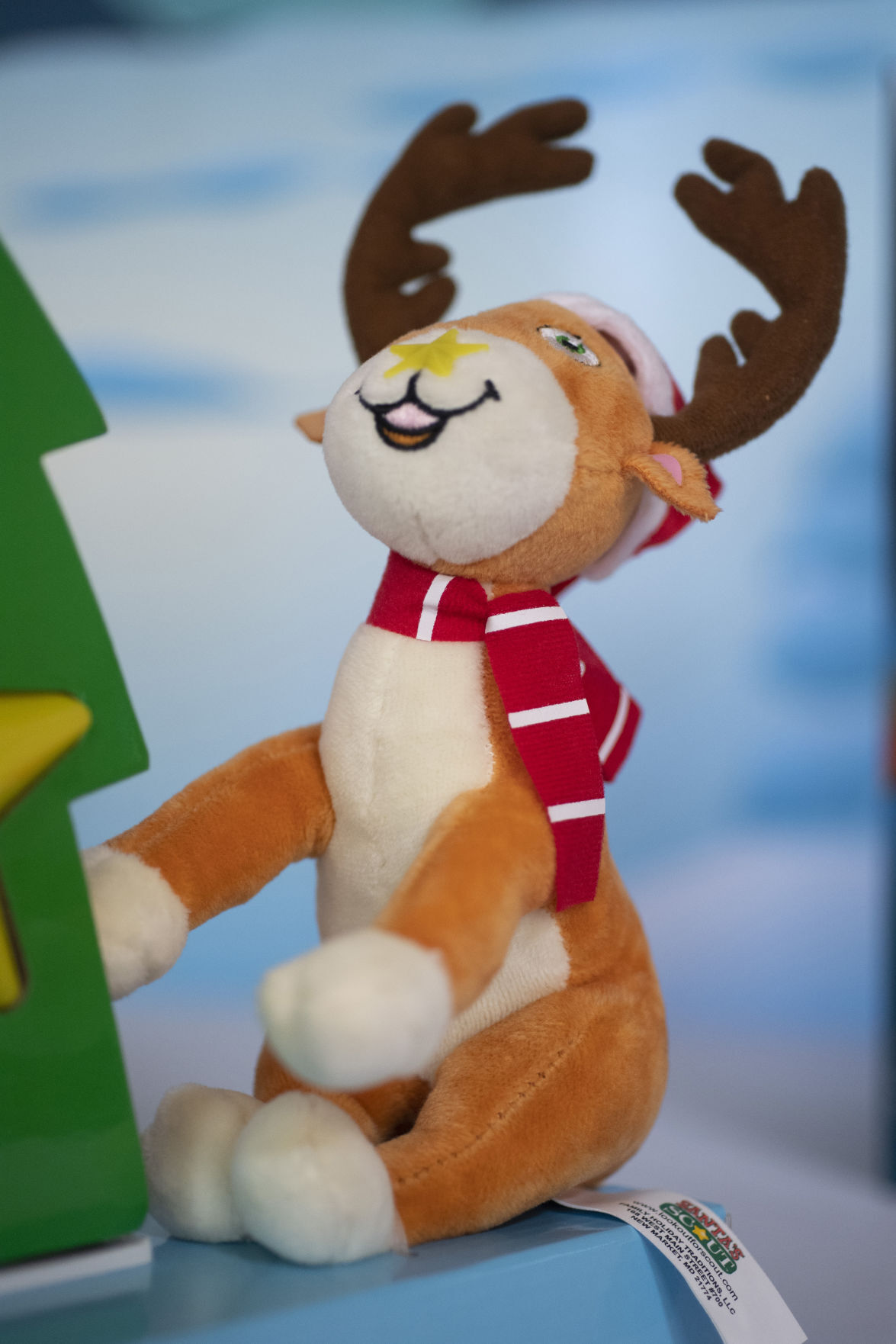 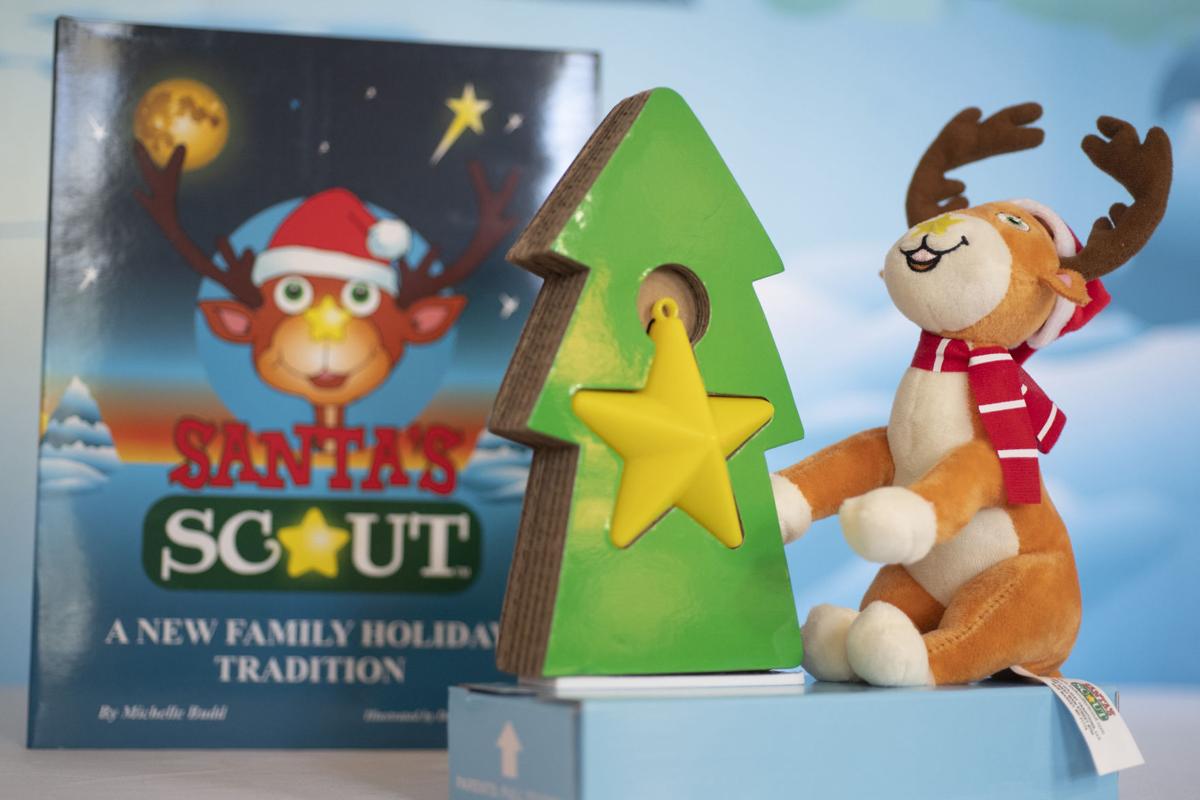 Michelle Budd poses with one of the Santa’s Scout toys she developed.

Michelle Budd grew up with her parents telling her and her siblings a story every holiday season about Santa’s Scout — a reindeer whose job it was to locate the good children’s houses for Santa on Christmas Eve.

The New Market woman has now taken that family tradition nationwide by publishing a children’s book about the character and designing a kit for families to use together around the holidays. The kit includes the picture book as well as a plush Santa’s Scout doll and a light-up star for parents to place in their yards. The star lights up with a remote control.

Families are encouraged to read the book together and learn about Santa’s Scout, and then put their plush toy in the window. Parents then hang their light-up star in a tree outside and use the remote to make it light up on Christmas Eve, signaling Santa’s Scout has arrived and Santa is on his way.

In recent years, Budd has introduced Santa’s Scout to her young son, which got the ball rolling on the business.

“We introduced this idea to him, especially after he challenged Santa Claus with questions on how he sees all good children and just one night on Christmas Eve. How does he find his home on Christmas Eve?” Budd said. “And we introduced the story to him, and he was so ... engaged and just so happy with the story that I decided to write a children’s book and really build out this character.”

Budd got to work writing the book, which was finalized in the summer of 2019. Then she began developing the plush toy, and was ready to send out trial kits by last year’s holiday season.

“It’s actually been very fulfilling,” Budd said on the process of creating the products. “I mean, it has certainly been a learning experience.”

Trial kits were received by families nationwide who used them during the holidays and gave their feedback to Budd. She was happy to hear that many of them had positive experiences using the Santa’s Scout kit.

“It’s definitely helping to reinforce their children’s belief in Santa and Christmas magic because the children physically see this star and their understanding is that they’re having a visit from Santa’s scout reindeer in their yard, which is fantastic,” Budd said.

Additionally, parents said the Santa’s Scout experience has helped their children prioritize good behavior, even after the holidays were over.

This year, Budd knows that families need something to look forward to more than ever before.

“Our objective was to really bring back simpler times for families and really bring forth an affordable activity that families can use at home with their children,” Budd said. “Just to have a new adventure and a new holiday experience, and ultimately that’s turned into ... family traditions.”

Yes and no. As a child I would say yes. As an adult, I'd say it's another chance for someone to lie to children and make money from it. I'm afraid I lost my inner child a long time ago, and sometimes I miss it. Why not build family traditions around doing something good for the environment or helping others? This is a case where a child was using critical thinking and the parent chose to use lies to address it. Why not design some trial kits for use around earth day?