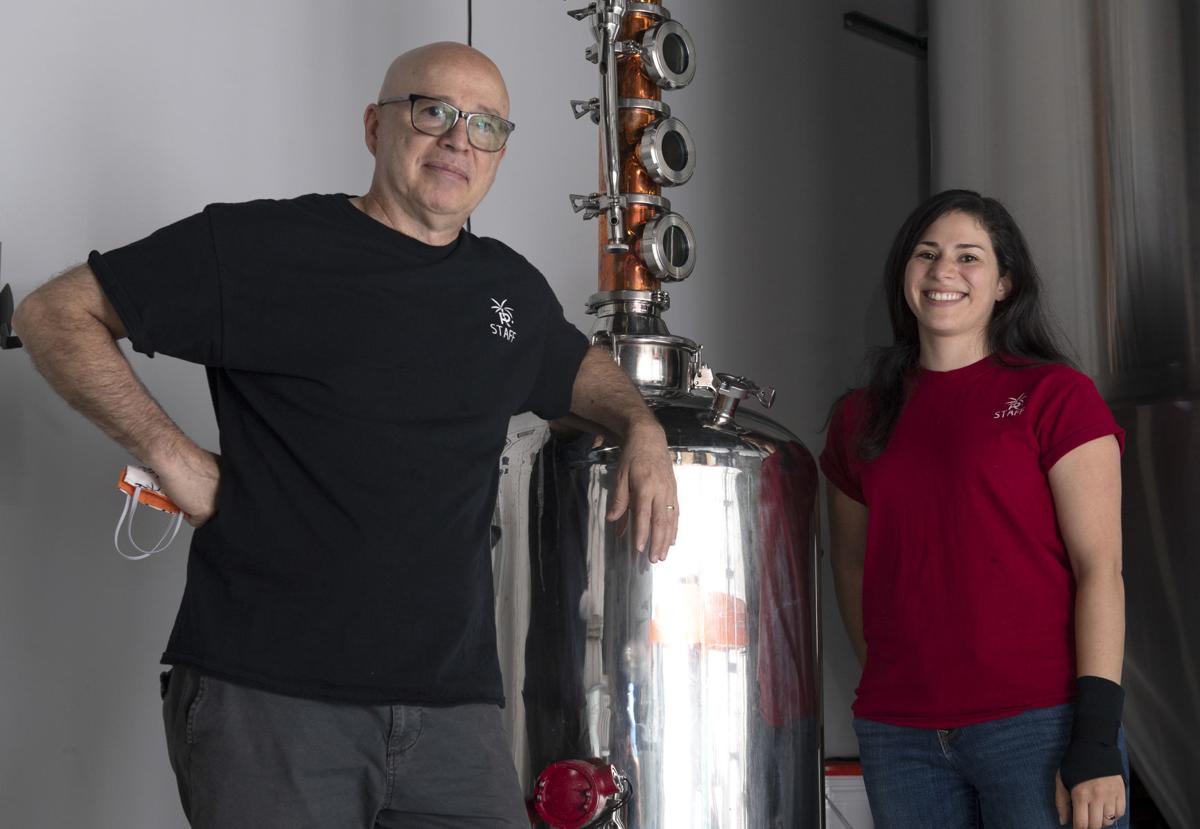 Angel Rivera and his daughter, Crystal Rivera pose for a photograph next to the still of their recently-opened Puerto Rico Distillery, located on Hughes Ford in Frederick. 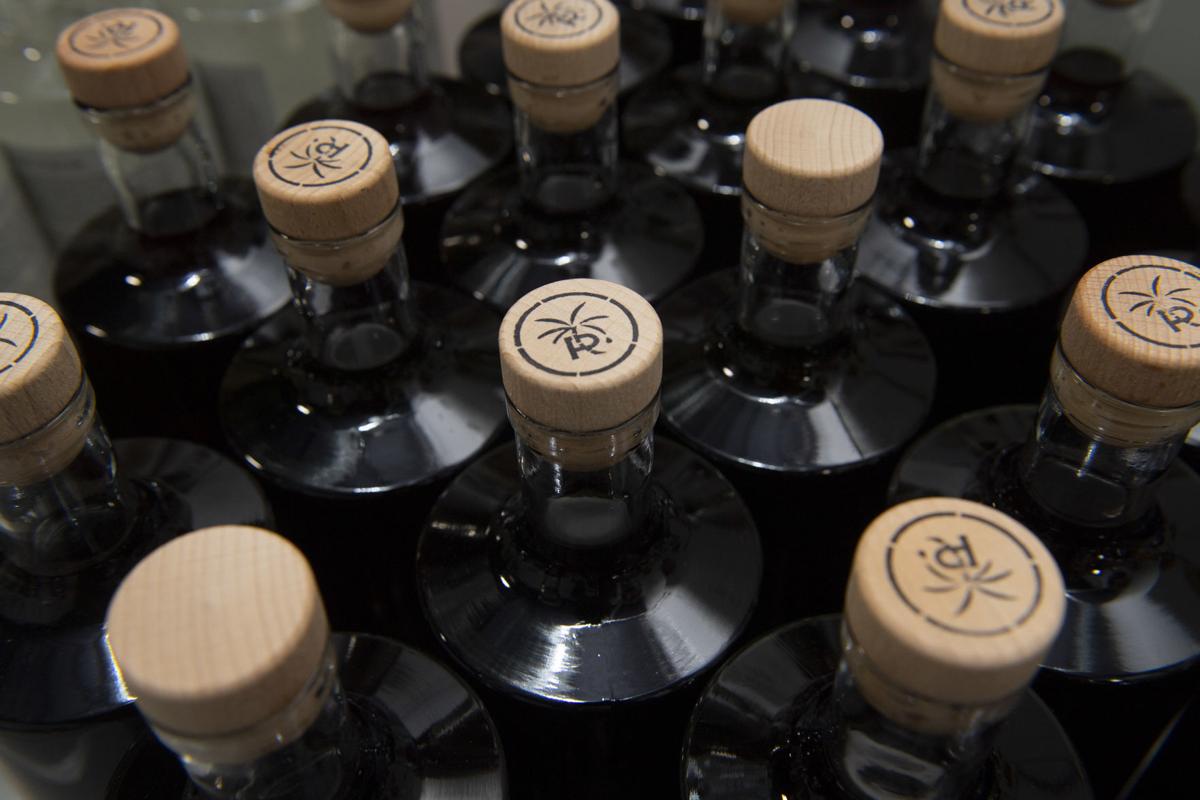 Bottles of rum at the newly-opened Puerto Rico Distillery in Frederick.

Angel Rivera and his daughter, Crystal Rivera pose for a photograph next to the still of their recently-opened Puerto Rico Distillery, located on Hughes Ford in Frederick.

Bottles of rum at the newly-opened Puerto Rico Distillery in Frederick.

Angel Rivera and his daughter Crystal have been planning on opening their own distillery for the last two years.

Angel explained that the spirit isn’t like the moonshine Americans usually think of, which is a corn-based whiskey. The “moonshine” part of the description just refers to the way it was originally produced — illegally. But pitorro has its own distinct taste.

“We did the legal part, but when it comes to the recipes, the formula and everything else, we follow what the moonshiners follow in Puerto Rico to make sure it has that distinct taste and flavor to the product,” Angel Rivera said.

Pitorro is stronger than typical rums, and is usually used in infusions or cocktails instead of as a sipping drink. Puerto Rico Distillery’s original pitorro, Clandestino, is 100 proof, or 50 percent alcohol.

Their other bottled product currently sold is a traditional pitorro, which is their original Clandestino infused with prunes, raisins and cranberries. The recipe was passed down from Crystal’s grandfather, and Angel then added the cranberries for his own personal twist.

The Riveras have been uploading tutorials to Facebook Live and YouTube to show viewers how to make their own infusion cocktails.

“I would love to see people coming up with their own infusions, and having that be more of a mainstream thing here on the mainland,” Crystal Rivera said.

El Morro is made with Clandestino as well, mixed with pineapple juice, grenadine and passionfruit concentrate.

While the Riveras had planned on eventually offering cocktails, they hadn’t expected to do it so soon. With the coronavirus pandemic, however, Gov. Larry Hogan allowed for bars to offer pre-made cocktails to-go, including distilleries.

They’ve made the most of the situation, however. They’ve been producing hand sanitizer and currently are offering curbside pickup six days a week and delivery two days a week. Orders can be placed on their website, puertoricodistillery.com.

While they hadn’t planned to open the distillery during a pandemic, they have been following the new allowances for businesses and regularly making changes to best optimize their potential.

“We’re both planners, which is good. And part of planning is planning for risk and being able to adapt and change,” Angel Rivera said. “Those skills came in handy.”

The Riveras became interested in distilling pitorro when their nonprofit Cultura Plenera got its hands on about 20 cases from Puerto Rico for a fundraiser. And they all were claimed almost instantly.

The father and daughter contacted the distillery in Puerto Rico who distilled the rum, Distilleria Sol Taino and quickly became their mentees. They traveled a few times to see the distillery’s processes and take them back home.

While the Riveras originally looked for locations near Columbia, where they’ve lived for over 20 years, they were eventually won over by Frederick’s welcoming attitude toward distilleries. Their location is right next to Dragon Distillery, which they said they didn’t know when they first looked at the property.

But they like the synergy of being next to another distillery, and have learned from the owners. They said McClintock and Tenth Ward have also been very helpful to them.

They’re excited to be open and to fully open when they are able.

“We are very proud of our culture and our traditions and we just want to show them in a positive light,” Angel Rivera said. “One of the things that attracted us to Frederick was that as we were doing research, and coming up here and looking around, we were seeing a very vibrant, very cultural, multiethnic, very welcoming and open community. So it felt like a place that we could come and add to that.”

Delivery available Wednesdays and Fridays. Orders must be placed by 5 p.m. the day prior.