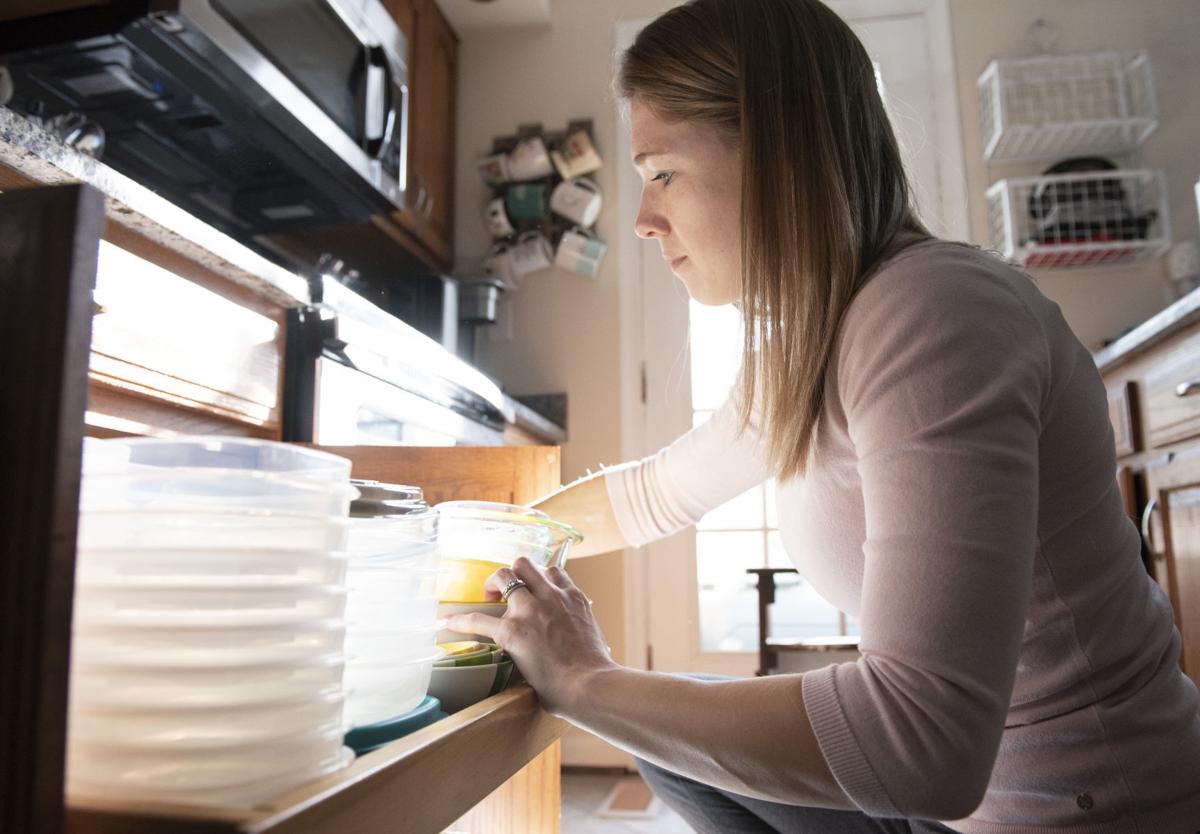 Carolyn West, owner of Organize Me!, sorts through a drawer in a client’s Frederick home. 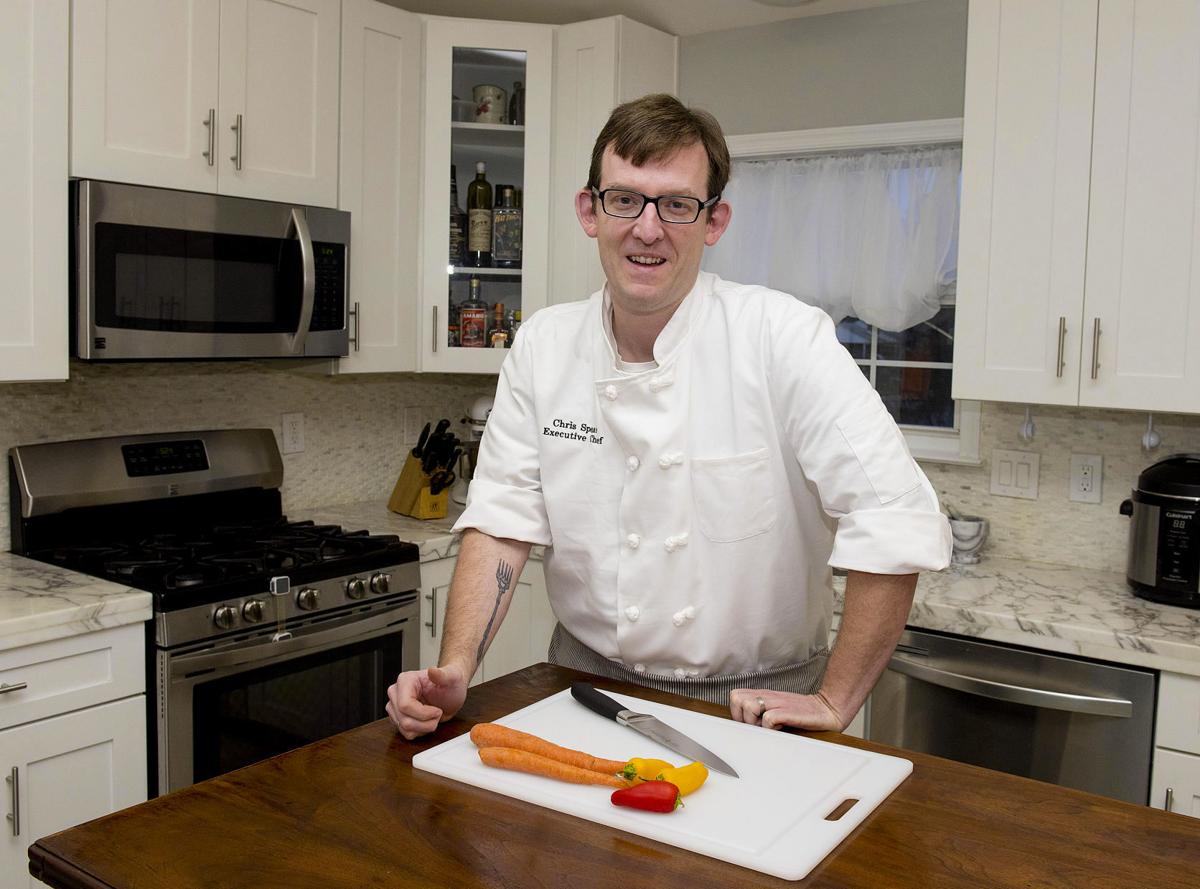 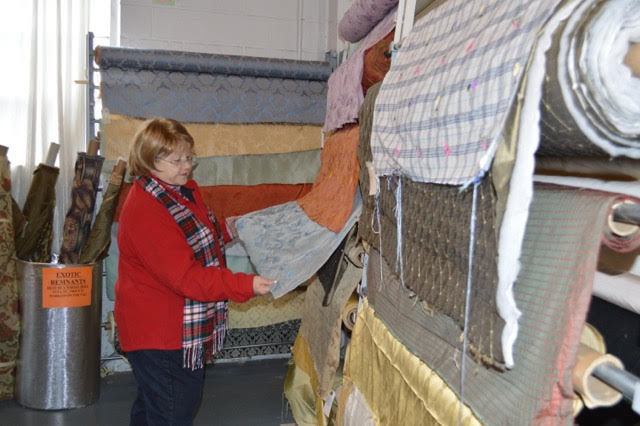 Valerie Teske, owner of Discount Fabrics USA in Thurmont, looks at one of the fabrics sold in her store.

Carolyn West, owner of Organize Me!, sorts through a drawer in a client’s Frederick home.

Valerie Teske, owner of Discount Fabrics USA in Thurmont, looks at one of the fabrics sold in her store.

In Frederick County, there are a variety of unique businesses that are thriving in the area due to the proximity to Baltimore and Washington D.C., but also because these business owners see a niche market in Frederick.

Some believe distinct businesses do so well in Frederick because it is symbolizes how different the county is.

“It’s the whole entrepreneurial spirit here,” said Helen Propheter, director of the Frederick County Office of Economic Development. “When you have a community that embraces different business ideas and different passions, as long as you can successfully market that passion and people get what that unique business is, it makes sense and it’s welcomed into our community.”

Propheter said the more diverse the business community is, the better, adding that the community speaks to who Frederick County is when it comes to embracing entrepreneurship, small businesses and startups.

One diverse business, Discount Fabrics USA in Thurmont, sort of started as an accident. The owner, Valerie Teske, was a mathematics and economics professor at the New York Institute of Technology. She had a friend in Tennessee who owned a fabric store and asked for Teske’s help in selling some of the fabrics.

Soon after, a truck full of fabric pulled up at Teske’s home. Teske, knowing nothing about fabric, put an advertisement in The Washington Post to sell the textiles which generated a lot of inquiries. She ended up selling almost all of it without measuring the fabrics or knowing what to charge.

Her friend in Tennessee then sent her more fabrics to be sold, and the rest is history.

“I learned really quickly that some people are fascinated by fabric,” Teske said. “I learned a lot about fabric and opened a small store and then opened a storage warehouse and bought a bigger building. I still see the same people coming that came in the 1990s.”

Discount Fabrics USA has been opened since 1994 and offers more than 7,000 upholstery and drapery fabrics in a 13,500-square-foot warehouse on N. Carroll Street.

Teske said the fabrics sold in store come from countries such as Belgium, Thailand, Canada and New Zealand. Others are 100 percent American made and come from South Carolina, Georgia and other southern states.

Fifty percent of her customers are walk-ins, and she said people have visited the store and not found what they were looking for.

“That happens when they don’t really know what they’re looking for,” she said. “But anything can be ordered from the store.”

For being a unique business she’s “surprised” at how successful it is, explaining that people travel far and wide to come to her store.

“We’re sort of a touristy spot,” she said.

Many customers, she explained, visit relatives in the area, especially around the holidays, and come and visit the store “because where else can you play with fabric?”

“People regularly drive here from New York oddly enough,” she said. “And I know they sell fabric in New York.”

One lady recently traveled from upstate New York just to come to the store, she said.

“I asked her if she was visiting somebody and she said, ‘no, I just need fabric and I want to be sure it was right,’ and that’s pretty common,” she said.

Another unique business owner fell into the business after she had many different jobs that just didn’t feel right. Carolyn West loved to clean and declutter spaces, so she started Organize Me Frederick.

With her business, West goes into a client’s home or business, organizes a certain room and gets rid of the extra, unwanted stuff. Most of the client’s unwanted belongings are donated.

“People usually call and say that they’re fed up with the stuff in their house,” she said. “They don’t really know what to do with it or how to go about decluttering, so I come in and help them sort through the stuff that they want or don’t want to keep anymore.”

West, who started the business in July, said it remains successful because “people don’t like to declutter their own stuff.”

“They just don’t like getting overwhelmed, and for me it’s not something that bothers me,” she said. “I can walk into a room that’s full of stuff where the client just closes the door and walks away and can’t deal with it. I can get in the zone and focus and work without getting overwhelmed and wanting to stop.”

Organize Me Frederick services Frederick County and up to 30 miles outside of county lines. West said she currently has about 30 clients, adding that some are repeat customers. A room can take a few hours up to a whole day to organize, depending on the quantity of clutter.

When she tells people about her business, she said people assume she spends a lot of time buying storage containers and shelving units.

“Honestly,” she said. “People always ask me, ‘wow, so you buy a lot of shelving stuff?’It’s not really that. It’s more of getting rid of people’s stuff and working with what they already have and not spending more money.”

But when others mention that they’ve never heard of such a business, they say they can use her service in their own home.

“It’s something that people don’t know that they need until they find me,” she said.

Perfect Little Bites is a unique spin on a catering company that services the county and its surrounding areas. Owner Chris Spear is an in-home personal chef for couples and small parties who want a different dining experience than they'd receive in restaurants. He also offers in-home interactive cooking classes where his clients help make not just one food item but a multi-course meal they get to eat afterwards.

Spear decided to be an in-home personal chef because he always wanted to own a restaurant but noted they're expensive ventures.

“I want to bring the restaurant experience to people without all of the baggage that comes along with that,” he said. “I worked for a catering company about 15 years ago and they only did big parties. People would call all the time and say, ‘can you do an anniversary party dinner for two?’ and they just weren’t interested in doing it.”

The catering company then offered him extra money to cater smaller parties.

“After just one I thought, ‘maybe I could make a job of this doing small parties in home,’ and it just kind of hung in the back of my head,” he said. “When we moved to Frederick in 2007 I thought that this seemed like a great place. Frederick is a food city, it’s both in the D.C. and Baltimore markets and I just started thinking how I could do that thing where I could bring a restaurant experience to people’s homes.”

He started the business in 2010 and provides all of the cooking equipment, china and linen for the class or dinner experience.

“That’s where I wanted to stand out,” he said. “I really like to say that I provide a restaurant experience in your home. And if you think about what that means, you go in a room and the table is set with silverware and linen napkins and it’s plated in a nice way and it’s served to you at the table, that’s something I wanted to do."

He has no set menu and offers a variety of different cuisines. To learn more about the client’s palette he sends out a questionnaire that asks questions about how adventurous they are when it comes to trying new foods, spice level, foods and cuisines they love and hate and any dietary restrictions.

With that information, he builds a menu on those answers and then sends a menu proposal with a bunch of different selections within a course.

He said customers can also have a mixed-cuisine menu that consists of an Italian starter, a Mexican entree and a Cajun dessert.

“I always said if you can go downtown and find it in a restaurant, i’m not interested in making it,” he said.

These businesses are just a sample of what the community doesn’t expect, which is what exactly makes them unique and successful.

Rick Weldon, president of the Frederick County Chamber of Commerce, believes that uncommon businesses are simply a reflection of the community’s diversity. He added that those entrepreneurs who open these businesses have to have a level of creativity and don’t accept the word “no” as a first response from a potential lender.

No matter what the unique business is, Weldon said they succeed because they’re “a little bit younger and a little bit hipper,” something that the older generation wouldn’t have prioritized or expected in the “typical business community.”

“It’s not like the standard small town where you expect to have a specific set of retail businesses and restaurants and bars,” he said. “I think people like things that are a little bit out of the ordinary and a little bit creative.”

People now pay someone to come organize their kitchen drawers? God we're worse off than I thought. The level of incompetence and snowflakery in Frederick knows no upper limit.

9. See farm animals, play games and chow down at the Great Frederick Fair