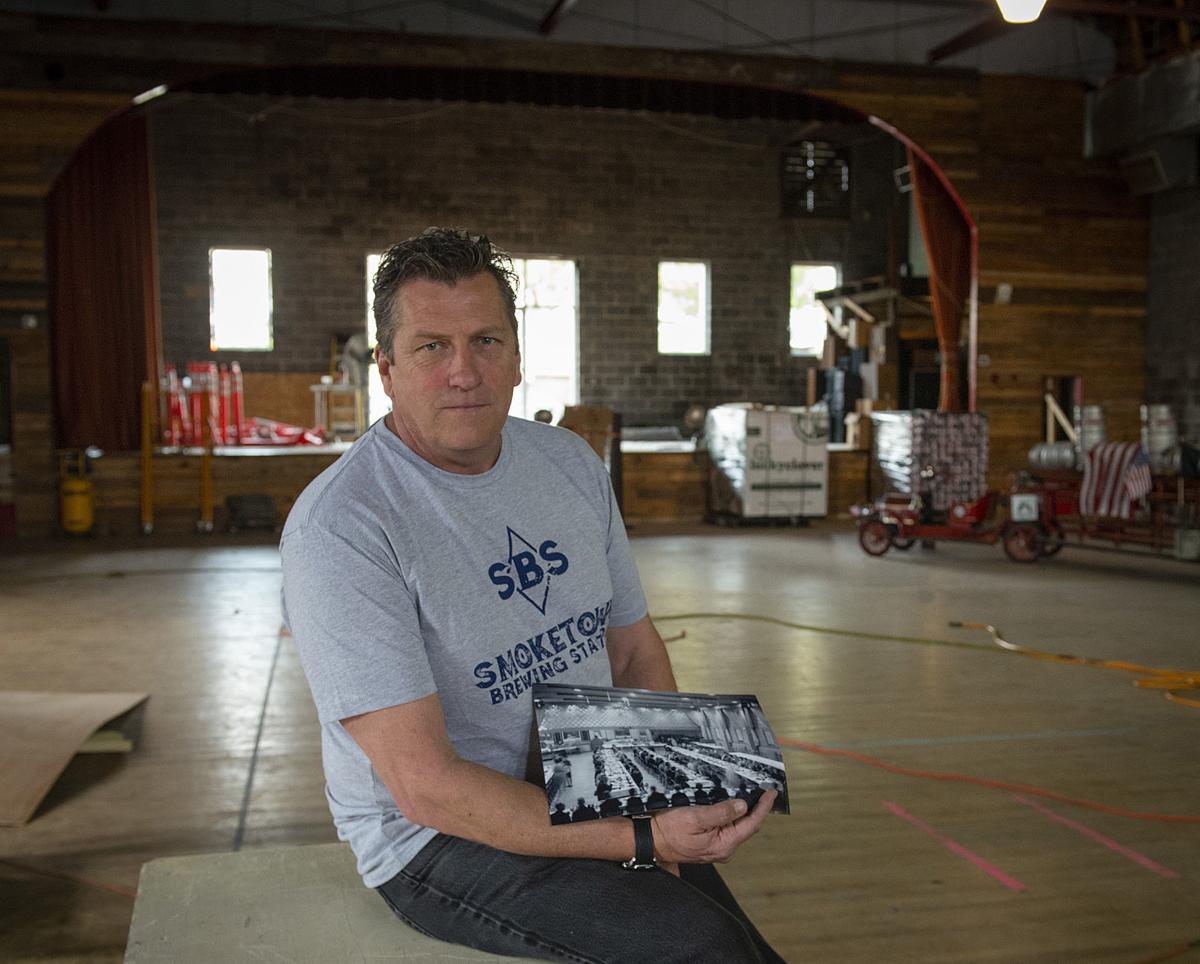 Dave Blackmon holds a photograph of the band playing in the once-elaborate community hall/event space above the building that housed the Brunswick Fire Hall. 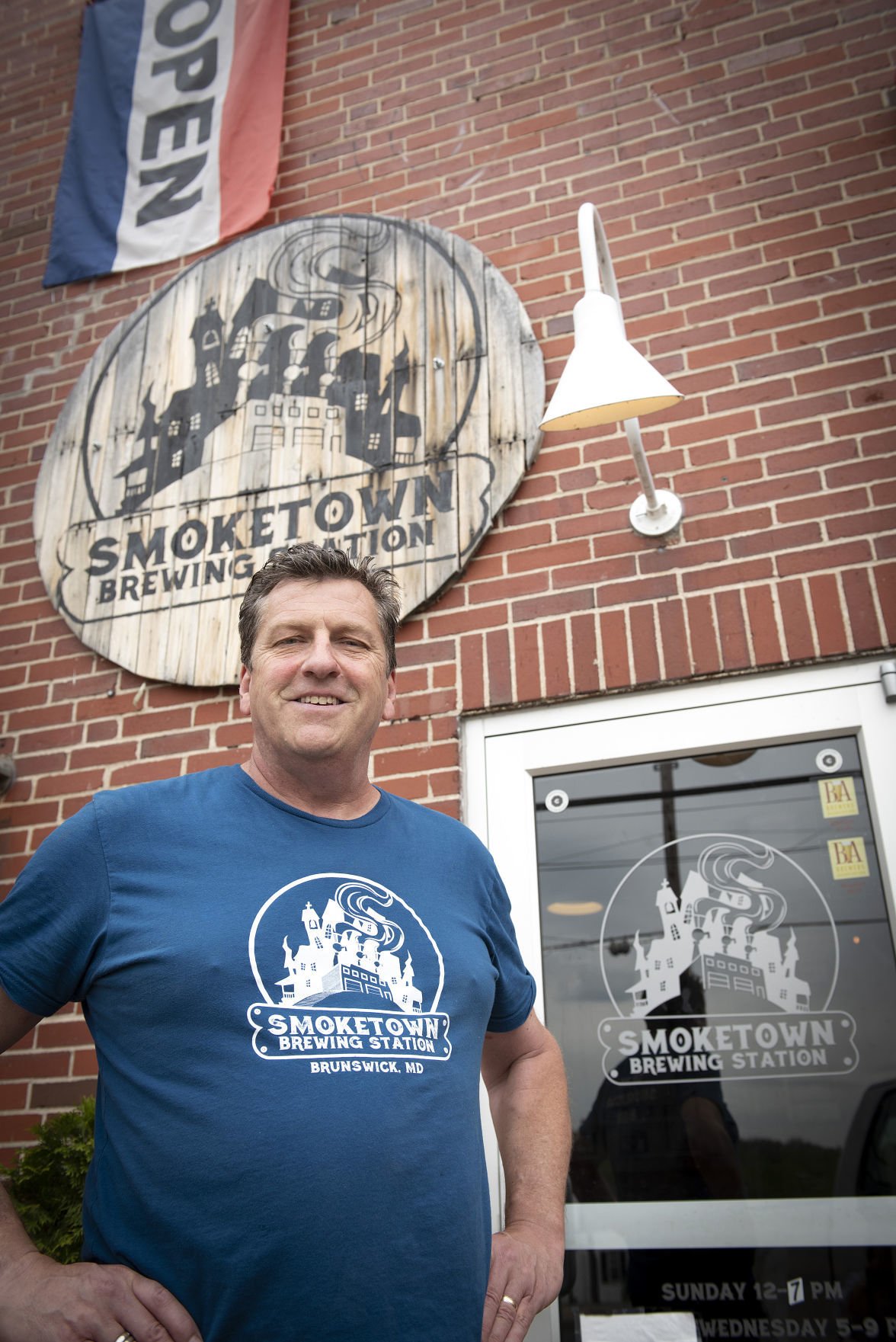 Dave Blackmon owns Smoketown Brewing Station in Brunswick. The building was once a fire station. 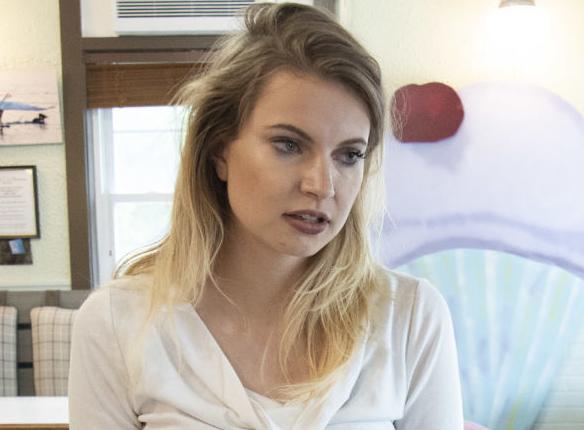 Dave Blackmon holds a photograph of the band playing in the once-elaborate community hall/event space above the building that housed the Brunswick Fire Hall.

Dave Blackmon owns Smoketown Brewing Station in Brunswick. The building was once a fire station.

Brunswick may be getting an event space above Smoketown Brewing Station after all.

Smoketown owner David Blackmon, with help from Brunswick Main Street manager Sophie Smith, applied for a grant to help cover the cost to renovate the empty space above Blackmon’s brewery. They should find out if Blackmon received the grant in about two months, Smith said.

Blackmon has planned to open an event space in Brunswick since he bought the building, which used to be Brunswick’s fire station. But he ran into trouble when the county and state required him to have sprinklers for which he did not originally plan, according to previous News-Post reports.

Blackmon and Smith applied for the grant through the Maryland Department of Housing and Community Development, which puts out several state revitalization grants each year. The specific one for Smoketown is a Strategic Demolition Fund grant, which, despite its name, also helps with site acquisition and development.

If the grant comes through, Blackmon aims to open the space by the end of the year, he said.

There is no space like it in Brunswick and few in the county, Smith said.

“As it stands, that indoor event space upstairs would be the largest event space to come to our downtown, and there’s definitely a growing demand for event spaces in Brunswick,” Smith said.

The grant does require some match from Blackmon, but part of the match comes from a 30 percent fee credit he will receive from a new Brunswick program that helps businesses connect to water lines.

In May, the Brunswick City Council approved an ordinance that set up a five-year payment plan for businesses to connect to water lines. Businesses receive a waiver of up to 30 percent of the total connection fee for the first two years, according to the ordinance.

The fee waiver is not quite equal to the match Blackmon will have to make if he’s awarded the grant, but it will help, Smith said.

The reason it is so expensive is due to the type and size of the line he’ll need for a sprinkler system. Once connected, he should be able to meet county and state fire code requirements.

Blackmon said it is thanks to Smith’s efforts to find the grant. He was “pleasantly surprised” by the help he received from Brunswick Main Street.

And while things look to be moving forward on the event space, Blackmon continues to work on opening a second location in Frederick, although that one will not include an event space.

Smoketown Creekside will open in the former House Cat brewery location, near Attaboy and Idiom breweries.

He recently received his federal approval and looks to open toward the end of summer.

“I would love to open [the second location] in August,” he said. “That’s my goal.”

Frederick residents will no longer have to travel only to Brunswick to get a beer from Smoketown Brewing Station.

Note that "grant" means "handout". Businessmen are addicted to state handouts. Why doesn't this businessman take out a loan? Ah, you have to re-pay a loan, and that would be capitalism; no businessman wants that. They want the taxpayers to pick up the entire tab, and not have to re-pay it. So they call it a "grant", which is welfare by another name. Next we'll be hearing how this guy can't make money, how his taxes are too high and how regulations are killing his business and preventing him from creating jobs! Just look around! People can't afford health care, diabetics are slowly dying from lack of insulin, wages are in the ditch and the state is handing out money to beer joints.

Don't forget to throw some gumdrops to your unicorn today.

48. Jamming out in Frederick: a look at concerts and music in downtown Frederick