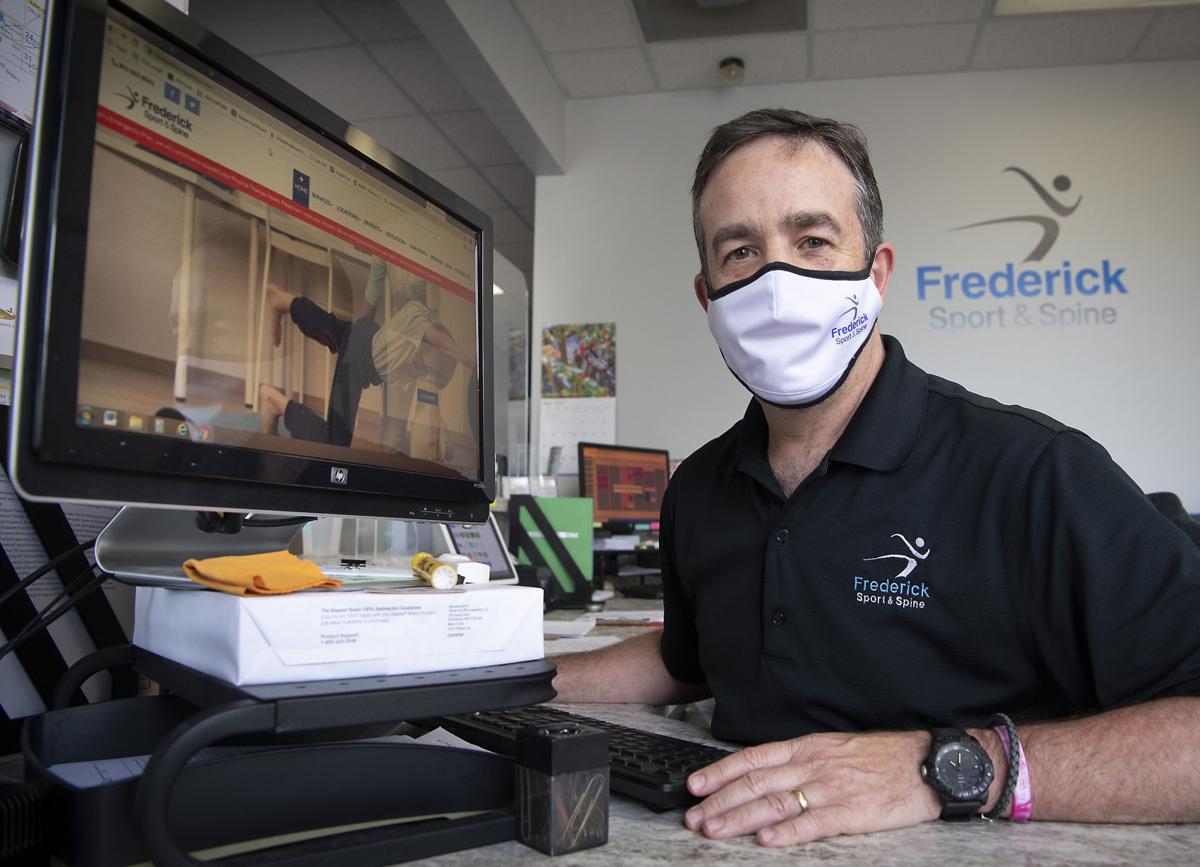 Mark Acierno, the owner of Frederick Sport & Spine Clinics, looks at his business web page, which is undergoing a design change soon. 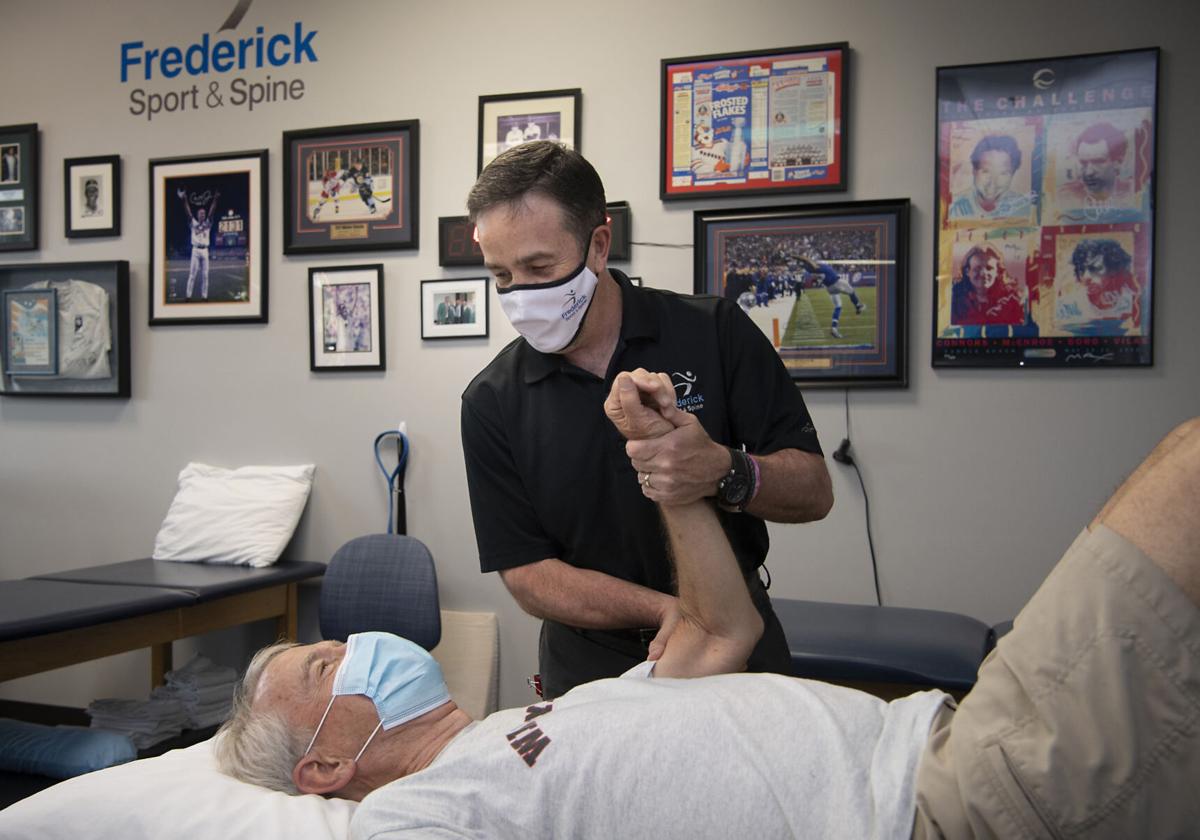 Mark Acierno, the owner of Frederick Sport & Spine Clinics, looks at his business web page, which is undergoing a design change soon.

Mark Acierno, the owner of Frederick Sport & Spine Clinics throughout Frederick County, relies mainly on word of mouth and referrals to get new clients.

He doesn’t describe himself as particularly tech-savvy, which is why he reached out to Dott Digital Marketing three years ago to help with his website and search engine optimization (SEO).

That decision, he said, saved his business during the pandemic.

“Honestly, if we hadn’t had this SEO and stuff in place leading into the pandemic, I would imagine our business would be down even more than what we’re already down because of the the lack of patients coming on in,” Acierno said.

SEO is a digital marketing practice that involves improving and curating a business’ website to increase the company’s visibility for relevant searches. For example, one of the keywords Sport & Spine targets is “dry needling Frederick.” This therapeutic technique is relatively unique, so it’s essential that people searching for it can quickly see that Sport & Spine offers it, according to Acierno.

“Without the SEO I don’t think our dry needling would be as popular,” he said, “but we get a lot of people that are asking about the dry needling.”

Antonio Guerrero, the owner of Dott Digital, said the pandemic has been beneficial for his business. He has taken on many new clients in the last year and has also hired a few more employees.

The pandemic increased the amount of time people spend online per day. Data consumed by internet subscribers increased 40 percent between 2019 and 2020, according to a study by OpenVault.

The key to good marketing is getting in front of people’s eyes, said Kenny Downs, owner of Frederick Advertising.

“[Customers] are online, they’re on websites, they’re on Google, they’re searching for things. So you just need to be where they are,” Downs said. “A lot of clients are reluctant to hop on Facebook or get on Instagram or even touch social media because they just don’t understand it. ... But I try to tell them that they could potentially be missing out on a whole new audience.”

Downs also noted the importance of SEO, especially for local businesses. Guerrero agreed that local businesses should aim to be in what he calls the “map pack,” or the few listings below the map on the search engine’s first page of results.

Guerrero works primarily with service providers like plumbers and electricians. He advises them to use Google Ads to get at the top of the Google search, so if someone searches for “Plumber Frederick,” they come up first.

While some people purposefully do not click on the advertised listings, it’s not enough to concern Guerrero. Many people, he said, do not know the difference between an ad and an organic listing.

“The person at home whose toilet just exploded, do they know or do they even care? They just need a plumber — stat,” Guerrero said. “They’re going to click on the first one.”

While it may seem that larger conglomerates and corporations have an advantage over local companies when it comes to digital marketing, Guerrero said the opposite can be true. If people are specifically searching for local results, they are more likely to seek a business that explicitly brands itself as local with a local phone number and good reviews.

“Relevance, proximity and reputation are the things Google really cares about,” Guerrero said. “When you say you are a local plumber as opposed to the plumbing referral service out there, or instead of clicking on Angie’s List or a Yelp link, most people who want to support local business also will click on the Frederick-based organization.”

Prioritizing reviews and maintaining good SEO standing are just some of the ways local businesses can ensure people can find them rather than just relying on referrals. Guerrero remembers his grandfather’s painting business, which he said was successful but would often have slow stretches as referrals dried up.

“You can’t predict referrals. ... There are ebbs and flows, there’s the roller-coaster ride that so many small business owners are a part of,” Guerrero said. “The only thing you can really do to get off the roller coaster is to build a system.”