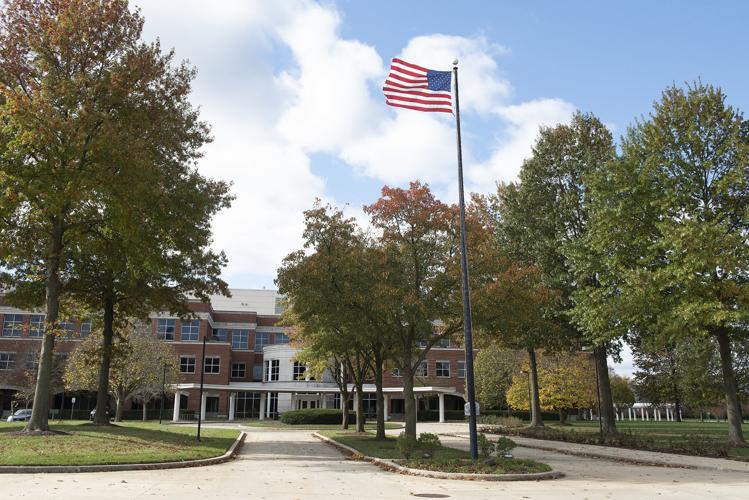 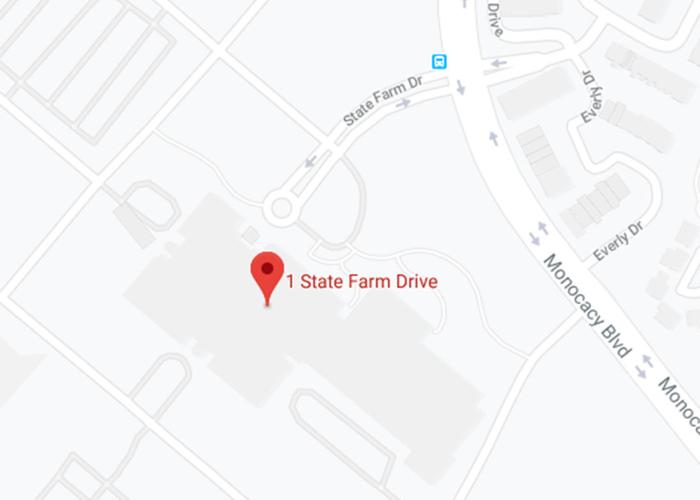 Frederick Health purchased the State Farm campus and plans to make it the new destination for its home health care services and hospice, among other administrative offices.

The hospital paid $48 per square foot, he said, which makes the sale around $18 million. It was purchased through borrowing. No donor dollars were used, he said.

In 2013, State Farm sold the property, near Monocacy Boulevard in Frederick, for approximately $30 million to an equity firm, which kept it for about five years. The building was valued by the state in January 2018 at around $38 million.

Discussions to expand into a new building had been going on for a while, Kleinhanzl said, with the hospital looking at leasing space before ultimately opting to buy a new property. Frederick Health Hospital is not moving, he said.

Before any services can move, the building needs to be modified to adjust for better Wi-Fi, computer cabling and other safety features.

The new property will allow for more expansion at the hospital, he said. The hospice and home health offices are planned to move in spring 2020. And in summer 2020, the hospital plans to start an expansion of its cardiac catheter laboratory, as well as upgrade its 20-year-old intensive care unit and update areas of its emergency department.

The goal of the purchase is to simplify access to hospital services, while also allowing for future service growth and expansion of the services already provided at the hospital, according to the press release.

While there are some ideas for what will go into the property, the hospital does not have set plans, outside of the hospice, home care and call center. It might also be the home of training centers, according to the release.

Another idea could be the expansion of telehealth and virtual health services, which are expanding in the health care system overall.

It is a property the hospital plans to develop over the next 10 years, so what the building will be used for is still being discussed and has the potential to change to meet the community’s needs, Kleinhanzl said.

“Now, the creative and interesting side of this can really begin relative to that intermediate and longer-term planning and thought process around how can we really leverage this site to achieve the health and wellness things we want to do in the community,” he said. “That’s the fun part. That’s what’s going to start now. So I don’t have a list to give you 100 things that we want to do out there, I can tell you we have a lot of great ideas.”

As of right now, the focus of the building will not be clinical, although that could change, he said.

The purchase announcement comes less than a month after the hospital and its overarching health care system announced a rebranding effort, as well as a new mission.

What can be accomplished at the new space follows the new mission to promote the well-being of the community, Kleinhanzl said.

“So it’s very important to the health system as a whole relative to growth for doctors, growth for outpatient clinics, growth for wellness programs, growth for you, whatever, anything, all those sorts of things,” he said. “So it fits very nicely in the greater scheme of all the things we’re trying to do in the community.”

The name Frederick Health Village comes from the idea of having many services in one location. Villages also expand and grow as the community does, Kleinhanzl said, similar to how the new building will change to meet community needs.

And yes, the address will change from 1 State Farm Drive, said Kelsey Shupe, a spokeswoman for the hospital. A new address has not been determined.

It means good health care may be right "across the street" from me. I do like that.

This purchase makes good sense. Some important facts were not included by the FNP Reporter.

* FMH was constructed on the current site in 1904.

After they move some services to the Monocacy Blvd the vacated portion (on 7th) should allow them time to retro fin FMH and allow for extended time before another expansion or while they plan to possibly build a new hospital on Monocacy Blvd, similar to what was done in Hagerstown.

And while I realize they changed the name it will always be known by many as FMH because it is part of the Frederick lexicon.

"Our new home we bought on a hunch,"
"since parking downtown is a crunch,"
"the price was attractive,"
"the site was inactive,"
"there's lots of good places for lunch!"

They need to name a wing after GJ Mecherle, State Farm's founder.

"The goal of the new purchase is to simplify access to hospital services, while also allowing for future service growth and expansion of the services already provided at the hospital, according to the release."  Does this mean anyone going to the Emergency will not have to sit for hours, while doctors look at computers?  Watch them, they make you wait and sit around playing on their computers.   Why do they go to college to get a degree and still don't know what they are doing - without a computer.  I can get a computer a lot cheaper than a doctor and all the information is in the computer.

Drs are not “playing on their computers”. They are working with the electronic medical records system as required. Yes, it takes up a huge amount of their time.

Will they change the name of the street?

Ought to be "Quincy Way."

"And yes, the address will change from 1 State Farm Drive, said Kelsey Shupe, a spokeswoman for the hospital. A new address has not been determined."

Seems like every time you turn around Frederick Memorial Hospital is expanding. When you log onto facility reviews, they appear to negative although my personal experiences have been positive. Just hope they are not getting too big to a point of losing perspective on services to its patients.

They have already reached that point. We can no longer call our Doctors office directly to just ask a question, we must go through a central answering service. When my wife needed to get a pre-surgery exam on short notice they wouldn’t let her go to her Primary Care Doctor who had all her history until we went through a two day hassle to allow it. They’ve taken away the personal touch relationship you need with your Doctors to get the best care. It’s getting worse, not better since this new bunch started.