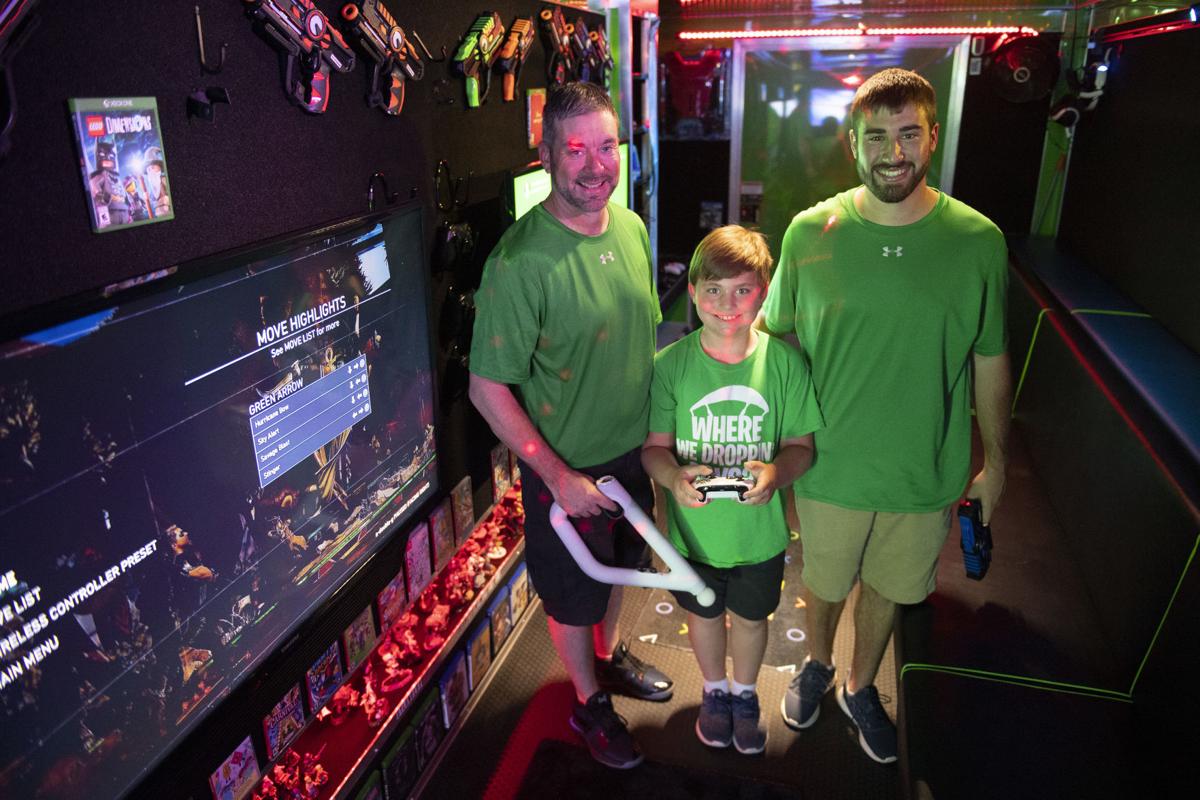 From left, Scott Bass, his son, Gavin, and nephew, Austin Grubb, are shown in the mobile gaming trailer Bass acquired and modified to take to different locations. The unit, which offers multiple gaming systems and televisions, allows for up to 30 people to play simultaneously. 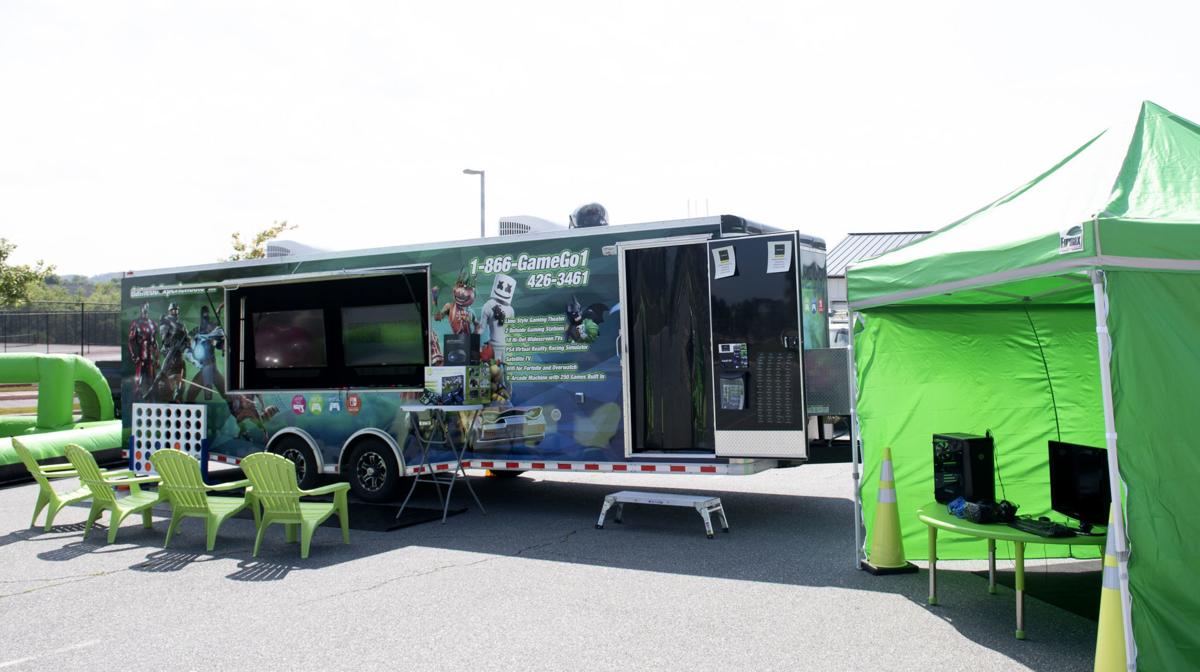 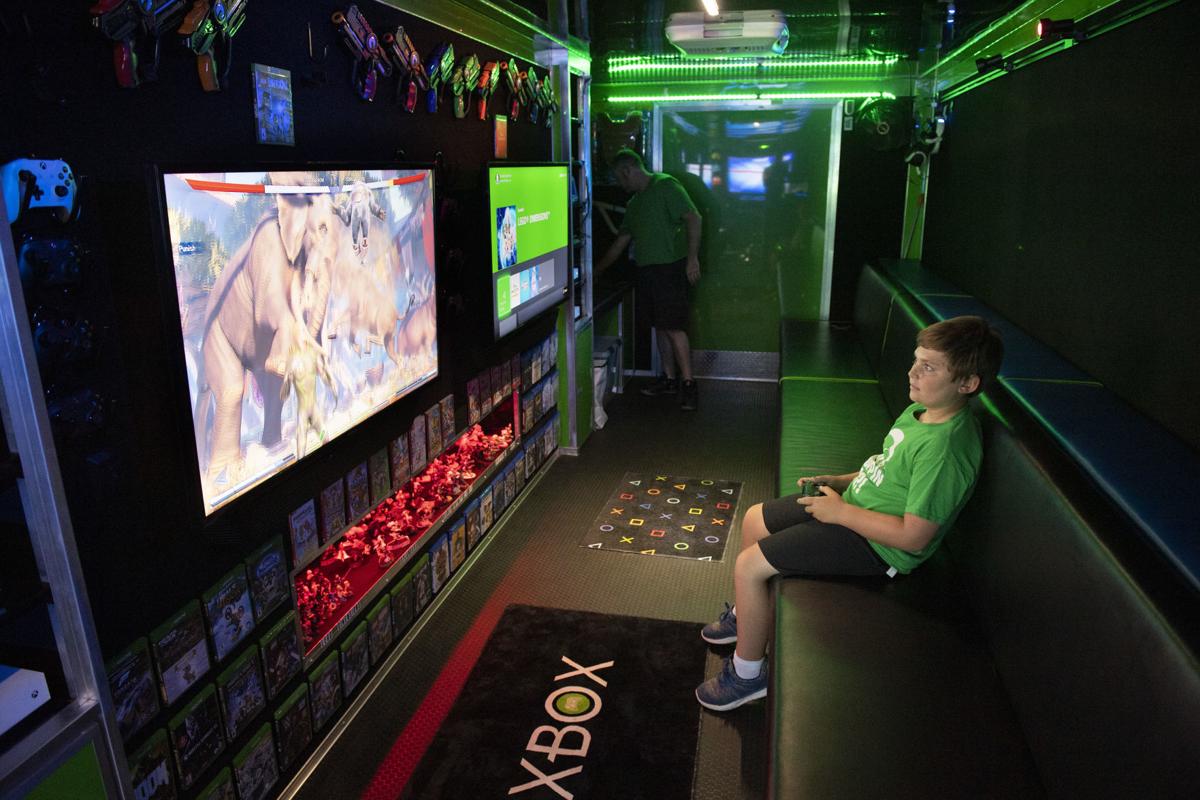 From left, Scott Bass, his son, Gavin, and nephew, Austin Grubb, are shown in the mobile gaming trailer Bass acquired and modified to take to different locations. The unit, which offers multiple gaming systems and televisions, allows for up to 30 people to play simultaneously.

Scott Bass recently opened GameGo, a gaming trailer that’s “a party on wheels with a wide selection of games and activities that can entertain guests of all ages.” Bass recently spoke with the News-Post about GameGo and how it can enhance your next party or event.

What made you want to open the gaming trailer in Frederick County?

I have an 8-year-old son and we’ve collected many of the gaming systems. I got to a point where I had such a collection that I had a friend say, ‘Wow, Dave and Busters and Chuck E. Cheese doesn’t have anything on you guys. You should start charging people to come over here.’

I had been with my company for about six years and Lowe’s decided to come in and buy our little company out so I found myself without a job. With sales experience and looking around the house and seeing everything, I said, ‘well, this could work.’ I go to Chuck E. Cheese and Adventure Park for the same birthday parties over and over, so I put everything in a trailer and can take [the party] to your house. There’s game trailers in each state but nobody has franchised it, everyone puts their own spin on it. It really hasn’t caught on yet and with a billion-dollar gaming industry I was kind of shocked that there wasn’t too much competition. People look forward to us when we show up. We seem to be the main event of the party.

How many gaming stations does the trailer have and how many people can the trailer accommodate?

What are some of the popular gaming stations in the trailer?

We have Xbox 1, Playstation 4 and Nintendo Switch. Those are the three popular gaming console that are available for all stations. Two of the gaming stations have Playstation 4 for virtual reality. One of those is a racing simulator so when you put the headset on it’s like you’re sitting in an actual racing car. In the back of the trailer we do the same thing. It’s not the racing simulator but its the VR where you’re standing up and there are different games.

What are some of the unique features in the trailer?

There’s eight widescreen TVs and then during the games we have a laser light show that changes different colors and different designs above your heads. There’s also glow-in-the-dark lighting underneath the seats and under the trailer.

You also offer regular games, tell us more about that.

Some of the concerns from parents were that their kids were too young or aren’t into gaming, so when we go out to a gaming party we also offer activities to the non-gamers. When we set up the trailer i’ll also set up a giant Jenga, a giant Connect 4 and several other games.

How much does renting the trailer cost?

What kind of events is GameGo perfect for?

Aside from birthday parties we do company picnics, corporate team building events and more. We’re also going to be set up like a book mobile. Monday through Friday from 4 p.m. to 8 p.m. I’m going to park in different areas, like Lake Linganore or Spring Ridge, and just do $5 all-night gaming for the kids. I’ll advertise where i’ll be on our Facebook page at Facebook.com/gamegoexperience. I’ll also be hosting neon night parties where you can rent us at night when everything glows in the dark.

How excited are you to offer this fun experience to the community?

The reception we’ve gotten so far has been incredible. The good part about not having any competition is that there’s no competition, however, it’s challenging to get the idea out there and understand what it is. People see it and go in it and ask, ‘what is it and how does it work?’ But I’m so excited to offer it to the area.

Whats that game on The Price is Right? I think its called "That's too much!"