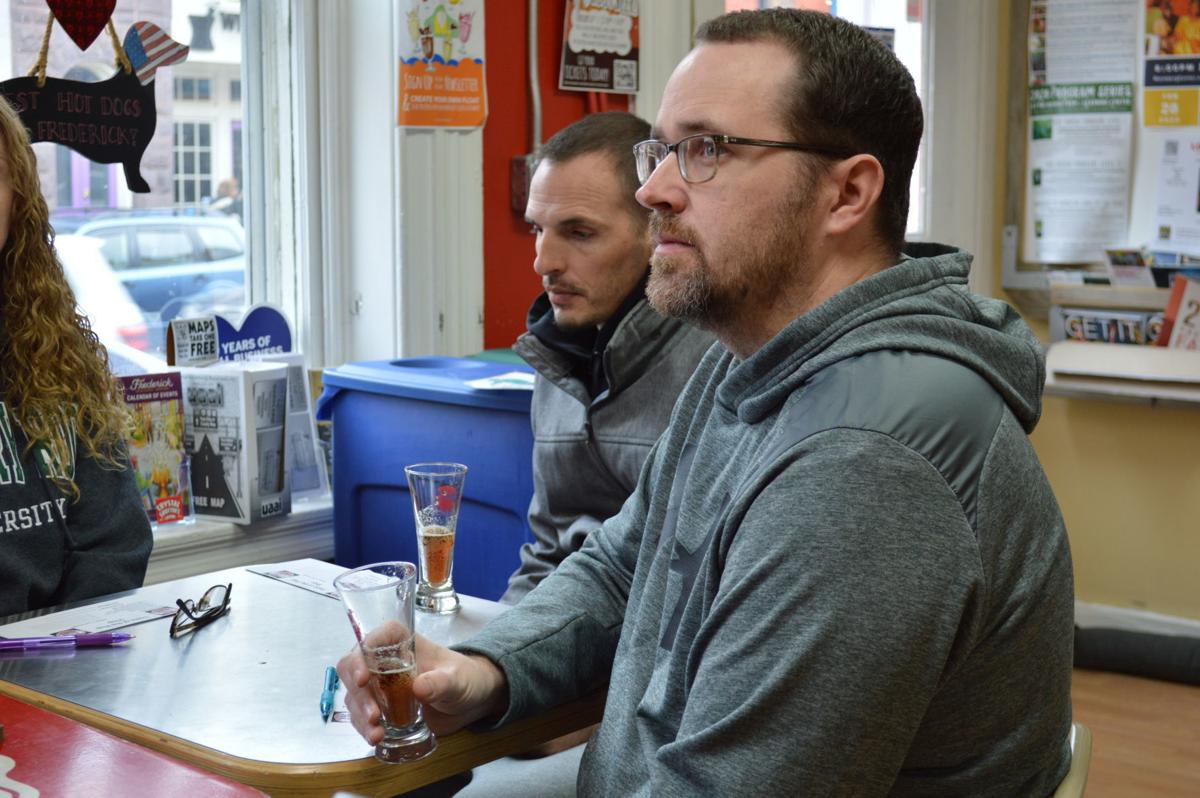 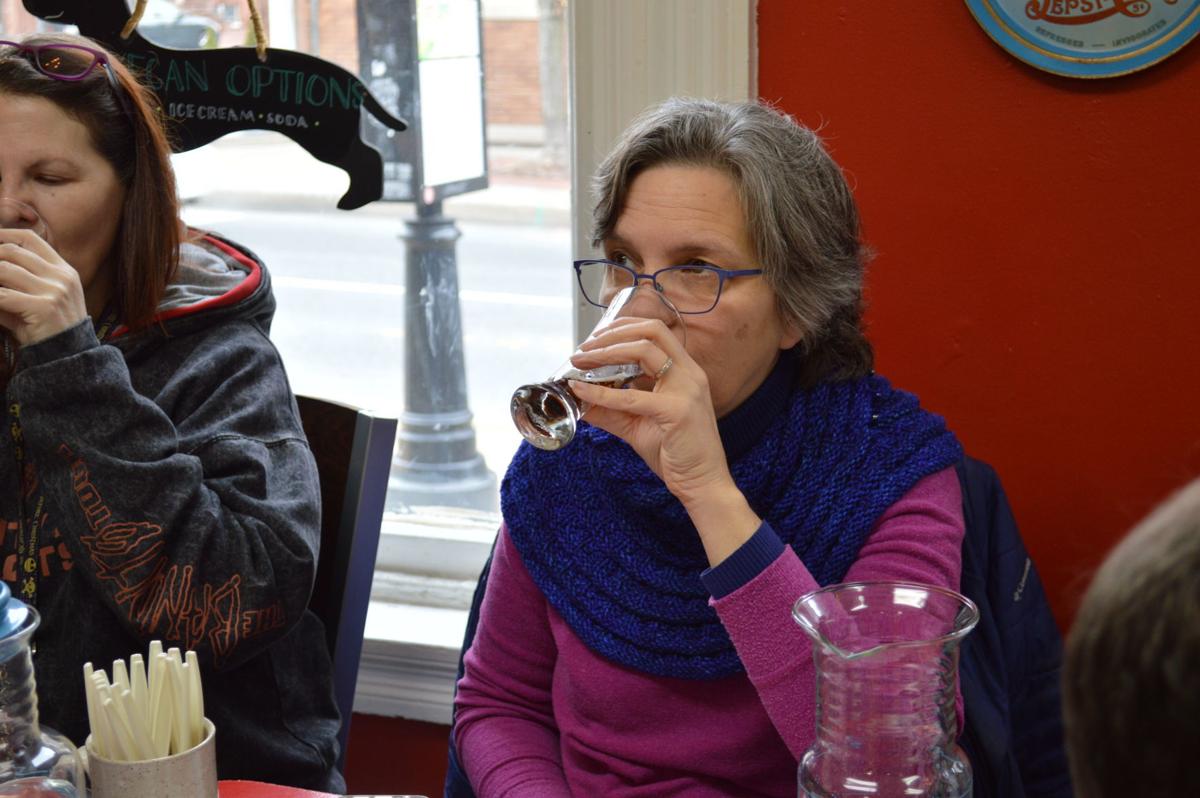 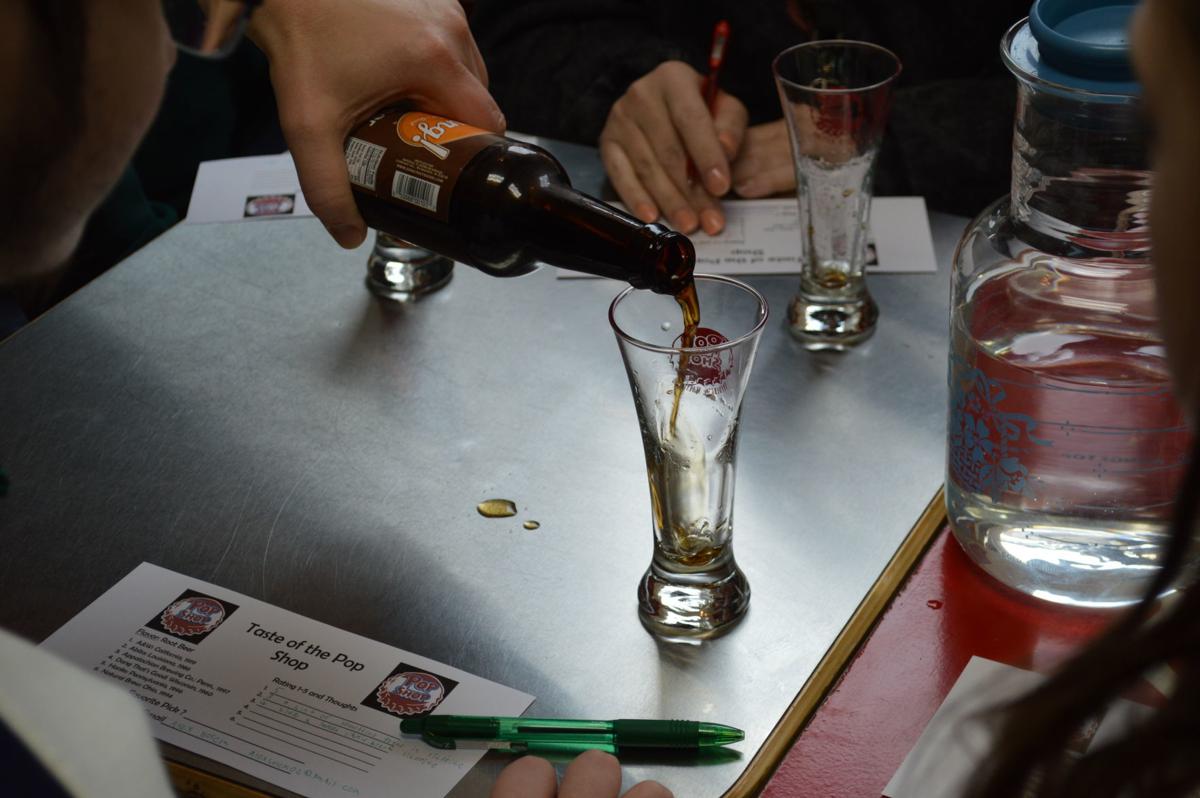 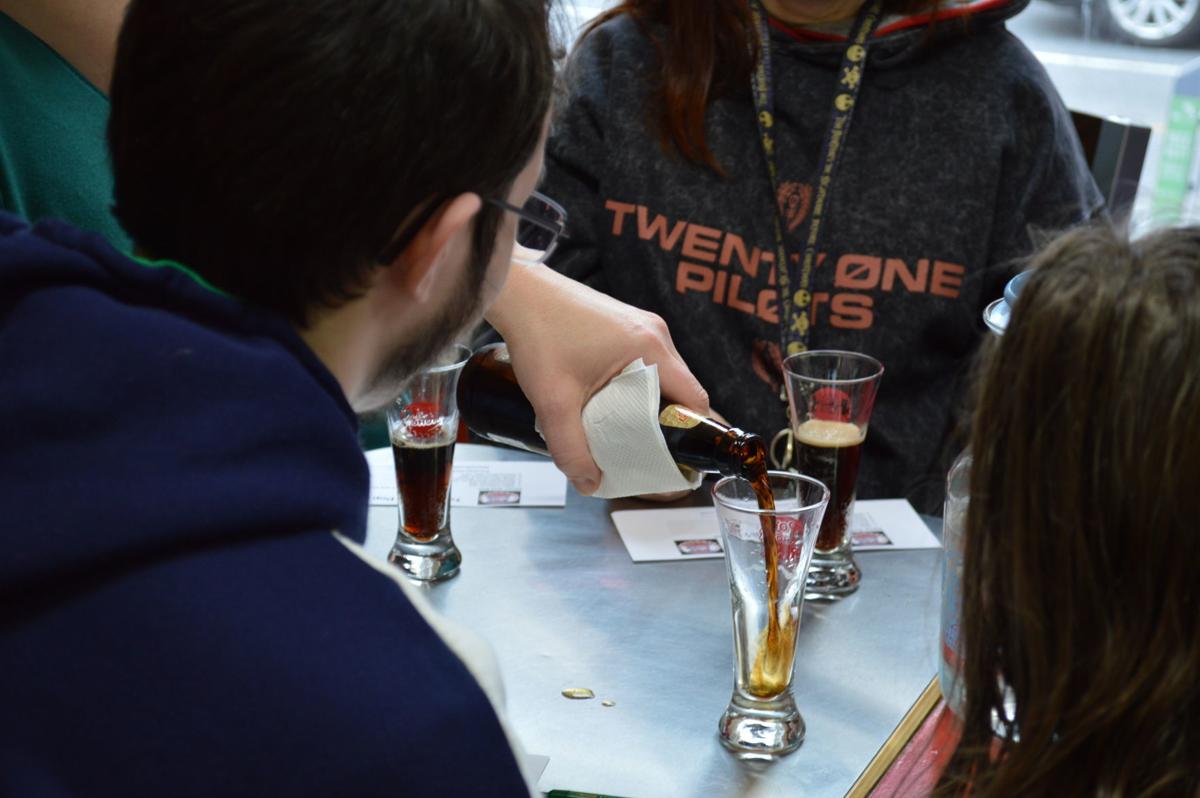 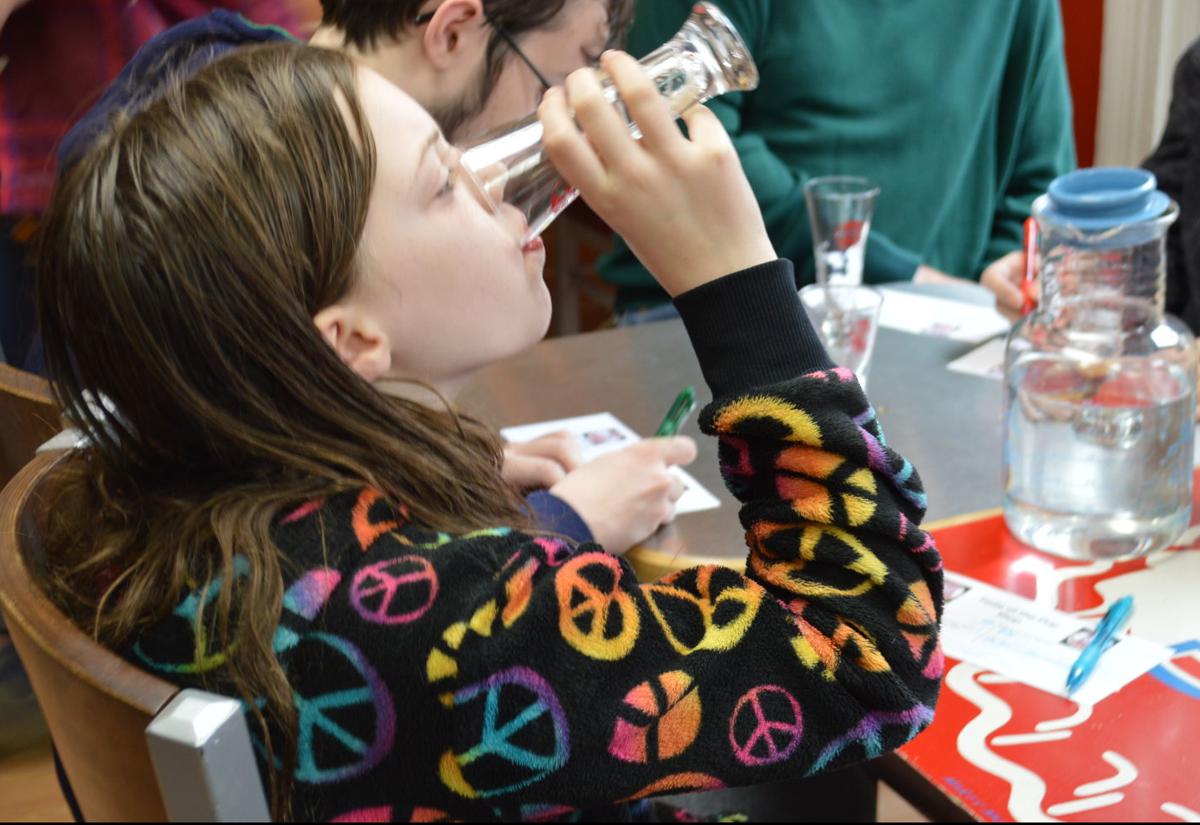 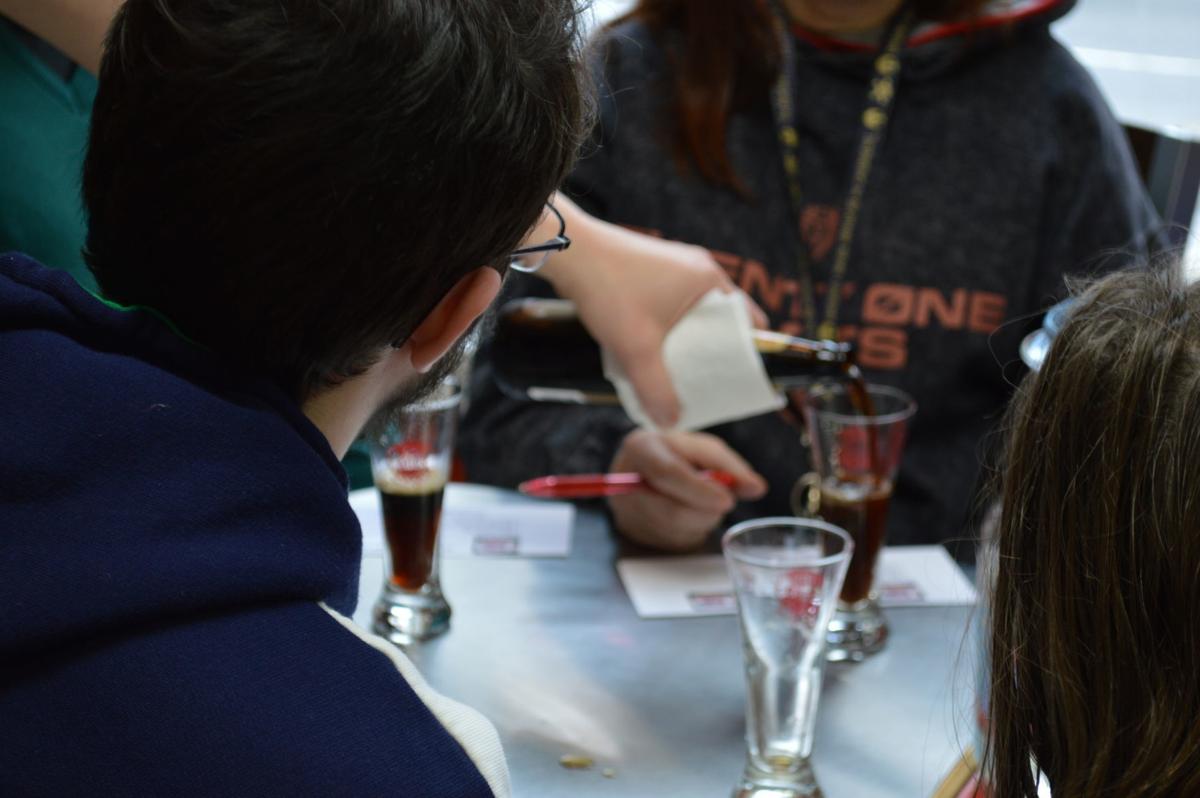 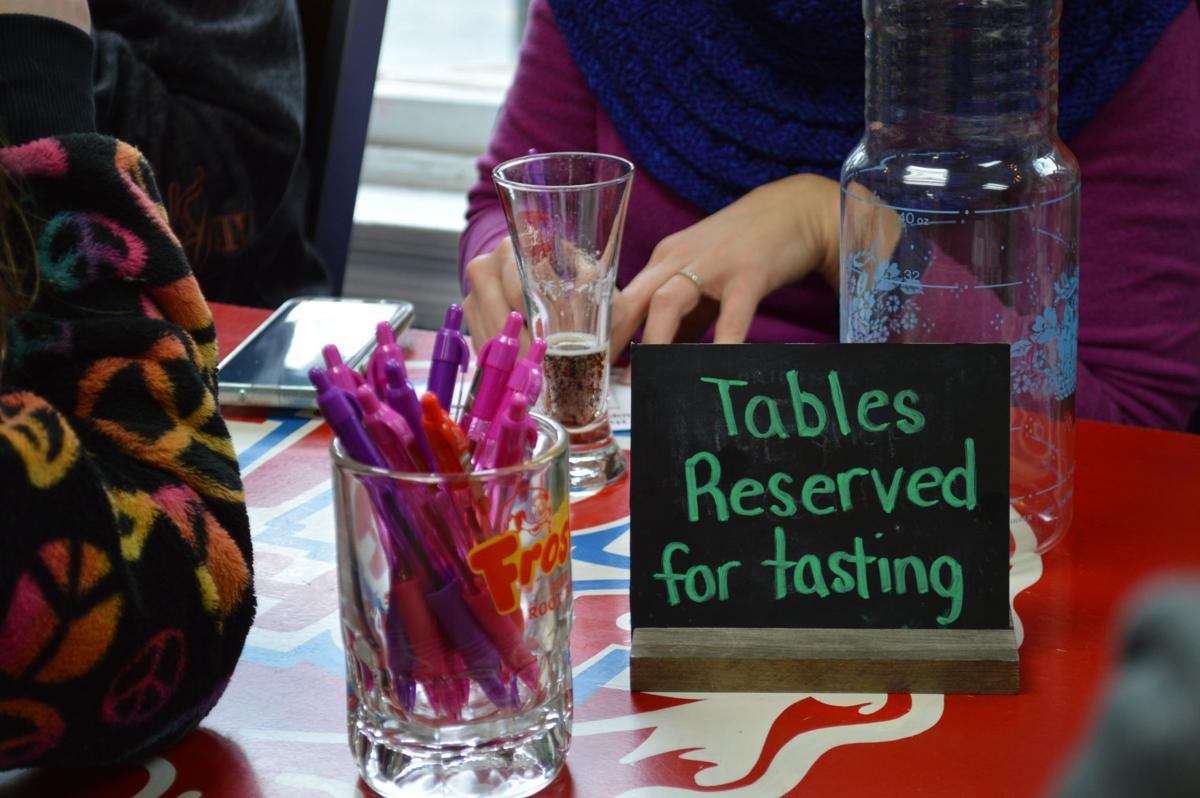 The table at the root beer tasting at North Market Pop Shop.

The table at the root beer tasting at North Market Pop Shop.

It was a "tilt-your-head-back-to-get-every-last-drop-of-root-beer" kind of tasting at North Market Pop Shop on Sunday.

Every 30-45 minute tasting, each limited to eight people, was sold out. Attendees tried six root beers, including Natural Brew, A&W and Abita, learned about each drink and got to have their favorite in a sundae.

“People love it,” said Michelle Schaffer, the owner. “They want to try all the stuff.”

Cathy Hosek is from Alexandria, VA, but she brought her children to the root beer tasting because her son, Alex Hosek, has never met a root beer he doesn’t like.

“I thought we’d challenge him today,” she said.

This isn’t the first tasting event the Pop Shop has hosted. They’ve had several, including butterbeer and cream soda.

“Every soda has a story and so we are able to tell the story of the sodas,” Schaffer said.

For example, A&W is over 100 years old and made with cane sugar.

Hosek said she was looking forward to trying new flavors and varieties of root beer, but has never been to a tasting at the Pop Shop before.

Brian Palmer of Frederick is no stranger to the Pop Shop either, and he came in having already tried 140 different types of bottled root beers, which he has in a collection.

“They just have a great variety,” he said.

Prior to the tasting, Palmer’s favorite root beer from the day’s selection was A&W.

The Pop Shop has been open since June 2011, and Schaffer has been the owner since October 2013.

“I bought the shop when there was about 50 sodas and six icecreams,” she said.

“Our motto is soda, scoops and smiles, so we're just really trying to make a great destination spot for downtown Fredrick that is for the whole family,” Schaffer said, adding that they love being part of the downtown Frederick community.

At the end of the tasting Palmer stuck with A&W as his classic favorite and Hosek’s son, Alex, said he liked all of the options, though he did give at least one a ranking of three.

Maggie Hosek, 10, took very intent notes on her ranking sheet and said A&W was her favorite.

Jeanette Rice and Michael Harley attended the tasting together and Rice said it seemed like something fun to do.

“I liked the Natural Brew root beer the best,” Rice said. “I thought it was different, not as bubbly.”

Attendees were given a tasting glass that they could take home, and can be used for a discount if they come to another tasting.

Schaffer said the Pop Shop will likely have another tasting in the next month, as well as a March Madness-style root beer challenge.