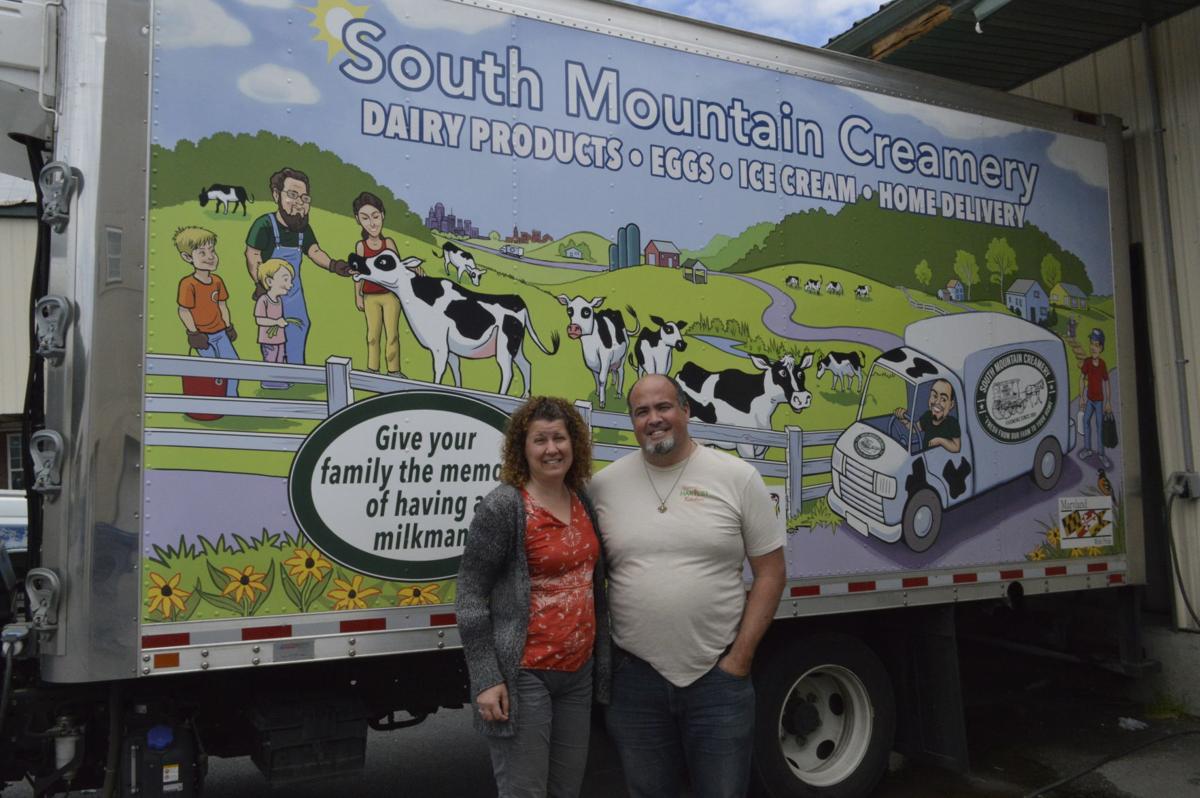 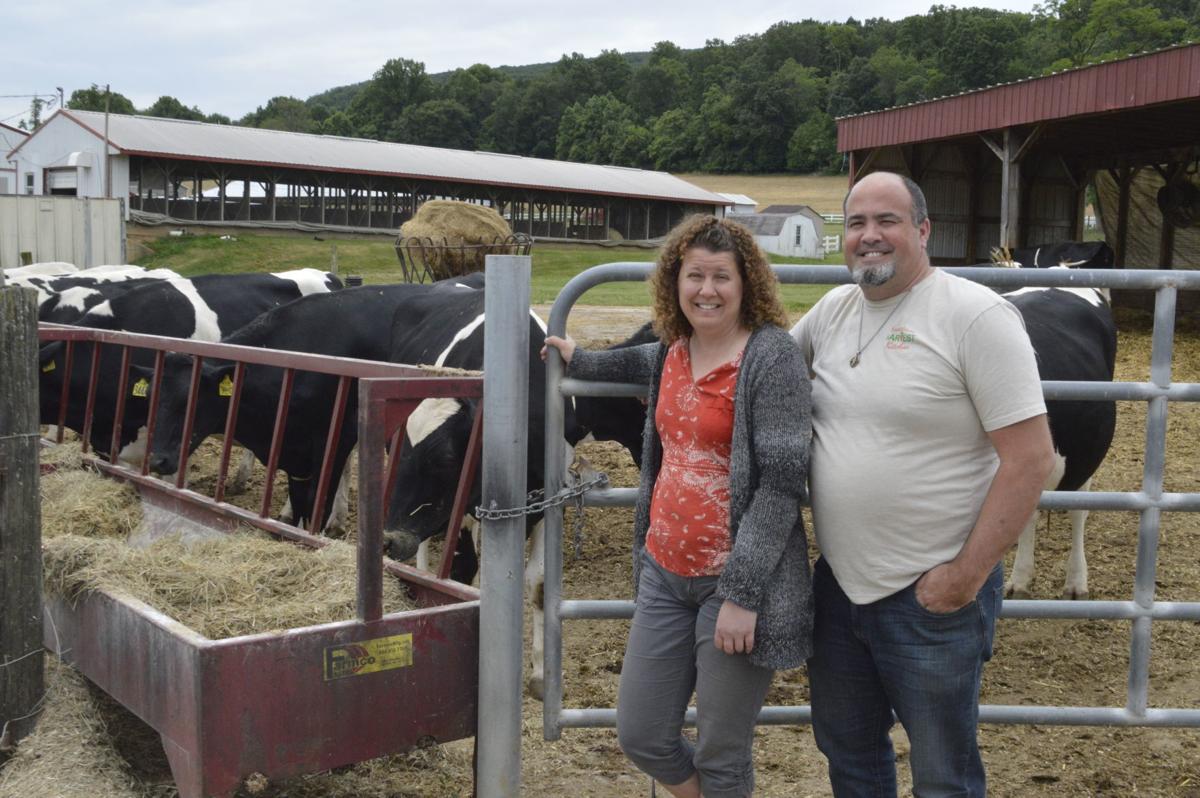 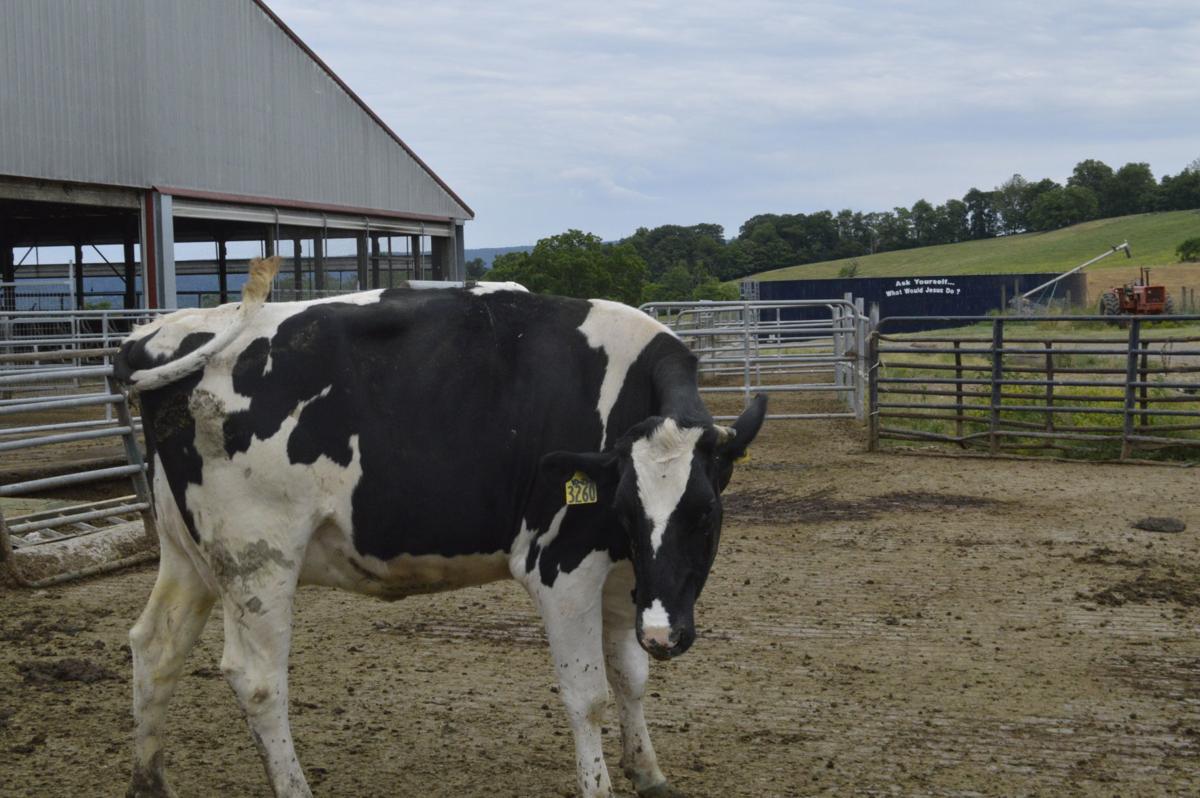 A cow at South Mountain Creamery. 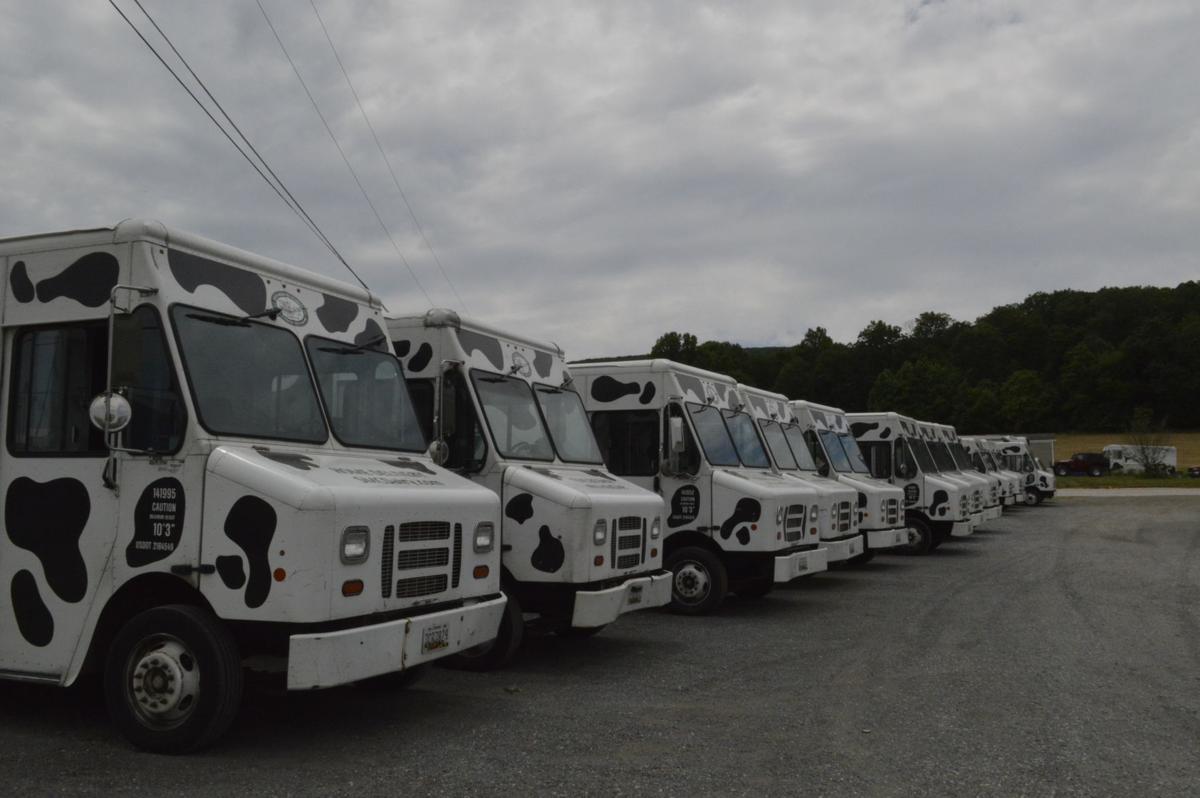 Trucks lined up at South Mountain Creamery. Brusco said more trucks had to be purchased to help serve customers during COVID-19.

A cow at South Mountain Creamery.

Trucks lined up at South Mountain Creamery. Brusco said more trucks had to be purchased to help serve customers during COVID-19.

Frederick County’s South Mountain Creamery will be included in a special episode of Maryland Farm and Harvest that focuses on the impact COVID-19 has had on farmers and agricultural businesses in the state.

“Farmers are essential employees too,” said Joe Ligo, producer and director of Maryland Farm and Harvest. “I hope that this show informs people and teaches them something and gives them hope that the farmers are out there working hard everyday to keep us fed.”

In Ligo’s words, Maryland Farm and Harvest is a show about the people who grow our food and feed our state.

“We felt we were uniquely equipped to tackle how the pandemic is affecting farmers,” Ligo said. “And we thought that those stories were necessary to share because they maybe weren’t being told elsewhere so that’s why we were so excited to share them with others.”

The special episode will air at 7 p.m June 16 on MPT-HD and feature several different operations statewide. South Mountain Creamery will be shown in a segment about direct sales, as the episode explores the business’ success during the pandemic.

“We were one of the few businesses that were … able to pivot and provide a service to the community that was essential,” said Tony Brusco, CEO of South Mountain Creamery, adding that they’ve spent the last 20 years building a home delivery service and offering essential goods to people.

“So if there was a crisis that aligned with our service, this was it.” he said.

Business “more or less” doubled in a matter of weeks.

“We have a great customer base, a lot of community support and so what had happened was, we were actually overwhelmed. And I use that word specifically because literally our feet were swept out from under us,” Brusco said.

The first week or so, he said it was all hands on deck as they worked to keep up with demand. Week two, the increase continued and ultimately, the set up had to change so that customers could not automatically get onto delivery routes but instead joined a waitlist for home delivery.

“We had to change really how our business worked in some ways to meet this higher demand, which was challenging,” he said, adding that they also work with other small businesses that were and are dealing with the impact of COVID-19, too.

“It required a lot of communication and a lot of just being very transparent with our customer base of what struggles we were having and what we were dealing with and how we were trying to overcome them,” he said. “Overall, I think our team performed great and our customers were understanding.”

The process of filming had certain restrictions both for safety and economic reasons, but Ligo said that they utilized video chatting, and took photos and videos that farmers shot themselves.

“If we could do it online or do it virtually, we did,” Ligo said, adding that if they did have to go out to film that masks were worn, social distancing was observed and equipment was wiped down regularly.

Even the editing process was different in that people staggered when they were in the office and worked remotely when they could.

Ligo said that the show tried to cover as much variety as they could when filming the episode and that it visits several different topics, including production agriculture, food safety and direct sales.

“Our goal was to try to cover as much as we could in the half hour,” he said.

Brusco said he felt the business had an interesting story and interesting perspective. He hopes that one thing people take away from the show is that South Mountain Creamery is one of the businesses that made changes to help the community and get products to people who needed them.

“I think was true for a lot of other small businesses even we were working with was there got to a point where sales stopped becoming our central purpose,” he said. “We were there to support our community.”

“We’re hoping that we’re going to continue to grow from this point forward and not slide backwards too far,” he said.

Ligo said he’s very proud of his co-workers for the work they did on the show and that he’s most looking forward to people seeing an in-depth look at how agriculture is being affected by COVID-19 and adapting.

“One of the biggest goals of our show, even during normal times, is to show people just how hard farmers work and just how much they do and I think now more than ever we should be thankful for our farmers,” Ligo said.

South Mountain Creamery is currently open on weekends from 12-6 p.m.

For more information about Maryland Farm and Harvest, visit: https://www.mpt.org/programs/farm/

Congratulations to the Sowers' and Brusco's!!! Great operation, and great store!

Love that place. I try to include a stop there for ice cream when I'm out for a ride. [thumbup][ninja]