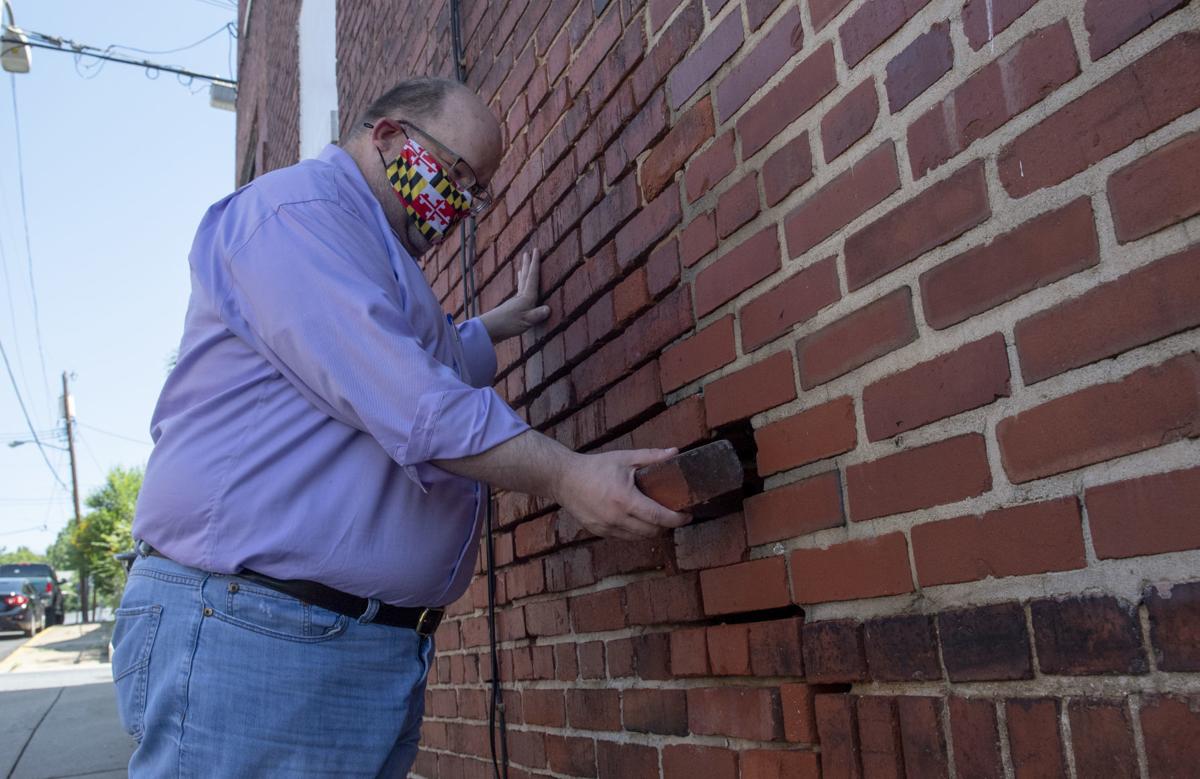 Jim Castle, president of the Brunswick Heritage Museum, demonstrates how loose some of the bricks are on the museum’s W. Potomac Street building. 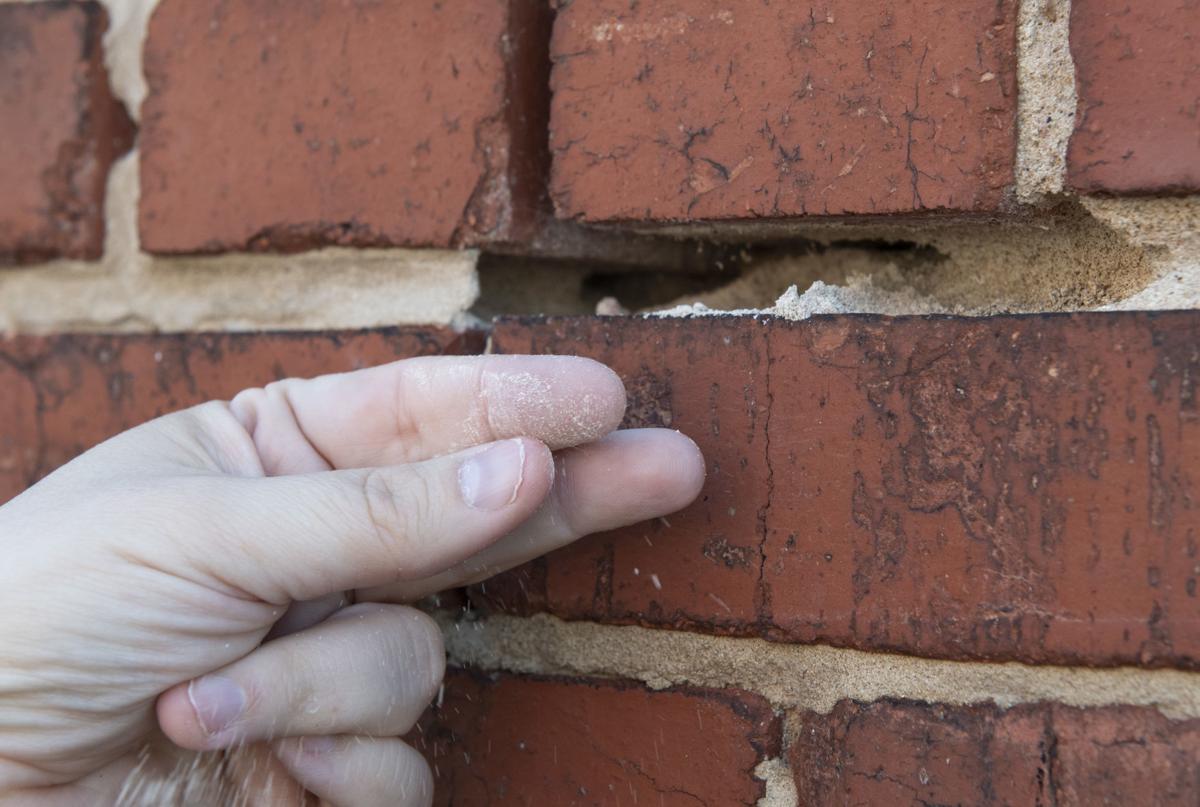 Jim Castle demonstrates how brittle mortar on the side of the museum’s W. Potomac Street building has become.

Jim Castle, president of the Brunswick Heritage Museum, demonstrates how loose some of the bricks are on the museum’s W. Potomac Street building.

Jim Castle demonstrates how brittle mortar on the side of the museum’s W. Potomac Street building has become.

Faced with the severe economic challenges brought on by the coronavirus pandemic, Brunswick residents rose to the challenge.

There was a need to raise at least $25,000 through a capital campaign to help repair the beleaguered Brunswick Heritage Museum, and the town has delivered more than $35,000 in response so far.

“That’s not uncommon for Brunswick,” said Julie Martorana, president of Brunswick Main Street. “People that live here love our little town. When there is a cause, they tend to show up.”

That capital campaign money, in addition to $100,000 in bond money shepherded through the Maryland General Assembly by State Sen. Michael Hough (R-Frederick and Carroll), will allow the Brunswick Heritage Museum to proceed with needed renovations to its front facade, in addition to window replacements and mortar repairs on its side wall.

The bill required the museum to raise $25,000 in matching funds, and the community responded.

“I think it’s a tangible project. It’s something people will see,” museum president Jim Castle said. “I think people tend to be more willing to help out when they see what their money achieves. This will be a very visual achievement for downtown Brunswick.”

Earlier this week, the museum owners and operators selected SM+P Architects from Baltimore to handle the renovations.

SM+P previously helped restore famous buildings in the Baltimore area, such as the B&O Railroad Museum and the Bromo Seltzer Tower.

Established in 1974, the Brunswick Heritage Museum offers visitors a chance to dive into the town’s history.

There’s a C&O Canal Visitor’s Center and store on the first floor. Exhibits on the second floor extensively explain the history of the town, and there’s a model train layout on the third floor of the B&O Railroad’s Metropolitan line that ran from Brunswick to Washington, D.C. in the late 1950s.

The museum is housed in a building that dates back to 1904. The goal of the renovation is to make the front facade appear as it did in 1915.

“It’s critical,” Martorana said of the renovation. “The museum is a pivotal part of the downtown Brunswick experience. We don’t have the amount of shops and businesses downtown that would typically generate a lot of foot traffic. So, we want people to see the museum and say, ‘Oh, there is stuff to do here.’”

Congratulations Brunswick. A cute little town in need of a comeback. Please stay small and charming.