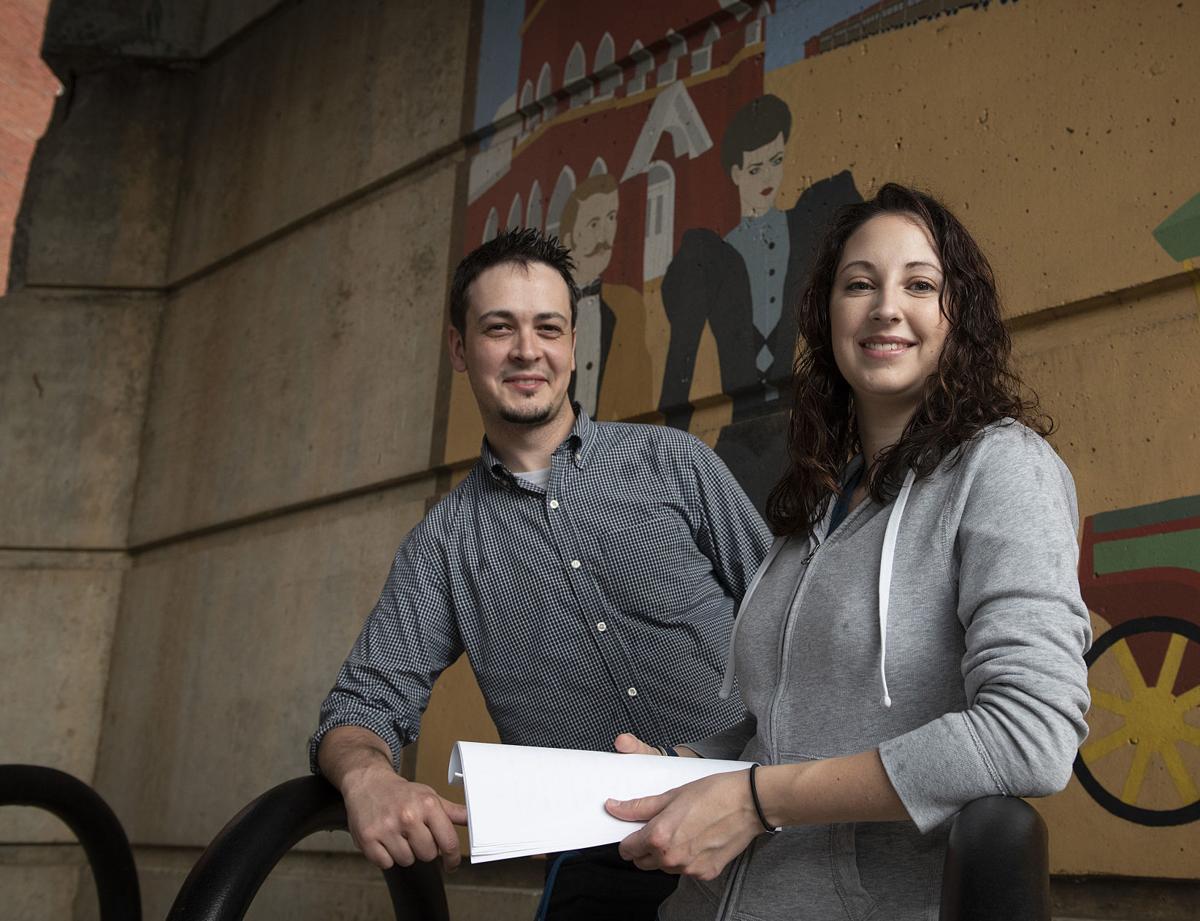 Director Michael Tuthill and his wife Amy plan to film the upcoming film The INSIDE in and around the town of Brunswick. The horror movie, written by Amy, is set to be filmed in October. 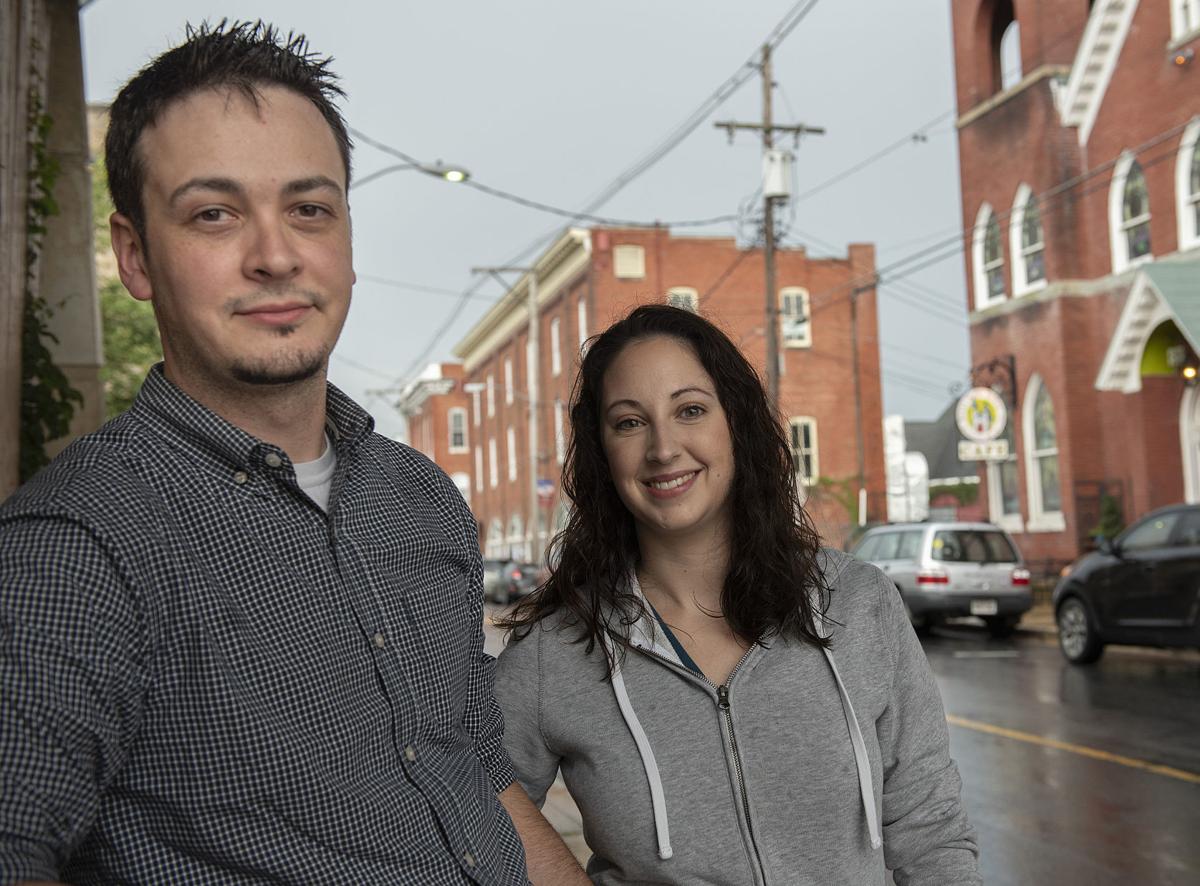 Director Michael Tuthill and his wife, Amy, plan to film “The Insde” in and around the town of Brunswick. The horror movie, written by Amy, is set to be filmed in October.

Director Michael Tuthill and his wife Amy plan to film the upcoming film The INSIDE in and around the town of Brunswick. The horror movie, written by Amy, is set to be filmed in October.

Director Michael Tuthill and his wife, Amy, plan to film “The Insde” in and around the town of Brunswick. The horror movie, written by Amy, is set to be filmed in October.

There’s something about Brunswick that makes people think: Horror.

Director Michael Tuthill is the latest in a string of producers looking to tap into the revival atmosphere of the old railroad town in his upcoming film “The Inside.” The horror movie, which is set to be filmed in October, is expected to be shot in a Rosemont residence and parts of Brunswick.

“It has this rustic sort of appeal that is like this modern industrial look, but at the same time, it’s accessible,” said Tuthill, who lives in Rosemont.

Tuthill plans to work with the city of Brunswick to get permission to close a portion of Point of Rocks Road and to film in downtown Brunswick between Oct. 18 and 22. Mayor Jeff Snoots, City Administrator David Dunn and Chief Milton Frech were not aware of any road closure requests as of Aug. 16.

If approved, “The Inside” will join a growing list of films to come to Brunswick.

Despite the notoriety that Burkittsville has received for 1999’s “Blair Witch Project,” one of the opening scenes of the cult-classic was shot inside the former Silver Rail Dinner — which later became Mommer’s Diner — in downtown Brunswick.

More recently, in 2011, “God and Vodka” was also filmed in Brunswick and featured local shops, such as Beans in the Belfry.

Tuthill moved to Maryland in 2010, after graduating from film school in Massachusetts in 2008. He has worked locally on indie films, but took a 2 1/2 year break for the birth of his son.

“The Inside” was written by Tuthill’s wife, Amy, and it’s based on a YouTube post by Red Letter Media in 2016 pitching a blended genre film jabbing at the current trends in horror films. After watching the post, the two looked at each other and said, “Why don’t we make that movie?”

The film will follow a single mother and son as they move to a new town and weird things start to happen in their house. Is someone stalking the family? Or, is it supernatural? “The Inside” takes subtle jabs at the horror genre with dark comedic overtones and horror elements, Tuthill said.

In a way, the film is Amy and Michael’s love letter to the makers of Red Letter Media, he said.

Tuthill has teamed up with Brandon Lescure of the Simpatico production company in Baltimore and casted Alyssa Beckman, Matt Gulbranson, David Polsky and Kevin “Troy” Sylvain.

The cast will also include extra supporting talent drawn straight from Brunswick, including former city councilman Harry Lashley, who has a role as a police officer, Tuthill said.

A Kickstarter campaign to finance the $20,000 production is ongoing. Tuthill is relying on small-donation backers to pay for the film, and is offering special edition posters for $30 donations, limited edition Blu-Ray DVDs for $50 donations and a special VHS edition for backers of $100 or more.

An anonymous backer plans to double the small donations before the end of the campaign on Aug. 29.

After the film is complete, Tuthill plans to shop it out to regional film festivals, including the Maryland International Film Festival and the World Music and Independent Film Festival next year.

Looking forward to this and many more!

This should be an awesome project for the town and for the community of horror fans out there. [smile]