$1.99 for 2 days
Get Started
You are the owner of this article.
Edit Article Add New Article
You have permission to edit this article.
Edit
Home
News
Opinion
Sports
Topics
Calendar
Classifieds
Special features
Contests
1 of 2 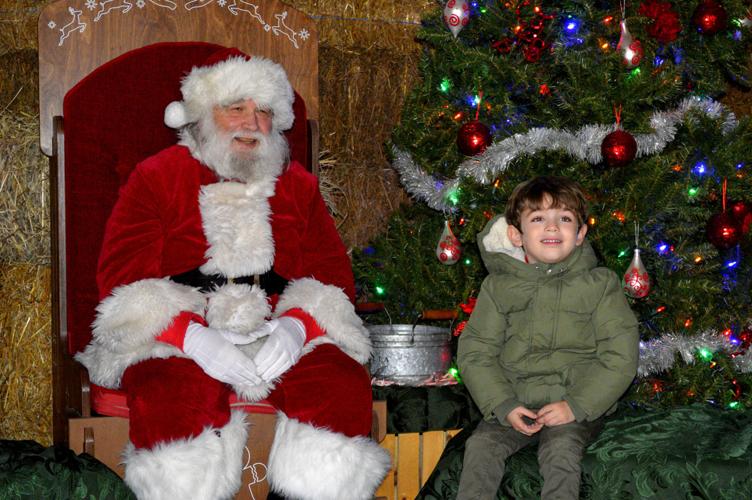 Connor Frumkin poses with Santa while his parents, Drew and Jeannette, snap some photos from off-camera. 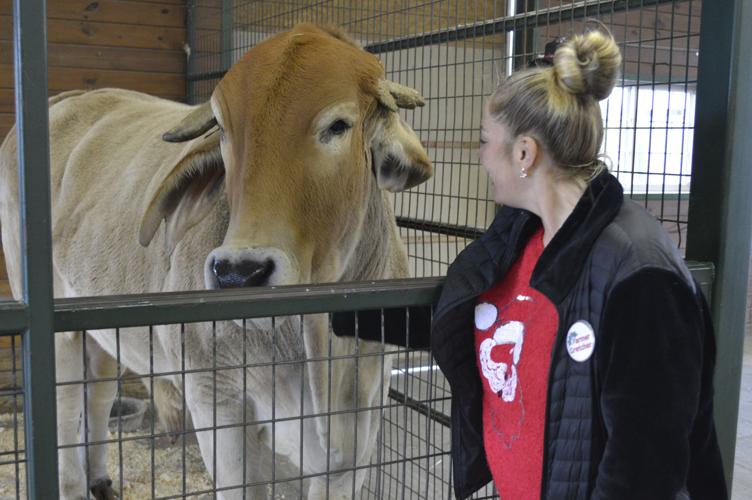 Connor Frumkin poses with Santa while his parents, Drew and Jeannette, snap some photos from off-camera.

Santa Claus might not have been joined by his iconic reindeer at the Green Meadows Petting Farm on Saturday. Instead, visitors got to see a buffalo, a kangaroo and even an emu or two before writing their letters to Santa.

For the fourth year, the petting farm on Fingerboard Road in Ijamsville held its annual Santa’s Farm Fest on Saturday and Sunday, allowing visitors to pet some exotic animals, take a hayride and get photos taken with both Santa and Elsa, star of Disney’s film “Frozen.”

Gretchen Keyes, farm manager at the Green Meadows Petting Farm, said early on Saturday the event was already off to a better start than last year’s iteration. While the farm was able to hold Santa’s Farm Fest in 2020, she said it seemed like people felt more comfortable coming this holiday season.

“It’s definitely busier this year,” she said, before adding, “Santa’s not wearing a mask this year… the line to go see Santa has been non-stop since we’ve opened. There’s lots of very excited children out here.”

Besides Santa and Elsa, Keyes said people are most excited to see the animals. Green Meadows Petting Farm has been based in Ijamsville since 2005, and, since the farm doesn’t sell the animals once they have them, Keyes said this allows repeat visitors to develop bonds with the animals.

One of the biggest draws to the farm — emphasis on “biggest” — was Tank, a 2,300 pound Brahman steer, which Keyes said has become a bit of a mascot for the farm. And it isn’t just because of his hulking size, easily standing at more than 5 feet tall.

“He is the friendliest animal we have on the property,” Keyes said while scratching under Tank’s chin.

But Tank is far from the only animal at the farm who’s friendly. All around the farm, horses, cows and a buffalo named Cody lined up for treats from visitors, while free-roaming turkeys took a more proactive approach and walked right up to the guests.

Some of those guests were Drew and Jeannette Frumkin, who brought their 4-year-old son Connor up from their Olney home to visit Santa Claus to see Santa for the first time.

“He missed his Santa opportunity last year with everything being shut down, so this is his first year of sitting with Santa,” Drew said.

And the visit with Santa went smoothly, as Connor beamed around the room. According to Jeannette, Connor asked Santa for a decidedly old-school gift this year.

“He asked for a train that would go really fast around the house,” she said.

Connor probably wasn’t the only one adding big machinery to his wishlist. Aidan Gilbreth, who parents Molly and Ryan said was “just about” 4, was seen climbing up on some of the tractor equipment left around the farm.

“I think he might be asking for a tractor after this,” Molly said with a laugh. “He loves any form of tractor or truck.”

The Frederick couple also brought Owen, 8, and Emma, 7, with one goal in mind.

“They love the animals, and it’s a great place to see Santa in a place that’s fun and different,” Molly said.

This was the first year the Gilbreth family came out to the Santa’s Farm Fest, but Molly said they had come previously to some of the farm’s other holiday events, especially around Halloween.

After the second day of Santa’s Farm Fest on Sunday, the next time the farm will open to the public is for the big Easter festival, which will feature egg hunts and other Easter activities.