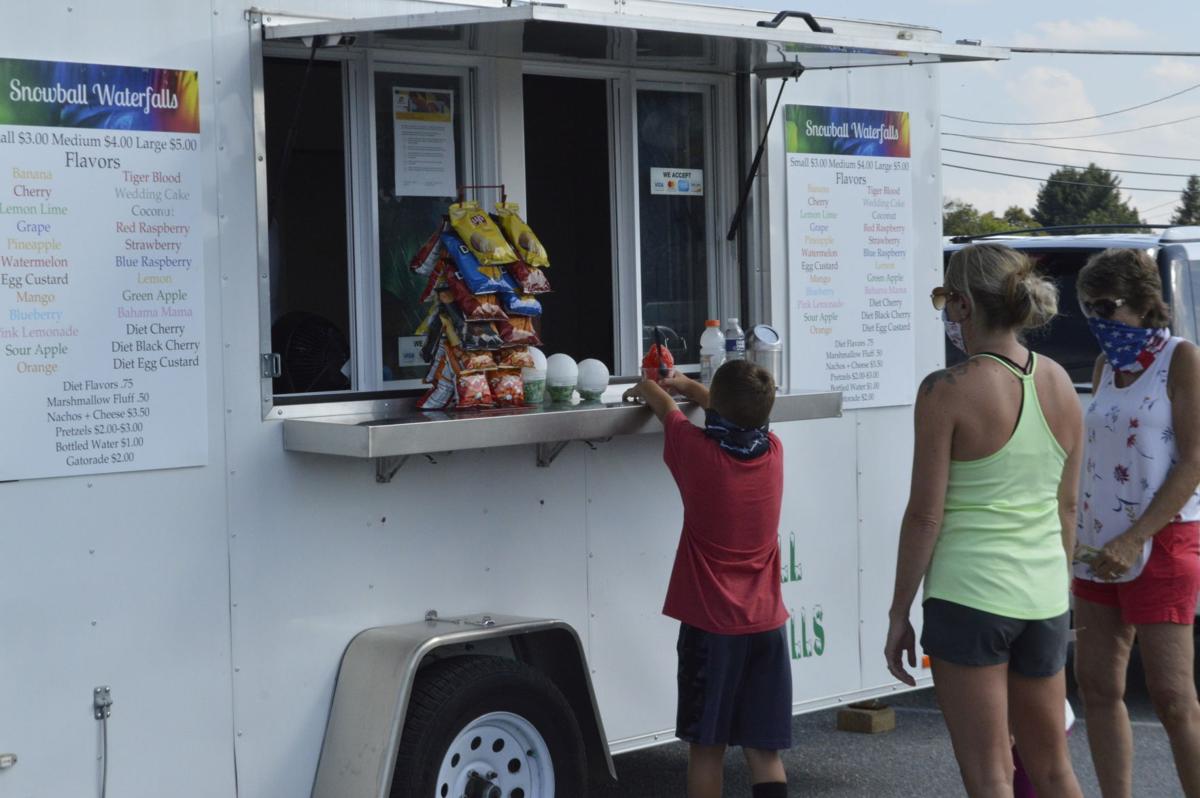 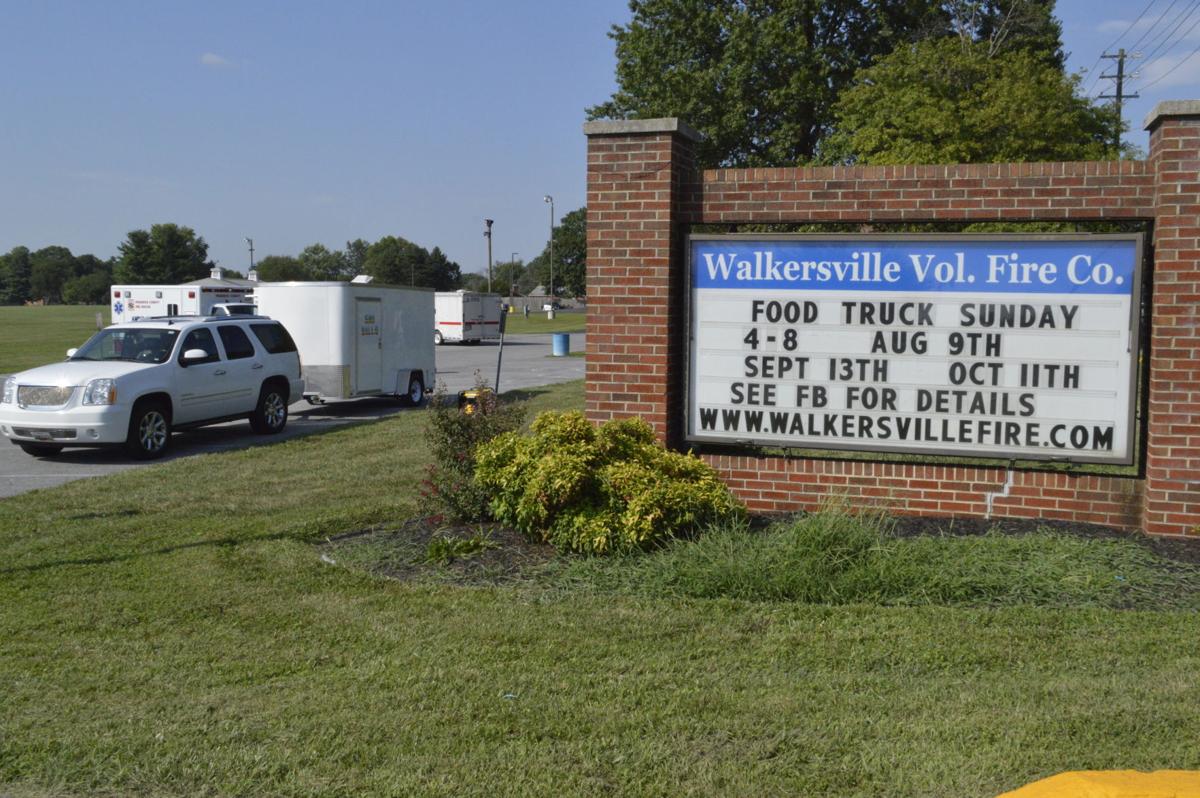 The sign outside the Walkersville Volunteer Fire Company offers more information about additional events. To the left is the Snowball Waterfalls food truck. 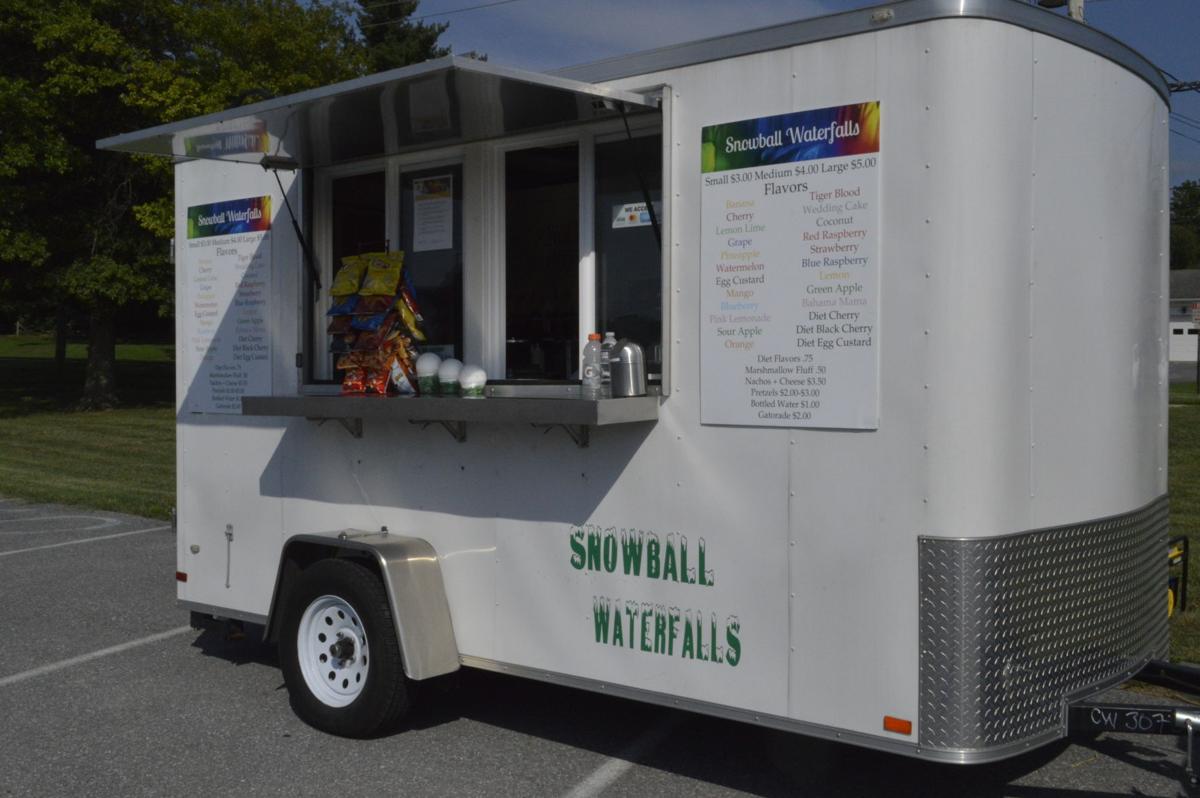 The sign outside the Walkersville Volunteer Fire Company offers more information about additional events. To the left is the Snowball Waterfalls food truck.

The event was the first Food Truck Sunday Funday hosted by the fire company but is not expected to be the last, with other similar events planned for Sept. 13 and Oct. 11 with more food trucks.

“We had seen a lot of different fire companies throughout the area starting up food truck days,” said Kristi Carter, secretary at Walkersville Volunteer Fire Company. “We were looking for different fundraising opportunities this year due to COVID and canceling our carnival and a lot of our bingos, so food trucks for us were something new and exciting that we could do and then that our help could also enjoy.”

Carter said the process of coordinating with food trucks involved reaching out on Facebook. While some were already booked because of the timing, she said there was a lot of interest and that they’re hoping to really get off the ground this fall and “hit it hard next year.”

Stacy Bratburd, her mother and her two children came out to get snow cones and cool off Sunday.

“I grew up in Walkersville,” Bratburd said. “And just because they couldn’t have the carnival this year, we’re just here just to support the fire company making some extra money, funds.”

Bratburd said it’s important for communities to have events like Sunday Funday where people can gather safely during COVID-19 and create a sense of normalcy for the families, especially the kids.

As long as it’s safe, she said they would plan on coming again.

Jay and Ginger Smith of Walkersville were also out getting snow cones on Sunday.

“I saw it posted and I like to support our community,” Ginger Smith said.

Both Jay and Ginger also said that it’s important to have events where communities can safely gather during COVID-19.

“And it supports everybody,” Ginger said. “Yeah, absolutely.”

As for the snow cones, Ginger got cherry and Jay got egg custard, a flavor he said is the best.

“These are awesome,” he said.

Carter said the Town of Walkersville also approached the fire company and expressed interest in having them host a food truck event.

“We’re looking forward to having the community come down and maybe even spend time with their family, if they want to spread out a blanket on the grounds and have a nice Sunday evening dinner kind of outside,” she said.

Funds raised will go toward the purchase of a new engine and building renovation.

“We had big projects on the book for this year and COVID kind of cut into that but we’re really hoping that these events will help make up for it a little bit,” Carter said.

For more information and to learn about future events, visit: https://www.facebook.com/walkersvillefire

I wonder if they allowed that food truck that won't serve first responders and law enforcement?