Sign Up
Log In
Purchase a Subscription
You are the owner of this article.
Edit Article Add New Article
You have permission to edit this article.
Edit
Home
News
Opinion
Sports
Topics
Calendar
Classifieds
Special features
Contests
Become a carrier
1 of 4 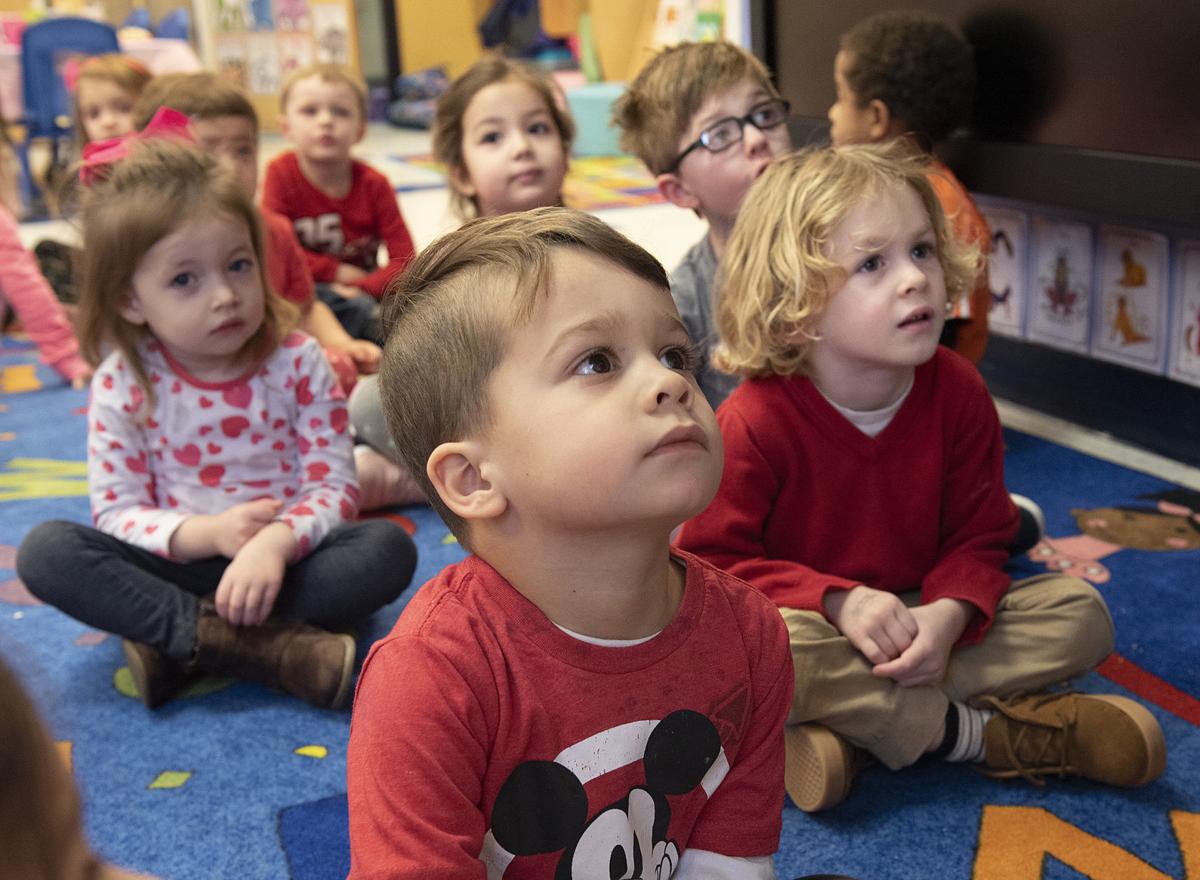 Sophia Arnsberger, Brady Wilkes and Nolan Kopp and other children listen to a story being read to them by a teacher Thursday afternoon at the Goddard School. 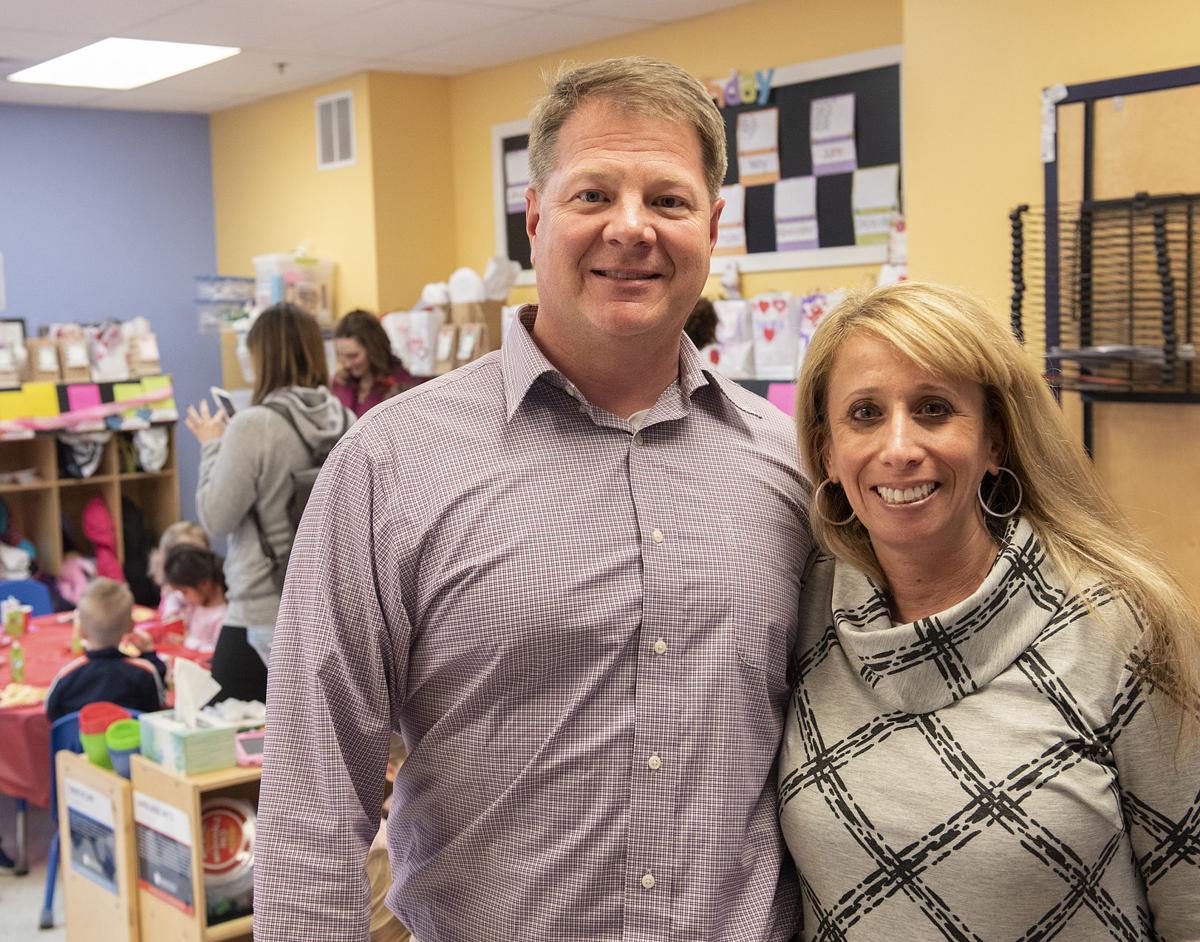 The Goddard School in Urbana is celebrating its 10th anniversary providing early childhood education to children from infant to school age. The school is owned by John and Jill Pelicano. 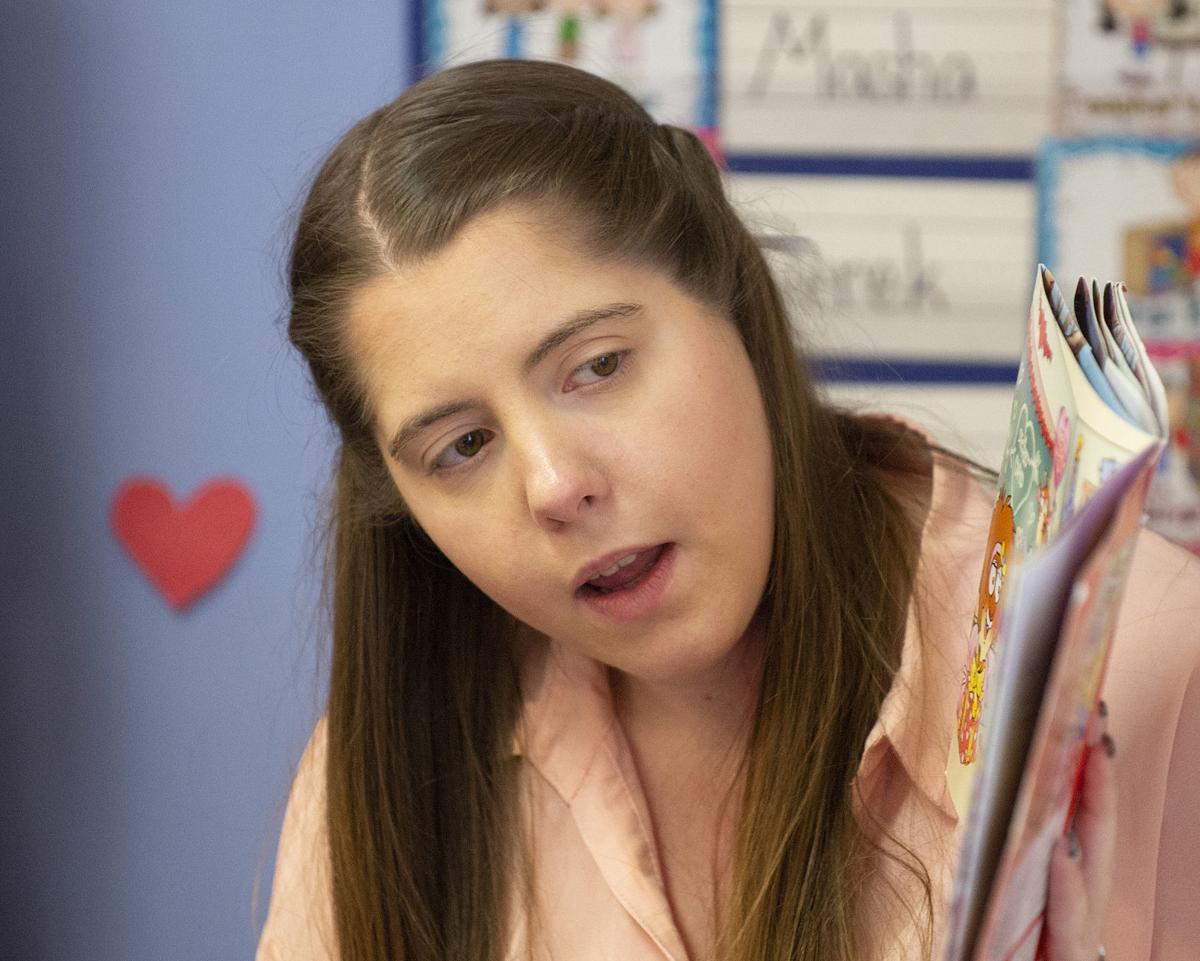 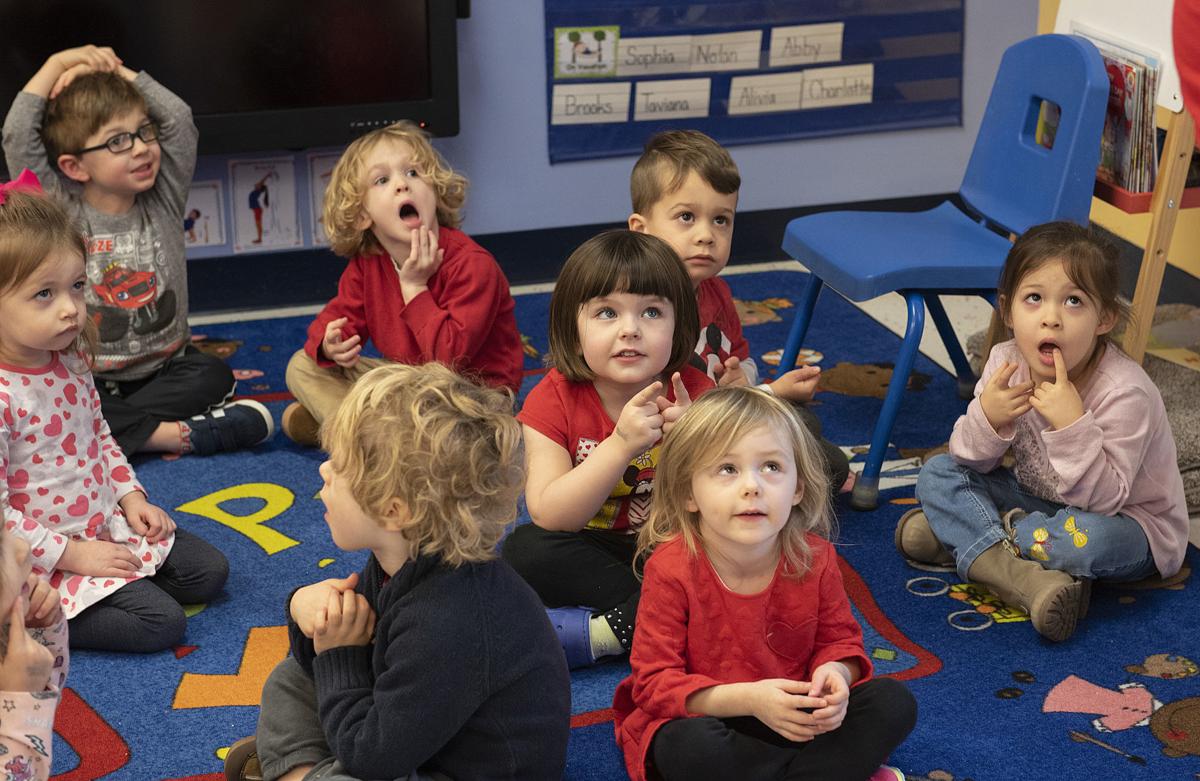 Sophia Arnsberger, Brady Wilkes and Nolan Kopp and other children listen to a story being read to them by a teacher Thursday afternoon at the Goddard School.

The Goddard School in Urbana is celebrating its 10th anniversary providing early childhood education to children from infant to school age. The school is owned by John and Jill Pelicano.

Over the 10 years the Goddard School in Urbana grew from a graduating pre-K class of 12 to one of 68, its owners, John and Jill Pelicano, said they’ve seen the expectations for kindergartners entering public school grow year after year — making their roles in early childhood education feel increasingly crucial for long-term student success.

The Goddard School in Urbana is celebrating its 10th anniversary this year, and its owners are responding to increased demand with plans to expand their offerings through a second school next to Sugarloaf Elementary School and possibly a third school in the future. The couple attribute their decade of success in Urbana with their unique approach to early childhood education: It’s a family business with highly trained directors and teachers, emphasizes science, technology, engineering arts and mathematics (STEAM) learning from an early age, collaborates with the nearby award-winning Centerville Elementary School and incorporates the Goddard curriculum called FLEX along with MSDE creative curriculum and FCPS learning domains.

While the school accepts infants to school-aged children, Jill said, it is not a typical day care center.

“To me, what I saw when I went to a day care, it was like cowboys and Indians with a teacher just sitting in the middle. I would ask questions and never get answers, and it just wasn’t what I was looking for,” Jill said when she was trying to find care for her daughter in the Frederick area. “I had heard about Goddard, and there was one in Frederick. It was owner-operated, you had degreed teachers in all of the classrooms. ... We walked out and I said, you know, we should buy a franchise and build one in Urbana, and he said ‘You’re crazy.’”

Ten-plus years later, the Pelicanos have been working, living and raising two children together at the Goddard School in Urbana. It’s been an adventure, Jill said, and she’s seen children, including her own son, grow up through the school from infancy and go on to be far ahead of their peers when they enter kindergarten.

The program is outgrowing its space, a building on Carriage Hill Drive, with interior walls painted by a local artist with jungle animals and foliage.

As the program grew, John said they worked to improve it along the way. To keep up with demands at the elementary school level, the Pelicanos added interactive Promethean boards to every classroom and iPads for students and teachers, they updated their curriculum to be better aligned with Frederick County Public Schools’ curriculum, received MSDE accreditation and went the extra mile to connect with families and educators in Frederick County and beyond.

“That’s the point that really sets our Goddard School apart from anywhere else — the education the children are actually getting here with the marriage of the three curriculums,” John said. “The teachers are able to carry the students as far along as they can go. There are no limitations. If they are all on kindergarten level, which most of them are by the time they graduate pre-K, it’s a nice flow into Frederick County Public Schools’ kindergarten because it’s more of a refresher: They know their sight words, they know how to count to 100, they’re doing addition and subtraction already at the pre-K level.”

This is a widely researched subject. A state commission on education known as the Kirwan Commission feels similarly about the role of the critical period from birth to elementary school in student success, releasing plans to increase education funding by $4.4 billion that includes the expansion of quality 4-year-old and 3-year-old pre-K offerings. During this time, the commission said, gaps can form among students.

“Research shows that, by the time they are 5 years old, students in the U.S. growing up in poverty are exposed to as many as 30 million fewer words and score two years behind on standardized language development tests than their counterparts coming from wealthier families,” the commission’s policy report reads. “Not surprisingly, these gaps in readiness are almost impossible to overcome, all the more so since too many low income students attend schools that simply don’t have the resources to provide the additional support and resources needed to close the gaps that existed on the student’s first day of school.”

The Pelicanos say they are open to possible future public-private partnerships and have been following the work of the Kirwan Commission closely, hoping to reach more children in the future.

John said students from Hagerstown all the way to Washington, D.C., are enrolled at the Goddard School in Urbana, but as they continue their mission to make structured learning fun, the duo say they want to expand further — aiming to never become stagnant and continue raising the bar in Urbana and beyond.