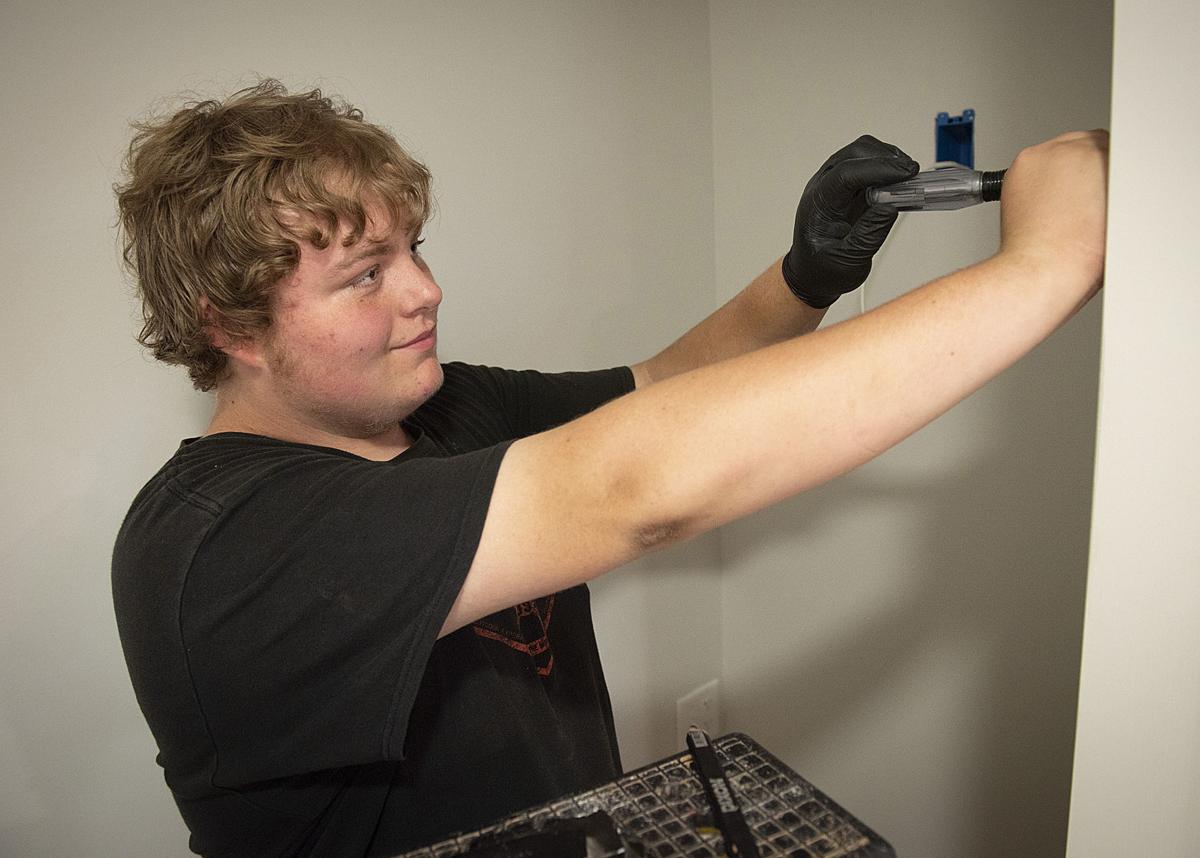 Cal Dayhoff, a junior in the Career and Technology Center program, installs an electrical outlet in the 32nd house built by CTC students. The program began in 1978 as a way for students to learn about careers in the construction trades. 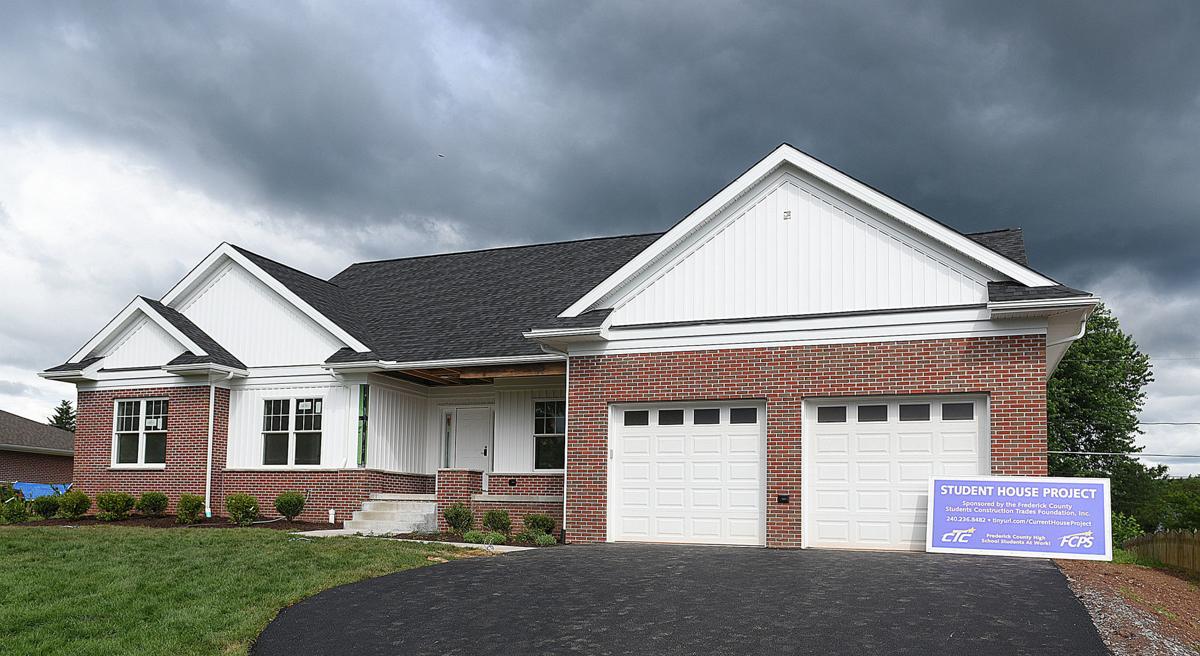 A new house is about to be finished north of Frederick built entirely by students from the Career and Technology Center program run by Frederick County Public Schools. This is the 32nd house built by CTC students. The program began in 1978 as a way for students to learn about careers in construction.

Cal Dayhoff, a junior in the Career and Technology Center program, installs an electrical outlet in the 32nd house built by CTC students. The program began in 1978 as a way for students to learn about careers in the construction trades.

A new house is about to be finished north of Frederick built entirely by students from the Career and Technology Center program run by Frederick County Public Schools. This is the 32nd house built by CTC students. The program began in 1978 as a way for students to learn about careers in construction.

Teachers, parents, community members and students who worked directly on the project unveiled the property at an open house on Thursday.

This is the 32nd house built by CTC students. The program began in 1978 as a way for students to learn about careers in the construction trades. It gives students the chance to learn hands-on plumbing/HVAC, construction electricity, landscaping, and the legal and financial processes of building and selling a house, such as permitting and budgeting.

Each house is completed within two years of breaking ground.

“A lot of things in construction don’t come up until you do it,” Thurman said. He said the project allows students to make mistakes and learn to fix them in real time at the work site.

And there is added pressure for students to do their best work since most homes go on to be sold and occupied.

The house unveiled Thursday, in the 7000 block of Peekskill Drive near Yellow Springs, is a single-story, craftsman-style house with 1,870 square feet of living space. It has two bedrooms, an office, a fireplace, a three-car garage and an unfinished basement. In a new twist, the home already has owners — David and Sheila Testerman.

Originally from Middletown, the Testermans have always loved Frederick County. They moved to Charles Town, West Virginia, some years ago, but their children stayed in the area. The now-retired couple said they wanted to come back and be closer to their grandchildren. They had visited other homes built by CTC students over the years and decided to make the school a proposition.

“We approached the school and said, ‘Do you ever sell them before they are built?’” David Testerman said. “And [CTC] said ‘we never have.’ And we said, ‘Well, are you willing to try?’”

CTC worked directly with the Testermans the entire time, and in the end, the couple essentially got a custom-built house. They got to pick the appliances, light fixtures, the color of the cabinets and even met with the landscaping class to go over design options. David said he came by the work site three times a week just to see how everything was unfolding.

“It’s been a good experience and the kids have been fantastic,” David said. “It’s a well-built home.”

According to CTC Principal Michael Concepcion, the program not only helps students develop their skills but also gives teachers a chance to stay current in terms of innovation and construction methods and features.

For many students in the program, Thursday’s open house was a chance to show off their work.

“When you make something yourself, it feels a whole lot more special,” said Thomas Grenier, a junior who is part of the CTC program and has been involved with the project since it broke ground almost two years ago.

He said he liked working with the owners because it allowed for a more collaborative experience.

“It made it more personalized as a house, and it [gave] more creativity to what we can do,” Grenier said.

Will Mohler, also a junior in the CTC program, was proud of what he and his peers had done.

“Our students take great pride in it,” Concepcion said. “Even former students who maybe graduated from CTC five, 10 years ago, they always come back and comment on how they’re so proud that they have a concrete object that represents their hard work and determination.”

The Testermans’ new home is slated to be finished sometime this summer, and they are eager to move in.

“Don’t these cabinets look great?” Sheila exclaimed. “I can’t wait to get some furniture in here.”

nice to see they are still doing this. i was in the constriction electricity class in 98-00 and did 2 houses also. nice to see after about 20 years the tradition is still going

This is a great program. They should try to steer more kids toward these kinds of careers instead of college where a majority of degrees have no practical application. You can make a great career in plumbing, HVAC & carpentry.

Great job CTC students. It's good to know there are still a few people left in Frederick County who know a screwdriver is also a tool, not just an adult drink made with orange juice.