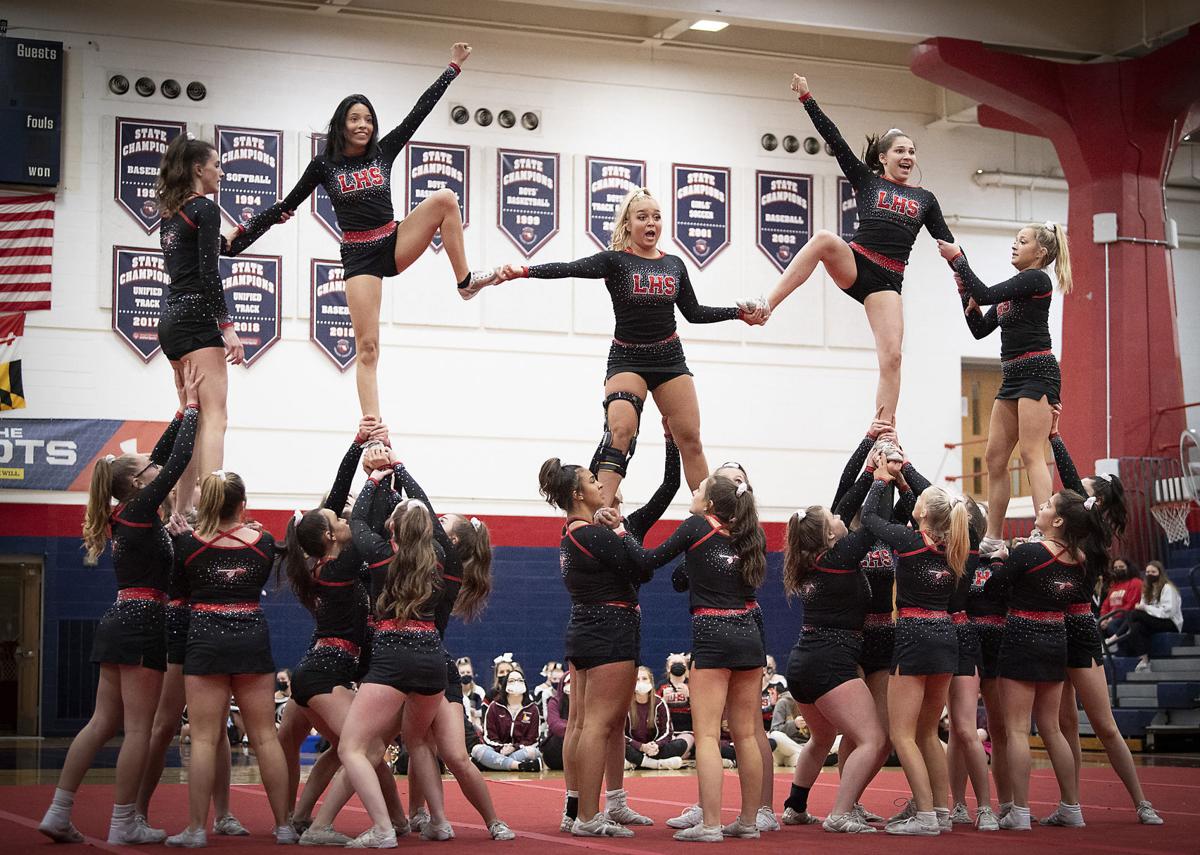 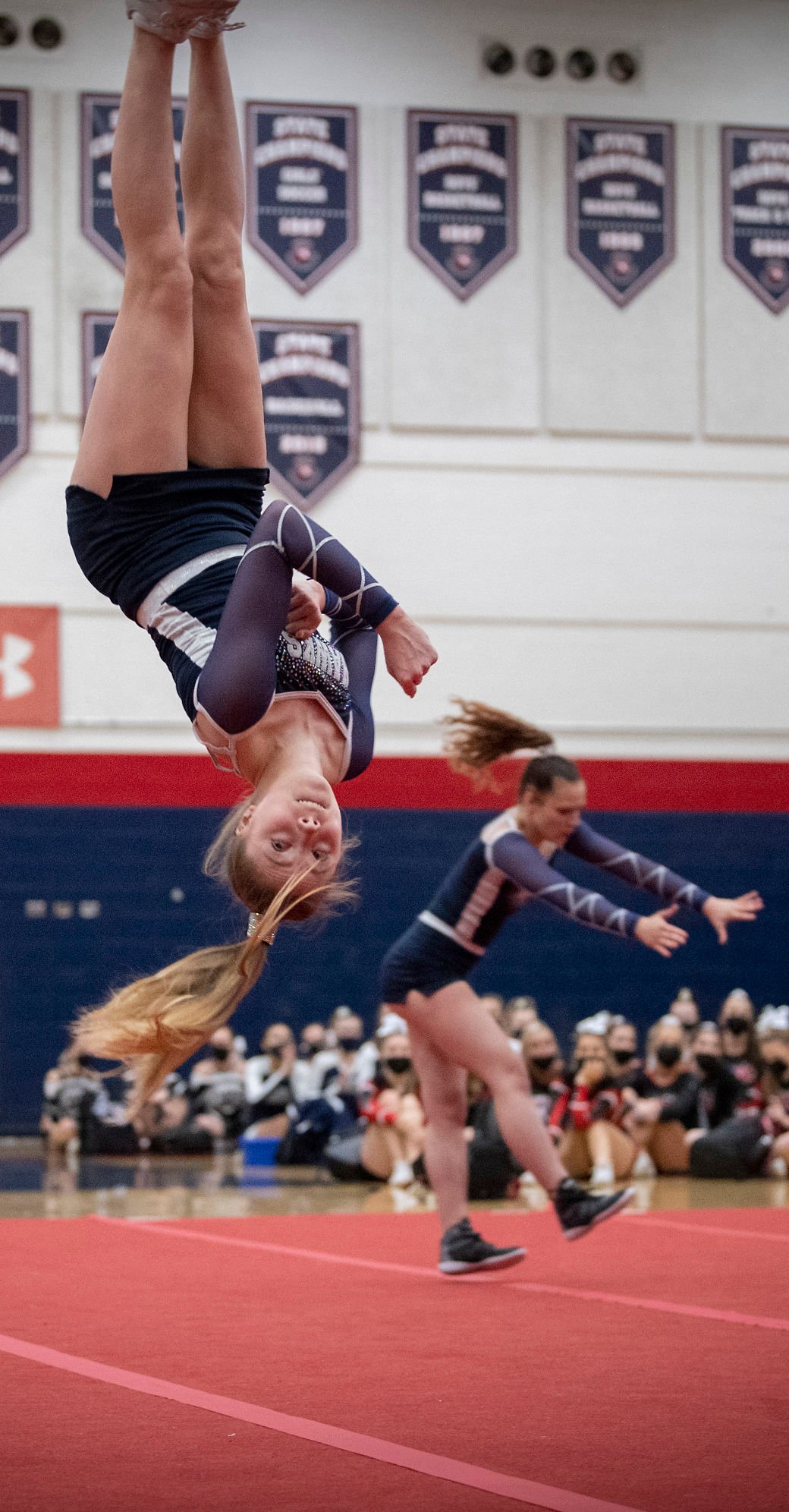 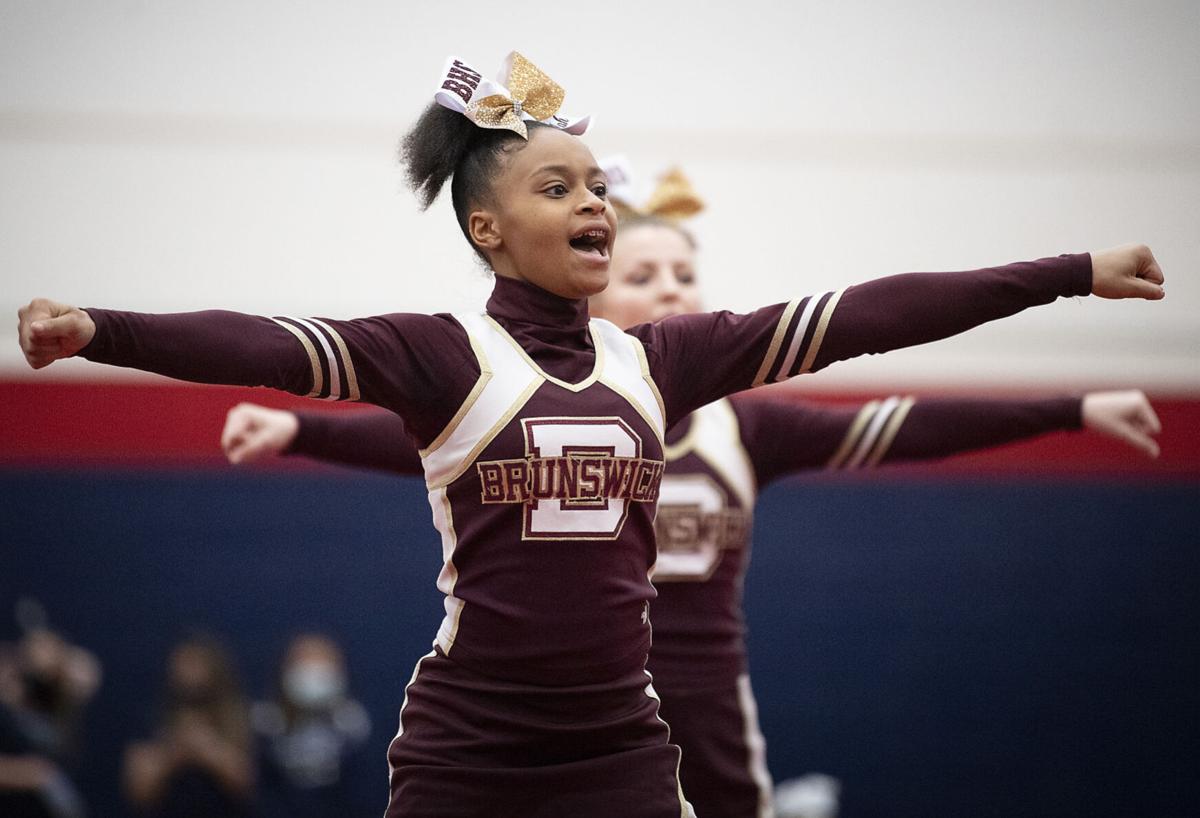 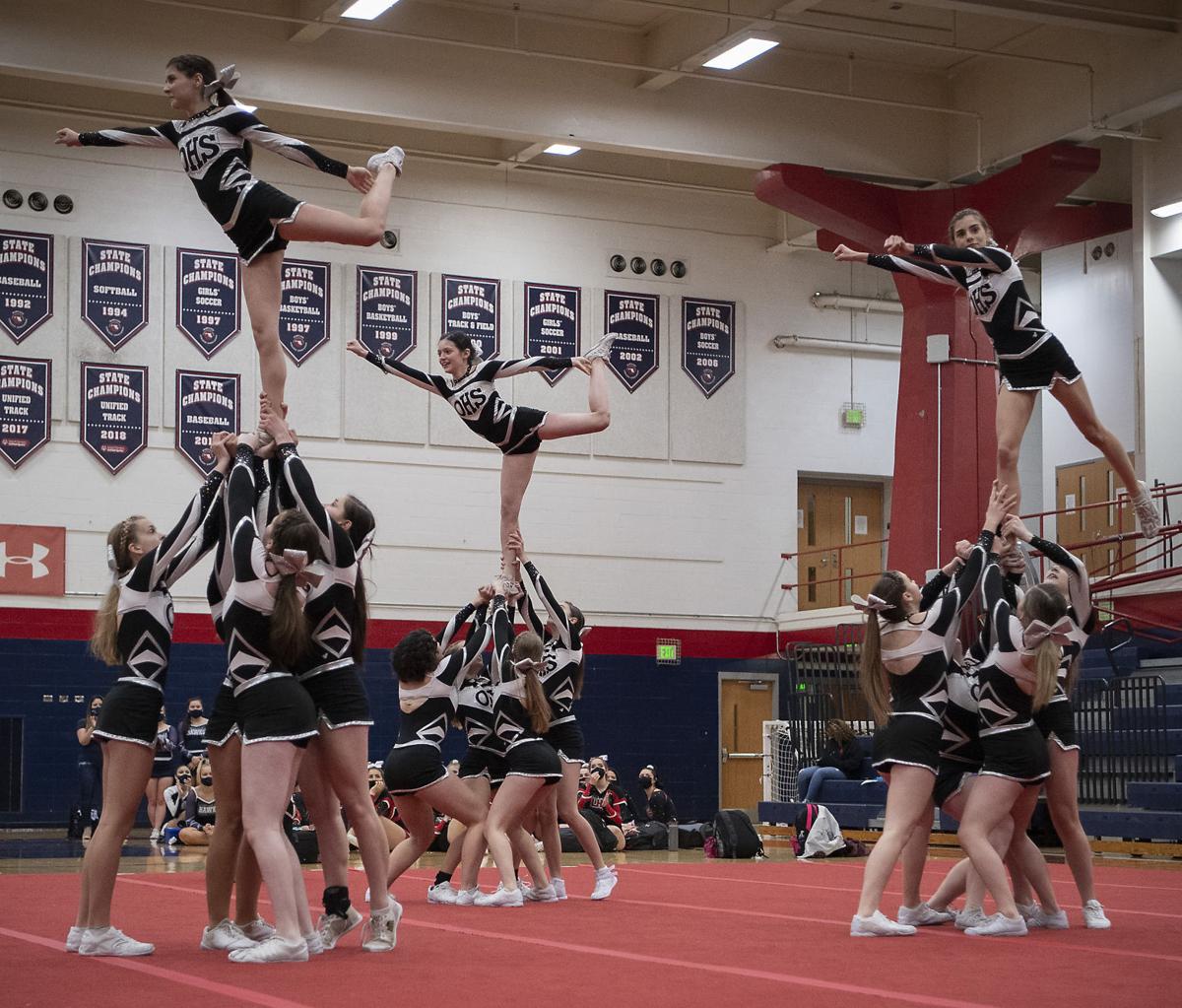 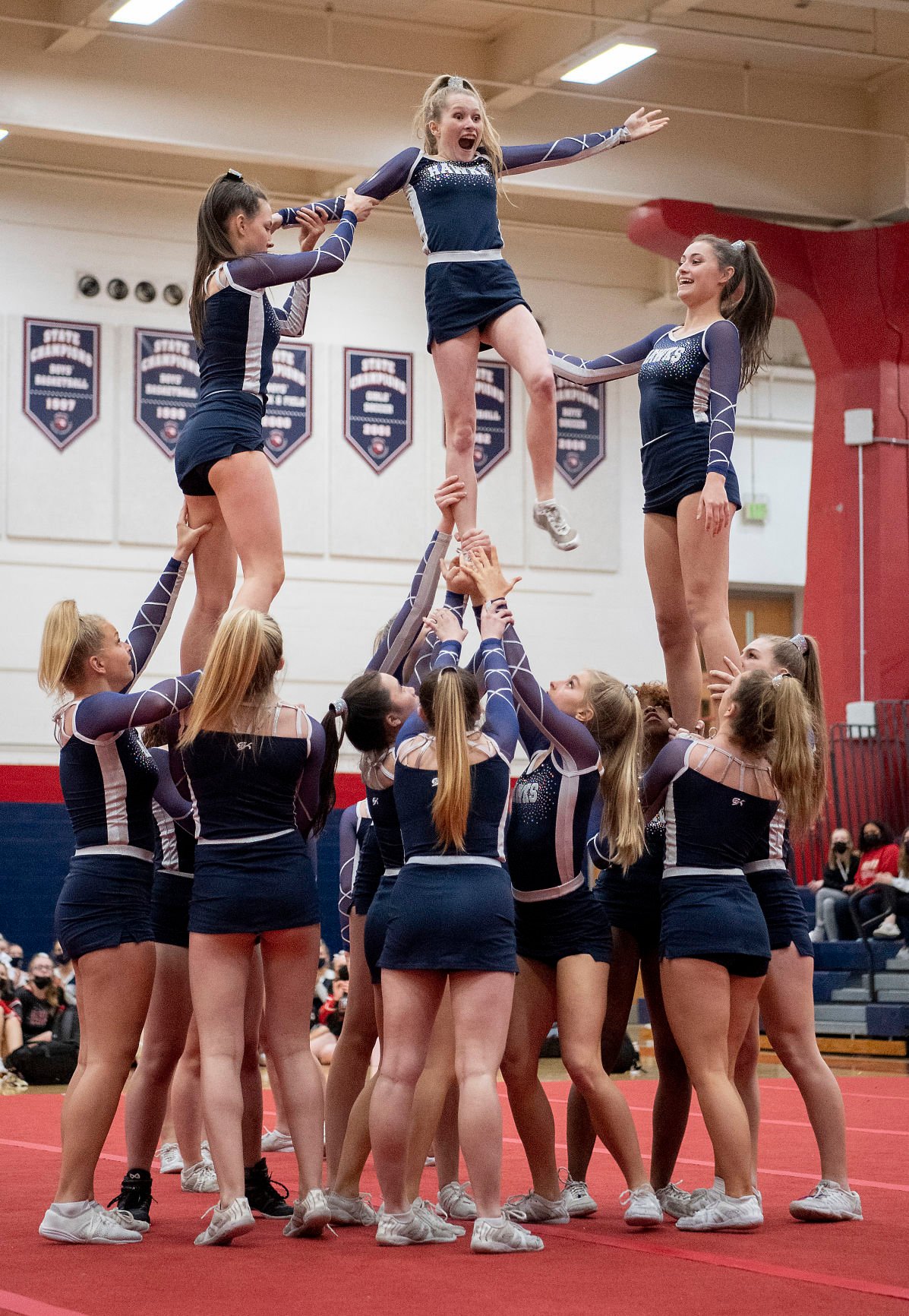 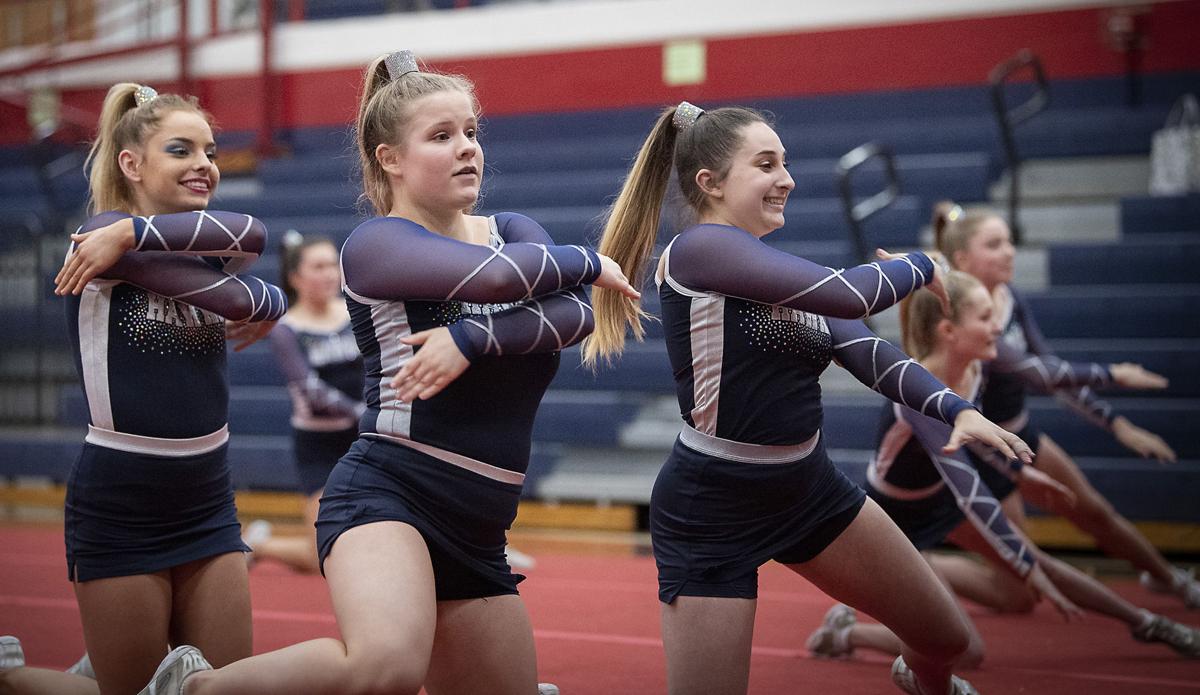 Most years, Frederick’s high school cheerleaders have a stadium or gym full of spectators to perform for at their county competitions.

That wasn’t the case this year, but Amy Rumburg’s girls at Linganore High School were even more excited than usual Wednesday night — it had been more than a year since they were able to compete.

Moreover, their routines Wednesday night were being livestreamed for anyone with an internet connection to watch.

“There’s a bigger audience even though the spectators are very limited,” said Rumburg, who runs Linganore High’s cheer program. “It’s reaching more people than it did previously.”

Six teams from four schools competed at Gov. Thomas Johnson High School on Wednesday night, performing routines that had been months in the making.

Typically, Rumburg said, a team’s performance at the county competition determines whether they can advance to the regional and state levels. But due to the pandemic, those contests have been canceled.

Still, the athletes spent hours each week building the strength, endurance and coordination necessary to complete their two-and-a-half-minute routines.

“It’s fast-paced,” said Courtney Ray, the head of Oakdale High School’s varsity program. “They’re tumbling, they’re flipping, they’re putting girls up in the air. … The athleticism part of the sport comes in at the competition.”

Each routine contains distinct segments, Ray said. In addition to the synchronized cheering and the tumbling passes, there are stunts — some performed by pairs and others by larger groups. The athletes are judged on all of those elements.

It’s been a physically and mentally demanding year, Rumburg said. Her team’s daily practice time got cut in half. At Oakdale, Ray has had to adjust to reminding the athletes to take their masks off for tumbling and stunting practice — and to put them back on right after.

Both coaches said they were excited to see their team’s efforts come to fruition.

“They’ve worked really hard,” Ray said Wednesday afternoon, “and whatever they do, I’m going to be proud of them.”

Congratulations to all of the participants! All worked hard and it was good that you got to show the hard work off.