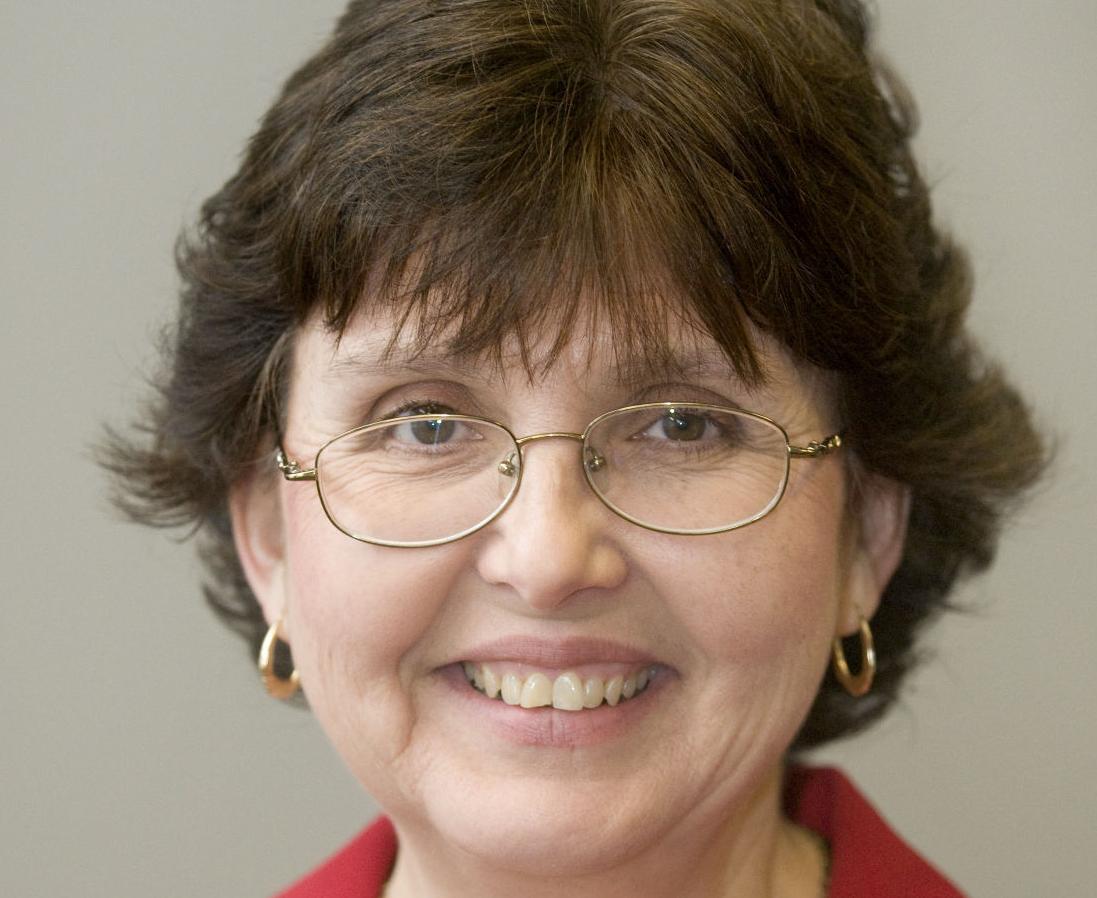 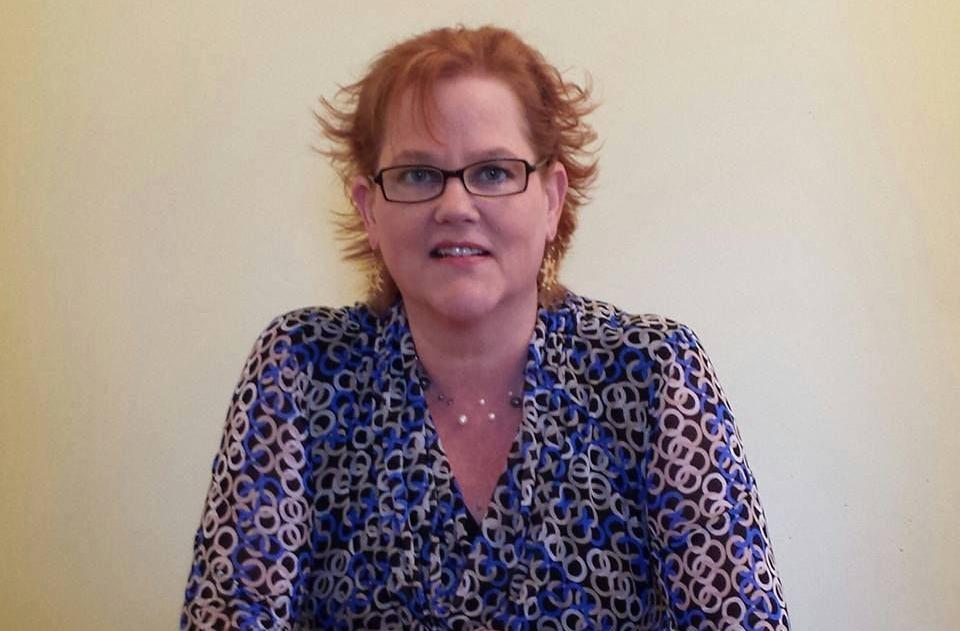 The complaint is based on two topics: whether Alban’s work with a superintendents’ organization conflicts with her local loyalty and whether an award Rose’s son received was politicized.

Rose, who finished fourth in a race for three board seats last month, has frequently criticized Alban for other reasons and called on her to resign.

Rose’s complaint will be considered by the school board’s ethics panel, a seven-member appointed body. The panel will report its finding to the school board, along with a recommendation.

Alban did not respond to a request for comment on Thursday afternoon. Frederick County Board of Education President Brad Young declined to comment.

Rose calls into question Alban’s membership with a professional association called Public School Superintendents Association of Maryland, or PSSAM. All 24 of Maryland’s local superintendents are members. Alban is a past president.

PSSAM opposed a proposed state law named for Rose’s son, Ben, who is disabled. Ben’s Rule would have exempted students with disabilities from state standardized testing. A state House of Delegates committee did not vote on the bill in the 2016 session.

“There is a severe and direct conflict of interest between the desires of PSSAM and Alban with the parents of Frederick and the mission of FCPS to partner with the parents to educate and protect its students,” Rose wrote in her complaint.

She referred to the piece of the Frederick County Board of Education’s ethics policy that states that an official cannot hold any other “employment relationship” that “would impair the impartiality or independence of judgment of the official.”

Rose wrote that this is happening with Alban and PSSAM. Rose’s complaint said PSSAM does not employ Alban, but the school system covers her dues.

Rose also alleged that Alban “hijacked” and politicized an awards event at Ben’s school, Rock Creek School, which is for students with severe disabilities.

The award Ben was getting is common among Frederick County’s schools, for students who exhibit positive behavior. Ben’s teacher nominated him “for advocacy” related to Ben’s Rule.

Rose invited Gov. Larry Hogan and David Brinkley, Maryland’s secretary of budget and management and a former state senator representing Frederick County, to the ceremony “to get an in-person understanding of ... special needs children,” she wrote in her complaint.

Rose accused Alban of taking over the event from behind the scenes, inviting other elected Frederick County officials, and manipulating the purpose.

But school district spokesman Michael Doerrer said in an interview that he invited other guests, such as County Executive Jan Gardner and Frederick County’s General Assembly delegation. Alban had no part in planning the event, Doerrer said.

He said elected officials coming to honor a student was “great” and he and Rock Creek staff members wanted to ensure that many were invited.

“Alban selectively added ‘her’ preferred guests, while excluding others; such as the entirety of the County Council, including several who are personal family friends,” Rose wrote.

Doerrer said he mistakenly did not invite council members.

Textbook definition of paranoia:
"a mental condition characterized by delusions of persecution, unwarranted jealousy, or exaggerated self-importance, typically elaborated into an organized system. ... in which the person loses touch with reality. ...suspicion and mistrust of people or their actions without evidence or justification."

Cindy Rose has a vendetta against Alban like Kirby and Billy have against Jan. Birds of a feather.

Surprise, surprise, surprise. I love the hypocrisy of Rose in accusing Alban of politicizing an event that she invited political figures to, for political purposes, probably while running a political campaign. As I understand it, the CE, Commissioners, Mayors, and the Delegation pretty much have a standing invitation to attend these events.

It's a shame that Dr. Alban continues to be harassed by Cindy. If Cindy is so unhappy with the local school system, why not move or home school? I, for one, am tired of my tax dollars supporting her endless PIA requests.

Me too. CR should start having to pay.

You don't home school a child that is so challenged and compromised as her son Ben is. Rose has a vendetta against her lot in life and wants anyone and everyone to share in her pain. The Frederick County School Board is what Rose chose as her punching bag. You''l find the same anger management compromised thinking and its consequences just about anywhere. She's sort of like what President Elect Trump brings to market when he threatens all flag burners with the loss of their citizenship or serve jail time. Cindy Rose, like Trump doesn't really care whether you feel harassed or threatened. She has her version of the law which DICTATES that we only CONFORM to her many versions of reality. Just ask Trump, on your own time, whether I'm right or not.

Everything is Trumps fault, I suppose?[lol][lol][lol]

Not yet, BUT will soon be.

The voters need people like ROSE. She keeps up things happening on the BOE.

LOL ! Wait, are you serious?

LOL! No we don't. And the voters have spoken - now she needs to slink away.

If the nation's voters have spoken, what do we do with the more than 2,500,000 votes that Clinton won by?

Cindy - go away. You might want to stop taking a page out of your " close family friends " on the county council's mode of operation. You diminish yourself with this type of whining and petty garbage.

The Frederick News Post continues to give a platform to a disgruntled loser. Cindy, you lost! All of the state's school superintendents belong to PSSAM and they, along with the ARC (a citizen's group that advocates for the rights of disabled youth and adults) opposed Ben's Rule. Because it was named after her severely disabled son, Cindy saw this as an opportunity to publicize her crusade and give notoriety to her son. She has taken that refusal personal and continues to attack Dr. Alban. Cindy also inundates the school system with scores of requests under the Freedom of Information Act which keeps staff away from their responsibilities. As to the award Ben was to receive, he does not have the awareness to know that he would be a recipient. That was an award for Cindy which she politicized by inviting political leaders and "friends." It is time for Cindy to go away and the the FNP to stop giving her a platform. As for Dr. Alban, this may be the time to hire legal counsel and let Mrs. Rose know that she cannot defame those with whom she disagrees.

As far as the FNP is concerned Cindy Rose is the news. Ask yourself what would have happened if no one commented on story line?

Thank god the citizens of Frederick were smart enough to not elect her. Go away CR.

GOD didn't have anything to do with Rose not being elected. She accomplished that end on her own time and her singular motivation to be a pain in our respective butts. She admittedly enjoys the chatter and chaos much like our coming President displays on a daily basis, and he hasn't even been sworn in to office.

A new low for Cindy.

Heaven forbid that Brad Young actually state that unhinged personal attacks on public officials like this are out of line and actually harm public education. That would mean possibly alienating the weirdos who vote for him.

BUT, look over Cindy Rose shoulder and you'll see many of her followers who took an oath to her with just a leap of faith.

Give it a rest, Cindy.

This is just sour grapes!

Yeah, just like the way that Clinton supporters took, and are still taking, the results of the election.

Which is just like the Republican-lead Senate is sour about losing their conservative seat in the Supreme Court and so decided to neglect their duties and hold a hearing on Obama's nominee. This "sour grapes" argument against Hillary supporters might be true, but cast the beam out from your own eye, first.

gus- let's not forget the early pledge to do everything in their power to make the president a one term president. CR has more than one beam in his eye....

Politics is a double edged sword. 1992, Sen. Joe Biden, "The Senate, too, Mr. President, must consider how it would respond to a Supreme Court vacancy that would occur in the full throes of an election year. It is my view that if the President goes the way of Presidents Fillmore and Johnson and presses an election-year nomination, the Senate Judiciary Committee should seriously consider not scheduling confirmation hearings on the nomination until after the political campaign season is over. …".

Political statements can always return to bite your side.

But I hope you do see the difference CR - one won the popular vote and other fell far short....

Put it in context tattered - Biden's floor speech was on June 25, 1992, more than three months later in the election cycle than it occurred this time around.

There was no Supreme Court vacancy to fill.

There was no nominee to consider.

The Senate never took a vote to adopt a rule to delay consideration of a nominee until after the election.

Nonetheless, Biden took to the floor in a speech addressing the Senate president to urge delay if a vacancy did appear. But he didn't argue for a delay until the next president began his term, as McConnell did. He said the nomination process should be put off until after the election, which was on Nov. 3, 1992.

Disclaimer - these are not my words but summed it more succinctly than I could.

CD, name one contest other than the Presidential Election where the most votes or points or runs do not win the contest. It's ridiculous. It's changed this Nations well being twice now. This Country is now going to be run by a thin-skinned, narcissist, Dictator who will do more do more to his critics than Tweet them. Billionaires and Millionaires and Generals in high places. Joe Average doesn't stand a chance.

You really don't get it. YOU won. NOW it's your turn to do something more than you have for the last 8 years. I believe there will come a day when even you will lose trust in the Republican promise, that seems to be falling apart at the seams and working its way to another kind of dictatorship that we once railed against long ago.

Instead of playing with OLD NEWS, why not start talking about what YOU have to offer, even if its stale Republican scripted messaging?