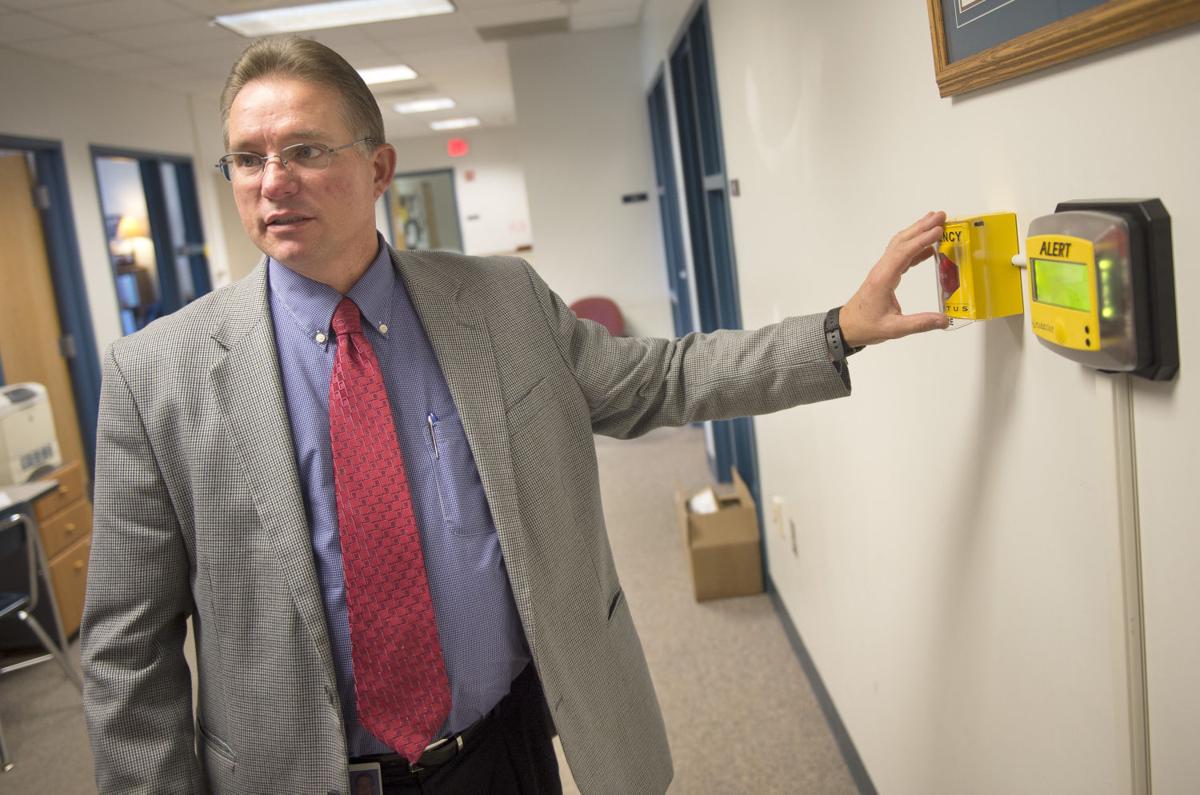 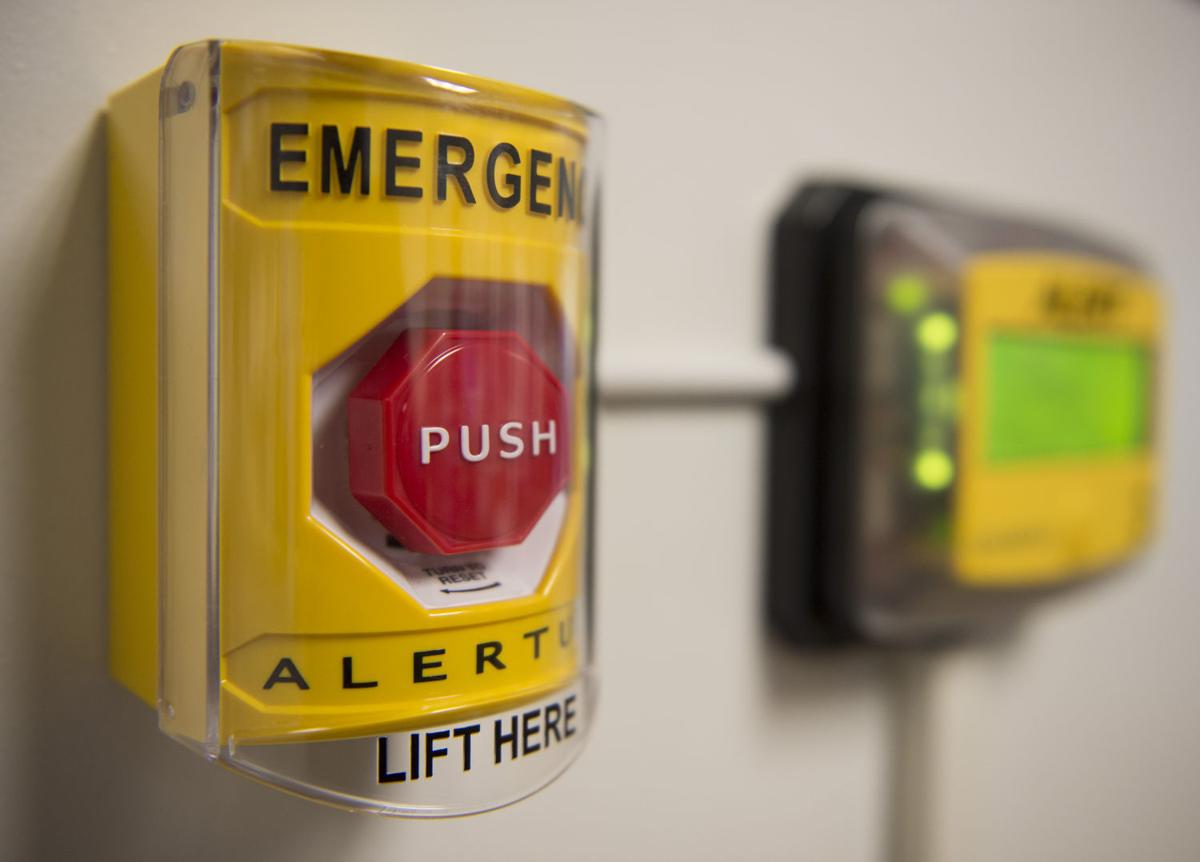 Emergency alert buttons such as this one at Gov. Thomas Johnson Middle School will let school staff instantly alert the district’s central office about an emergency.

Emergency alert buttons such as this one at Gov. Thomas Johnson Middle School will let school staff instantly alert the district’s central office about an emergency.

Frederick County Public Schools has nearly finished installing panic buttons in all of its schools, to be activated if there is an emergency such as an intruder.

The button would streamline the process of notifying the school system’s central office of an emergency, said Clifton Cornwell, supervisor of security and emergency management.

Now, staff at each school must call both 911 and an emergency line to report an incident, Cornwell said. The new button can quickly alert the central office at the same time a 911 call is made.

The emergency line is maintained from 7 a.m. to 4 p.m. After those hours, it is linked to Cornwell’s cellphone.

The buttons have been installed in 21 of 63 school buildings. Cornwell said that the school system hopes to have all of the alarms installed by the end of next week.

The addition of the buttons coincides with a rash of recent shootings on college campuses, in Oregon, Texas and Arizona, which is a coincidence, Cornwell said.

Anyone can hit the button in the event of an emergency. Bright red and covered by a plastic case, the button reads “PUSH” and is attached to a wall in every school’s front office.

A yellow box, known as a Beacon, is also affixed to a front office wall. The box lights up, a siren sounds and a message is displayed.

The message can be transmitted in the case of not only a serious emergency, but also police activity nearby and weather notifications, Cornwell said. This system is helpful in that the Beacon messages can be sent to multiple schools at a time, which helps if police are concentrated in one area, he said.

Cornwell hasn’t distributed the protocol for the use of the button, but said it should be pushed only in the most severe emergencies, such as a gunman on campus — something requiring a school lockdown. During lockdowns, the school system also sends emails and posts updates to social media.

“Something like a trespasser in the building, or threatening behavior inside the school. ... We’ve had very few of those, to be honest — maybe a handful in the last nine years,” Cornwell said.

The button at Gov. Thomas Johnson Middle School was installed a couple of weeks ago, Principal Neal Case said.

Case said the button could be activated even if he were incapacitated, noting that it is beneficial for staff members, who must act quickly and efficiently in an emergency. They are charged with overseeing more than 500 middle school students, he said.

The school will provide parents with information after the administration receives the procedures for the button, Case said.

If you see something, say SOMETHING! Big Brother wants us living in perpetual fear.

Some kid will probably figure out a way to set off using their smart phone. [innocent]