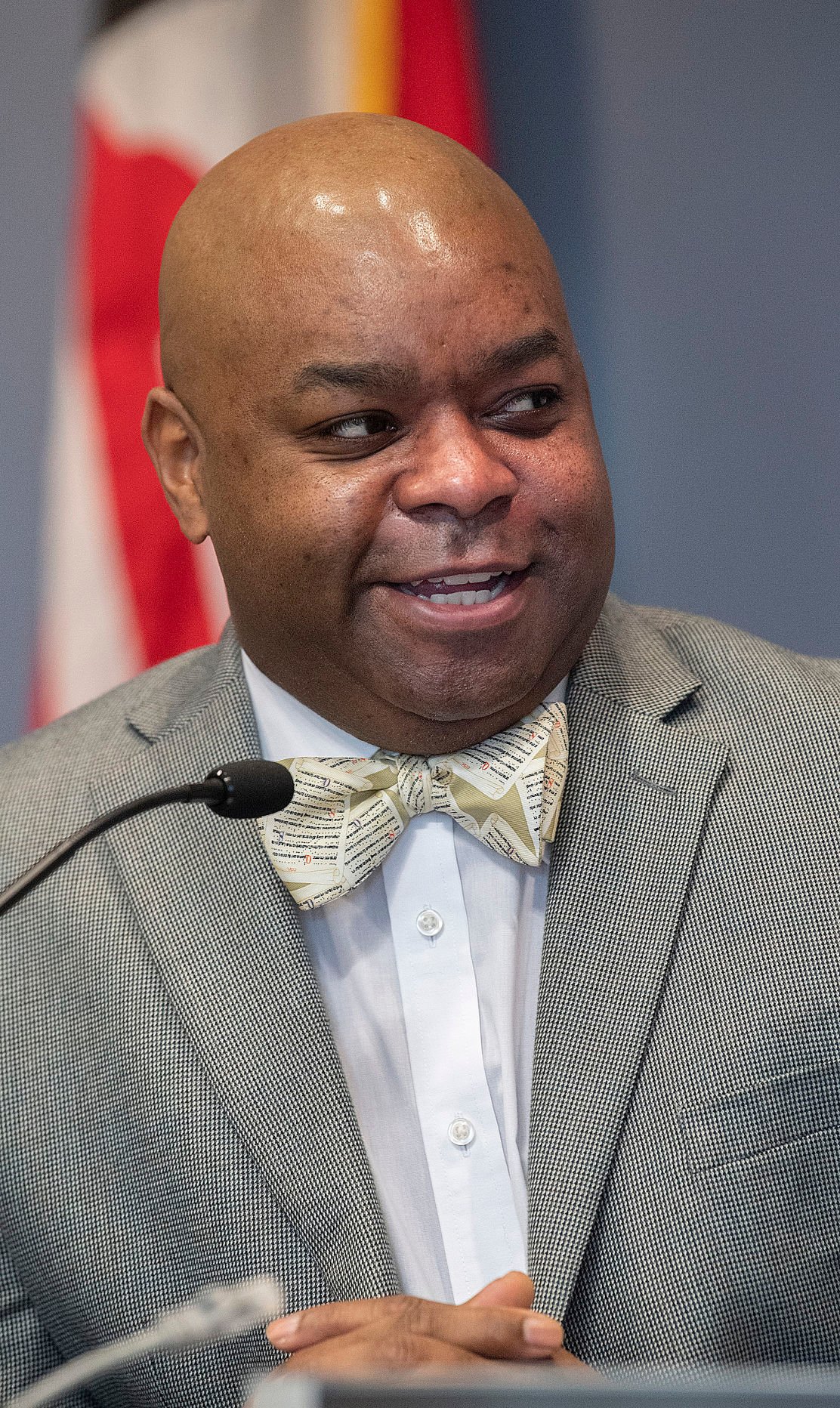 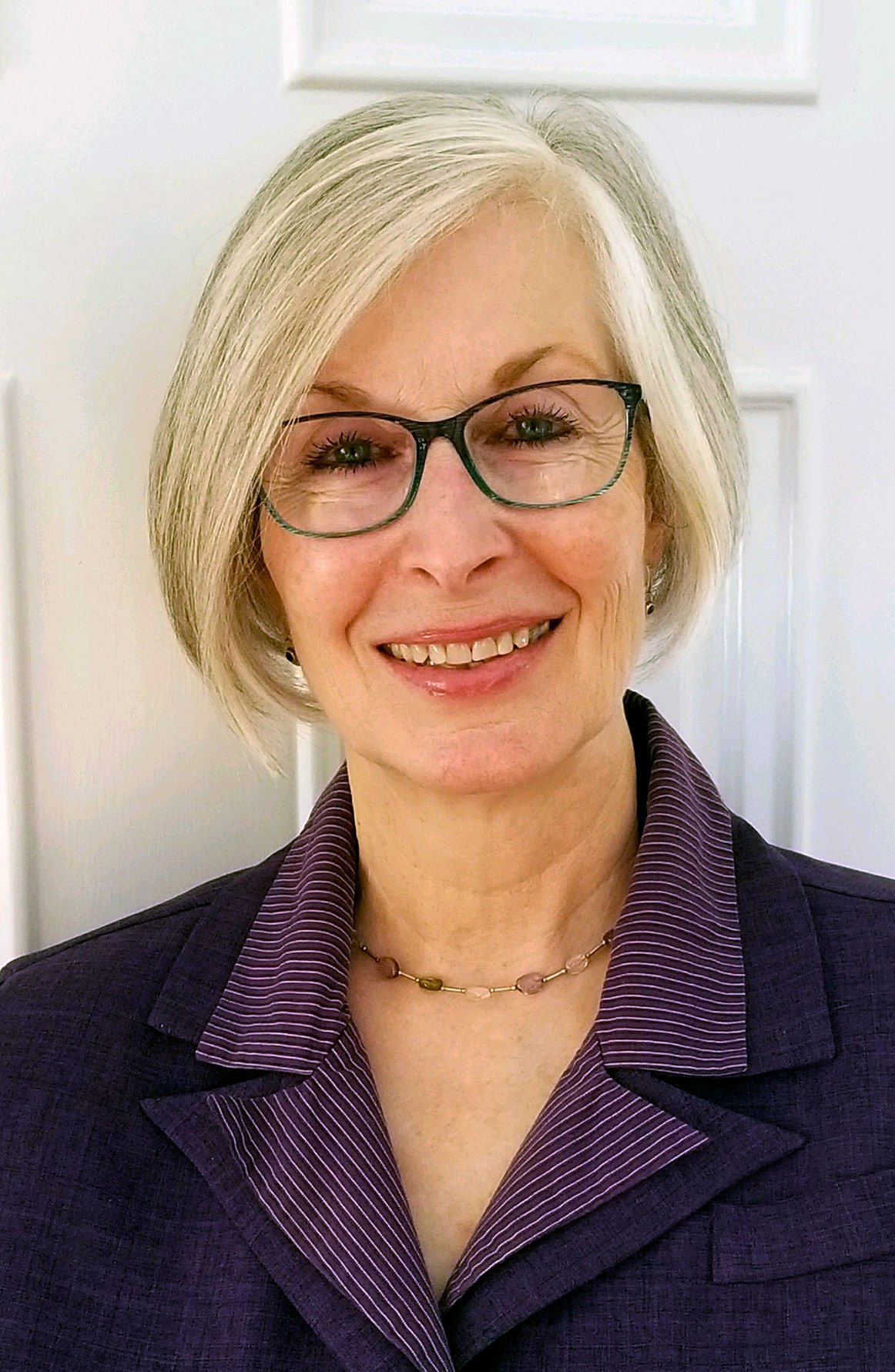 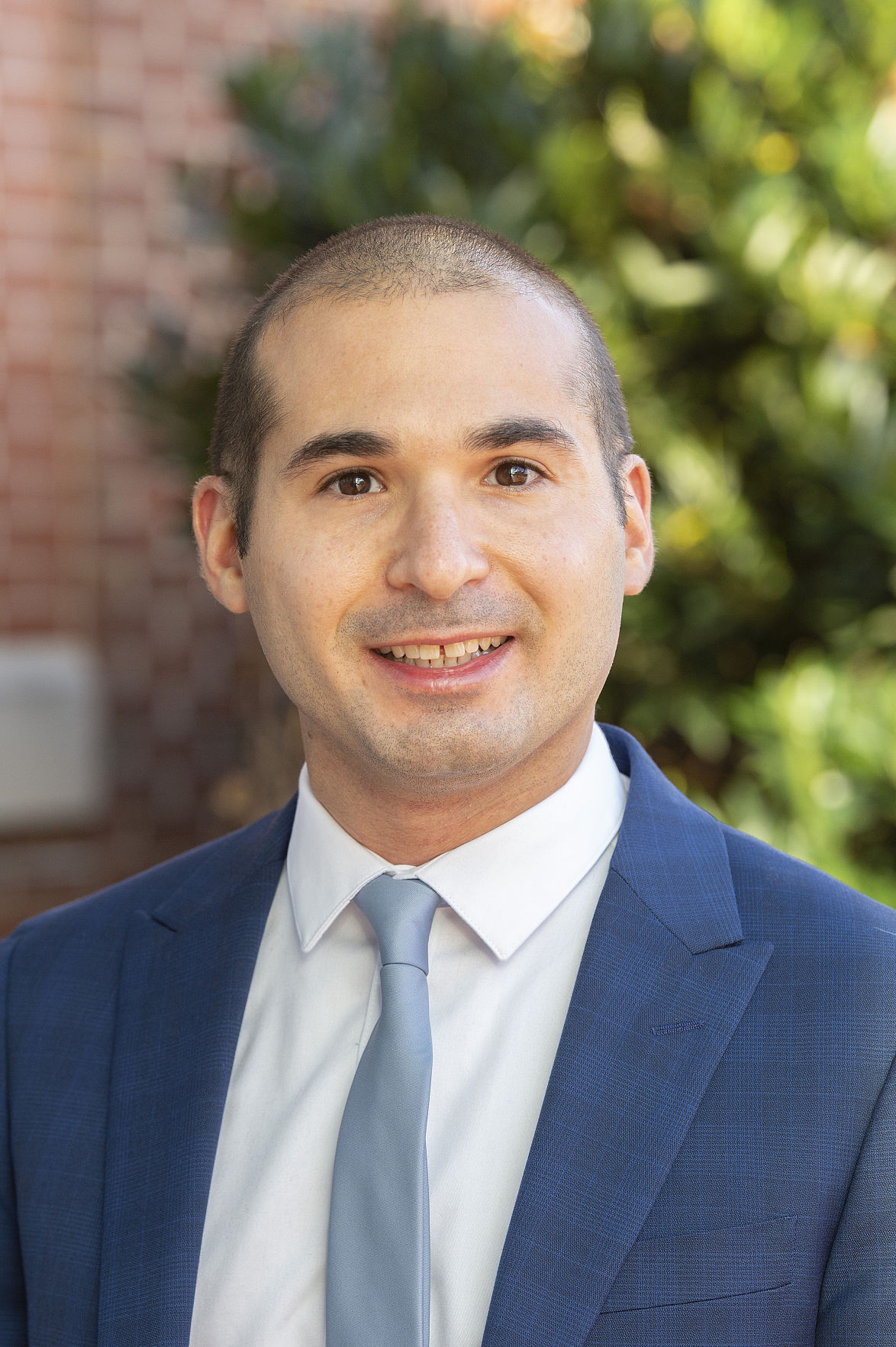 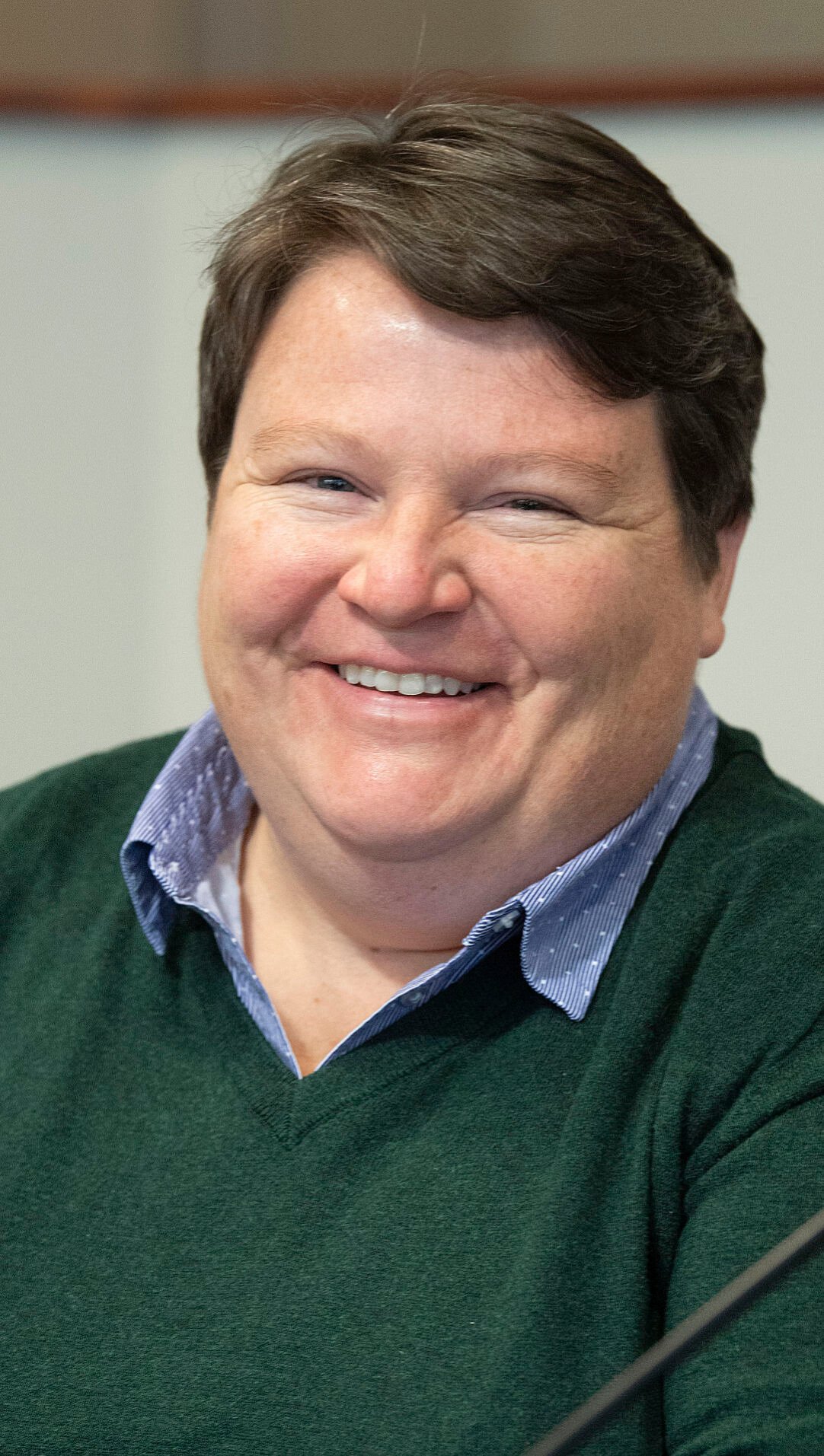 The Frederick County Board of Education has unanimously approved the superintendent’s proposed fiscal 2022 budget with one addition.

Before members took a vote on the plan Wednesday, Board President Jay Mason asked that a youth apprenticeship coordinator be added. This position would oversee the Youth Apprentice Program, which provides opportunities for high school students to gain experience in the industry they plan to pursue after graduation.

According to FCPS budget officer Heather Clabaugh, the position will cost $109,996, including salary, benefits, fringes and one-time start-up costs.

The board was also given some updated information on where the budget stands now that Gov. Larry Hogan (R) has released his proposed fiscal 2022 budget.

FCPS will most likely see an increase in both state funding and its leftover fund balance from what was originally expected, Clabaugh said.

Staff had originally predicted a $2.5 million decrease in state funding, but based on the governor’s budget, FCPS is likely to receive just about the same level of funding as it did in fiscal 2021.

Additionally, the school system’s fund balance has increased by $4.5 million, bringing the total to approximately $10 million. This number could increase even more as the school year goes on based on spending, Clabaugh said.

Hogan’s new version includes funding for supplemental instruction and tutoring, and grants that protect against declining enrollment and support transportation for people with disabilities.

If the governor’s budget passes as is, FCPS would receive $3.2 million for supplemental instruction and tutoring, $1.2 million to help with the declined enrollment seen this school year and $800,000 for transportation costs.

Clabaugh explained these items have not yet been reflected in the budget’s working file. Staff is hoping to get more information from the state legislature on these items. It’s possible some strings might be attached to the funds for supplemental instruction and tutoring, she said.

Board Vice President Karen Yoho said she and other education advocates from around the state have been speaking with members of the state legislature about the importance of funding this year.

“We made sure to reinforce a declining enrollment and holding harmless so all of them heard that ... [Sen. Paul Pinsky], in particular, was very interested in tutoring to make up for learning loss, so my hope is there won’t be a lot of strings attached,” she said.

Due to the new numbers from the state, the variance in the budget decreased by approximately $6.7 million. The Board of Education and the Frederick County government will now have to figure out how to make up the remaining $27 million.

Discussion on the budget by board members before the vote was brief.

Board member David Bass encouraged the public to participate in the upcoming public hearing. He also asked that the school system consider including funding to expand American Sign Language in schools in future spending plans.

Board member Sue Johnson asked a question about increasing teacher salaries. Clabaugh said any salary increases are based on annual negotiated contracts with employee bargaining units. Board members will have the opportunity to talk about teacher pay in closed session meetings.

Board member Liz Barrett said while she supports the proposed budget, she would like to see more detailed cost and return on investment analyses done on FCPS’ spending.

“Taxpayers deserve to have information ... as our budget continues to expand ... the more data and accountability is going to be crucial,” she said.

Superintendent Terry Alban responded to Barrett’s requests, saying if the board is in favor of a deeper analysis, an outside expert would have to be contracted.

“I appreciate and agree with Ms. Barrett that that’s a question many community members are going to ask. I just don’t think that our staff has the technical expertise to do that kind of analysis,” she said.

Members of the public will be able to voice their opinion on the budget during a public hearing Feb. 3 at 7 p.m. Community members can submit their comments or questions in writing or via video. FCPS will also take comments via phone during the hearing. For more details on how to participate in the hearing, go to fcps.org.

Remember some years back ( I forget how many ) when everyone was shocked that the FCPS budget was approaching 1/2 a $billion? Now were are at 700 million. Has there been anywhere near a 40% increase in the students? Any bets on when we hit a billion?

"Board member Liz Barrett said while she supports the proposed budget, she would like to see more detailed cost and return on investment analyses done on FCPS' spending.

"Taxpayers deserve to have information ... as our budget continues to expand ... the more data and accountability is going to be crucial," she said.

Superintendent Terry Alban responded to Barrett's requests, saying if the board is in favor of a deeper analysis, an outside expert would have to be contracted.

"I appreciate and agree with Ms. Barrett that that's a question many community members are going to ask. I just don't think that our staff has the technical expertise to do that kind of analysis," she said."

...no wonder why the proposed FCPS school budget proposals are bloated, year after year after year. It appears NO ONE internally in the FCPS professional ranks has the knowledge, training, skills, expertise or ability to conduct simple cost/benefit analysis, trend analysis, ROI analysis, historical spend/save/reprogramming analysis, or even deep dive expenditure analysis. This means, year after year, this type of analysis is NEVER conducted during budget development season. WHO in their right mind builds annual budgets WITHOUT considering these aspects???

No wonder that huge monstrosity of a downtown FCPS administration building got built.

I do not even know where to start when trying to critique this absurdity. This is simply a circus. The Frederick County School Board is getting hoodwinked. I hope they read these FNP comment boards.

True, Alban with her response is admitting that " we don't know what we're doing, but we are going to forge ahead anyway."

@gabriel, yes. And I would assume the governmental, non-profit and charitable sectors as well undertake these analyses on a routine basis.

I guess the FCPS environment is a rare bird, although it is proposing using $701 M of our taxpayer dollars in 2022.

[crying] A criminal shame and abhorrent malfeasance. Try running your own personal checkbook without doing CBAs and ROIs on what your family is buying. You would be a FOOL.

I mean, do they even have a simple spreadsheet to make sure they are tracking exactly where the money is even going?

Well, EXCEL is a great speadsheet program with numerous improvements over the years, as well as many evaluation and mathematical analysis research capabilities.

That seems like basic financial literacy that we should expect from our BOE. Or does that seem to out there? I am just a simple man.

They probably do have the skill set, but why bother when the mentality appears to be "Ask and thou shall receive" ?

This was the last professional study. Most likely this is the one Dr. Alban was referencing in her commentary as it encompasses Frederick County west. https://www.garrettcountyschools.org/resources/public-information/pdf/BEACON-WMD-Regional-Economic-Value-Study-Report-04-14-15.pdf