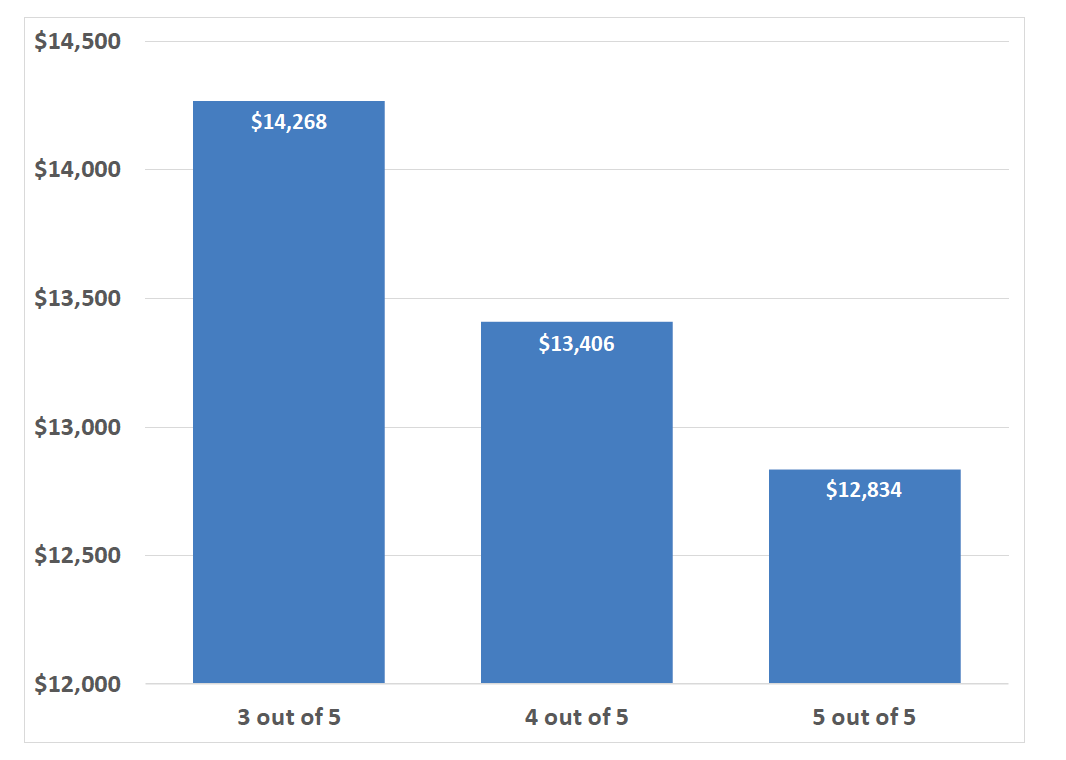 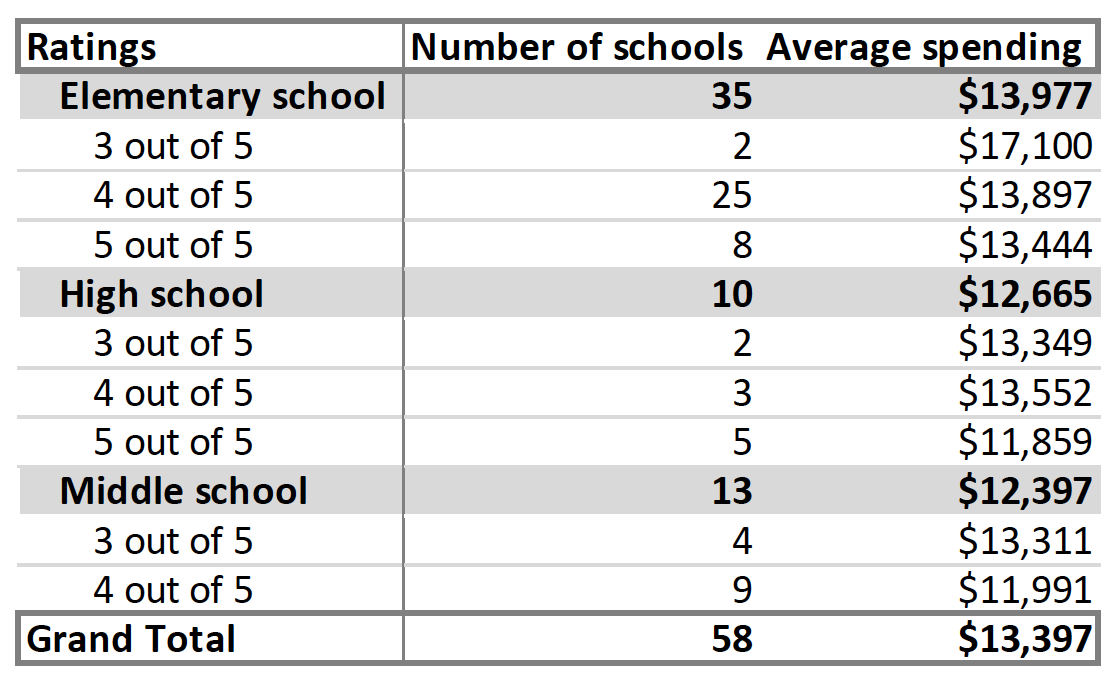 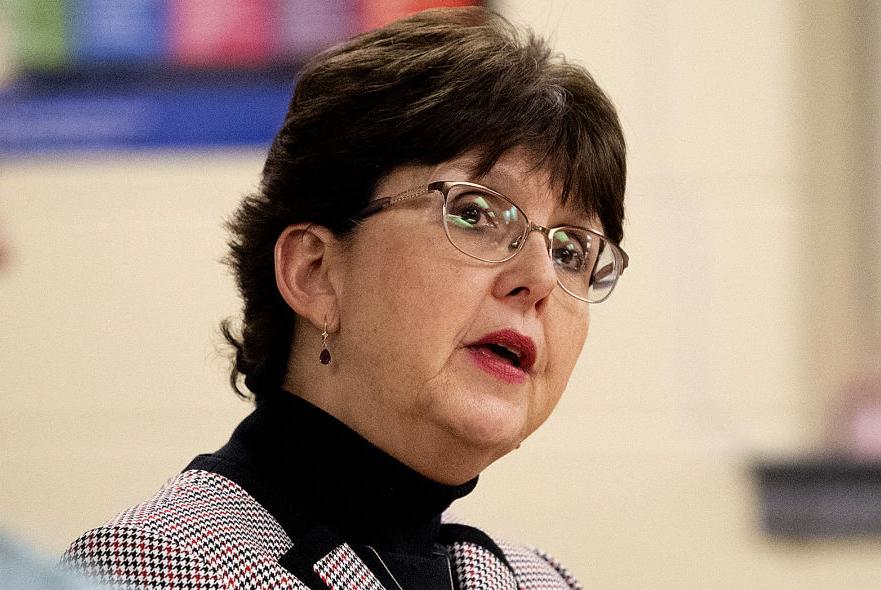 New data released by the state shows for the first time exactly how much money individual public schools spend per student.

Different to previous reports, the numbers released this year are actual spending rates instead of averages.

The data for Frederick County Public Schools does not show any significant trends, however many schools that reported high expenditures were also running specialized programs.

County Superintendent Terry Alban said the new reporting requirement will allow the school system to view funding and allocation of resources through a greater “equity lens.”

“FCPS is committed to providing equitable distribution of all resources based on the varied needs of students and schools and to promoting clear communication and transparency in allocation of resources," Alban said in a statement.

Spending rates are determined by dividing a school’s costs by the number of enrolled students. Therefore, schools with lower enrollment will typically report higher per-pupil spending.

Numbers can also vary based on factors unique to each school such as maintenance and operation costs and the staff's education and tenure, which determine salaries.

In 2017, a change in the federal legislation of the Every Student Succeeds Act (ESSA) required every state to report the annual per-pupil spending by individual school, beginning in the 2018-2019 school year, instead of district-wide averages.

Both high schools also ran the Learning for Life program during the 2018-2019 school year, which provides support to students with a variety of developmental and cognitive disabilities.

At the middle school level, Gov. Thomas Johnson Middle School reported the highest expenditures in the county at $16,321 per student for the 2018-2019 school year, with an enrollment of 509. The middle school ran the Challenges Program, which serves students with autism and/or severe communication disorders.

Urbana Middle School reported the lowest rate at $9,746 per student, with an enrollment of 1,003. The school did not run any specialized programs during the 2018-2019 school year.

For elementary schools, Lewistown Elementary School was the highest in the county, with a spending rate of $22,902 per student. Lewistown enrollment for the 2018-2019 school year was 184 students. The school also ran the Pyramid Program, which is a special education program that serves children who have significant social and emotional difficulties.

New Market Elementary School had the lowest per-pupil spending rate of $10,666 per student, with an enrollment of 693. It did not run any specialized programs.

The data was presented to the Board of Education on Wednesday. Board member Liz Barrett asked why the spending rates for FCPS middle schools seemed to be much lower than elementary and high schools.

FCPS Chief Financial Officer Leslie Pellegrino said it's due to different aspects of elementary and high school education that are not present in middle schools.

Data for the 2019-2020 school year is expected to be released by the end of the year, according to Pellegrino.

Data for the 2018-2019 school year can be found at reportcard.msde.maryland.gov. It includes each school’s enrollment. The comments section indicates whether the school offered a specialized program.

So by this measure, spending more money per student has a negative outcome on all levels. Great News. Spend more, get less results. Must be the new math they have been talking about.

I must need some coffee. What does 3 out of 5 mean in this context?

3-star schools are poorer performing schools compared to 4 or 5 star schools based on the star rating system used by Maryland in which every school is rated. See: https://reportcard.msde.maryland.gov/ . Some of their factors in their star rating system seem to have the wrong focus, but that's another discussion. What the data shows is that despite more money going to poorer performing schools (on a per student basis), they are not turning into high performing schools. Could it be that money won't solve the problem as much as getting the parents more involved in their own children's education?

MD1756....parent involvement is crucial, but too many parents don't appreciate the value of a free public education because it is free and therefore they place little value on it. It's a question of perceived value. [ninja]

And just goes to show how much each student here illegally costs the FredCo taxpayers. Think about that the next time your property tax bill is due. [scared][ninja]

There is a cost, but it is not shown. If it was shown most would be in Frederick City schools.

Uneducated children grow up, same as educated ones do, except the educated ones are more likely to contribute to society. So we invest.

The question is where to place limited resources (since parents are given income tax breaks for their children, money available for education is less than what it could be). They need to do a better job of figuring out what problems are within the government/school systems' control and what problems are outside their control. In other words, identify all the known and suspected issues, then do a pareto analysis on those problems and act accordingly (including identifying whose responsibility it is address each problem (government responsibility, parents' responsibility, a combination of responsibilities, etc). Only then can the existing pot of money be spent more wisely. In the mean time, the politicians should pass legislation (at least at the state level and push the federal politicians to pass at the federal level) to eliminate the inequitable income tax deductions/credits people get for having children and use the revenue raised by eliminating the inequitable give away to parents to provide more funding for education (including capital improvements). Finally consider instead of more money to schools at the poorer performing schools with higher per student funding, maybe divert more money into parenting courses and also consider raising the requirement for parental participation with their children's education.

Just goes to show, there’s no direct relationship between spending per student and student outcomes.

Now, if Alban will tell us how many school kids are "undocumented" we'll start to get an idea how much illegal aliens are costing Frederick County taxpayers.

Disagree dabittle. While there may be no positive correlation between increased student spending and an improved outcome, there is a negative correlation in this data showing the more spent, the lower the outcome. Correlation is not causation, but it is an interesting finding.

Perhaps I should have spelled out what I thought was understood, that is, where there is increased spending per student positive outcomes are not to be presumed, as the data clearly shows.