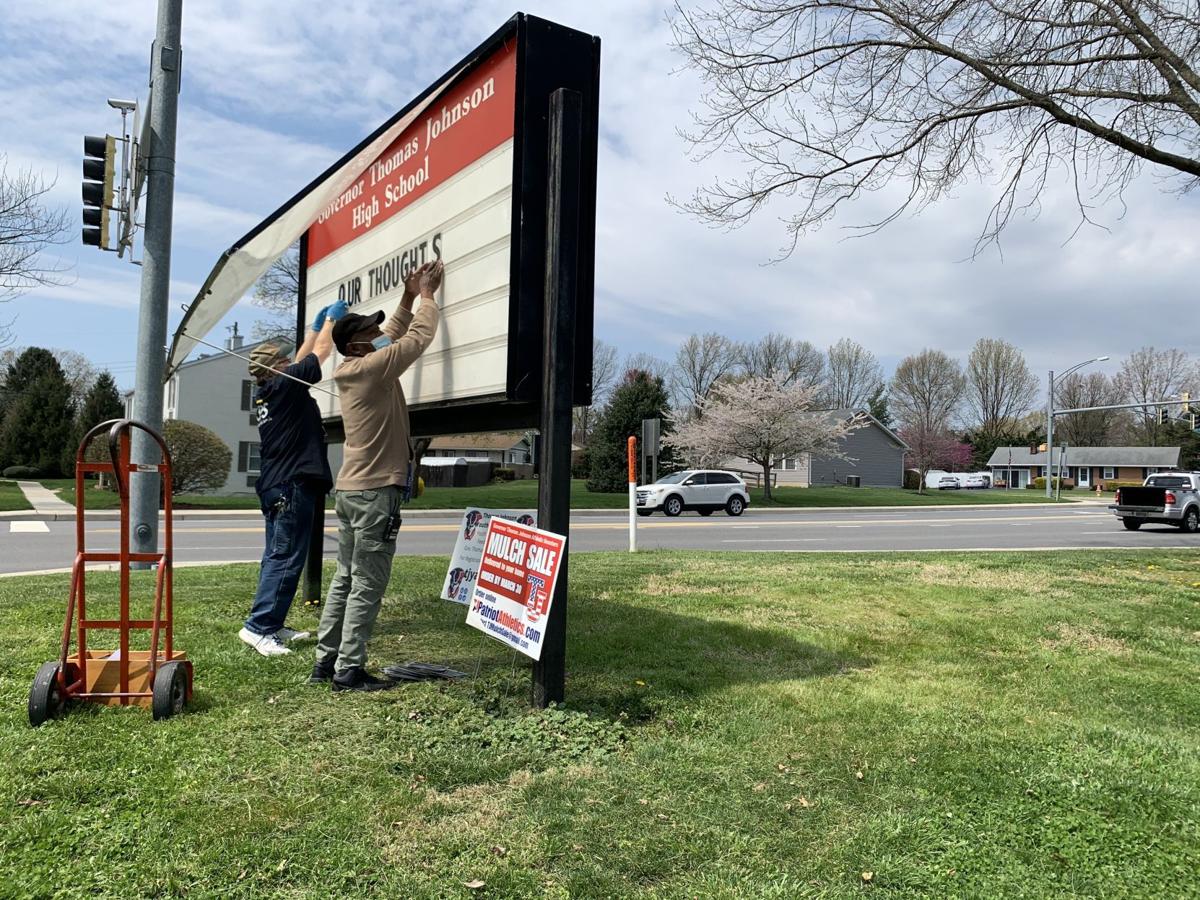 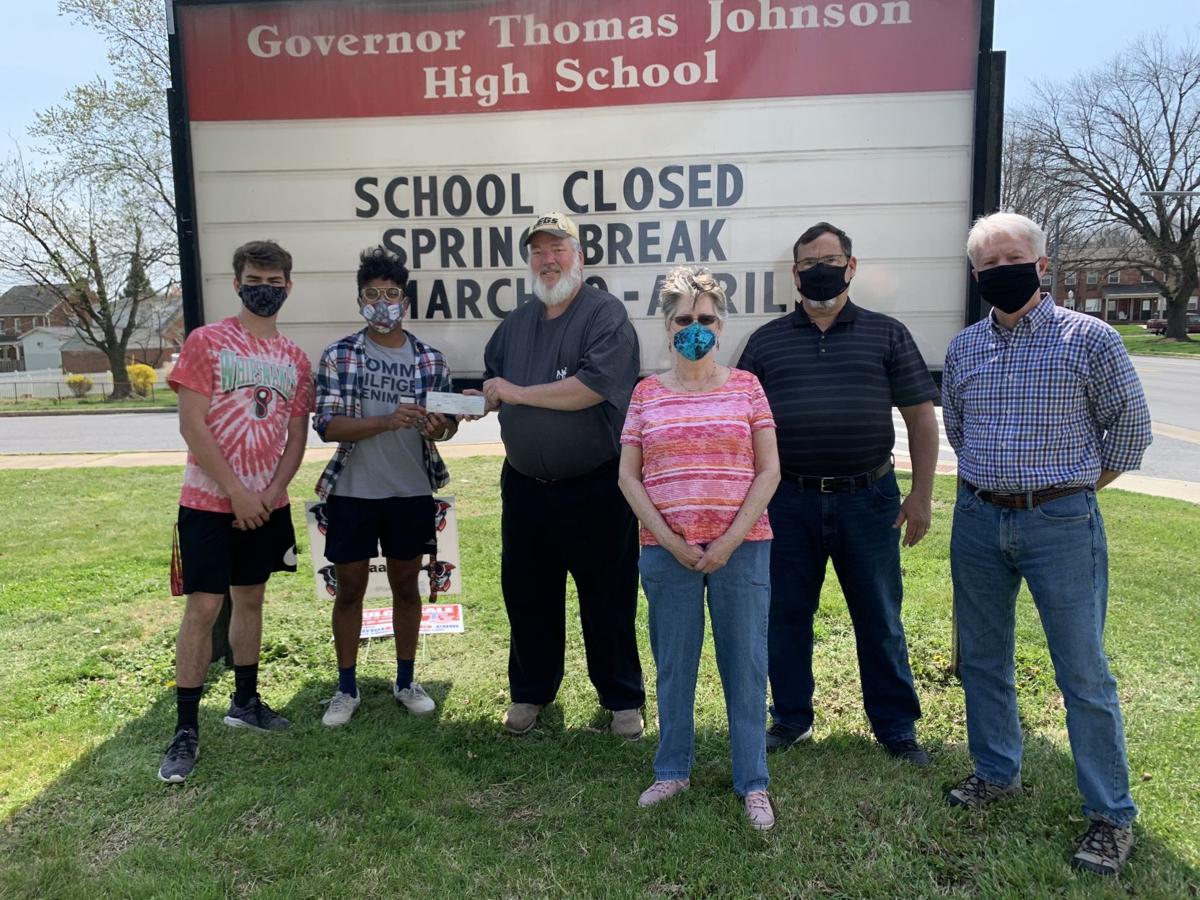 David Rumpf and other members of the Gov. Thomas Johnson High School class of 1970 present a check to seniors Samyak Jain and Cooper Gurrie to help cover the cost of a new LED sign for the school.

David Rumpf and other members of the Gov. Thomas Johnson High School class of 1970 present a check to seniors Samyak Jain and Cooper Gurrie to help cover the cost of a new LED sign for the school.

Members of the Gov. Thomas Johnson High School senior class of 1970 are still helping out their school more than 50 years later.

Four members of the class’ reunion committee met current senior students on campus Tuesday afternoon and presented a check to help cover the cost of a new school sign at the Motter Avenue entrance.

The current letterboard sign has been in place for years, with messages being changed by hand, letter by letter. The class of 2021, members of which are raising funds for a new sign, is hoping to have a new LED electronic sign installed before the end of the summer.

Seniors Cooper Gurrie and Samyak Jain have been leading the fundraising effort and originally came up with the idea for the project. They are both members of TJ High’s Future Business Leaders of America club and said they wanted to commemorate their senior year with a project that would help the school.

“This [sign] has information that displays to the community, so we wanted to get it updated, because as people drive past, they want to be able to see multiple things,” Jain said, “and a lot of clubs here and other programs told us that an LED sign will be very beneficial to them.”

Jain and Gurrie have not received any official price quotes yet for how much the sign will cost, but they are expecting it will be approximately $30,000.

Virtual fundraisers have been held this school year, and with the class of 1970’s donation, they are one step closer to their goal.

Gurrie said a color run fundraiser is planned for May. They hope to raise the remaining $9,000 through that event.

Ted Lewis, a member of the class of 1970 reunion committee, said they decided to donate to the project after hearing about it in the News-Post.

“It was nice to see [the students] take the bull by the horns. They came up with the idea. We all pass by here, I’ve seen the sign and maybe subconsciously said, ‘Man, we need to replace that, but they did it,’” Lewis said.

Staying involved with the community and making sure the school doesn’t get run-down is important to Lewis and other members of the committee.

“It’s important to help this generation as people helped us,” said David Rumpf, another member of the reunion committee.

Both Gurrie and Jain were appreciative of the class of 1970’s $200 donation and the hundreds of others who have donated to the cause through the year.

“I think it’s really cool that the class of 1970 donated, that just shows that the TJ community is still involved ... it really goes to show that the school community is really tight knit,” Jain said.