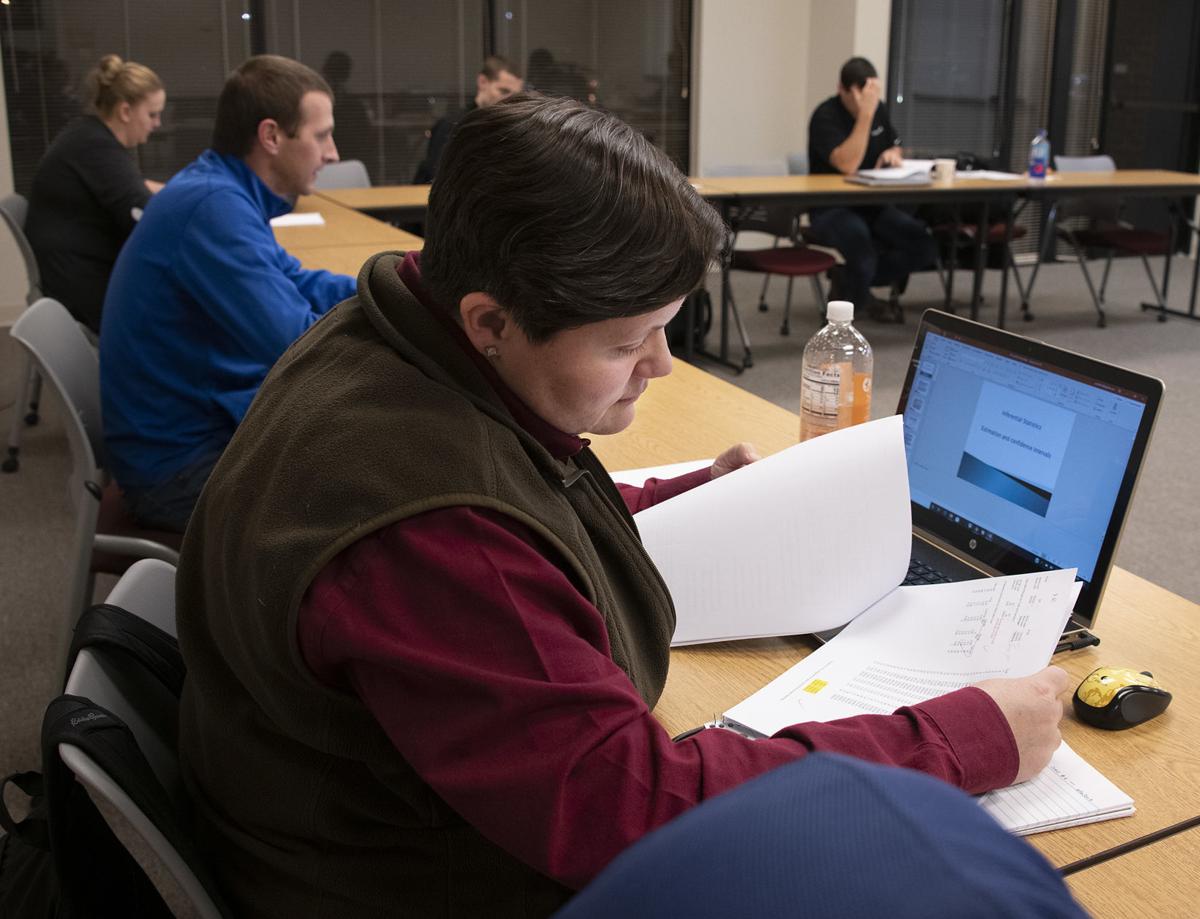 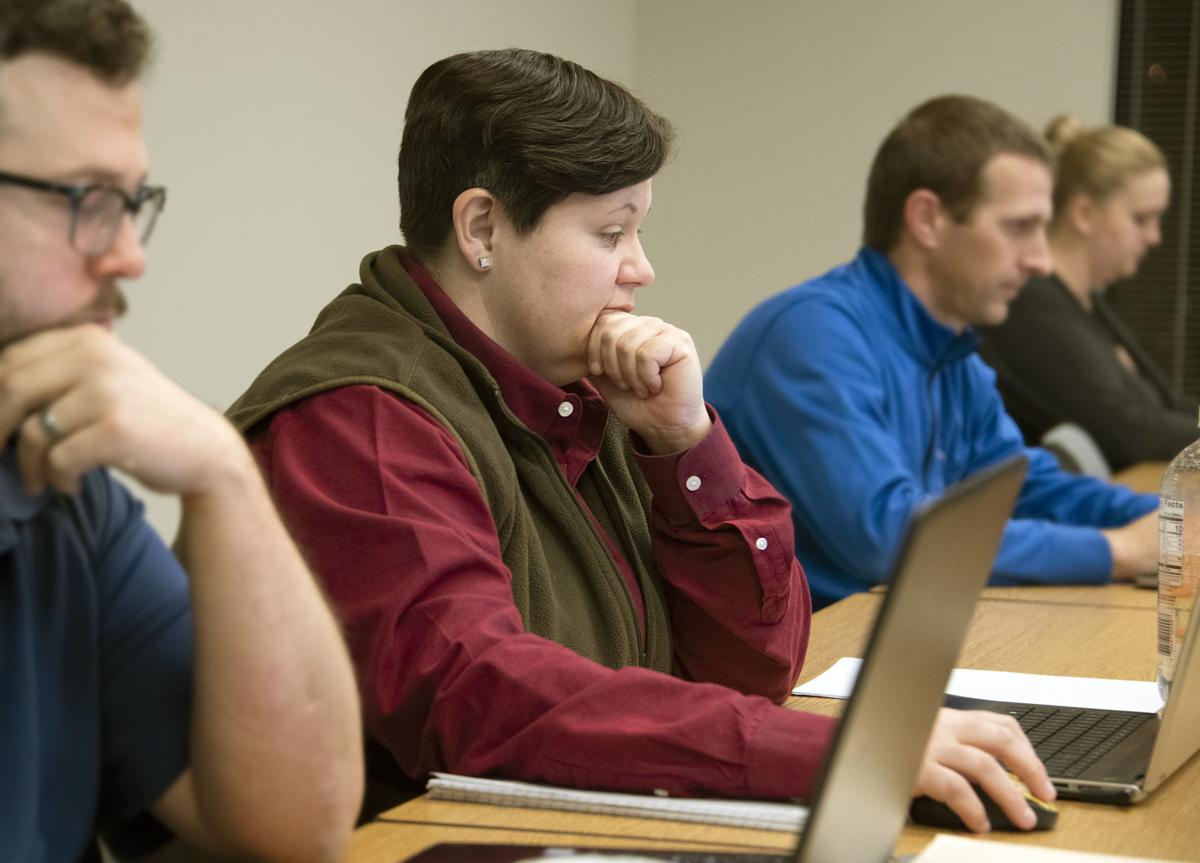 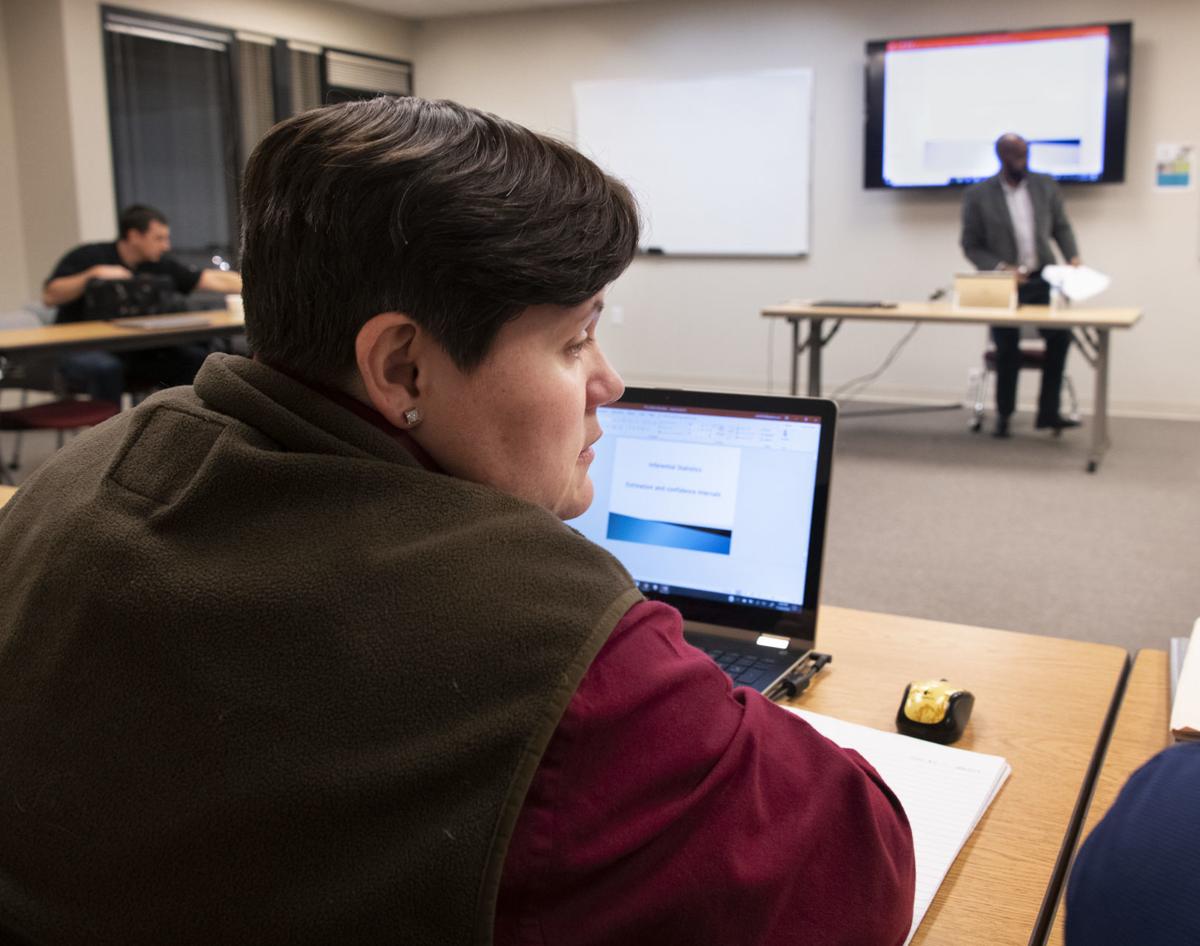 Off a small road behind Francis Scott Key Mall is a building that Jennifer Staiger considers to be “the best-kept secret in Frederick.”

What Staiger is referring to is the Mount St. Mary’s University Frederick campus, where about 800 students attend and where Staiger serves as the Associate Provost.

The campus, which is celebrating two decades of operation this year, primarily serves the adult learner.

“That could mean a student coming out of community college looking to continue into a four-year degree ... to an older career changer looking to transition,” Staiger said.

The campus offers various certificate programs as well as masters programs in business, education and science. All programs are accelerated with upfront prices.

Many students are either career changers or career advancers who are looking to pursue their studies while also handling a full load of other responsibilities.

Such was the case for Stacey Miller, who came to the Frederick campus as a career changer.

“You hit a point where you kind of need something different and you need a change in your life and I kind of think that I had hit that point,” Miller said.

The former veterinary technician, who works in Frederick, began looking for options a little over two years ago. She did not know about the Mount’s Frederick campus until a friend who had completed one of the certificate programs tipped her off.

According to Staiger, this kind of word-of-mouth recommendation by current or former students is how many people end up in their classrooms. She said she hopes that will soon change, and the Mount in Frederick will become a household name.

“This has been sort of my biggest torch ... to try and get the name recognition out there,” Staiger said.

For Miller, once she did learn about the Mount though, she knew it was a good fit.

“[The Mount] just started checking off a lot of boxes for me,” she said. “I wanted something that was convenient for me working in the Frederick area and also [had] the programs that I wanted...[and] I needed something that worked for my schedule.”

Miller began a certificate program focused on program management but then soon found herself on track to completing an MBA — Masters in Business Administration — so she decided to stick with it.

The current government contractor is expecting to graduate in next summer.

The road to graduation didn’t come without challenge though. Miller said the biggest difficulty with returning to school was learning how to time manage and juggle between a full-time job and class.

“Everyone has their own work schedules and routines at home and obligations outside of work, so you really need to find that balance...it’s definitely been difficult at times,” Miller said.

Reggie Turner, who graduated from the Frederick campus with a bachelor’s degree in business administration in June, agreed but said the juggle also proved to be a great source of motivation.

“It’s an environment where pretty much everyone that you’re in class with has a lot of similar life circumstances ... so you’re not the only one,” Turner said. “It’s kind of tough when you’re sitting amongst your peers whose schedules are just as busy to make excuses.”

Staiger said for the adult learner there are always excuses, but the campus strives to make sure students are given support when needed and are aware it’s not a race to finish. Staff is aware that life happens, and sometimes a break is needed, as was the case with Turner, who started his degree back in 2007 but had to stop multiple times due to personal circumstances and life events.

Miller said programs for adult learners such as the one at the Mount are important because otherwise, those over the age of 22 would be stuck.

“I think there’s a lot of people like myself who maybe need to do something different or decide they need a change...and the traditional learning system doesn’t work for them,” Miller said.

Staiger agreed and said she sees and hears the importance of what the Frederick campus offers when students graduate.

“A 22-year-old kid...they are very happy to graduate, their parents are very happy for them to graduate,” Staiger said. “The difference here is there is a lot of, ‘If Mount St. Mary’s wasn’t here, I could never have done this. I couldn’t have made it through.”

With more programs coming down the pipeline, such as a fully-online MBA program expected to launch in March, Staiger said she hopes that over the next 20 years the campus will expand and provide more opportunities for those who want to continue their education.

“I always think about education as a lifelong endeavor,” Staiger said. “And I’d like this place to be the resource for the adult learner.”