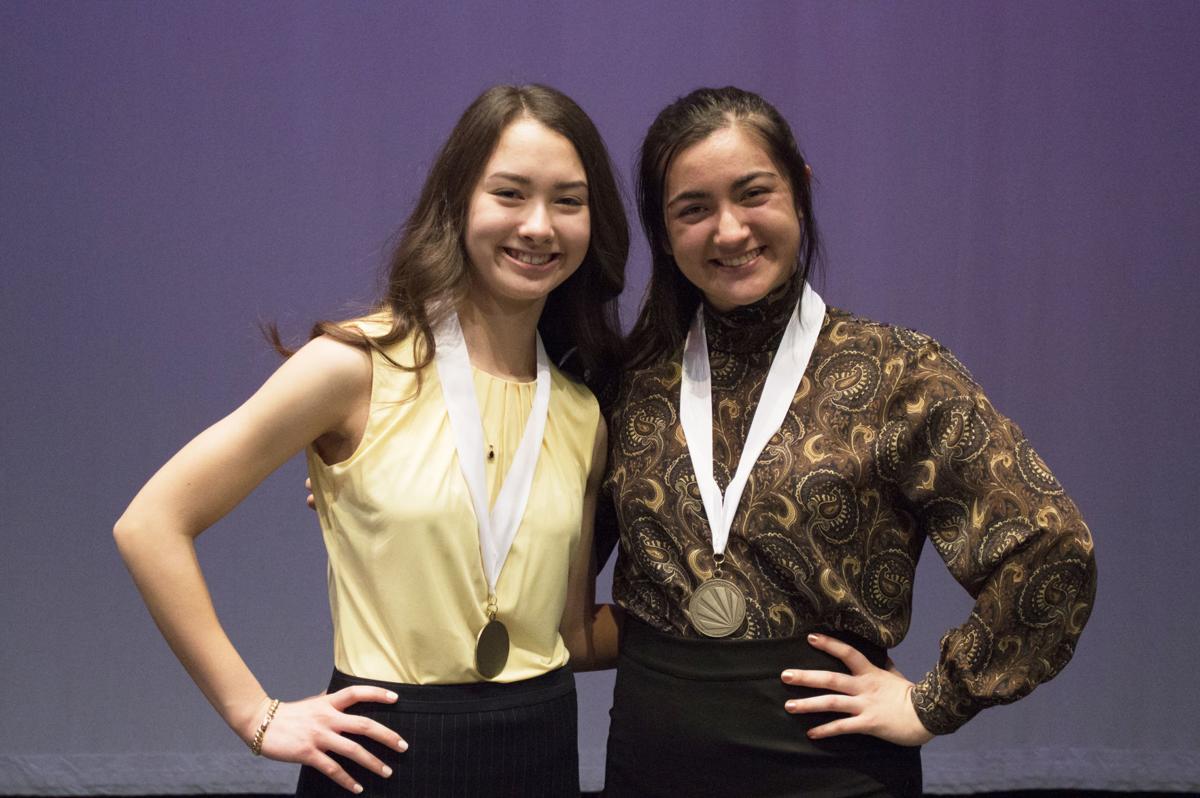 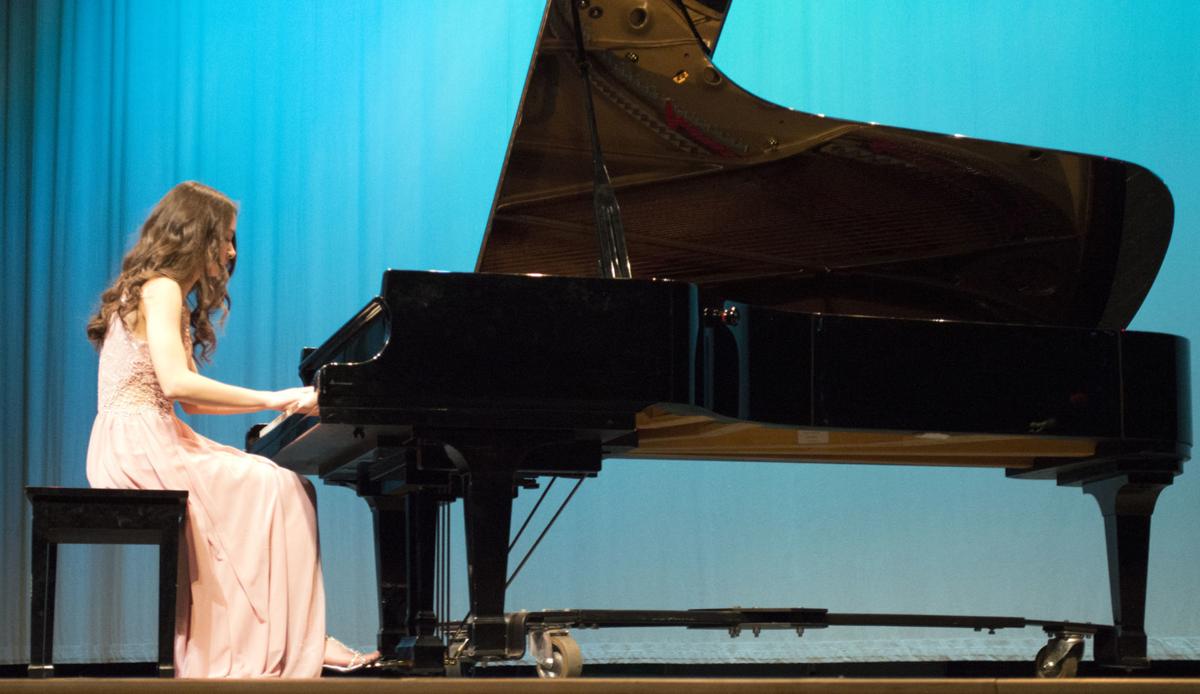 Megan Chang, of Oakdale High School, plays the piano on Saturday during the talent portion of the Distinguished Young Women of Frederick County scholarship program. 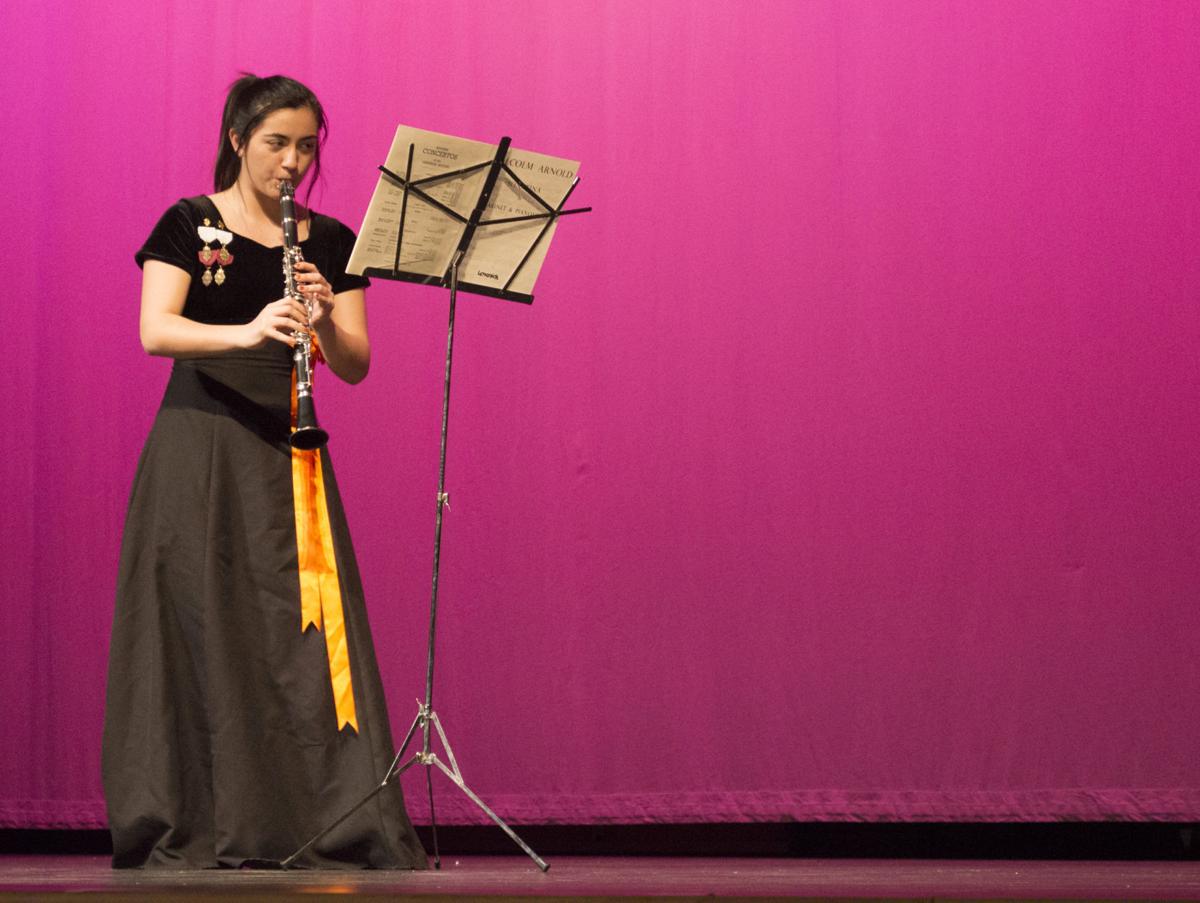 Megan Gilbart, of Middletown High School, plays the clarinet on Saturday during the talent portion of the Distinguished Young Women of Frederick County scholarship program. 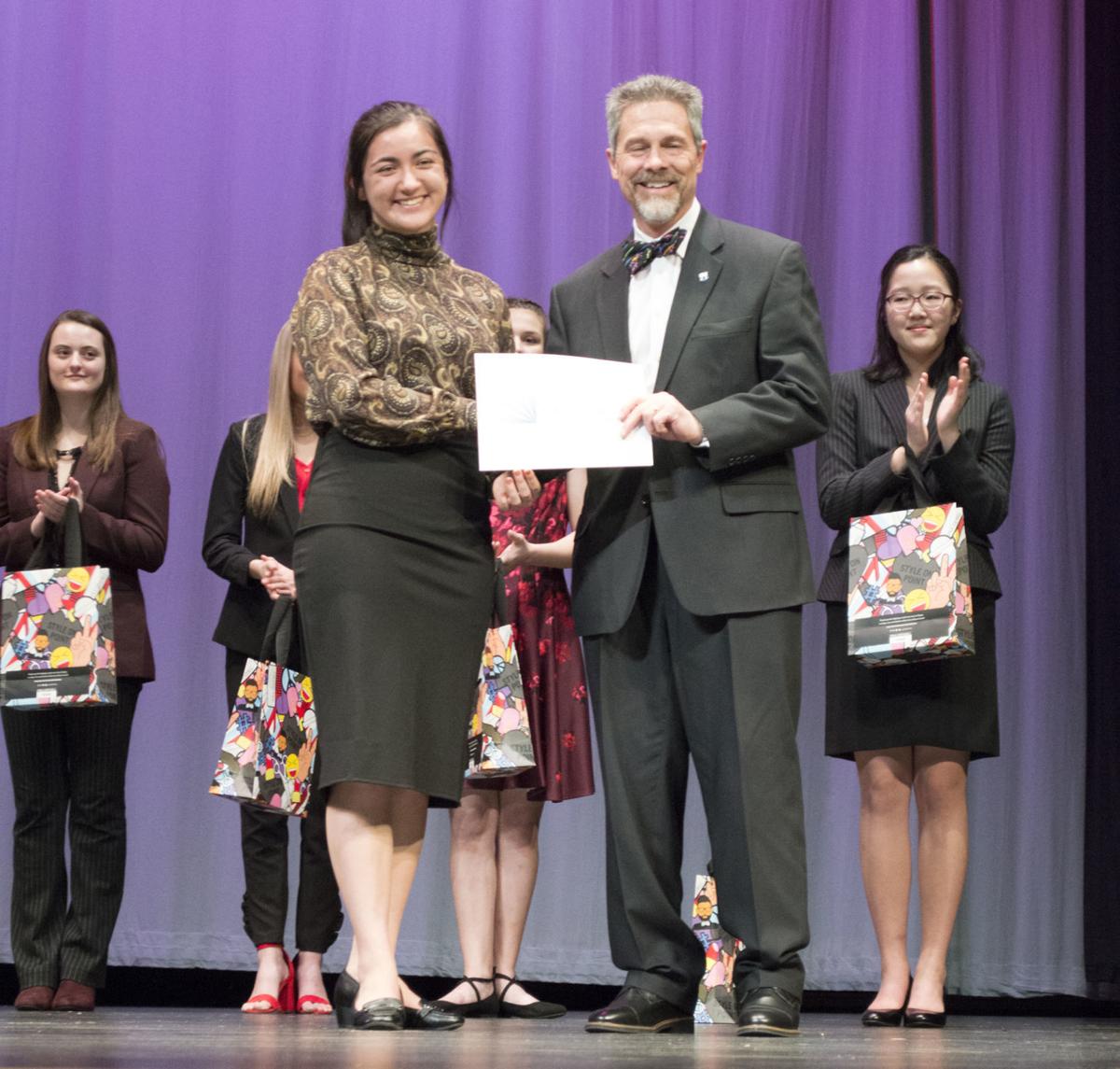 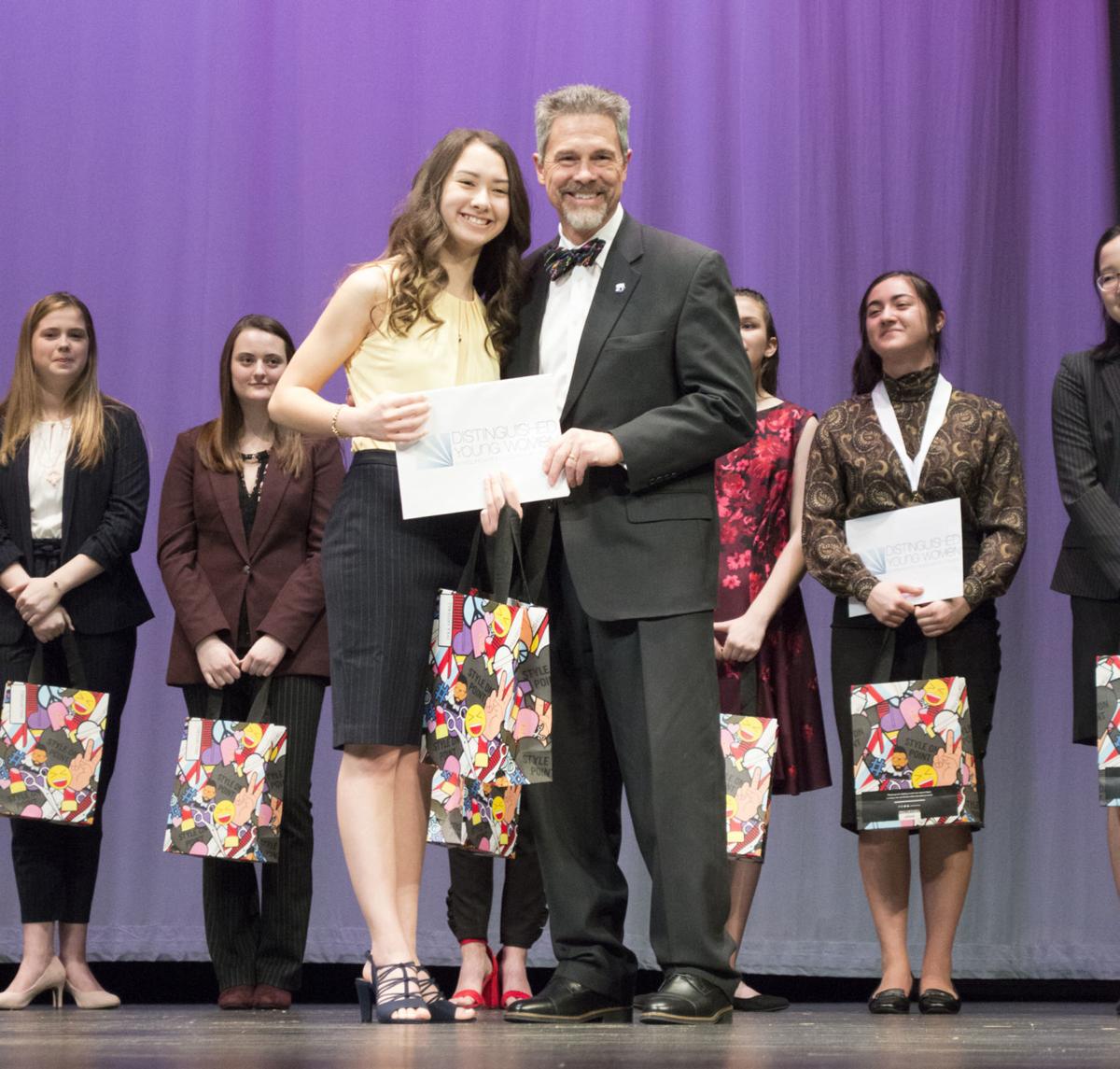 Bill Brown, the vice president for enrollment at Hood College, congratulates Megan Chang on Saturday after she was named 2020 Distinguished Young Woman of Southern Frederick County.

Megan Chang, of Oakdale High School, plays the piano on Saturday during the talent portion of the Distinguished Young Women of Frederick County scholarship program.

Megan Gilbart, of Middletown High School, plays the clarinet on Saturday during the talent portion of the Distinguished Young Women of Frederick County scholarship program.

Bill Brown, the vice president for enrollment at Hood College, congratulates Megan Chang on Saturday after she was named 2020 Distinguished Young Woman of Southern Frederick County.

Both girls received a $5,000 scholarship.

“I’m so excited,” Chang said. “I wanted to compete in this program because I thought it would be a great opportunity for me to showcase my skills as well as the other girls who were like me. I’ve met so many close friends, and I definitely stepped outside my comfort zone, and I learned a lot.”

Chang played the piano during the talent competition. Gilbart played the clarinet.

Chang signed up for the program after she heard about it through her counselors. She then “chickened out” but was encouraged by her parents to go through with the competition.

She’s most looking forward to the state program as well as meeting new people.

“I think there’s so much to learn about this program,” Chang said. “I’m so excited.”

The Distinguished Young Women program is a 62-year-old national non-profit program for high school juniors with a 3.0 GPA or higher, according to a news release. Twenty-two girls from six high schools in the county competed in the program for more than $15,000 in scholarships. Phases of competition included scholastics, interview, talent, fitness and self expression. Winners of each phase of competition received $500.

Throughout the year, the girls will participate in community service activities and act as mentors to middle school-aged kids, said Nicole Orr, director of both the county and state DYW programs.

“They are required to go to different middle schools and speak about life beyond middle school, what to expect in high school, what a transcript looks like and, if they plan to go to college, what they have to do to get ready,” she said. “They’re giving them a snapshot of what they’re going to have to do in order to achieve their goals.”

Through the program, Orr wanted the girls to know that they can do anything that’s outside of their comfort zone. Leading up to the program, the girls got the chance to learn interview skills, how to give a proper handshake, how to write a thank you note and other aspects that make them a distinguished young woman.

“They’ve also learned from the others,” she said. “If the others had strengths, they’ve pulled from that and have learned to encourage other girls.”

Sonia Bowie, life skills coordinator and co-chair of the DYW of Frederick County, said the two winners will also learn life lessons such as how to speak before a group, how to budget and take care of expenses.

“We hope that they will gain self confidence, the ability to prepare for college scholarship interviews, for job interviews and having that self awareness that their voice matters,” Bowie said. “They are making a difference and that’s so important to give back to the community.”

Instead of a crown and sash, the winners received medallions.

Orr said because of the abundance of scholarship money available, she doesn’t want any girl in the county to miss out on this opportunity.