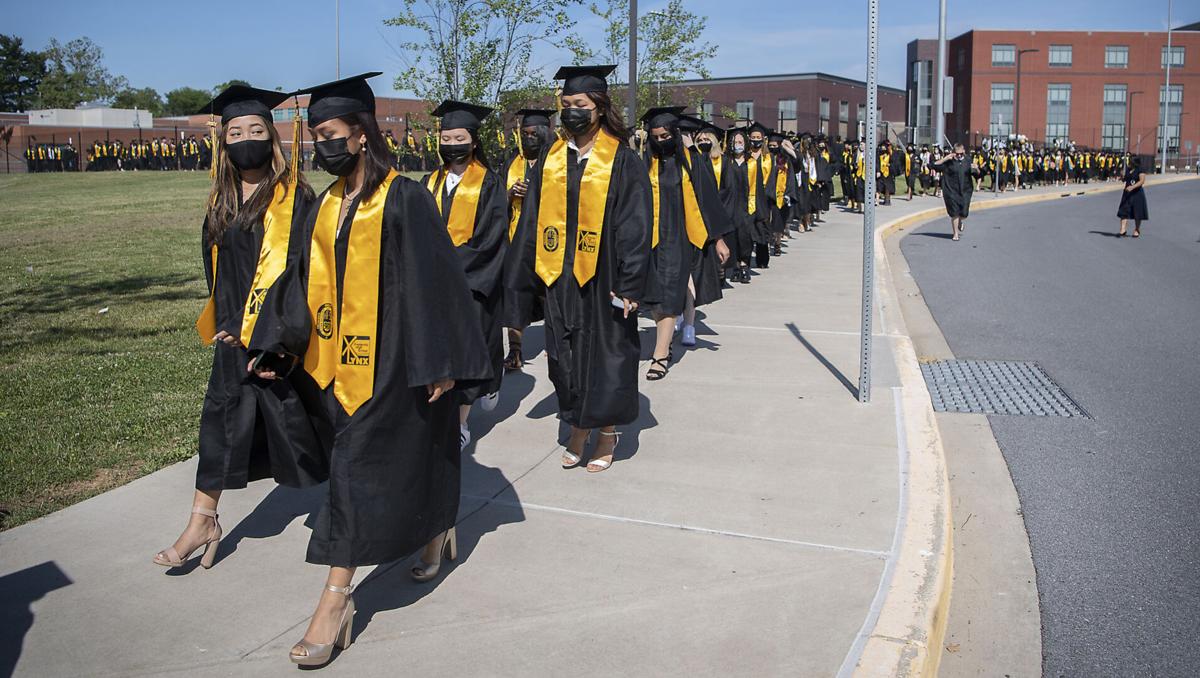 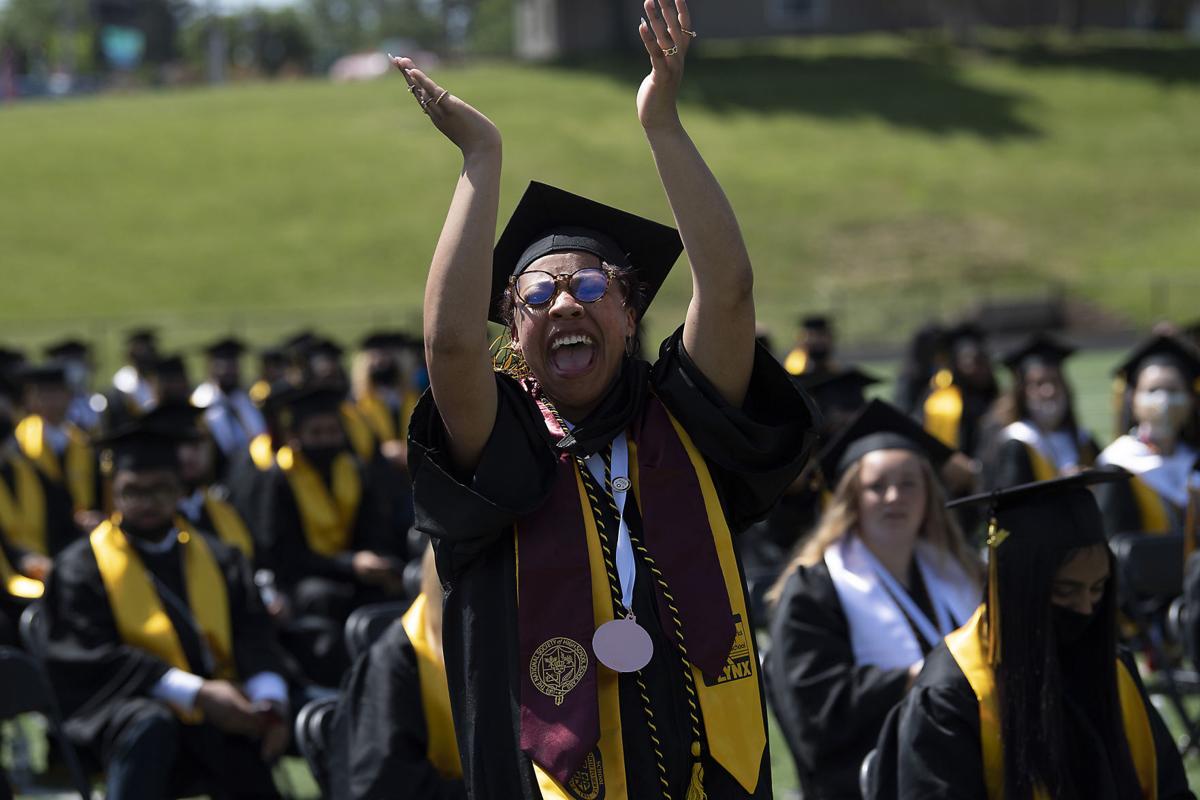 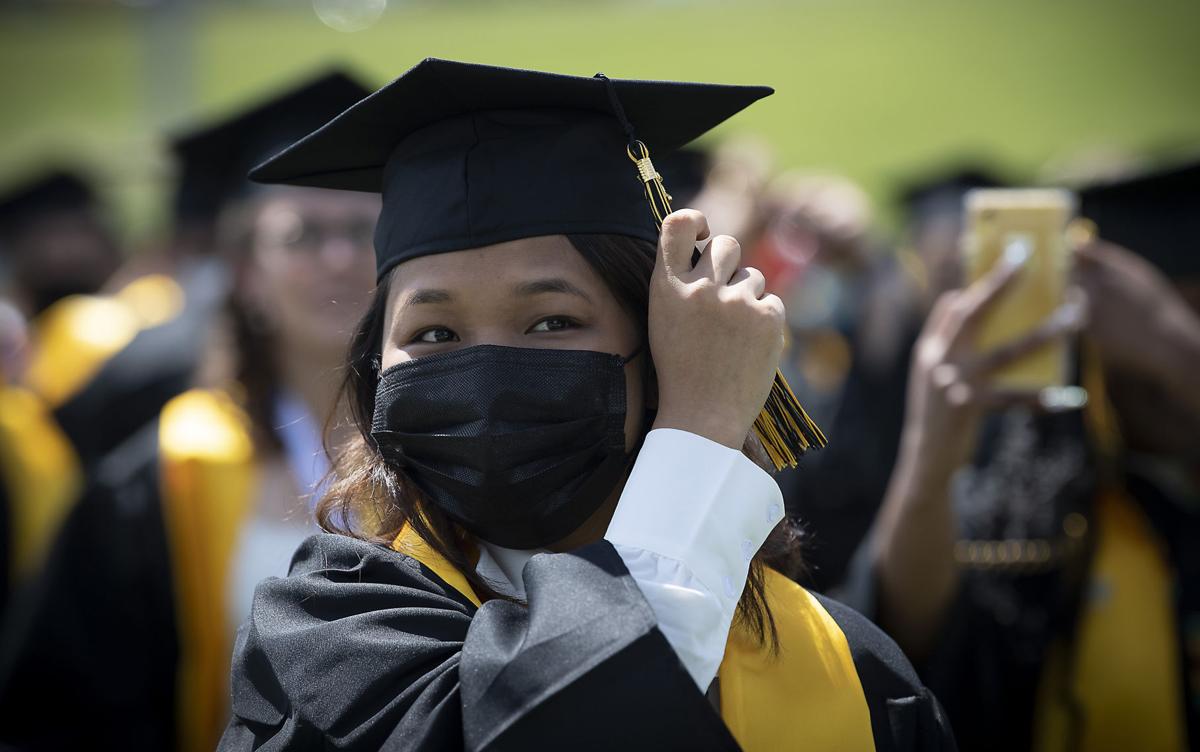 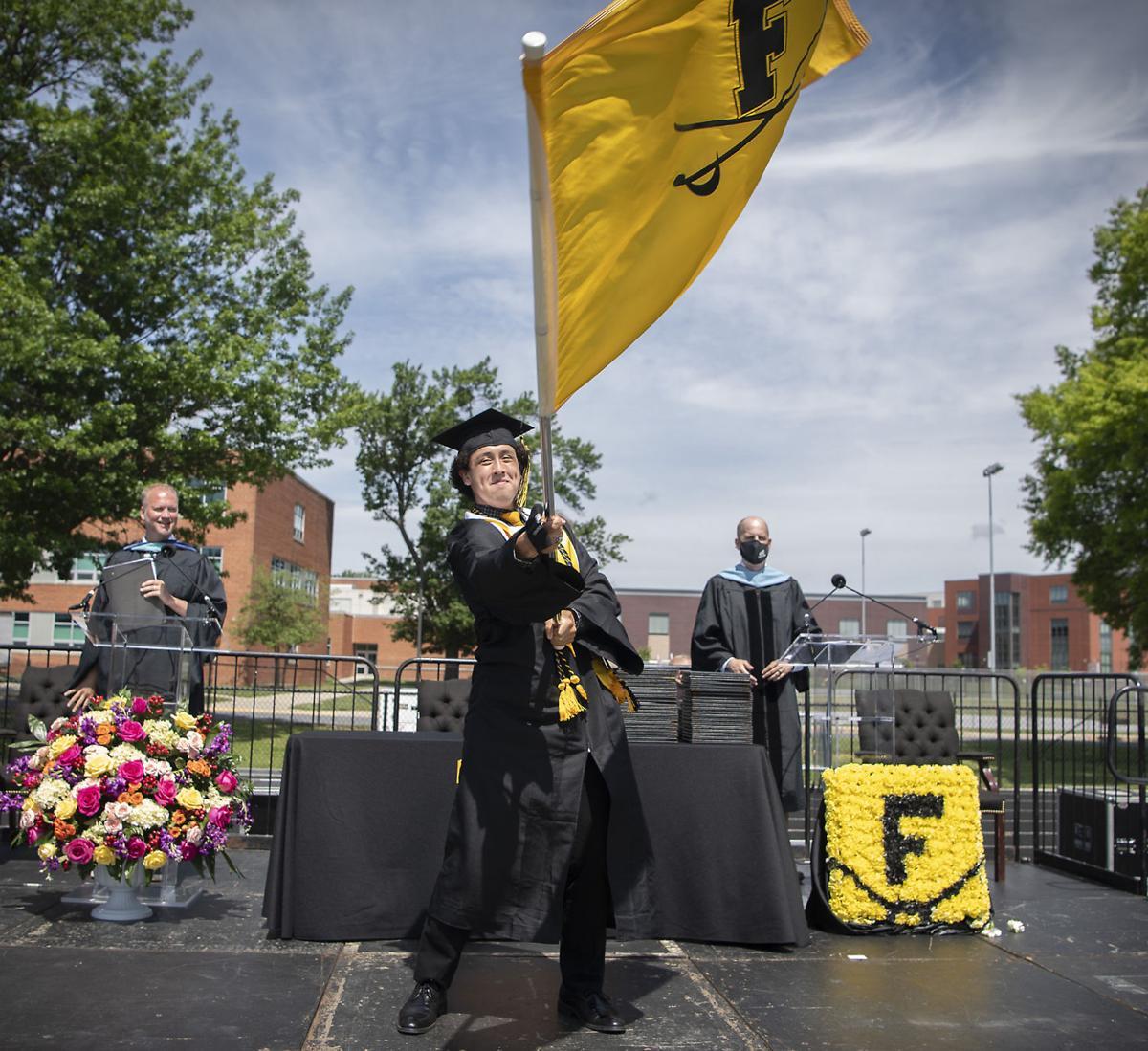 Frederick High School Class of 2021 President Christopher Joshua Celarie waves the school’s Cadet flag from the stage, marking the end of the graduation exercise Tuesday morning in the school stadium.

Frederick High School Class of 2021 President Christopher Joshua Celarie waves the school’s Cadet flag from the stage, marking the end of the graduation exercise Tuesday morning in the school stadium.

Under blue skies and bright sunshine Tuesday morning, students, parents, teachers and friends of Frederick High School gathered to celebrate the Class of 2021 and graduate the first cohort of LYNX students.

LYNX, which stands for Linking Youth to New Experiences, launched at the high school four years ago. In a typical school year, the LYNX learning model focuses on taking students off campus to learn about career pathways and industries.

The program is rooted in the academic curriculum and culture of Frederick High, making every student a LYNX student.

As the graduating seniors lined up on the school's practice field before the ceremony, glimpses of gold LYNX sashes could be seen draped across most shoulders.

There was an air of excitement and nervousness as students waited in anticipation to cross the stage and be done with their high school careers. Frederick High was one of two high schools that kicked off graduation week on Tuesday for Frederick County Public Schools.

For many seniors, it was one of the rare times back on campus after a year and a half of virtual learning.

“I had trouble attending classes because you don’t really have much motivation when you wake up and you’re just in your room and you stay there all day," she said. "I feel like it was hard to get information sometimes, because usually when you’re in school teachers will tell you everything but since you’re online it’s harder to know everything.”

Alanis Gonzalez Quiles agreed, saying she is grateful to have graduation in-person, allowing her to be amongst classmates.

“I feel weird, but I feel like I am going to miss it. I want to go inside the school and see how it looks for one last time," she said.

Both women plan to study nursing at local colleges—Chan at Frederick Community College and Quiles at Hood College.

Speeches at the graduation ceremony were marked by references to COVID-19 and the numerous challenges the Class of 2021 has endured.

"There is no doubt that your class will be remembered in history, but I believe you’ll be remembered not because you graduated during a pandemic, but because of how you rose to the challenge to be incredible leaders and thinkers," said FCPS Superintendent Terry Alban.

As the last Frederick High students received their diplomas and walked down from the stage, the students turned their tassels and threw their graduation caps. Some started dancing in the aisles as senior class president, Christopher Celarie, waved a large Frederick High flag on stage, marking their last moments as Frederick High Cadets.

In photos: Frederick High School celebrates the Class of 2021