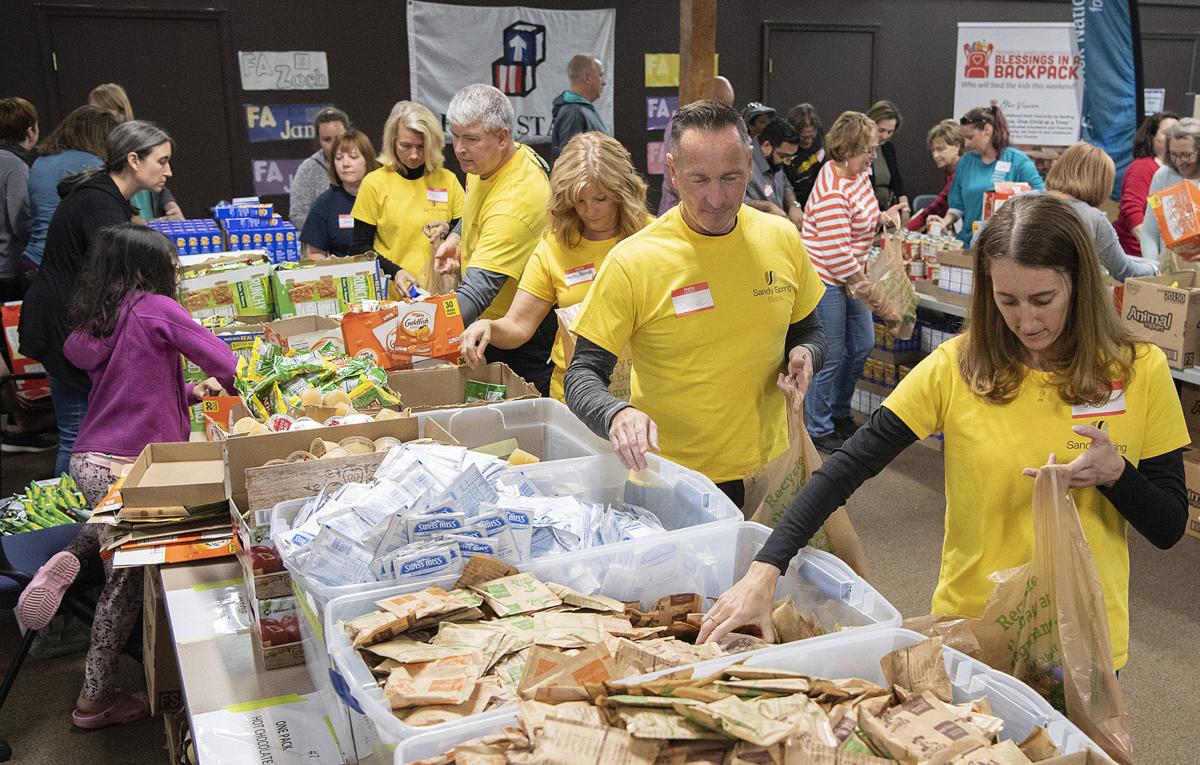 Volunteers at Blessings in a Backpack’s annual Blizzard Bag packing helped assemble 2,832 bags of food for students in 19 area schools to be given out in advance of snow. 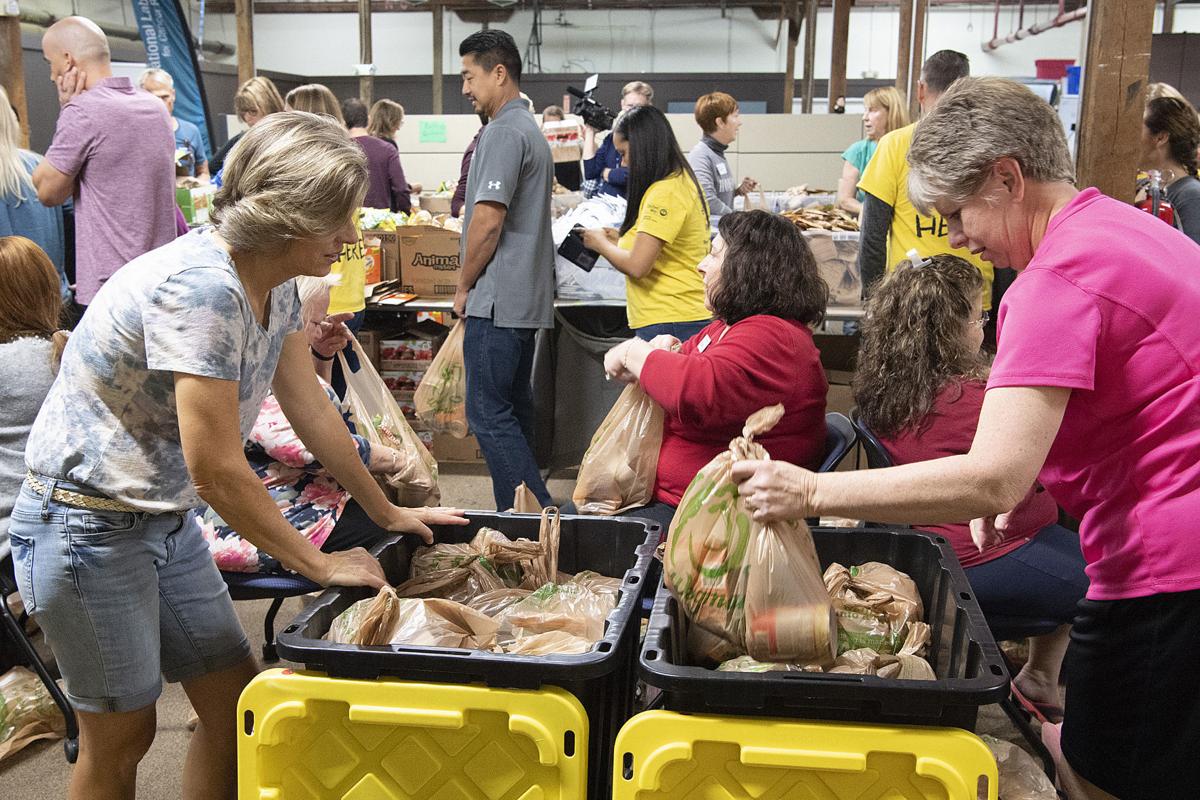 Volunteers at Blessings in a Backpack’s annual Blizzard Bag packing helped assemble 2,832 bags of food for students in 19 area schools to be given out in advance of snow. A total of 28,000 items were packed by about 110 volunteers.

Volunteers at Blessings in a Backpack’s annual Blizzard Bag packing helped assemble 2,832 bags of food for students in 19 area schools to be given out in advance of snow.

Volunteers at Blessings in a Backpack’s annual Blizzard Bag packing helped assemble 2,832 bags of food for students in 19 area schools to be given out in advance of snow. A total of 28,000 items were packed by about 110 volunteers.

At the YMCA Head Start on North East Street, there was an assembly line.

“It was really extraordinary,” Bernstein said.

Blessings in a Backpack is a nonprofit dedicated to feeding the county’s children. They are in 17 elementary schools, one middle school and the Frederick County Public Schools Success Program, Bernstein said.

Typically, Blessings in a Backpack sends home a bag with breakfast, lunch, a healthful snack and dessert to feed the kids on Saturday and Sunday, as well as any other holidays or school off-days. Those bags are packed weekly.

Every year for the past four years, a large group of people help pack the blizzard bags for when school is closed for two days. Leidos, which runs the Frederick National Laboratory for Cancer Research, donated the money needed to buy the food and helped take it to and from the warehouse where it was stored.

They also sent volunteers such as Shanda Terry, a secretary at the laboratory. She was a volunteer with Blessings in a Backpack before getting her job. Her son attends Walkersville Elementary School, and he brought home a flyer from the nonprofit looking for volunteers.

She volunteered before the past three years, she said. When she started her job with Frederick National Laboratory, she told them she was a volunteer who packed lunches in the morning. The company let her flex her hours so she could finish volunteering through the end of the school year.

On Thursday, she was back to help pack the blizzard bags. She’ll help bring food back to Walkersville, she said.

It is an important nonprofit because it helps feed children whose families cannot afford to provide nutritious meals over the weekend.

“It’s very important to bridge that gap over the weekend and make sure they have food to eat,” she said.

Terry was joined by other volunteers from the laboratory, including secretary Jennifer Mendizabal and research associate Allison Champagne.

Both said it felt good to give back to the community.

“It’s just for good for my well-being and good for other people,” Mendizabal said. “I just love volunteering when I can.”

Not all of the volunteers came from Leidos. Some were from Blessings in a Backpack. Others from other groups around the county.

“I love the mission of Blessings in a Backpack,” Nusum-Smith said.

Childhood hunger is a “major crisis,” she said, and volunteering with the organization allows her to help touch the lives of so many kids.

She helped pack bags with oatmeal for breakfast and applesauce for a snack — “all kids love applesauce” — and ravioli, she said.

Because the kids would get blizzard bags for inclement weather days, which are often chilly, bags also included hot chocolate, Bernstein said.

To help Blessings in a Backpack

Blizzard bags are only one way that Blessings in a Backpack feeds children.

To volunteer to pack bags or donate money to the nonprofit, visit https://biabfrederickmd.org.

So parents in a upper end location (Middletown) can't afford to feed their kids on weekends and days off from school? I don't believe it. Where do these children actually live? There are already programs to feed children breakfast and lunch at specific schools. Hence, applicable parents are supposedly saving money by virtue of their children getting those meals. So, they should have the money for feeding them otherwise. Nothing would surprise me that the parents are continuing to have children that they can't afford. After all, there is some sort of program(s) that is going to rescue them. Very likely, there are no questions asked.

You should come and volunteer with us sometime and see what we do in 17 local schools. You just might learn something.

Awesome program! The Middletown Valley has a separate backpack program run by a coalition of churches that supports the entire Middletown HS feeder system and Valley Elementary in Jefferson. All these programs need our support until every school in the county is covered.