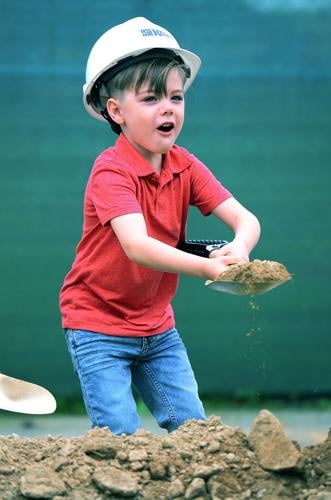 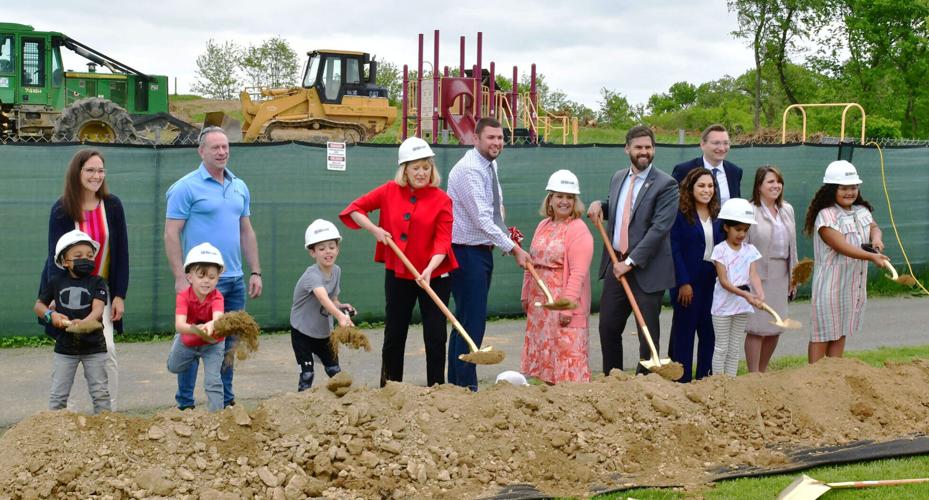 Local, county and state officials, and students participate in a groundbreaking ceremony on Thursday at the site of the new Brunswick Elementary School. 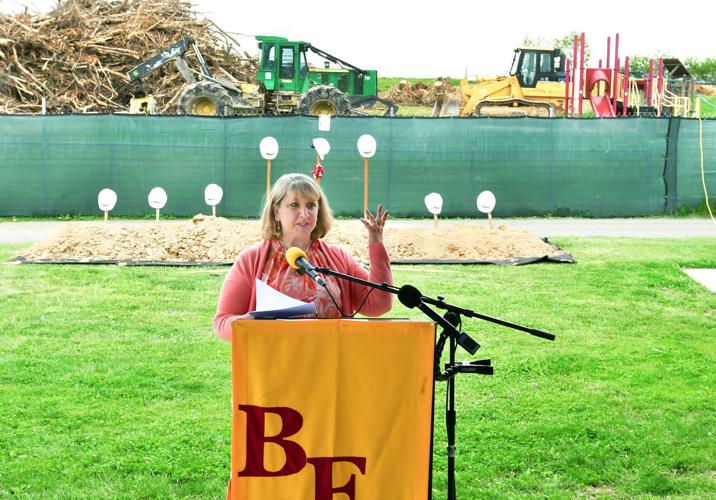 Local, county and state officials, and students participate in a groundbreaking ceremony on Thursday at the site of the new Brunswick Elementary School.

Construction vehicles groaned and beeped behind Kimberly Mazaleski as she stood at a lectern Thursday, looking out at a crowd of government and school district officials.

The audience had gathered to witness the official groundbreaking for the new Brunswick Elementary School, a $48 million project scheduled to finish in August 2023. But before the ceremonial shovels hit the dirt, Mazaleski, the school’s principal, called for some last-minute changes to the plans.

The school’s youngest students had submitted a list of simple requests for their new building, Mazaleski said. They wanted an aquarium — complete with sharks — and ziplines through the hallways. They’d like “an ant farm room, with lots of different ant farms,” a dinosaur observatory and a bench long enough for the entire kindergarten.

“While we may not be able to incorporate all their ideas,” Mazaleski said with a laugh, “it’s going to be incredible.”

The project’s official launch is a culmination of about three years of planning between the school system and the county, County Executive Jan Gardner said Thursday.

“In terms of school construction, that is fast,” Gardner said.

The current Brunswick Elementary was built in 1952 and “is in great need of modernization,” Gardner said. The district funded additions in 1959 and 1978, but the school hasn’t seen any major updates since a renovation in 1980.

Plus, residential growth in the area has made Brunswick one of the most overcrowded elementary schools in the county. It was operating at 140% capacity as of March.

The new school will be able to accommodate 725 students, compared to the current building’s capacity of 508. Brunswick Elementary will jump from about 60,000 square feet to more than 94,000.

But the school will likely still be slightly over capacity. The district’s 2021 Educational Facilities Master Plan predicted that Brunswick Elementary will have 750 students in 2023 and that its student body would continue to grow.

In her draft capital budget for the next fiscal year, Gardner moved to accelerate the timeline for a new Valley Elementary School by two years, aiming to finish that project by 2025. Valley Elementary — about 15 minutes from Brunswick — feeds into Brunswick middle and high schools.

More space at Valley Elementary could help alleviate some of the crowding at Brunswick, FCPS officials have said.

Regardless, the Brunswick community is excited about the new school building, Mazaleski said. It will have three playgrounds, each designed for different age groups, as well as a cafeteria with a stage that opens into the gymnasium and a “maker-space” for science and art projects.

The gym will include office, storage and activity space for the county Parks and Recreation Department, which will host community programming there, Gardner added — a first for the Brunswick area.

The kids have been entranced by the construction process since it started a few weeks ago, Mazaleski said. Many of them knew their school was being replaced before, but now, it’s starting to sink in.

“It didn’t seem real until the trees started falling down,” Mazaleski said. “At recess, they would just line up and watch.”

The new school is set to open in the fall of 2023. The site is projected to be finalized — with the current building demolished and all of the landscaping restored — in June 2024.

Is there a particular reason why they're building a school that they know will be over capacity as soon as the doors open? Wouldn't it make more sense to build larger, especially as they know the student population in Brunswick is growing?

Mayor Brown literally has zero to do with the construction of the new school. What a sad comment. More so a continued showing of the lack of ability from FCPS and the never ending woes that anything local government related is always far behind and growth and never planned with the future in mind.