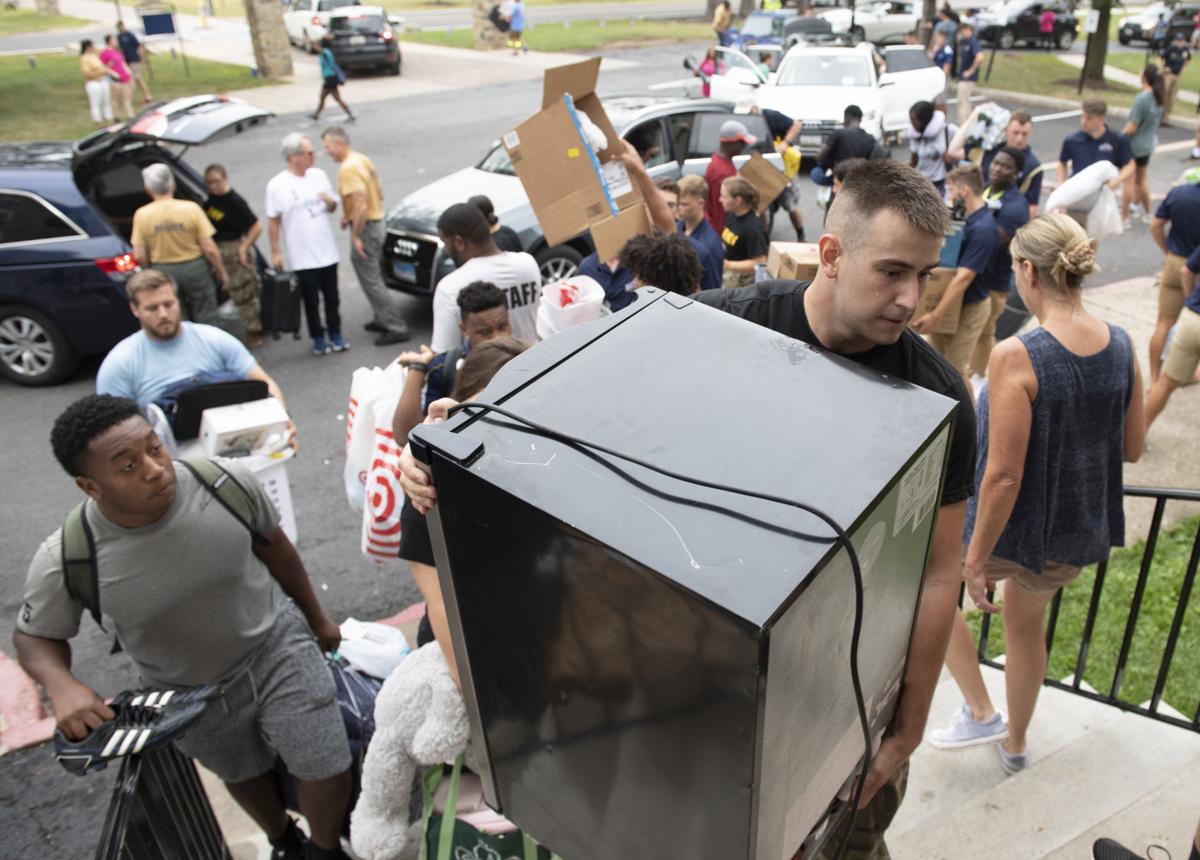 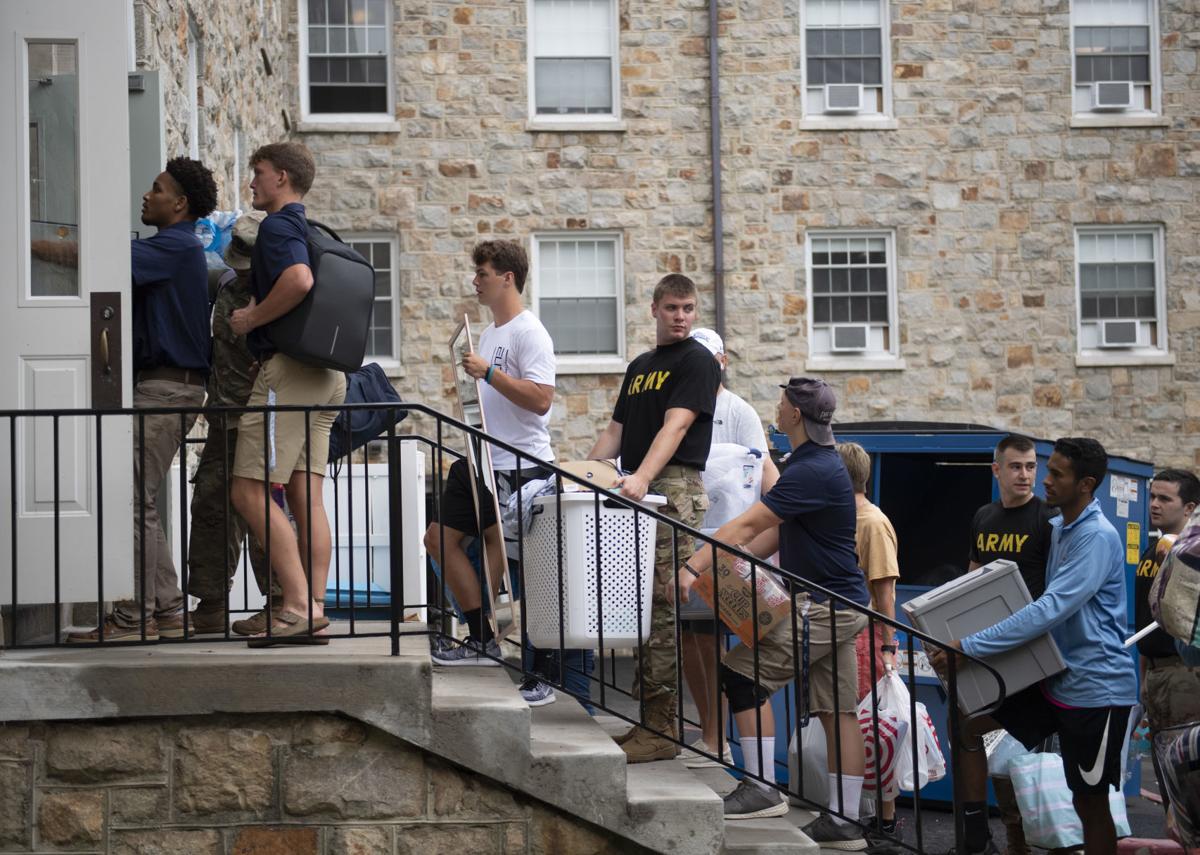 Mount St. Mary’s University students help carry the belongings of freshmen into a dorm Thursday morning during freshman move-in day at the school.

Mount St. Mary’s University students help carry the belongings of freshmen into a dorm Thursday morning during freshman move-in day at the school.

A gloomy sky hung over Mount St. Mary’s University on Thursday morning as carts full of pillows, clothes, desk items and stuffed animals rolled up the ramps toward the freshman residence halls on campus.

On one side of campus, a window AC unit fell out of the third story as quick hands caught it by the power cord just in time. Right underneath, a family walked by looking at maps in their hands.

“This must be where the student commons is,” one girl said as she pointed to a building.

The Catholic university in Emmitsburg welcomed the Class of 2023 on Thursday. It’s the third-largest freshman class the university has seen in its 211-year history, said Donna Klinger, director of public relations and communications.

The new class is made up of 533 first-year students and 47 transfer students with representation from 33 states and seven countries.

“We are thrilled with the Mount’s growth as exhibited in our strong enrollment numbers, new and updated buildings and especially the excellence of the Class of 2023,” university President Timothy Trainor said in a statement. “I can’t wait to witness the academic, physical and spiritual growth that these students will undergo in their four years with us.”

Spencer Brown, 18, moved in on Thursday and said the day went better than he expected.

“Right when I got here, they helped unload the car, took everything to the room. It was super nice. I was not expecting that at all, but it was awesome — it was done really quick,” said Brown, who will be a member of the university track team and plans to major in elementary and special education.

Brown said he had considered other schools but that as soon as stepped on campus for a visit, he knew it was the right fit.

“It seems like they have the perfect blend between academics athletics and just like a whole family feel to it,” Brown said. “[I] ended up falling in love with it.”

Stephany Guevara, 18, agreed. She also moved in on Thursday and plans to major in nursing.

“When I got here, I felt like it was something for me. It was small, the teachers seem like they care, and I like that it’s Catholic because I am also Catholic.”

“I feel in a weird sense empowered just watching her do this ... [and] seeing the trajectory of the generations continuing the same path ... I feel good,” Ashlee said.

When asked if she will miss her sister, Ashlee first responded with a resounding “No.”

“I’m kidding, I’ve been dying inside, crying,” Ashlee said. “I’m going to miss her, but you know it’s like the next step. You can’t be that selfish because she’s leveling up right now.”

“I’ve been told I can’t cry, but you know what, it’s good,” JD Spencer said. “He’s such an independent kid. He’s ready.”

The new students will have the weekend to get used to their new surroundings before starting classes on Monday.