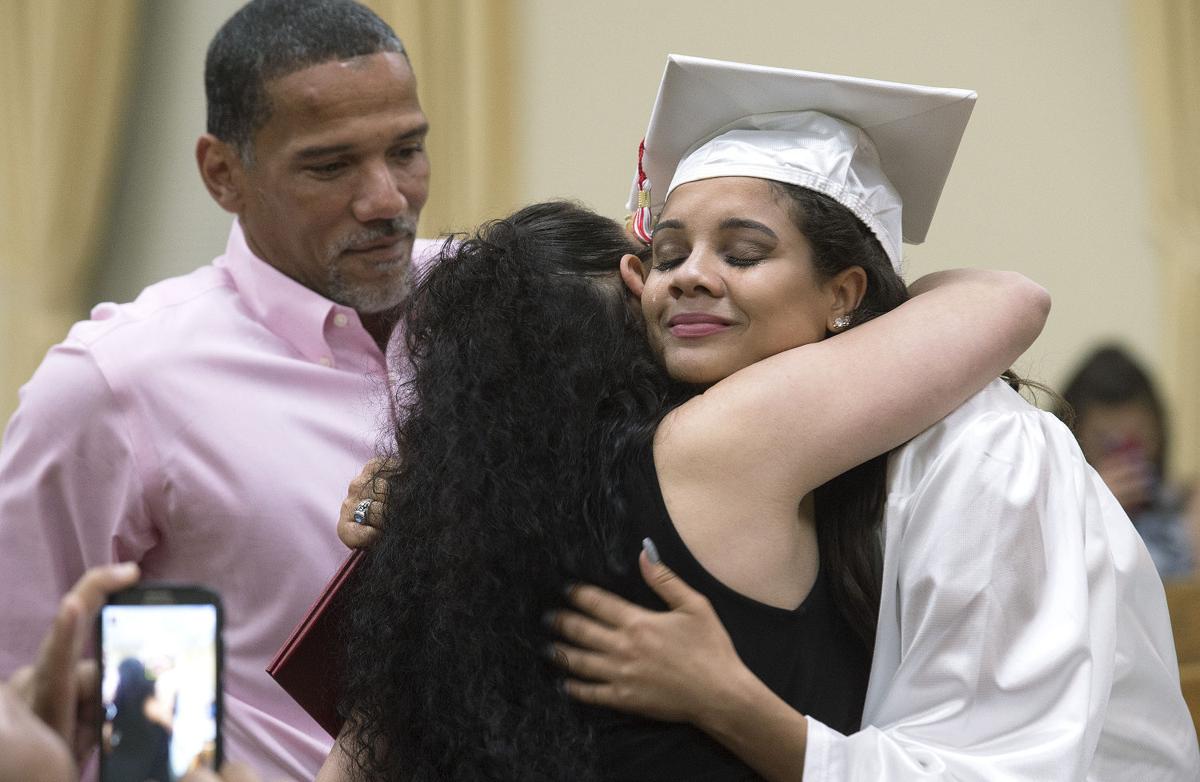 Meeah Vizcarrondo, right, gets a hug from her mom, Ivonne, and her dad, Leonard, after receiving her diploma Friday at the Frederick Christian Academy graduation ceremony. 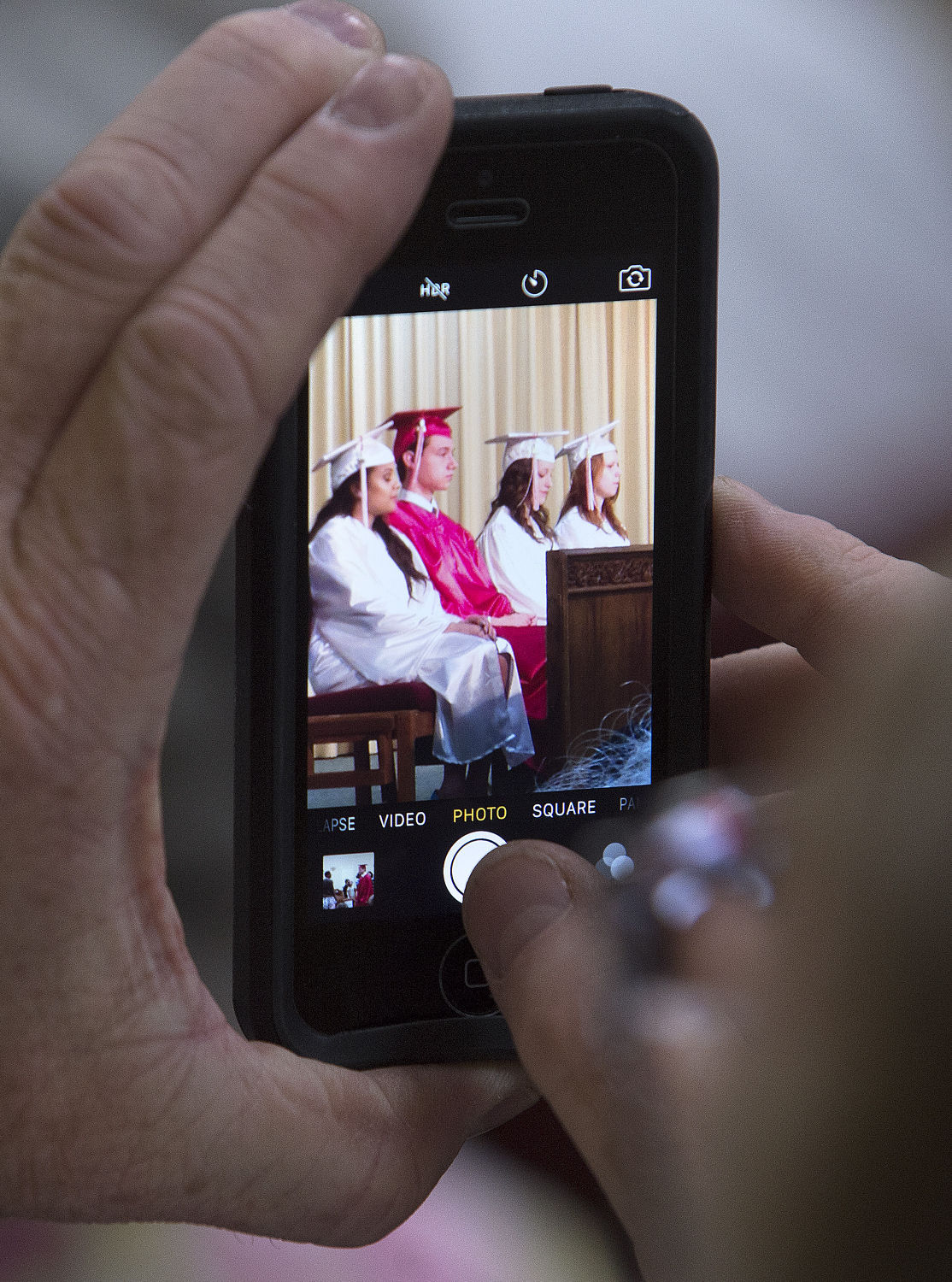 The four graduates of Frederick Christian Academy — from left, Meeah Vizcarrondo, Joseph Koffman, Amelia Budd, and Deborah Harrell — are captured by an audience member during the graduation ceremony on Friday. 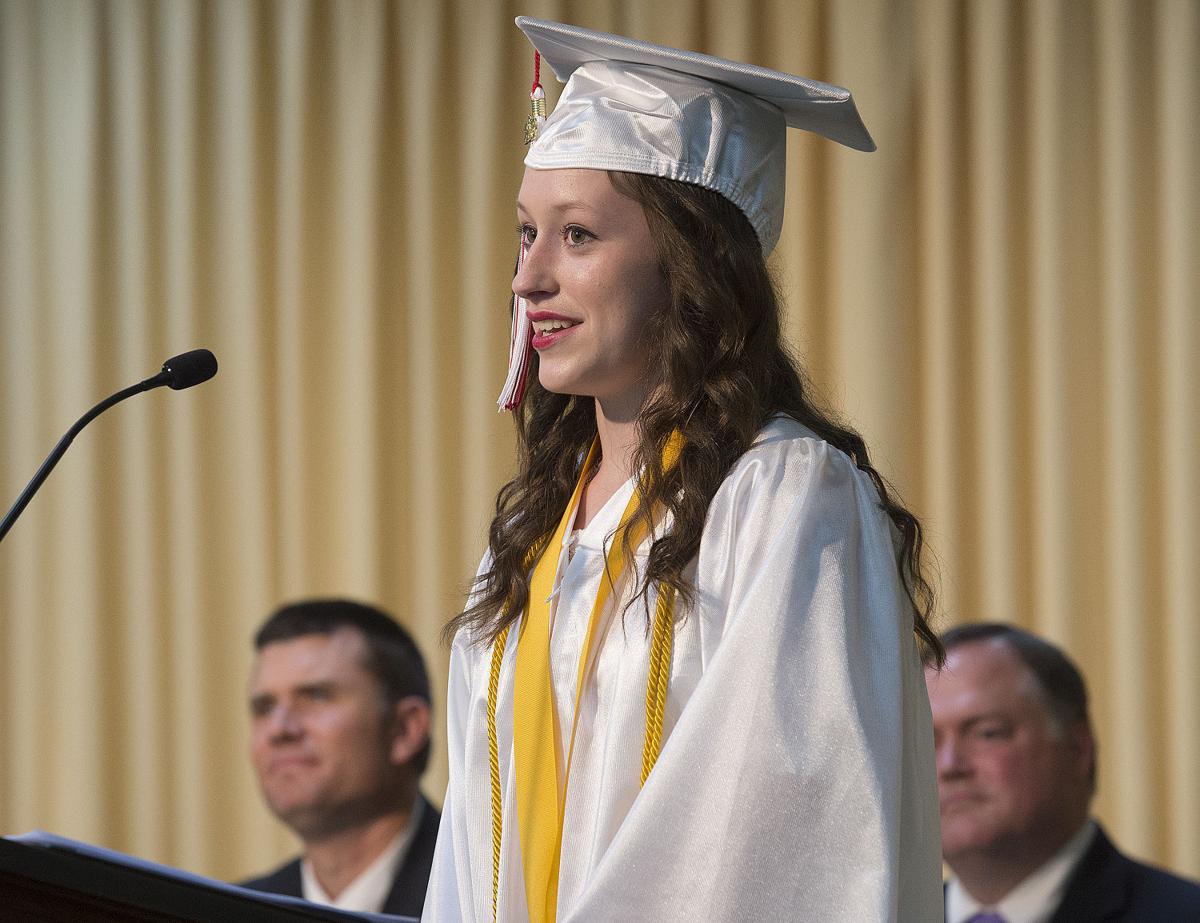 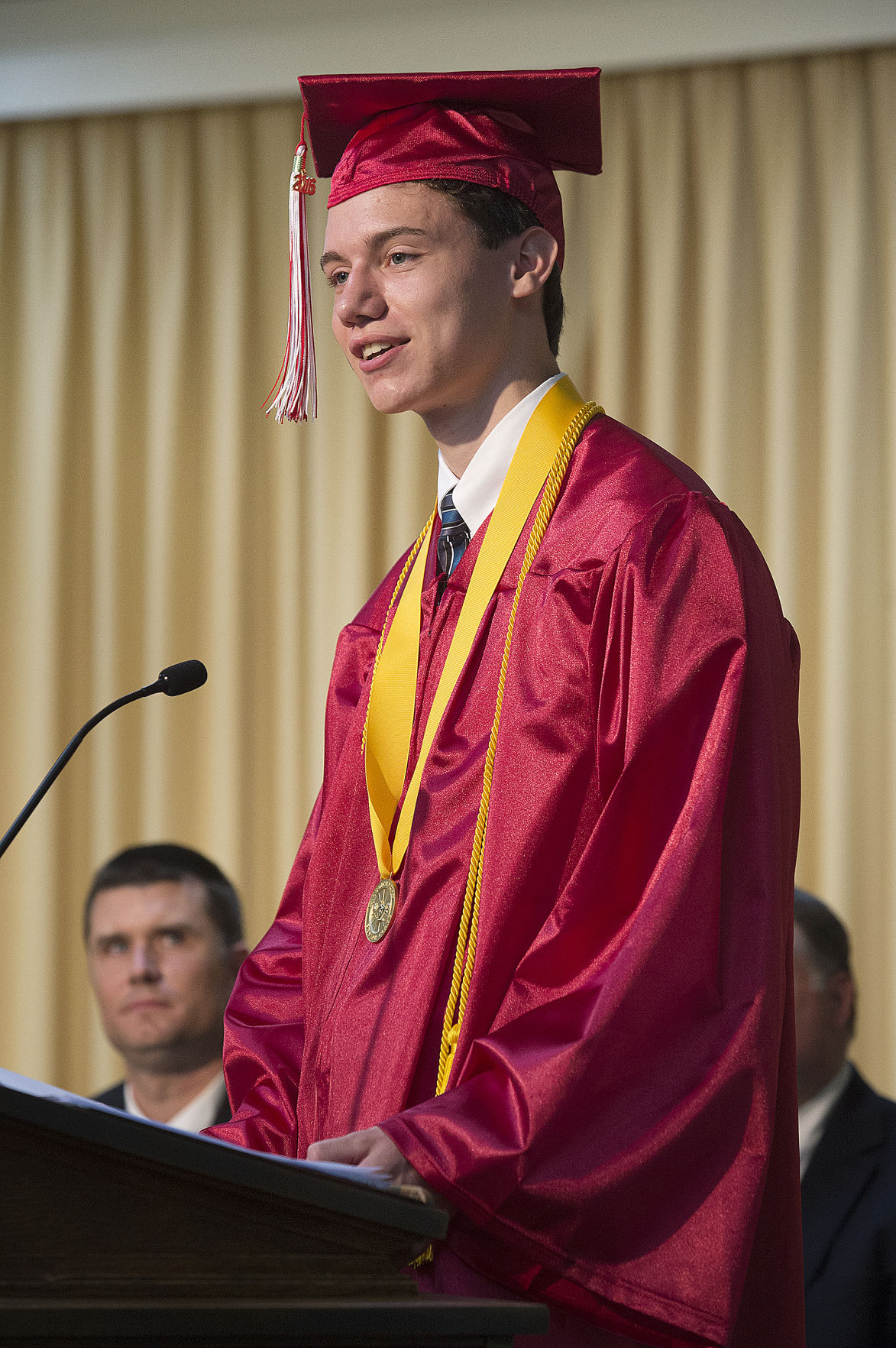 Meeah Vizcarrondo, right, gets a hug from her mom, Ivonne, and her dad, Leonard, after receiving her diploma Friday at the Frederick Christian Academy graduation ceremony.

The four graduates of Frederick Christian Academy — from left, Meeah Vizcarrondo, Joseph Koffman, Amelia Budd, and Deborah Harrell — are captured by an audience member during the graduation ceremony on Friday.

For Amelia Budd, Friday marked “the end of a comfort zone.”

“I personally cannot just follow in the steps of my older siblings anymore,” she told her fellow seniors at Frederick Christian Academy and others gathered to watch their graduation ceremony. “Now is our time to step out and find God’s unique and individual adventures for us.”

The private school celebrated its four graduates at a ceremony Friday evening, including one graduate from the academy’s home-school program. The ceremony began with a video showing photos of students as they grew and drew a crowd including family, friends and alumni.

In her speech, Budd, a co-valedictorian, offered a quote from the author Dante: “A mighty flame follows a tiny spark.”

“Class of 2016, in more than one way, we are that tiny spark,” she said. “Pursue excellence, stick to your faith, and don’t ever let the world snuff out your spark. Become that mighty flame.”

The students and those who taught and raised them described the group as close and unique. Principal Brad Parker said before the ceremony that this year’s graduating class was smaller than the usual six to eight. The students are “a pretty close-knit group,” he said.

“They really get along well and it’s been a joy working with them the last several years,” he added.

Sharon Hayes, a teacher and coach at the school, agreed with Budd that “quirky” aptly described the senior class.

In an emphatic address, John McKnight, pastor of Reformation Bible Church in Darlington in Harford County, warned the students that the world they face is “a mirage” and “a mere phantom.” The world makes promises, he said, but can’t deliver. They shouldn’t focus on their “stuff, reputation, plans and ambitions.”

McKnight described several truths the students should look to instead, including God, heaven, hell, Jesus Christ and Scripture.

“Let us not be blinded or distracted or misled following a mirage ... and let our lives be built on truths alone,” he said.

Graduate Meeah Vizcarrondo — who plans to study pre-law at Orange County Community College in New York — said her transition from public school to the Christian academy marked an opportunity for her to study the Bible more throughout her classes. She liked the small class sizes at the academy because of the level of support the teachers provided, she said.

“We all have our different personalities and just add different flavors into our group,” she said of her graduating class.

Some parents graduates said they appreciated the smaller, faith-based community. Beverly Budd, Amelia’s mom, said her daughter knew during her education that her teachers cared about her, which gave her confidence. She’s now heading to Messiah College in Pennsylvania.

Though she was home-schooled for the last six years, Deborah Harrell was still connected with the community she attended the academy with in her earlier years.

“It’s small, it’s a very tight-knit community and I like that because you can kind of get closer to people and just enjoy high school a little bit more,” said Harrell, who played on sports teams for the school. She plans to attend Frederick Community College.

Co-valedictorian Joseph Koffman, who is heading to the University of Maryland, Baltimore County, said before the ceremony that the school challenged him academically and helped him grow in his faith.

He said in his address that Friday marked a time to celebrate one phase of their lives.

“There are many other races to be run, and we’re each about to begin the next race in our lives, whatever that may be,” he said.

Number of graduates: 4 (including a home-school program graduate)

American Indian or Alaska Native: None

Hispanic/Latino of any race: None

he scope of science is relatively increased and people spend on researching.
Science Theory

The print edition has this as the lead story of the day complete with a banner headline. An odd choice given the prosaic subject and small number of people involved.

Anyway, congrats and good luck to the grads!