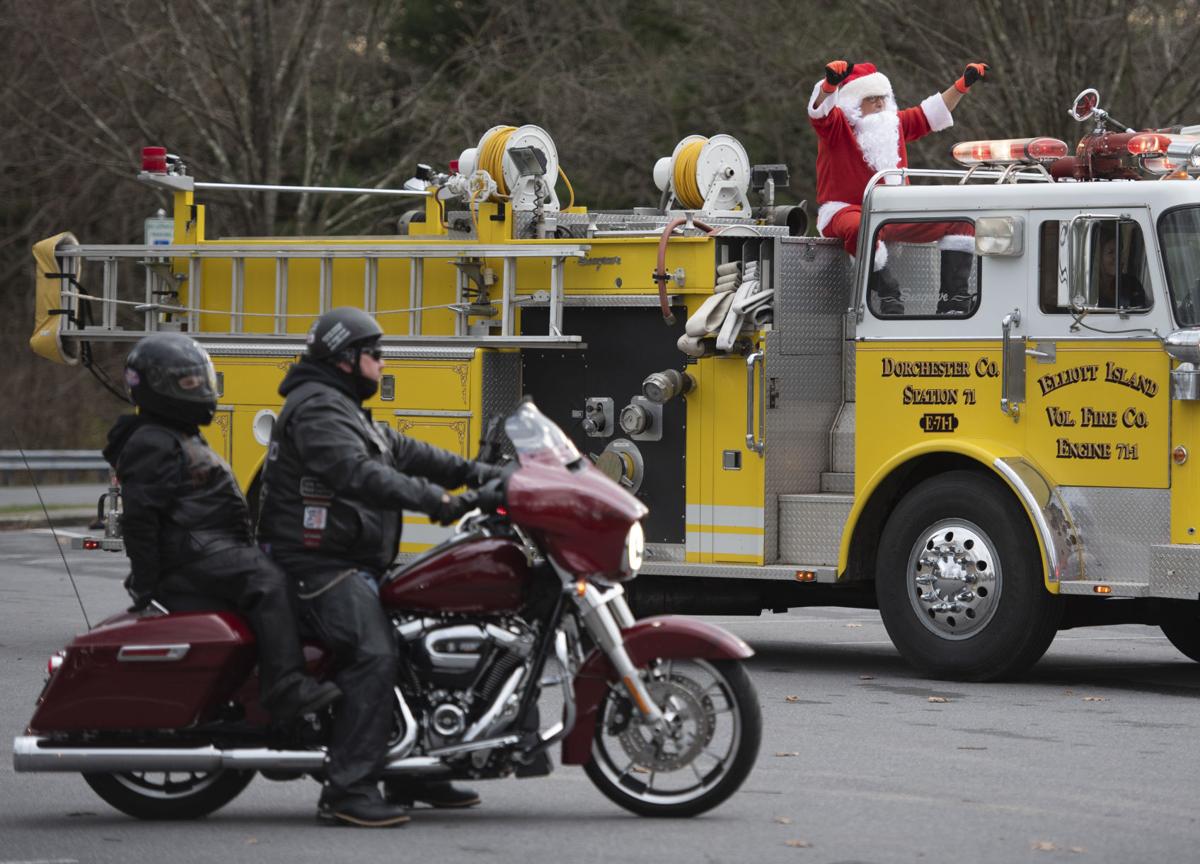 Santa, riding atop a fire engine, visited a family at Kemptown Community Park Saturday with members of the Free Riders Independent Motorcycle Club to deliver gifts to the family’s children. 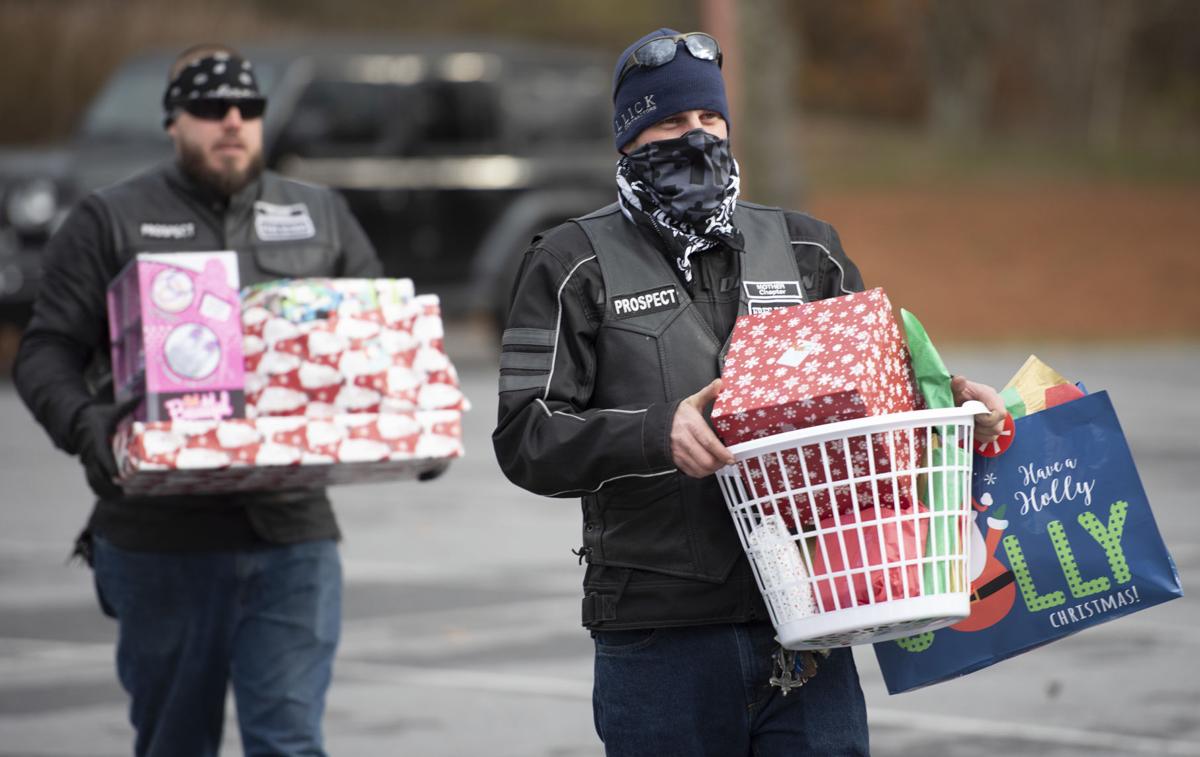 Santa, riding atop a fire engine, visited a family at Kemptown Community Park Saturday with members of the Free Riders Independent Motorcycle Club to deliver gifts to the family’s children.

The rumble of motorcycles isn’t typically associated with Christmas, but for one Kemptown Elementary family, Santa came with an entourage of chrome and leather.

Free Riders Independent Motorcycle Club, based in Montgomery County, partnered with the school to surprise a family in need with Christmas gifts and donations at Kemptown Community Park on Saturday.

On a blustery winter afternoon, Santa Claus came to town riding on top of a yellow fire engine, followed by a stream of motorcycles. A young boy sporting blue sneakers approached the crowd of about 20 bikers with his sister clinging to their mother’s frame. The club members unveiled a trunkload of presents wrapped in festive paper and nestled in bags. The club, a nonprofit organization, collected toys, food and clothes for the family. The school brought them together.

With their mother’s permission, each child was invited to unwrap a gift early. Bikers, clad in black leather vests bearing their nicknames, gathered around a picnic table to watch the youngsters tear away the snowmen wrapping paper. The boy, to his glee, unveiled a Nerf gun. His younger sister, more interested in the nearby playground than the crowd of smiling strangers, opened a plastic shopping cart stuffed with toy food. Santa chatted with the boy, reminding him to be good and to stay on the nice list.

The family asked not to be named for this story.

“The smiles on their faces was ...,” Boxall said, pausing to search for the right word.

It’s not uncommon for the motorcycle club to give back to the surrounding community, according to spokesman Wayne “Crabby Daddy” Harris.

Throughout the year, they hold fundraisers to support worthy causes such as service animals for veterans and heroin prevention. In April, they donated funds to Dominic’s Bar and Grille in Monrovia, which fell on hard times during the pandemic.

The COVID-19 pandemic has forced them to adapt their plans, like meeting the Kemptown family outdoors rather than inside. The school counselor, Laura Jones, said Harris and his friends are a dependable source of support, only a phone call away.

“There’s people that care,” Jones said. “You always just want [the students] to have the holiday of their dreams.”

While the club members share a love for motorcycles, Boxall said their real purpose is giving back. Ramella acknowledged some people may look at a biker and make assumptions about them, but there’s more to a person than their outward appearance.