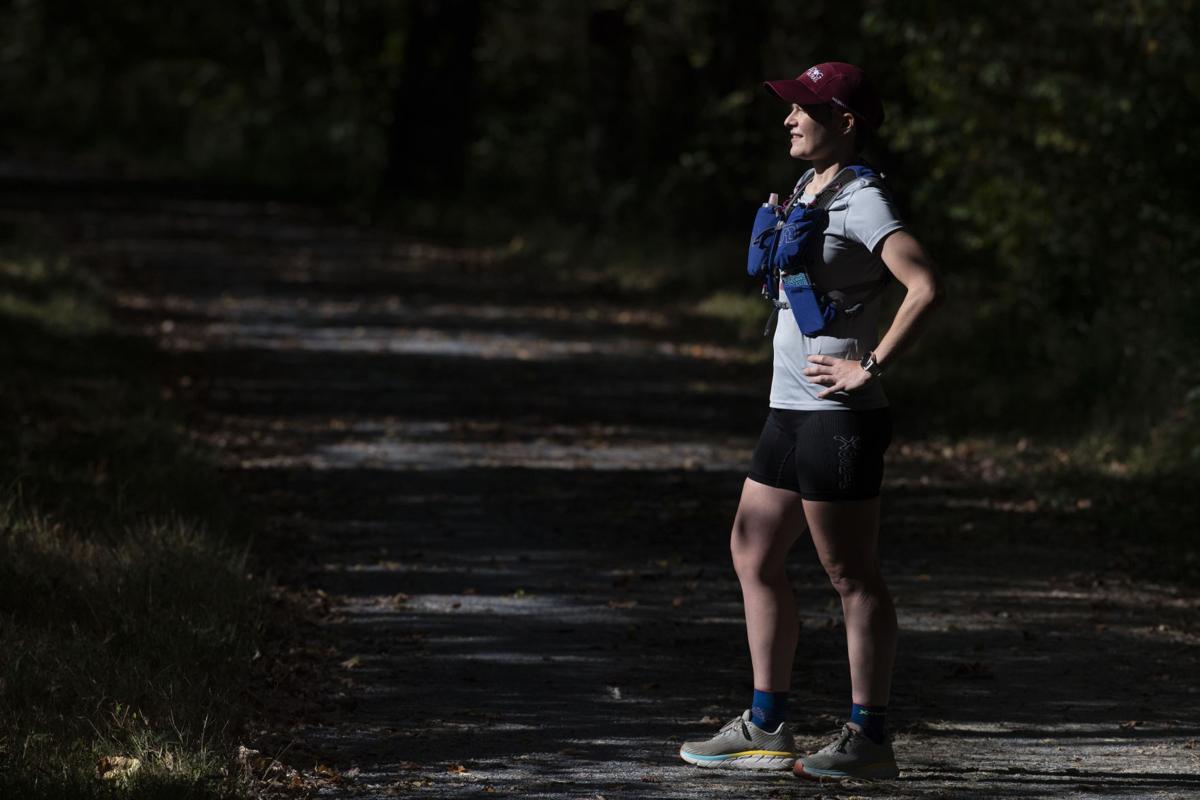 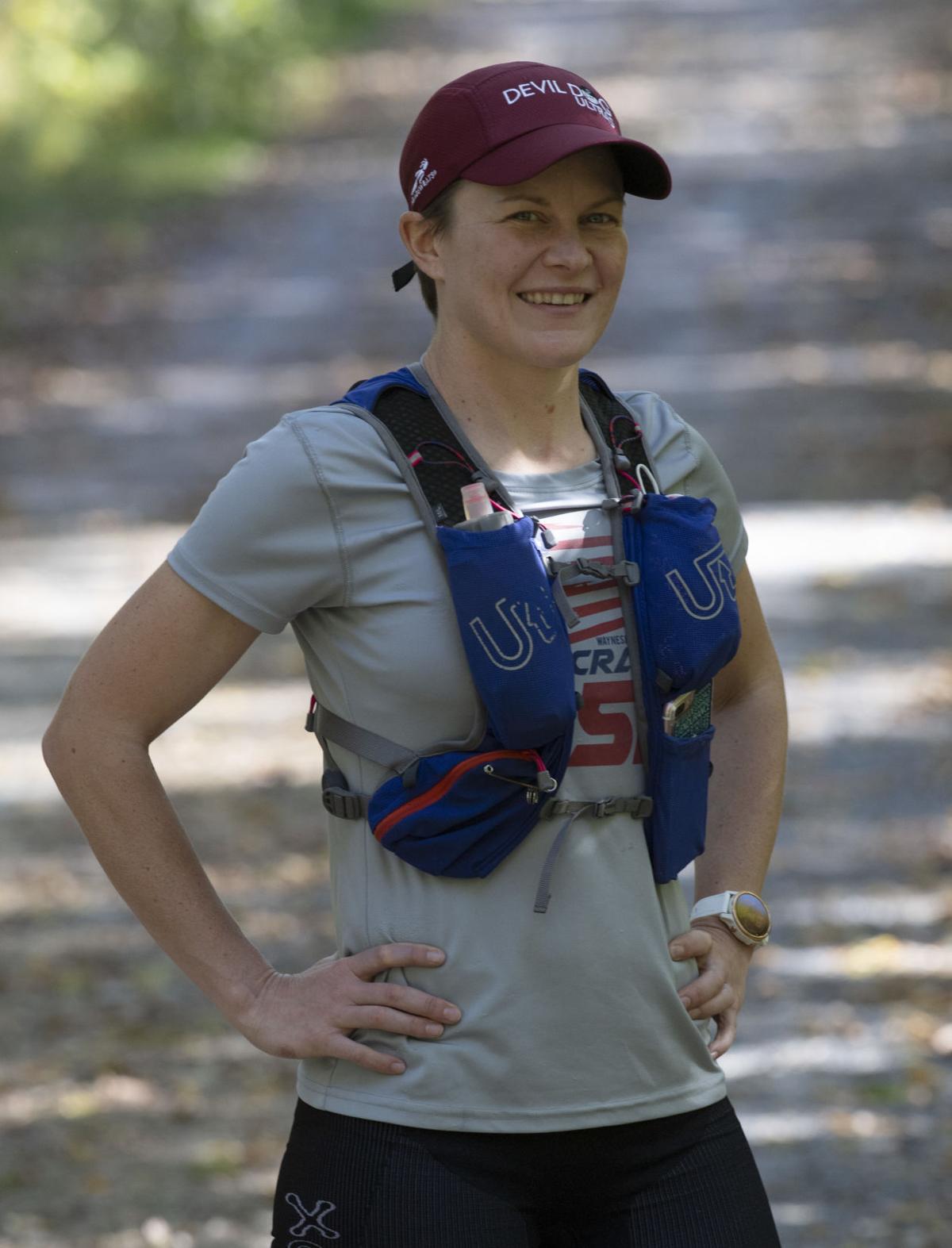 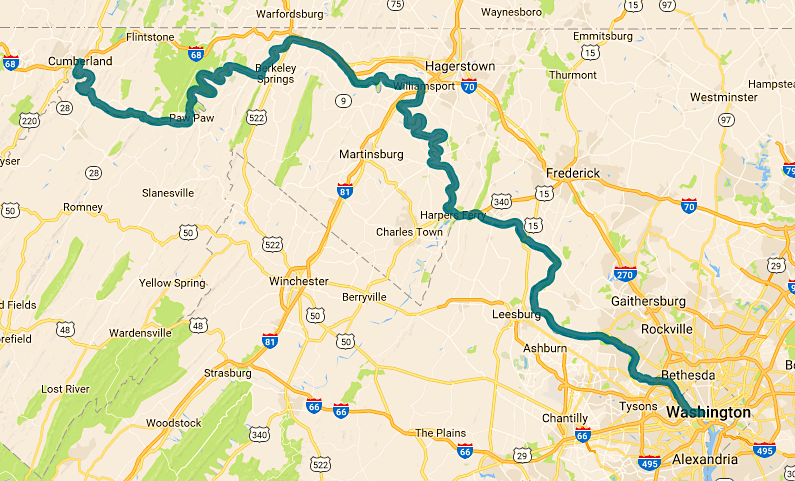 A jagged green line denotes the length of the C&O Canal. According to the National Park Service, the official length of the canal is 184.5 miles.

A jagged green line denotes the length of the C&O Canal. According to the National Park Service, the official length of the canal is 184.5 miles.

When she hit the 100-mile mark, Lindsey Weaver got a burst of energy. Unfortunately, she was only about halfway to her goal.

With about 90 miles ahead of her, she knew that as long as she didn't get injured, she'd finish.

Fortunately, Weaver, 34, didn't get injured, and she became the first woman on record to run the entire length of the C&O Canal in one go.

She traveled a total of 189.4 miles in two days, five hours, and 39 minutes during her run in late September.

According to the National Park Service, the official length of the canal is 184.5 miles, however, Weaver explained that she gained acquired extra mileage by running off the trail a few times to take bathroom breaks and other rests. She also had to run a few miles at the start to make it onto the trail.

"It's just a really cool feeling to know that I accomplished that. I don't know what I'm going to do next," Weaver said. "I don't know if I can top that."

Weaver, a librarian at Middletown High School, became interested in running only five years ago. She had played sports while growing up, but was never serious about running, especially long distances. However, after joining running clubs like the Frederick Steeplechasers, Weaver got hooked on ultra-running, which typically means runs done on trails with distances longer than 50 kilometers.

Over the past five years, Weaver ran in multiple marathons, but had never done more than 100 miles at any given time. She wanted a new challenge and last November looked into an ultramarathon that was held in Washington state.

Due to various reasons, including the high costs associated with participating in the marathon, Weaver decided to look for something local she could accomplish instead.

"Friends and I were running on the C&O...and I was like how long is this? And come to find out it's close enough to 200," Weaver said.

Soon she was mapping out the trail and was building in stations along the way for rest periods and water breaks, among other things.

She completed her run from Sept. 25-27. It was a supported run, which means she had people helping and running with her along the way. Weaver's boyfriend, Josh McAlister, was an integral part of her running crew and was with her on the trail for a majority of the time. He would drive about eight to 10 miles ahead and wait for Weaver and ensure she had everything she needed to complete her goal.

"I just knew it was a matter of nothing getting in her way. I knew she could do it, I knew she would do it," McAlister said.

Over the course of the two days, Weaver slept six times for 15 to 25 minutes each. The first few times she said she wasn't really sleeping, but the last two, she was knocked out. She changed her shoes three times and socks six times. It didn't prevent her feet from becoming destroyed though, Weaver said, and her recovery period after the run was a lot longer than usual.

Luckily, she never got rained on and never felt like she couldn't finish.

To complete the trail, Weaver ran in intervals. She started off running for four minutes and walking for two. She also listened to an audiobook, "Living With the Monks" by Jesse Itzler, for the first 30 miles.

As she got further along, she switched to running for two minutes and walking for one and picked up trekking poles for support. During the last legs of the run, Weaver ditched the intervals and ran and walked when she felt she could.

That didn't prevent her from finishing strong.

Rachel Ridgway, a friend of Weaver's, ran about 55 miles with her, including the last 23 miles. During the last leg, she and other members of Weaver's crew could barely keep up with her.

"It went from moving very slowly to an all-out sprint...she was running a 7:30 pace which we don't run on any given day," Ridgway said.

For Weaver, running is a way to clear her head and get away from the everyday stresses of life. Even though she just pulled off a major feat, she already wants to get back on a trail.

"I was looking at a picture of a trail earlier today and I just want to be out there...during COVID we're tied to our screens and emails and so it's just nice to break away from that and get outside and enjoy nature," she said.

In the end, it was nice to secure such a high mileage under her belt, she said, but what made the run worthwhile was all the support she received.

"People submitted videos just wishing me luck along the way...and it had me in tears," Weaver said. "All my friends and family coming out to support, and that was just the most awesome thing, and it shows how great our running community is."

Ridgway said it was an emotional journey to be a part of.

"I have no idea if anybody has ever tried this before...it was very moving to be a part of what could potentially be a part of history," she said.

When asked if she has any advice for new runners, Weaver said the best thing to do is to find friends to run with and most importantly, start small.

"I didn't start out doing this...I couldn't even run a mile without walking. I just built up," she said.

Unbelievable! There are so many powerful messages in this story - what a great accomplishment! Next time I want to give up on something.....this will come to mind!

That's incredible! I would not have thought that was possible. It would be difficult on a bicycle!

Congratulations on a very impressive accomplishment!

Wow! What an awesome accomplishment!

As a former cross country runner I know how dedicated you need to be for running at any distance. This is way above that! Respect!!!! 🥇

A marathon is roughly 25 miles. Less than one percent of the population will ever run a marathon. The JFK 50 Miler is next month. It's roughly two marathons long. But Lindsey Weaver ran roughly eight marathons, or four JFK 50 milers, in one outing. It sort of makes your head spin just thinking about it. Congratulations!

Super impressive. Thanks for covering this.