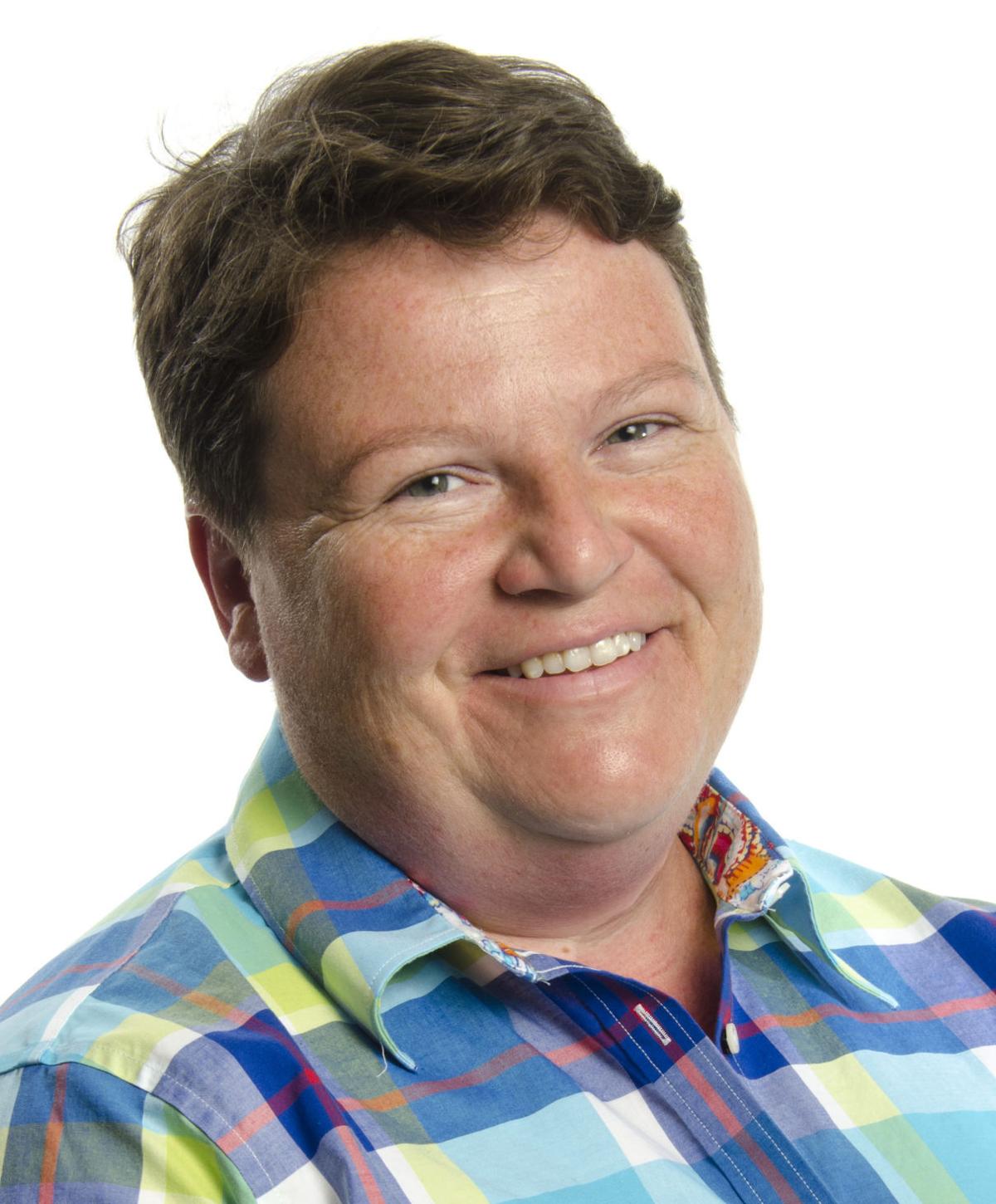 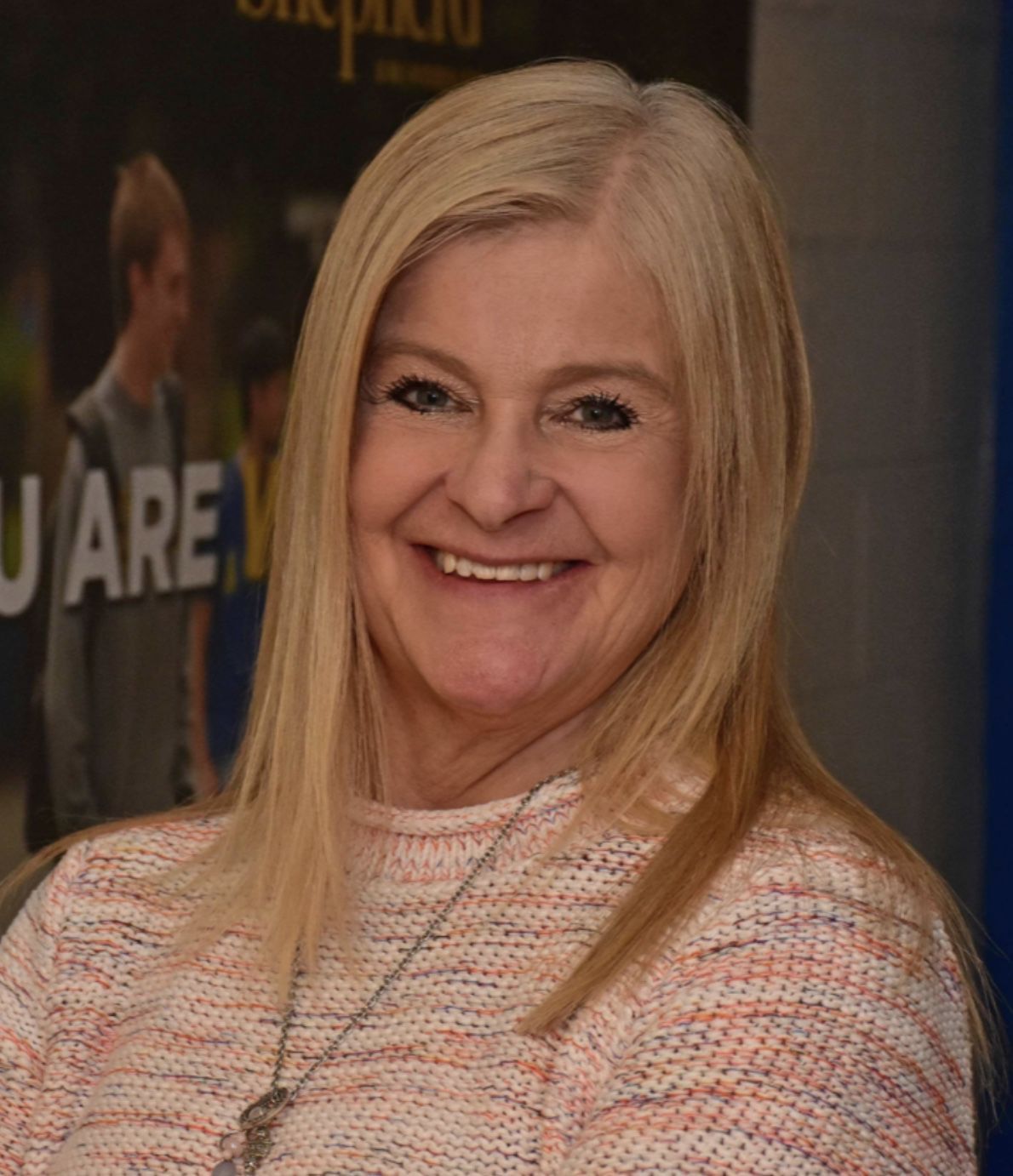 The draft plan, titled "Frederick County Public Schools’ Plan for Reopening and Advancing Forward," offers three scenarios for reopening schools in August under various restrictions related to COVID-19. The plan states that based on where the state of Maryland currently is in the governor's recovery plan, it is recommended that FCPS open in August with a hybrid model of both in-person and virtual instruction.

After FCPS staff presented the plan to the school board on Wednesday, an almost two-hour discussion followed. Every board member seemed worried about whether the school system is truly ready to implement such a model.

Board members asked FCPS staff various questions related to cleaning protocols, stockpile of resources, virus self-reporting requirements, social-emotional learning for students returning to school, the safety of staff in regards to exposure of the virus, and liability for FCPS if staff or students come to school with symptoms of the virus.

Board members also seemed concerned that teachers and school staff had not been surveyed or offered opportunities for input before the draft plan was developed.

Board member Liz Barrett said she did not feel comfortable approving any portion of the plan since it didn’t answer many questions including what lessons had been learned from the spring closure.

“What assurances are we giving our parents, our staff, and our faculty? Because our first job is safety...our second job is instruction,” Barrett said. “This is a logistics plan right now. It doesn’t prove to me that we’re ready, we’re safe.”

Board member Lois Jarman said the plan doesn’t convince her that students and teachers will not be put at risk.

“We live in a community where we have a large population who is not even accepting the reality of this virus and so what does that look like when students enter the classroom?” Jarman said. “I have lost sleep at night because the death of one student or one staff member outweighs any talk of a hybrid model and there are so many holes in this proposal.”

Parents surveyed seem to agree. According to FCPS Superintendent Terry Alban, 25 percent of parents said they were not comfortable sending their children back to school in August.

There were also many questions regarding why the specific hybrid model of A and B days was chosen.

In this model, groups of students will attend school in-person on different days. Cohort A will attend school on Mondays and Tuesdays while Cohort B is engaged in virtual instruction. On Wednesdays, the school buildings will be closed and undergo deep cleaning while all students participate in virtual instruction. On Thursdays and Fridays, the model will flip with Cohort B attending school in-person and Cohort A learning virtually.

Board member Rae Gallagher asked if other models were considered such as having groups of students attend school in-person for whole weeks at a time.

Michael Markoe, deputy superintendent of FCPS, said other models were examined but the A and B day model was considered the best since it allowed every student to experience some face-to-face instruction each week.

Due to the level of unease about the hybrid plan expressed by board members, Alban said that the district could abandon the model all together and simply focus on either Stage 1 or Stage 3 — a full virtual learning model or a traditional return to school.

However, Markoe pointed out that if the board decides to abandon the model and then changes its mind come August, staff would not be able to rebuild it and put resources in place quickly enough for the start of the school year.

Alban pointed to how quickly things could change between when the plan is finalized in early August and the first day of school.

“On August 5, if we are in stage two and we’re looking at a hybrid model, we’re going to be going all systems forward,” Alban said. “But it is quite possible that on August 15 the governor could hold a press conference and say ... we are going back to Stage 1.”

The draft plan was presented to the school board on Wednesday for discussion only, but a model must be chosen and finalized by Aug. 14. The first day of school is Aug. 31. 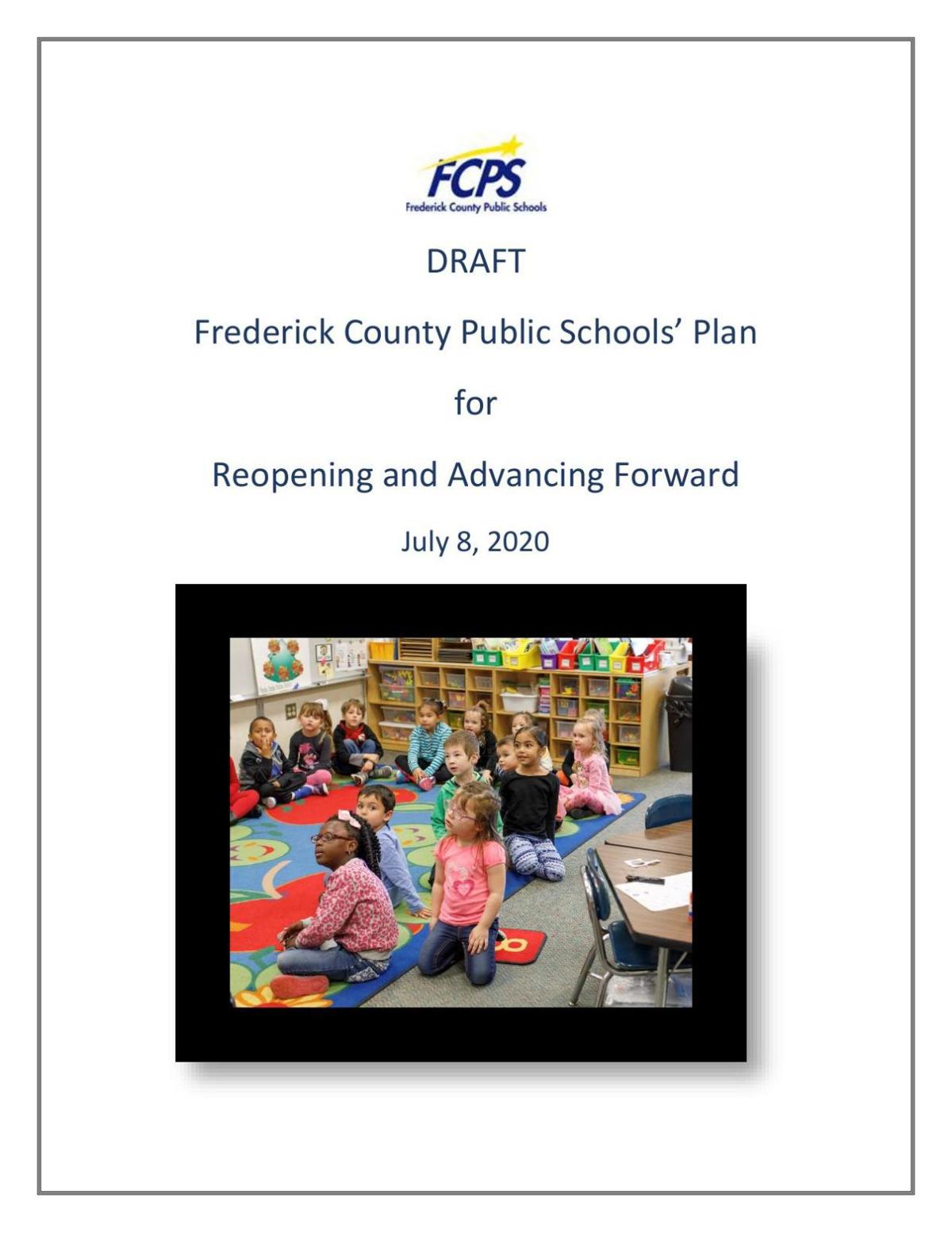 Barrett said she is not ready to finalize or choose any scenario without having more data, details and answers. Other board members seemed to agree and Board President Brad Young suggested meeting again before their Aug. 5 meeting to have more discussion.

FCPS plans to send out a second survey to parents as well as surveys to staff to collect more data and responses. A virtual town hall for public feedback on the plan will be held on July 15 at 6 p.m.

WHAT: Virtual Town Hall to discuss options for reopening schools

WHERE: Tune to FCPS TV on Comcast Cable 18 or watch online at www.fcps.org/tv

DETAILS: Send ideas and questions: FCPSReopens@fcps.org. During the Town Hall, you may call 301-696-6966. For more information, go to fcps.org/update/reopening

Based on where the state of Maryland currently is with the governor’s recovery plan, Frederick County Public Schools will likely operate under…

All this talk about cleaning is bs. The way to prevent spread of the virus is ventilation of buildings. Move the respiratory droplets along and out the window. .

It would really go a long way to upgrade HVAC systems, unfortunately, this is likely cost prohibitive for most school systems. Commercial HVAC systems are very expensive to repair/retrofit/upgrade/replace. There are school districts in MD that have been fighting for funding to perform basic HVAC upgrades and repairs for years. Additionally, there are about 50 schools in MD that don't have air conditioning systems at all.

There's no perfect solution. If we open schools now, some will be infected and they will take that home to their parents and grandparents. . If we use the proposal some parents will not be able to work. .And right now the online education is not as good as going to a traditional school. Either we get this pandemic lower in the community or we will never be successful in opening the schools.

I don't know how much lower you think the community can go, we are down to 2 new cases a day and no deaths.

Agree. Remember when the narrative was all ventilators and flattening the curve? Then it was PPE. Then it eas I U beds. Now it's all about cases.

Take a look at our positivity rate and our death rate.

Daughter is a teacher in Loudoun County. Worked with similar plan. Had difficulty with scheduling/planning having to work late hours managing school & children at home due to daycare canceled. If schools systems adopted hybrid plan they should singularly dedicate teachers for virtual classes independent of in school teachers.

Furlough the teachers. They will come up with a plan quick enough !!

Let's not be hateful to teachers. This is not their fault.

Correct, it is not the teachers fault. However everyone should not have to pay as much in taxes to support the education system if over half the time is virtual education.

I wonder how many clamoring for schools to have a normal, traditional opening still have kids who will be in a classroom of 20 - 35 kids, even more in some classes like P.E.?

Open the schools mon thru fri as normal. Stop operating in fear. Life inherently has risks and I think this is one we can take. The flu has impacted kids more than Covid and we don’t shut everything down due to flu. Sick of the sheep behavior.

How old are your kids, fredneck? And what school do they attend? I’d like to ensure my kids aren’t going to school with yours. Thanks.

Just say, "nobody I care about has died," and leave it at that.

and you need to take your head out of the sand!

It's time for the BOE to LEAD! Leaders don't always have the luxury of "assurances," there's inherent risk in EVERYTHING we do, including riding school buses, walking to school, crossing the street and even eating those nasty school-lunches. So, you LEAD the mitigation efforts and by thoughtfully planning, vigorously managing, closely monitoring and politely asking everyone to do their part! There is no perfect system!

Flying airplanes certainly has inherent risk and If people, airlines and the government required the safest course of action, no one would fly and they'd demand the airplanes be parked. However, reasonable people--and most are--are willing to assume some risk so long as it's calculated and that risk is being thoughtfully and deliberately minimized. Now, open the schools already!

Curious: are you so bent on reopening schools because you, yourself, are craving some sense of return to “normal”?

Because the world has not normalized. Little has changed since Mid-March.

I’m trying to understand how you prioritize your needs and comfort in a list that includes the health and well-being of students, teachers, and other school staff.

You are correct, the world has not normalized as a result of this pandemic.

If everything is safe to open why is the BOE meeting virtually, why is the IRS not able to process my son's tax refund since February, why can't I go to the dentist for a regular check up? Things are not normal and crowding people (kids AND adults) into schools and on buses is not safe right now. I did not like the distance learning we participated in this past spring, but it was better than being afflicted with the virus. Schools are not supposed to be day care centers, but that thought is pervasive - school is supposed to be a SAFE learning environment, and it is not safe right now.

Wow your willingness to lead by letting students and teachers assume the “inherent risk” involved in returning to “normal” school is breathtaking. Which ironically is the same effect COVID 19 has on its victims.