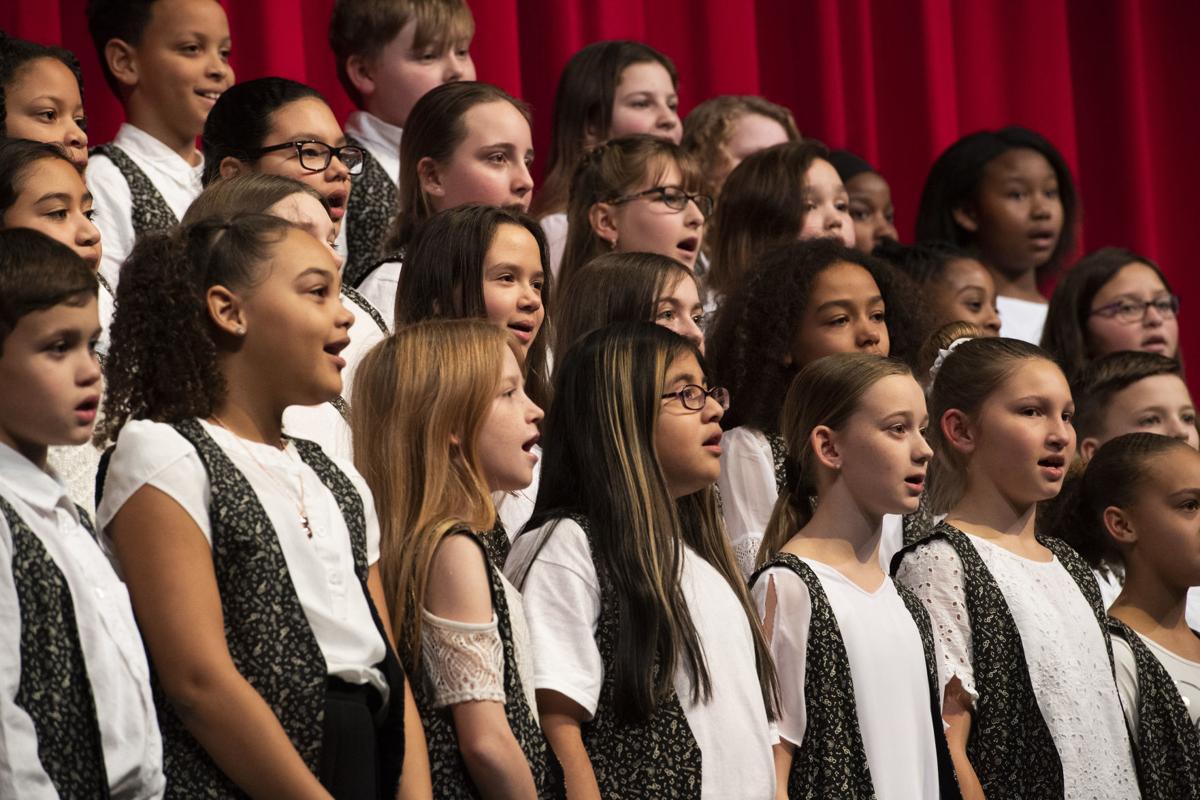 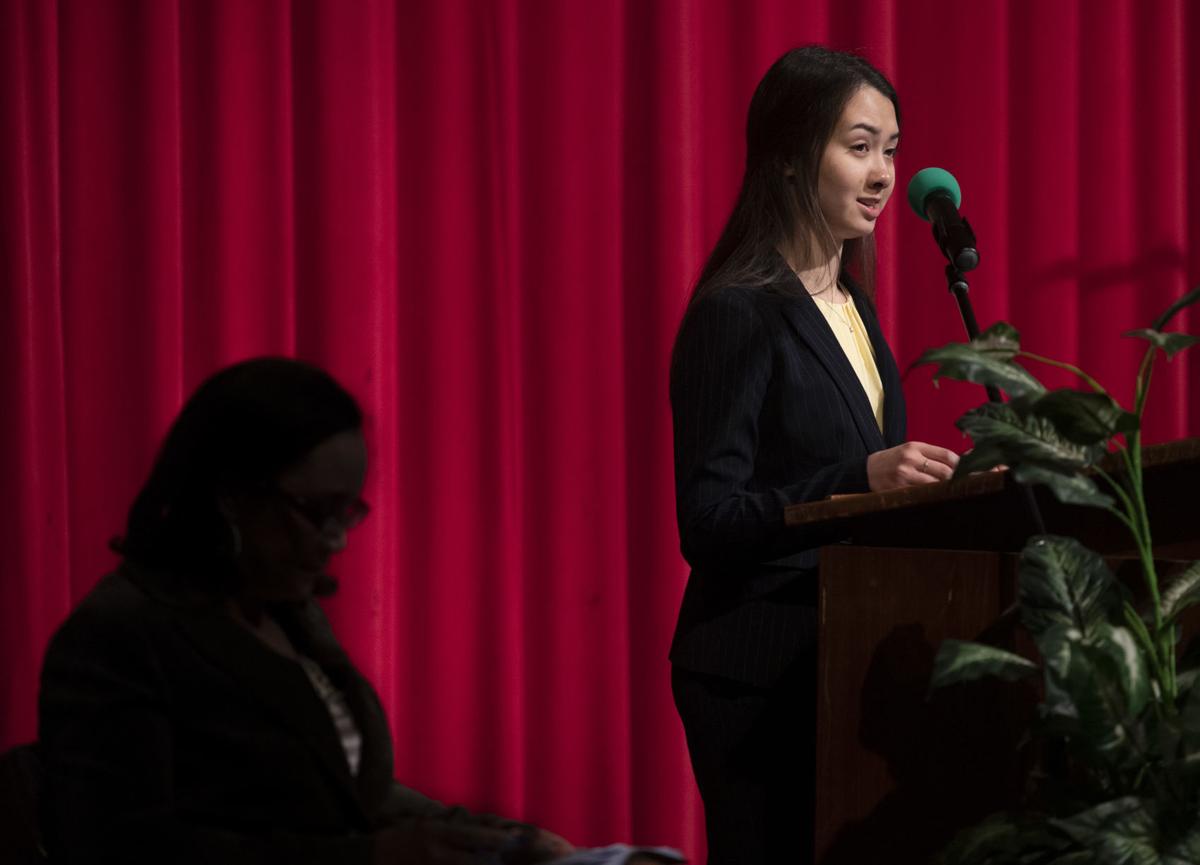 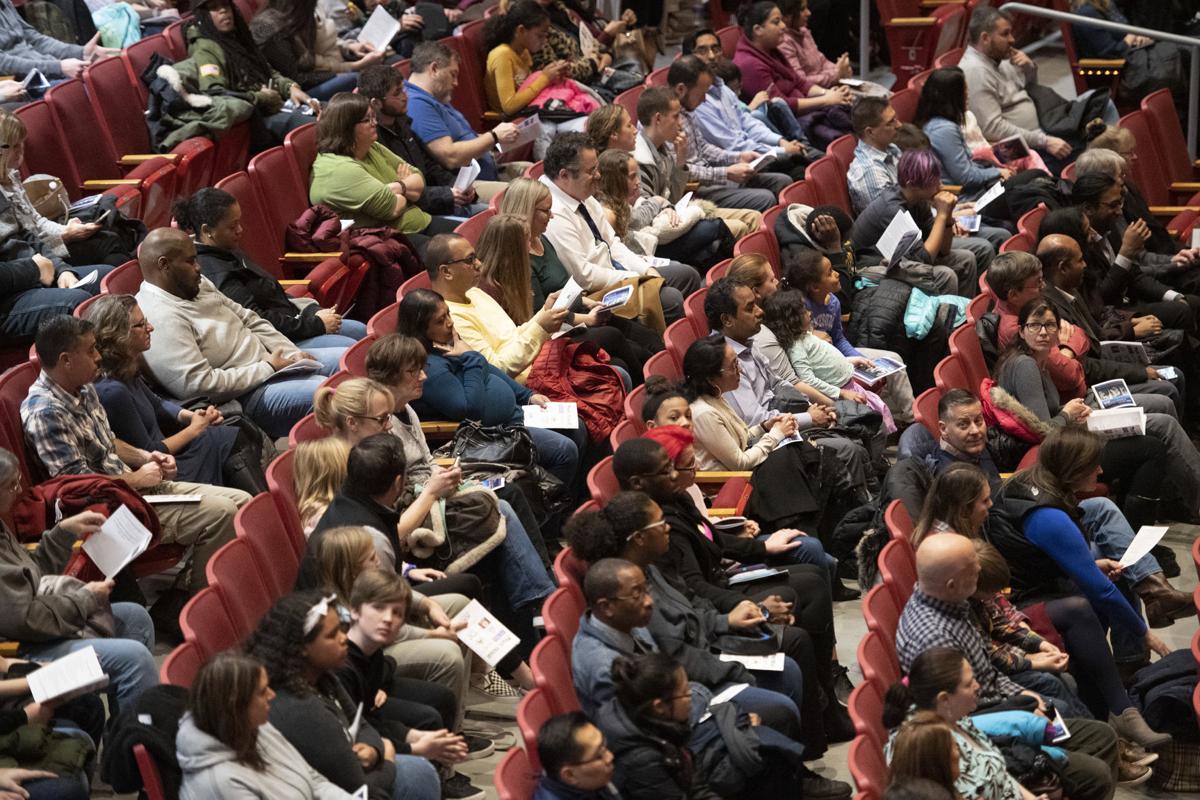 It was a night of festivity and reflection Thursday as students were honored as part of the school system’s 30th Martin Luther King Jr. celebration.

“It is always so exciting to be able to celebrate the accomplishments of our students, but tonight is special to me because it’s all about character,” Superintendent Terry Alban told the crowd of families and students seated in the Gov. Thomas Johnson High School auditorium.

Every year, one student from each public school in Frederick County is chosen to receive the King Award. To earn the award, students must have demonstrated positive leadership qualities that are characteristic of King and exhibit FCPS’ “Character Counts” pillars of responsibility, caring, fairness, trustworthiness, citizenship and respect. Each school has its own process for choosing students.

“Families and friends, I hope you will bask with pride as [students] cross the stage,” Alban said.

Lakisha Bynum did. Her son, Frederick High School senior Isaac Bynum, was one of the recipients.

“I’m glad to know that others at the school and the administration acknowledge him for his character,” Bynum said. “Martin Luther King should be honored, and I’m glad the students here were honored.”

“It was great to win this award and represent my school and Martin Luther King and what he stood for, especially being African-American, it was great to be a part of this tradition,” he said.

Intermixed with musical performances from school choirs and the Tuscarora High School Jazz Ensemble, award winners were called up individually and given medals along with handshakes from the superintendent and Board of Education Vice President Jay Mason.

There were a few comical moments as some elementary schoolers sped right past Alban and Mason, not realizing a handshake was part of the award presentation.

Lauren Leatherman, a senior at Middletown High School, was also a sight as she hopped up on stage to receive the award using crutches.

Leatherman is a runner and recently underwent foot surgery. The celebration was her first time out since the procedure.

“Tonight was my debut,” Leatherman said with a laugh. “I’m really honored. ... I didn’t really know a lot about this program before, but I think it’s really good that FCPS honors Dr. Martin Luther King Jr. and honors his legacy ... and it encourages students to be leaders from a young age.”

“I think it brings recognition to ‘Character Counts’ and makes more people aware of it,” Nichols said. “It brings forward Dr. King and what he did, which I think is very important for our culture today.” The awards ceremony comes ahead of National African-American History Month in February when schools across the county will continue celebrating King and other important black leaders and historical figures.