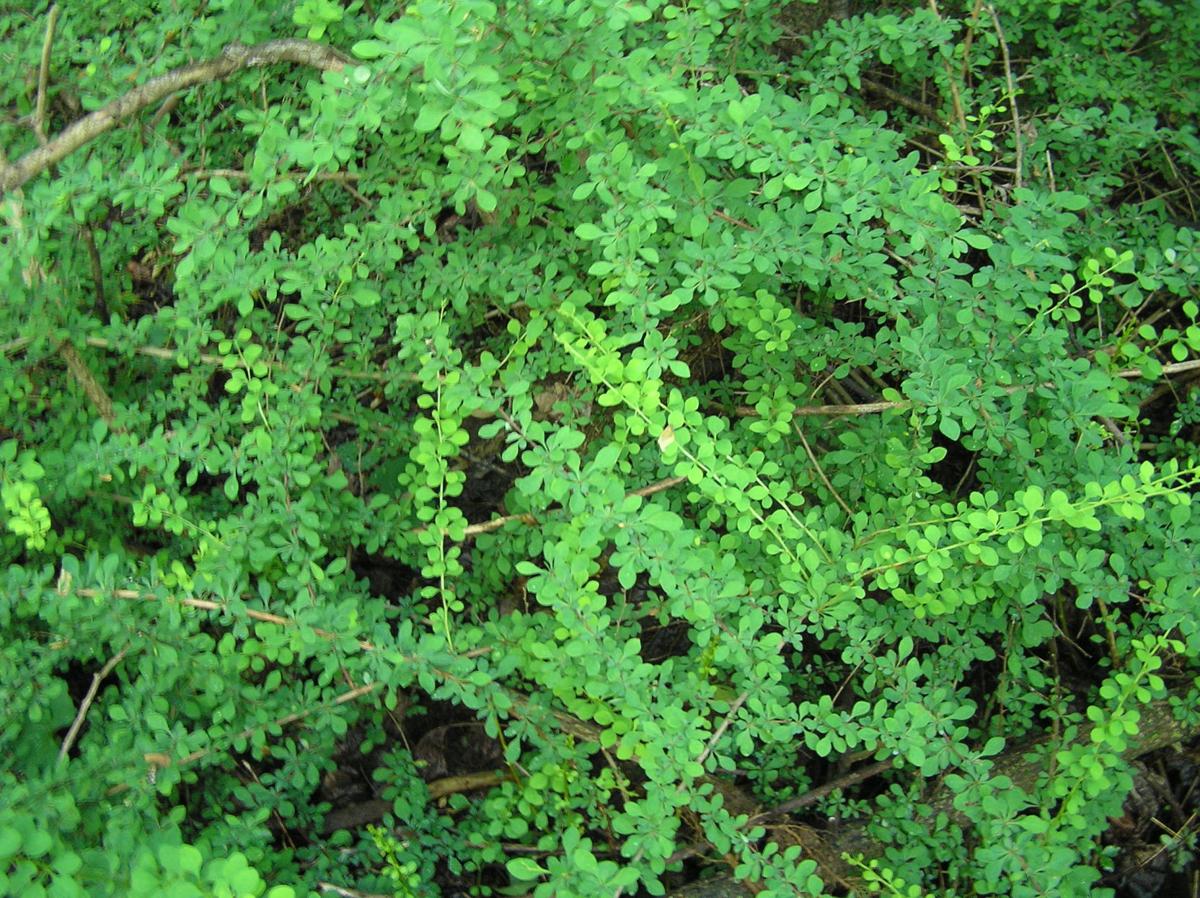 Once Japanese barberry reach our forests, it outcompetes native plants. 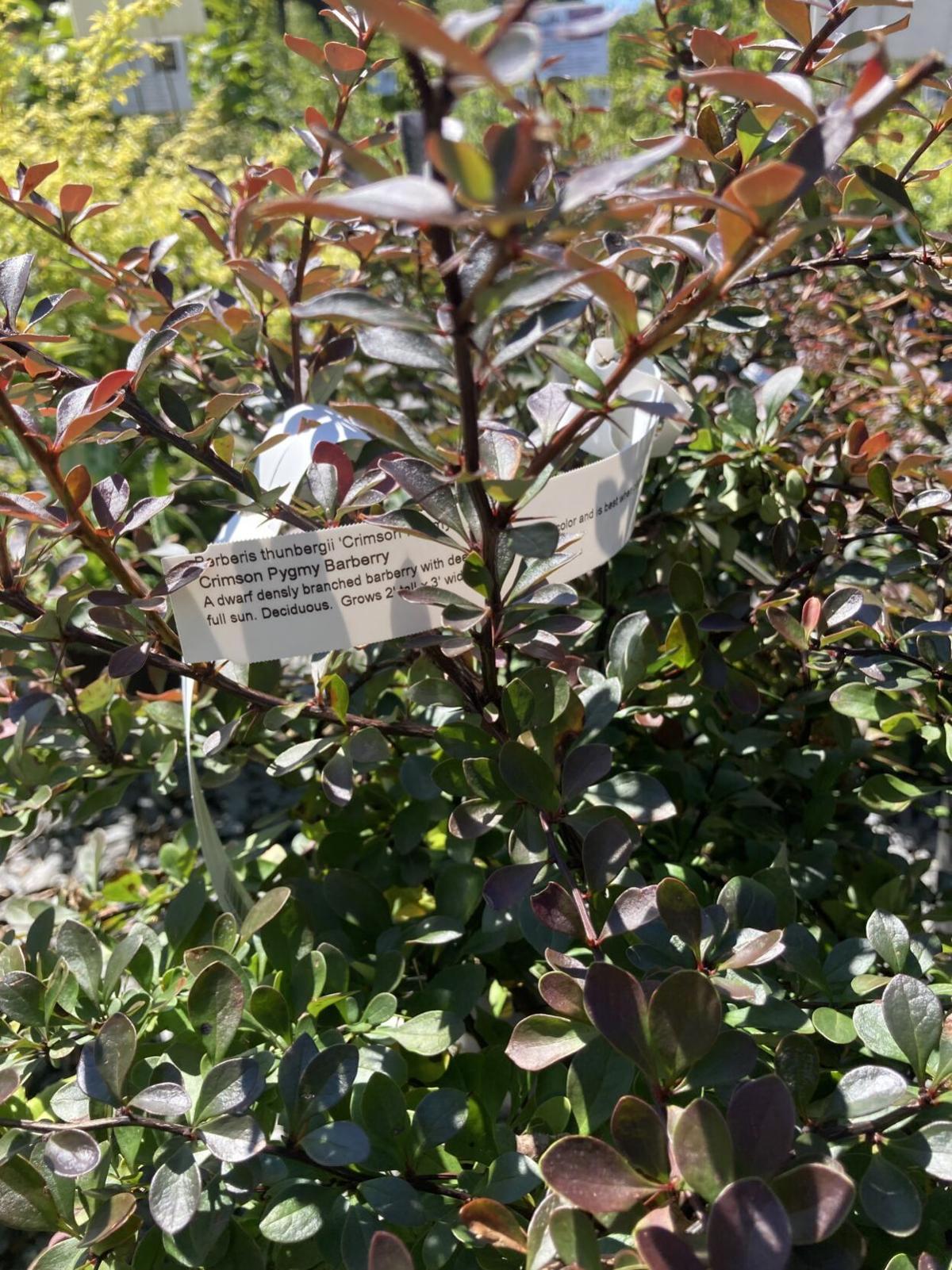 Japanese barberry has been cultivated to produce different bush sizes, but all can become invasive. 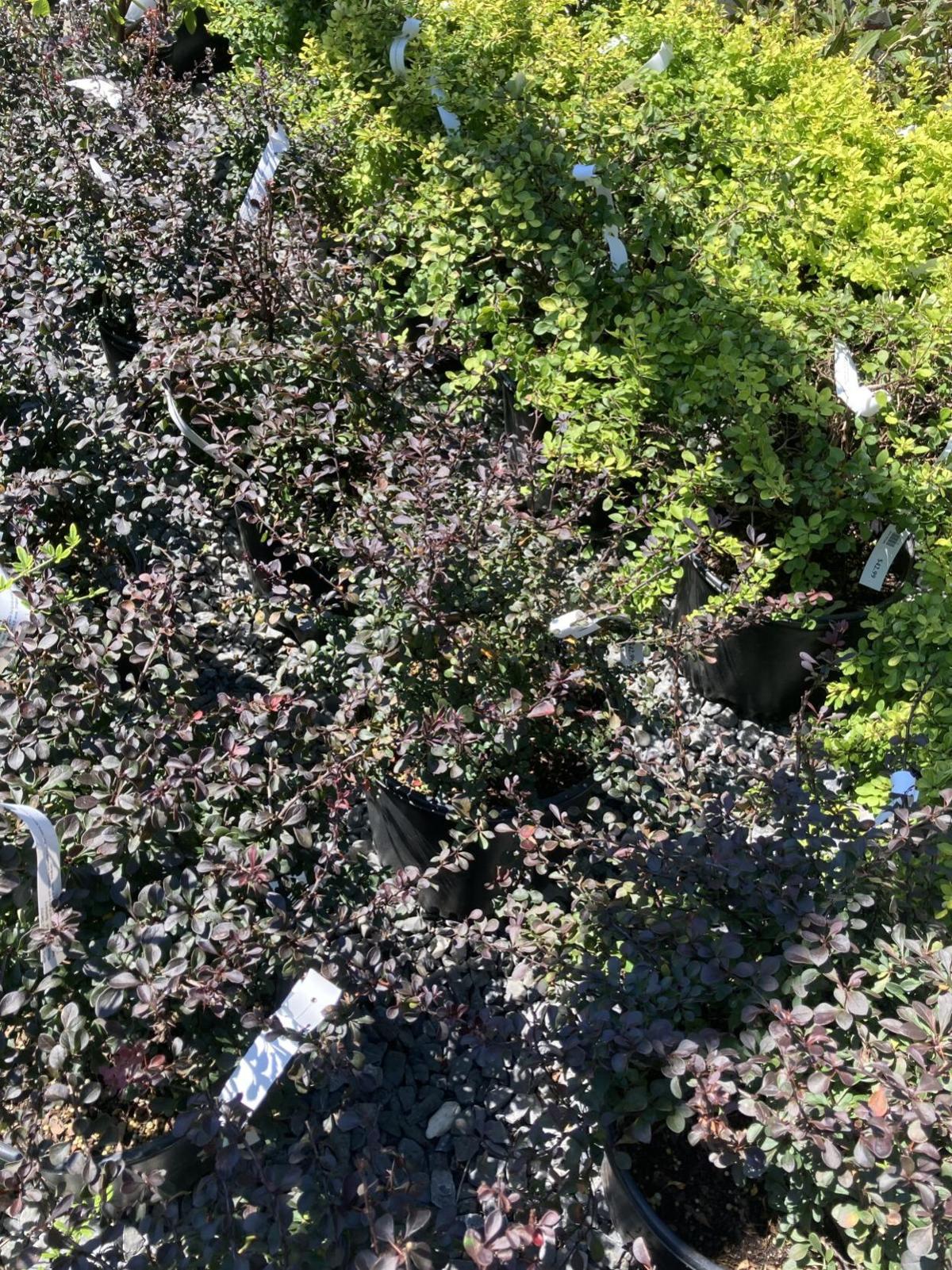 Despite being invasive, Japanese barberry is front and center in Frederick County nurseries. Many different cultivars of all sizes and showing different colored leaves exist today.

Once Japanese barberry reach our forests, it outcompetes native plants.

Japanese barberry has been cultivated to produce different bush sizes, but all can become invasive.

Despite being invasive, Japanese barberry is front and center in Frederick County nurseries. Many different cultivars of all sizes and showing different colored leaves exist today.

The Japanese barberry bush has become a significant ecological threat to our forests and contributes to the spread of infectious diseases.

Japanese barberry (Berberis thunbergii) is a dense, decorative, deciduous, non-native shrub. Its unique look, resistance to deer and shade tolerance have made it popular among local gardeners and nurseries. However, it is a very prolific seeder and can be spread by birds and other animals that consume its fruit. Reproduction can also be vegetative through root sprout or branches may take root once they touch the ground. It grows in open fields, wooded areas, wetlands and disturbed habitats. In Frederick, it flourishes not only in shady, cool and moist areas, such as stream valleys, but also in higher elevations in the northwest portion of Frederick County.

The Frederick County Forestry Board is asking county nurseries, gardeners, HOAs and residents to help manage and prevent the expansion of this plant.

The leaves of Japanese barberry are oval-shaped, simple and entire. They turn a bright orange color in the fall before falling off. From May to early July, barberry can be identified by its very small, white downward-facing flowers that seem to hang off of the stems. These flowers can also sometimes appear pink or yellow. The shrubs reach reproductive age at two years, at which point they will start producing small, red to orange fruits in the late summer and fall. One of their most distinctive features is their single thorns, which are alternating and grow up the entirety of the stems. Barberry outcompetes native plants through its dense foliage which emerges earlier in the year. Its foliage is also toxic to deer so they do not browse it. Once barberry is established, dense stands of up to 10 feet make the forest almost impenetrable to wildlife and exclude native young trees, shrubs, and herbaceous plants that would otherwise be found there. Experts suspect that Barberry may also raise soil pH reducing beneficial soil bacteria and diminishing the inherent fertility of forest soils.

Besides damaging native plants and wildlife, barberry is notorious for harboring blacklegged ticks (Ixodes scapularis, commonly known as the deer tick) which carry Lyme and other diseases. Scientists from the Connecticut Agricultural Experiment Station in New Haven recently concluded a multi-year study in which they found that forests infested with Japanese barberry have a much higher density of blacklegged ticks.

The process goes as follows: In the ticks’ first year, tick nymphs feed on mice. Several characteristics of Japanese barberry, including early leaf-out, dense thorns and a wealth of fruit, combine to create an ideal habitat for mice, free from predators, with abundant food. After feeding, the ticks drop off the mice and then require humidity because ticks become desiccated when levels drop below 80 percent. However, the relative humidity under a Barberry is about 100 percent at night. While in the open, ticks can only be active for 15-16 hours per day, but that number increases to 23-24 when protected by barberry. This gives them more opportunity to climb up the plant — a mature barberry is the perfect height for questing adult ticks to attach themselves to passing animals (including humans) — and spread disease. Ticks then spend another season feeding on other animals, especially deer, which can carry thousands at a time, providing meals to ticks just before they lay their eggs. These blacklegged ticks not only carry Lyme disease but also four other deadly diseases: anaplasmosis, borrelia miyamotoi disease, babesiosis and Powassan virus.

Accordingly, eliminating Japanese barberry will decrease the number of blacklegged ticks, which in turn will significantly reduce the risk of Lyme and other infectious diseases. Since there is no biological means of controlling barberry, management recommendations include mechanical and chemical options. For small numbers of plants, manual methods, including cutting, digging and hand pulling, must be done repeatedly and in conjunction with other treatments, such as supplemental herbicides. When pulling and digging, suspend roots above ground to ensure they dry out. Propagating plant parts should be disposed of and removed. More barberry management recommendations are available at frederick.forestryboard.org.

In order to prevent additional barberry from expanding, the Frederick County Forestry Board recommends choosing a native shrub that thrives in the same site conditions. This will help maintain wildlife habitat, reduce invasive species, protect local ecosystems and safeguard the health of ourselves and our families. Some native alternatives for barberry are dwarf fothergilla (Fothergilla gardenia), highbush blueberry (Vaccinium corymbosum), New Jersey tea (Ceanothus americanus) and Virginia sweetspire (Itea virginica).

The Frederick County Forestry Board promotes the conservation, stewardship and sustainable use of our forest resources and urban landscapes. Visit frederick.forestryboard.org for information on programs, events and resources.

A truly heinous plant. Why anyone would want this I’ll never know. I’ve found them in the woods in Urbana and Thurmont. The native bush honeysuckle (Diervilla lonicera) is another great alternative. I really wish nurseries would stop carrying this junk plant, along with English ivy, Japanese pachysandra, and burning bush.

Just guessing we can get it banned from the County? Sounds like a greater threat than latex balloons.

? Pachysandra is easy to manage. Agree this barberry is a monster!

The problem is not everyone “manages” is it.