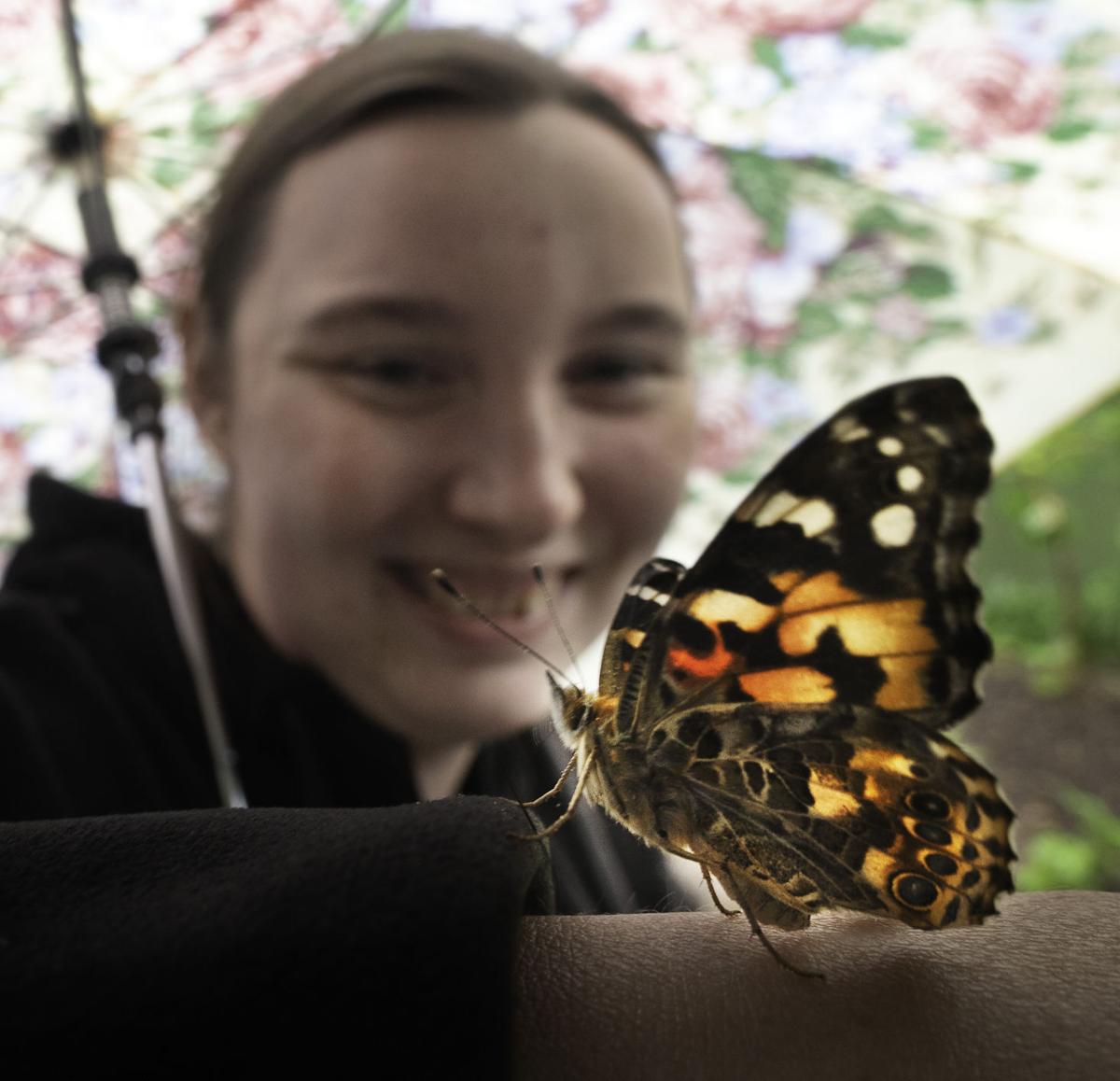 Live Painted Lady butterflies were released at the rededication of the Butterfly Garden at the Catoctin Wildlife Preserve in late May. This one rests on the arm of Emma Ford of Thurmont. 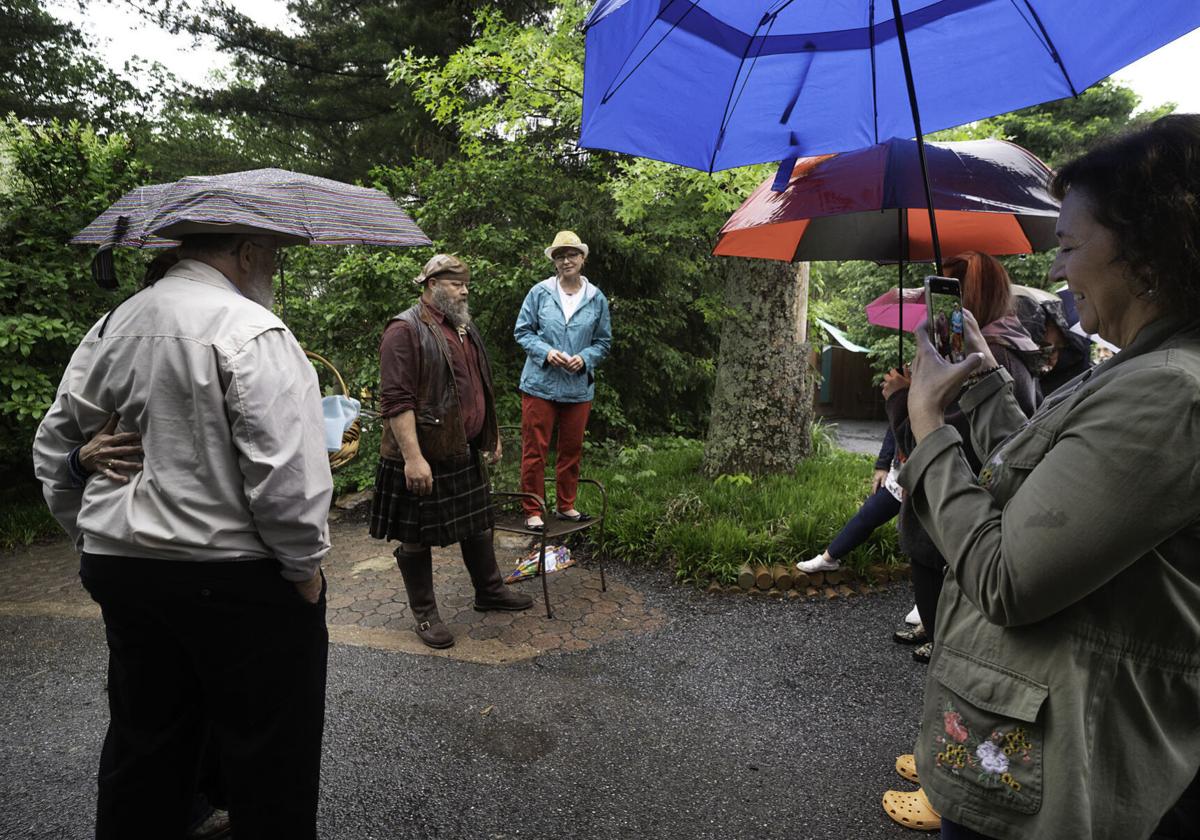 Speaking before family and friends in late May, Callan Hahn, left, and Whitney Hahn rededicated the Butterfly Garden at the Catoctin Wildlife Preserve to their late sister, former Frederick News-Post photographer Kelly Hahn Johnson, and their maternal grandmother Annie Laybourn.

Live Painted Lady butterflies were released at the rededication of the Butterfly Garden at the Catoctin Wildlife Preserve in late May. This one rests on the arm of Emma Ford of Thurmont.

Speaking before family and friends in late May, Callan Hahn, left, and Whitney Hahn rededicated the Butterfly Garden at the Catoctin Wildlife Preserve to their late sister, former Frederick News-Post photographer Kelly Hahn Johnson, and their maternal grandmother Annie Laybourn.

Many school children may typically pass neighborhood dogs or cats on their way to the bus stop. For Thurmont's Hahn family, however, the three children would greet an arctic fox, spider monkeys and alligators before reaching their bus.

Richard and Mary Anne Hahn purchased the Catoctin Wildlife Preserve in 1966 -- before any children were in the picture -- and it has been intertwined in the family since. Their house was located on the preserve’s grounds, and they built a butterfly garden roughly 15 years ago in memory of their grandmother.

The garden was recently revamped, and on May 24 the Hahns rededicated it to honor the life of their eldest daughter, Kelly Hahn Johnson, 56, who died of lymphoma in September 2020 after twice beating breast cancer.

The spruced-up butterfly garden, Kelly’s younger sister Whitney Hahn said, will include expanded walkways, native plants to attract pollinators like butterflies and bees and a wildflower meadow that she hopes will be in full bloom next spring.

“For many people, butterflies symbolize transformation,” said Whitney Hahn, who lives in Frederick.

The butterflies were symbolic of the way both Kelly Hahn Johnson and her grandmother lived their lives, Hahn said. Both saw the world through a spiritual lens, and they viewed death as a transformation or continuation of life rather than something final.

Kelly Hahn Johnson was an award-winning photojournalist during her career. She spent a decade working at The Frederick News-Post before leaving for The Roanoke Times, where she ascended the ranks to become director of photography.

She was “always looking for the next big challenge,” Whitney Hahn said.

Kelly Hahn Johnson was an avid traveler, and a trip she took to Mexico in 2003 for the seasonal monarch butterfly migration inspired the family to expand and rededicate the butterfly garden.

Following the rededication, which fell on what would have been Kelly Hahn Johnson's 57th birthday, the garden is home to 100 free-range butterflies — meaning there is no net or enclosure confining them to the garden.

Whitney Hahn said she is hoping the native plants will keep the butterflies around and make their presence at the preserve like the Hahn family's: everlasting.

Richard and Mary Anne Hahn still oversee the preserve, and their youngest child, Callan Hahn, and his wife also work there. Whitney, as founder and owner of Frederick-based marketing company Digital Bard, helps out with media and marketing.

Kelly Hahn Johnson routinely called friends just because she wanted them to remain on her phone’s frequent caller list. She loved to dance and…