You are the owner of this article.
Edit Article Add New Article
You have permission to edit this article.
Edit
Home
News
Opinion
Sports
Topics
Calendar & events
Classifieds & local
Features
Best of the Best 2020
1 of 4

Bicyclists enjoy the trails during their first visit to the Othello Regional Park Friday afternoon. The first phase of the eventual 214-acre park opened Friday morning with a virtual ribbon-cutting ceremony. The park is named in honor of a slave who was freed after the Civil War. 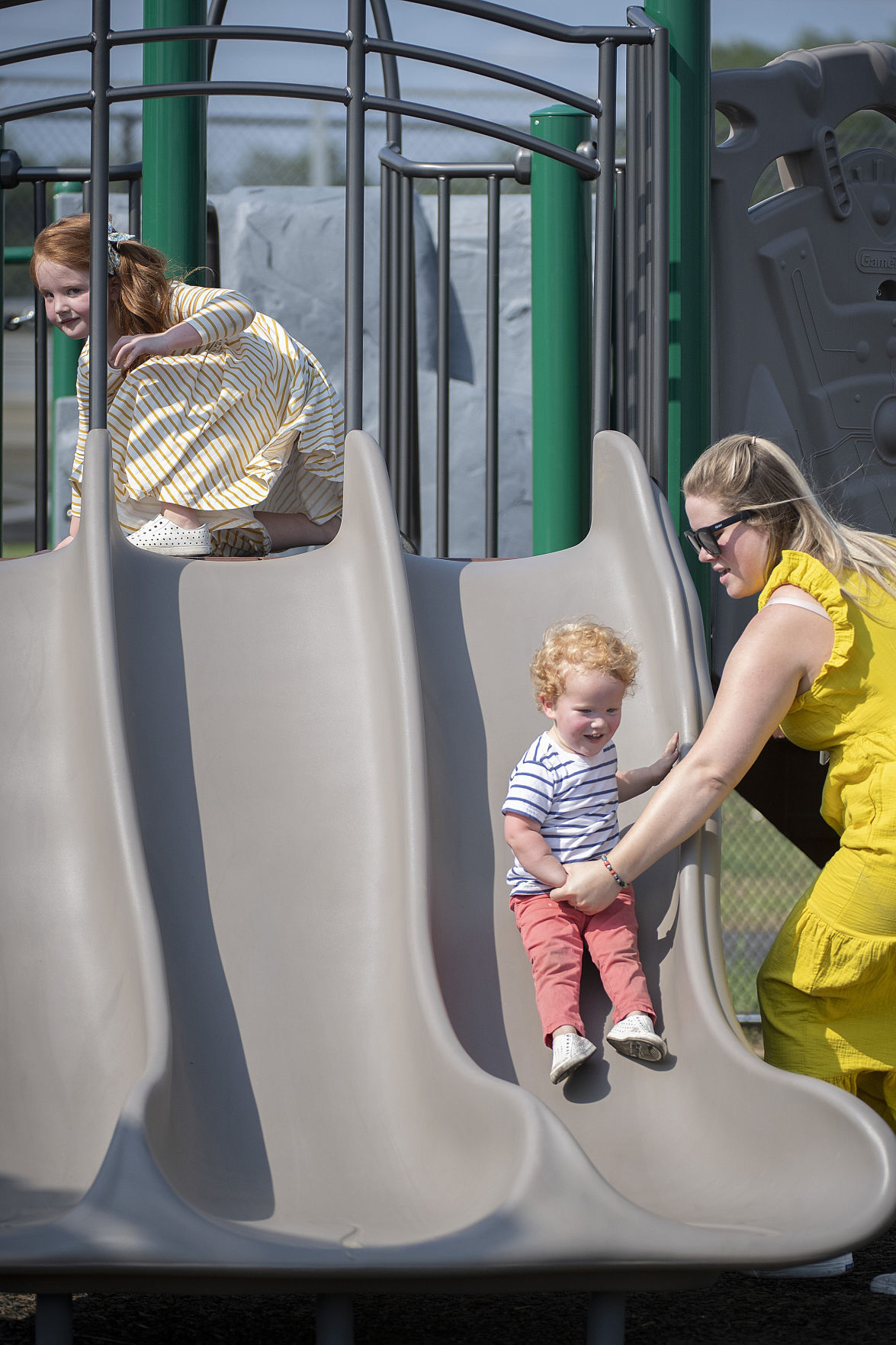 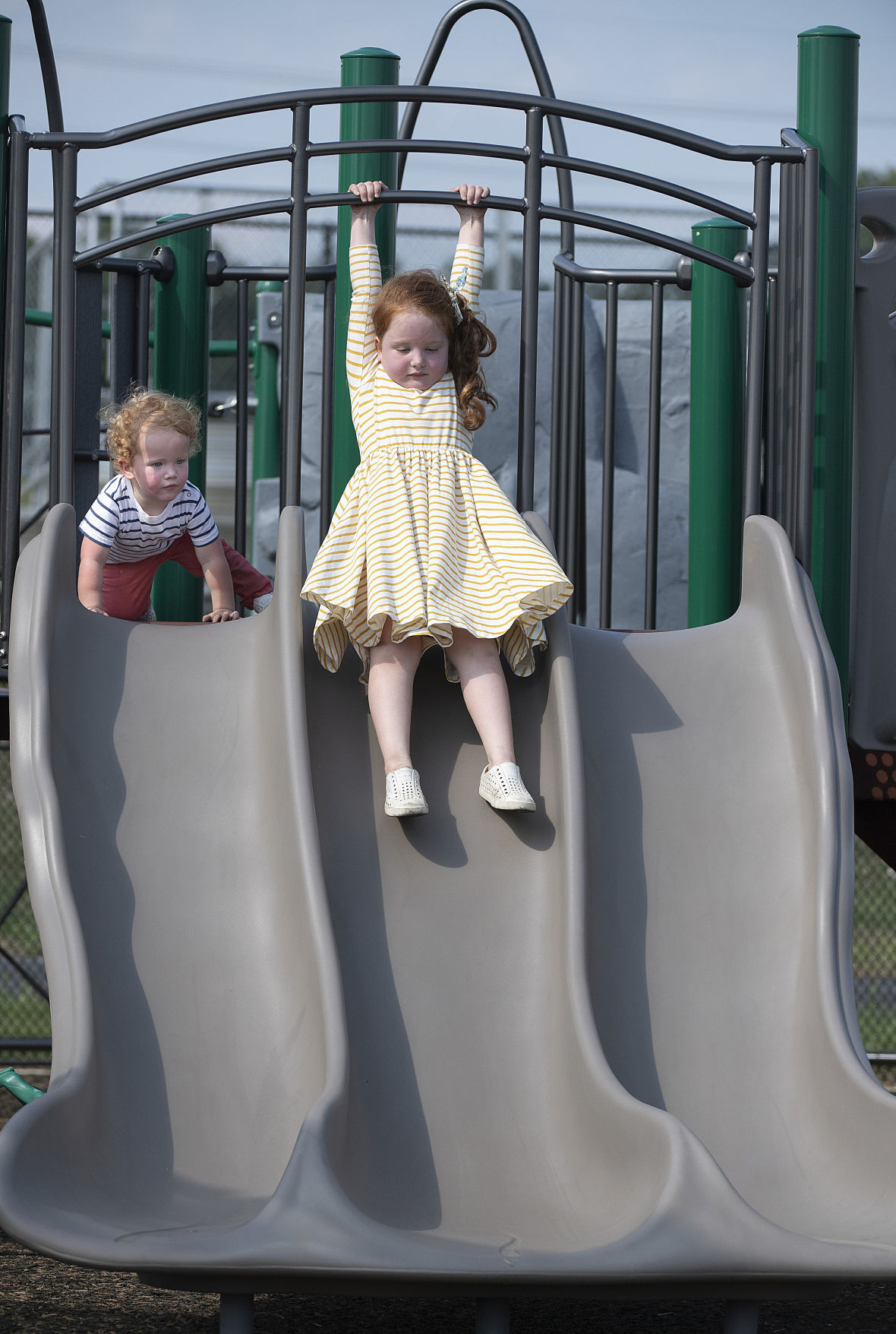 Eloise Fitzwater, 4 and her brother Lincoln joined their mother Maggie for their first visit to the Othello Regional Park playground Friday afternoon. 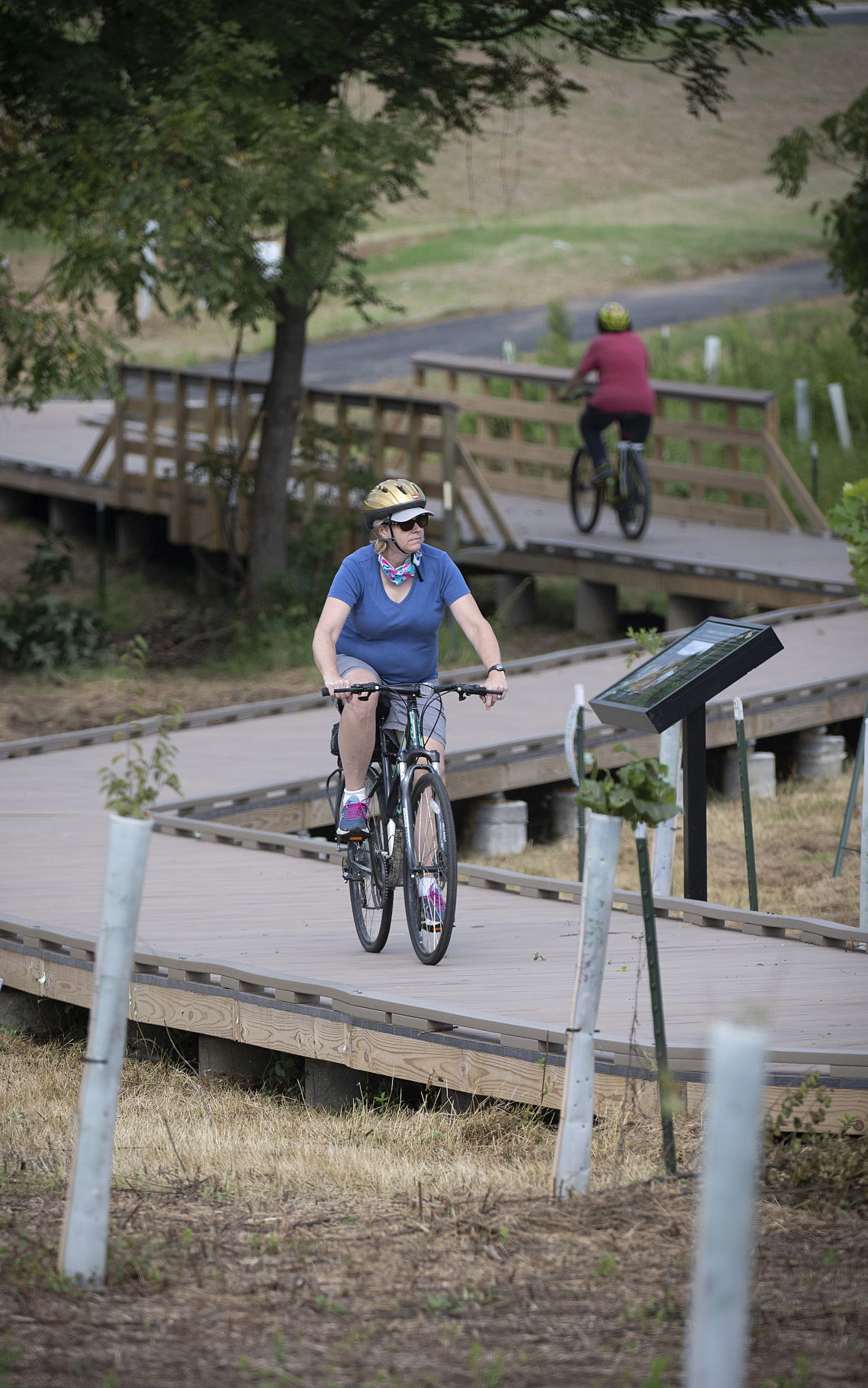 Bicyclists enjoy the trails during their first visit to the Othello Regional Park Friday afternoon. The first phase of the eventual 214-acre park opened Friday morning with a virtual ribbon-cutting ceremony. The park is named in honor of a slave who was freed after the Civil War.

Eloise Fitzwater, 4 and her brother Lincoln joined their mother Maggie for their first visit to the Othello Regional Park playground Friday afternoon.

Frederick County officially has a new park as of Friday. The first phase of Othello Regional Park opened this week after breaking ground back in September 2018.

It was a subdued opening though due to the pandemic. Instead of a traditional ribbon-cutting ceremony, the park was opened via a video released by the county featuring County Executive Jan Gardner.

“I had pictured today’s ribbon-cutting as a grand celebration with a big crowd and lots of hugs and handshakes,” Gardner said in the video.

The park is named in honor of a Black slave who became free after the Civil War. After gaining freedom, Othello changed his name to Barney Howard and purchased a five-acre plot of land for $500 on the east side of South Mountain in 1869. Othello’s great-great-granddaughter, Estella Belt, who resides just across the road from the park, said she is delighted to have watched the progress of the first phase and see it finally open.

“To know that my flesh and blood is part of it and that I am privileged to see it, I just think it’s a wonderful thing,” she said.

To honor Othello’s journey, the first phase of the park includes the Barney Howard Trail which will connect opposite sides of the park and will feature storyboards telling the life and story of Othello.

“Frederick County really cares about its history, and this is a very special piece of our history that we are acknowledging,” Gardner said during a phone call.

The park will also have other storyboards teaching about nature and telling the history of the Farmstead.

The first phase of the park just outside Brunswick and Rosemont, is approximately 50 acres and includes several sports fields, picnic shelters, parking lots, restrooms, and a large playground.

Gardner said she is very excited to have the park finally opened and said the timing couldn’t have been more perfect, during a period when outdoor spaces are being utilized at a higher rate due to the pandemic.

“I think our parks add a lot to our quality of life, and it will be a big asset to everyone who lives in that area,” Gardner said.

The first phase of the park also includes features for the equestrian community, the first county park to do so.

“The equestrian trail will be coming this fall, and it will meander through the park, weaving in and around the forested areas, the meadows and near the farmstead,” Gardner said. “This natural surface trail is a first for Frederick County Parks, and we’re very excited to extend the opportunity to our equestrian community.”

Once completed the park will encompass 214 acres and is expected to include other features such as a primitive campground, outdoor basketball and tennis courts, more playgrounds, and an event lawn, where movies and plays can be shown.

The second phase of the park’s construction is expected to begin in five years and will include a community center and additional ball fields, trails, and parking.

Belt plans to visit the park soon and hopes everyone will come out and enjoy it. She added that she is happy it opened with good weather.

“The sun is trying to peek out, and I think it’s going to be a gorgeous day, and I thank God for that,” she said.

Very informative article. Except for the fact that nowhere does it tell someone where exactly the park is located, an address, or how to get there?... “Outside of Rosemont and Brunswick” , gee that narrows it down a lot.

It would have been easy for the writer to add a link to the Parks & Recreation page: https://www.recreater.com/705/Othello-Regional-Park

Love the different concept for this park. Bravo!!!