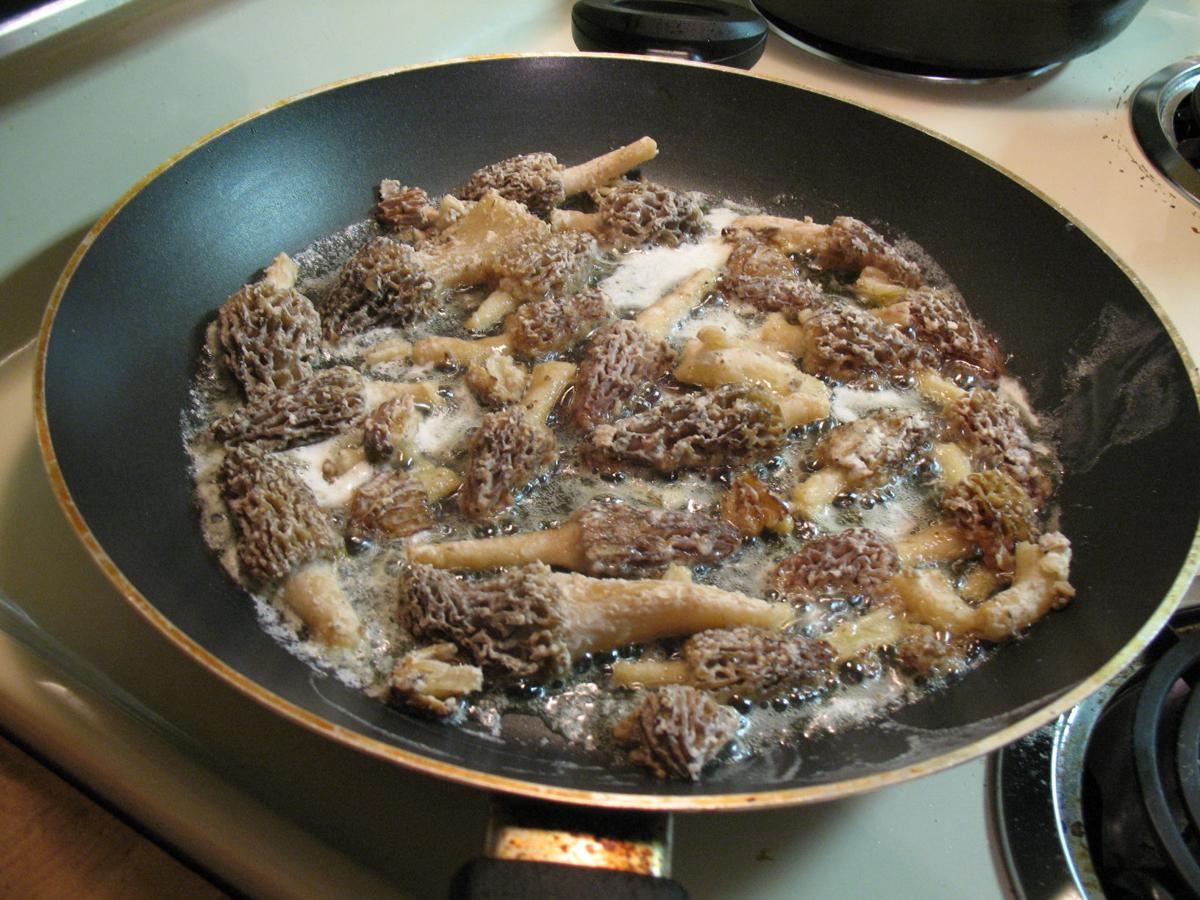 One favorite way to prepare morels is to halve them and saute in butter or olive oil. 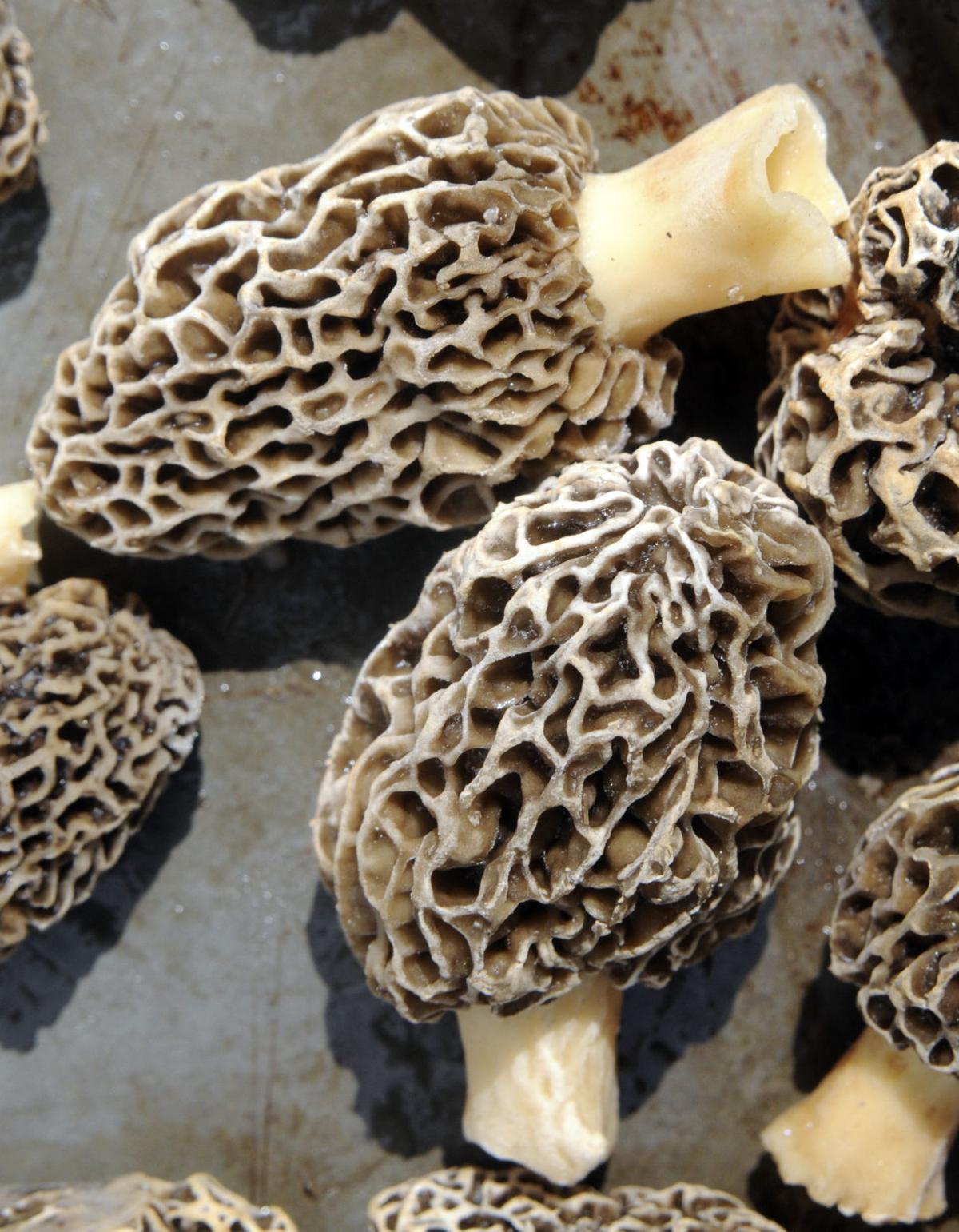 Morel mushrooms come out in the early spring, and can be found in wet areas in the Catoctin Mountains and along the C&O Canal in Frederick County. 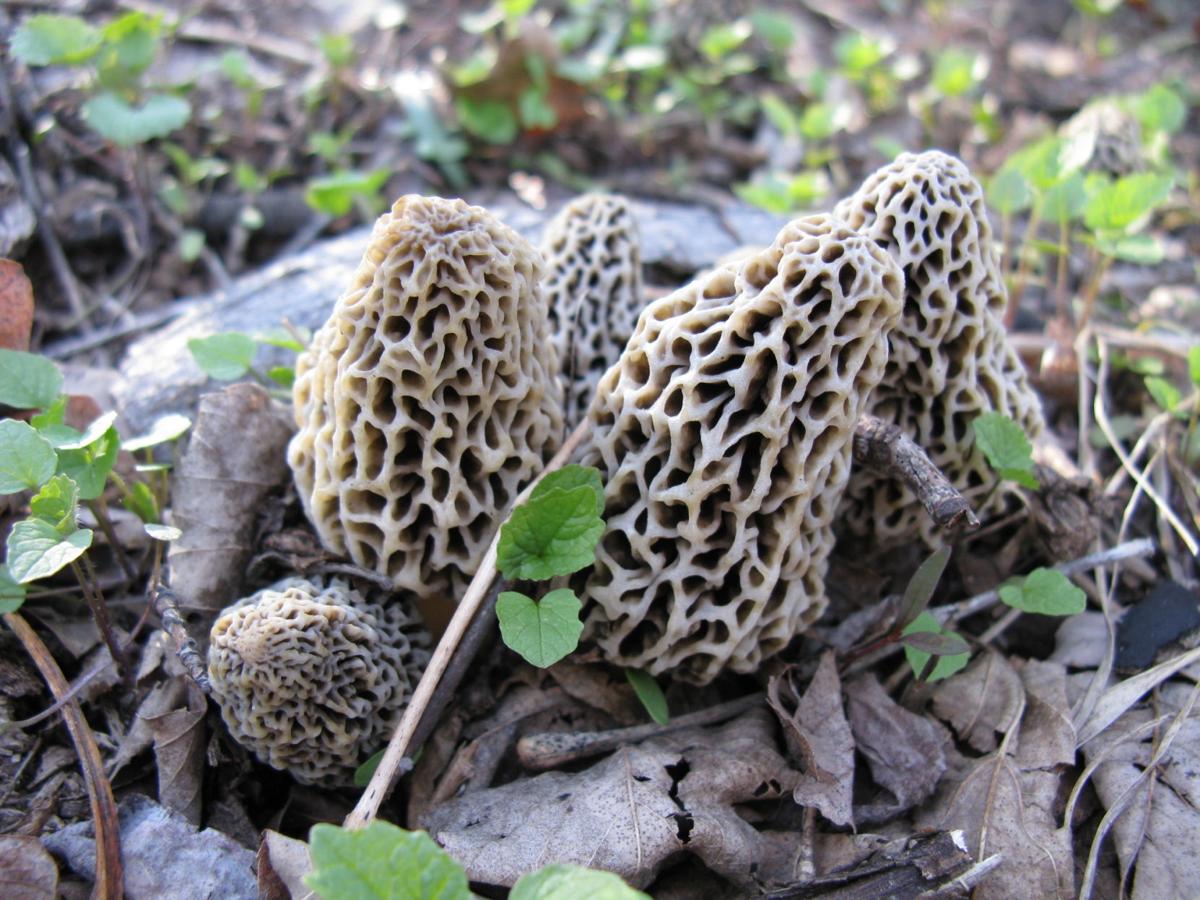 Morels growing in the wild. They are often hard to spot, but experienced morel hunters have no problems distinguishing the tasty morsels from surrounding vegetation.

One favorite way to prepare morels is to halve them and saute in butter or olive oil.

Morel mushrooms come out in the early spring, and can be found in wet areas in the Catoctin Mountains and along the C&O Canal in Frederick County.

Morels growing in the wild. They are often hard to spot, but experienced morel hunters have no problems distinguishing the tasty morsels from surrounding vegetation.

If you build it, they will come. And by come, Becky Lancosky meant a program on finding local morels.

Lancosky, a biologist with Catoctin Mountain Park, gave a presentation on the tasty mushrooms at the Thurmont Regional Library to an estimated 100 attendees in mid-February. She joked that she was hoping for an audience of 15.

The discussion was part of the Frederick County Public Libraries’ partnership with local National Parks to celebrate the National Park Service Centennial.

Lancosky started with a disclaimer that “not all things that are edible are worth eating.” She told the audience not to eat anything they don’t recognize. The consequences of a poisonous mushroom could be illness, a liver breakdown or even death.

The benefits of “hunting” morels is that they are tasty to eat and easy to identify, Lancosky said. Morels tend to come out in early spring, so finding them is a popular way to emerge from winter cabin fever. The best dates to find them are from April 15 through May 15, according to Lancosky.

“When I’m starting to hear the birds I haven’t heard all winter,” she said, that’s when she looks for morels.

Morels can be found on the ground near trees or where there used to be trees, Lancosky said. Mushroom hunters are allowed to collect up to a half gallon per day at Catoctin Mountain Park. Morels can also be found at Cunningham Falls State Park and Chesapeake & Ohio Canal National Historical Park, she said.

Morels have a sponge-like texture; a tan to black color; a height of 3 to 6 inches; a cone shaped cap with pits and ridges; no gills; and a hollow stem with no cottony material inside. The hollow stem is a key identifier, according to Lancosky. She added that you must be sure to cut it in half before eating to be sure of the hollow stem.

Mushroom hunters should cut morels at the base without damaging the underground portion, she said. Once you get them home, cut them in half and soak the morels in water.

No wild mushroom should be eaten raw, morels included, Lancosky said. She recommended people sauté them in butter for about 20 minutes, rather than trying to make a quick stir-fry.

Her personal favorite way to eat them is in an egg dish with asparagus.

The first time people eat morels they should only eat a few to make sure the digestion process is agreeable, Lancosky said. People also might want to avoid pairing them with an alcoholic beverage. The worst reaction she ever heard was an upset stomach.

While most of Lancosky’s presentation was focused on morels, she touched upon some other mushrooms that can be found locally.

Sulphur shelf mushrooms are more prevalent in the summer and fall. They are grown in wood, and have a large cluster of orange shelves and no stem. These are not to be confused with the bright orange “jack-o’-lantern” mushrooms, which Lancosky said are poisonous and have no gills.

When it comes to mushroom hunting supplies, Lancosky said people need “mostly, patience,” plus a knife and a basket or plastic bag. People also might want to bring a compass if they are unfamiliar with the area.

With all the answers Lancosky gave, she did not want to give away exactly where she has found mushrooms in the past. She did say moist areas are preferable, and the eastern part of the park tends to be dry and rocky.

“Dryness seems to be a major detriment,” she said.

Orrtanna, Pennsylvania, resident Gary Dingle attended the presentation, adding that he has been mushroom hunting for 50 years. His favorite area in Maryland is near Eylers Valley Flint Road and along Md. 550 around Sabillasville.

His favorite part of the experience is introducing it to first-timers.

“I can tell them there’s a mushroom in the area and see how long it takes them to find them,” he said.

8-15 fresh morel mushrooms (or whatever you have on hand)

If morels are freshly picked, cut them in half and soak them in double their volume of salted water for 4 hours to overnight; drain and pat dry with a towel.

Heat a wide frying pan over medium-low heat. Add mushrooms and sauté slowly for 15 minutes. Remove them from the pan. Heat the olive oil over medium-high heat, add the onion and garlic, cook, stirring occasionally, until onion is soft (about five minutes).

If the asparagus spears are not really thin (less than ½ inch) saute them in a small amount of olive oil over medium-high heat for just a couple of minutes. They should be more crisp than tender. Remove from pan. Thin spears do not need to be pre-cooked.

Beat eggs lightly with pepper, basil, oregano. Stir in cheese and cooled onion and garlic mixture. Pour into a lightly greased 9 inch pie pan. Space asparagus spears and mushrooms evenly over the top of egg mixture. Bake in a 350 degree oven for 25 to 30 minutes, or until puffed and brown. Serve hot or at room temperature. Makes four to six servings.

It would be nice to know if any Frederick restaurants serve these mushrooms. That would suite many.