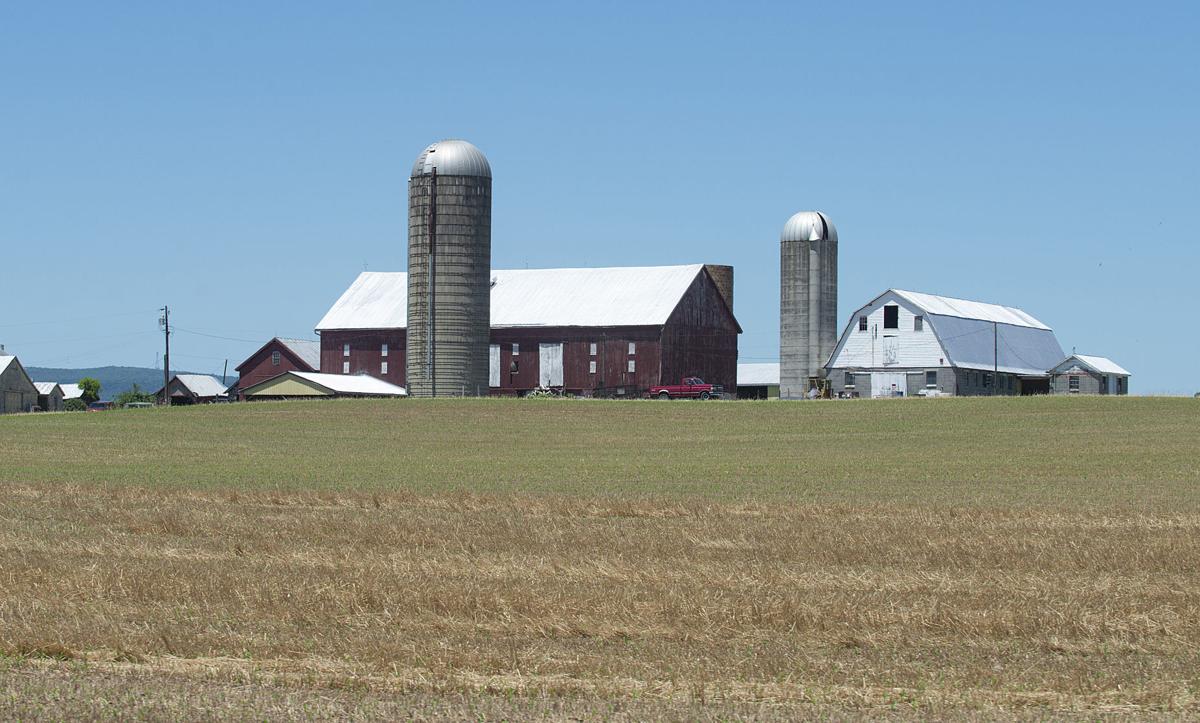 Developers are attempting to rezone 150 acres of agricultural land to place a large solar array on this farm in the 8300 block of Biggs Ford Road near Dublin Road near Walkersville. 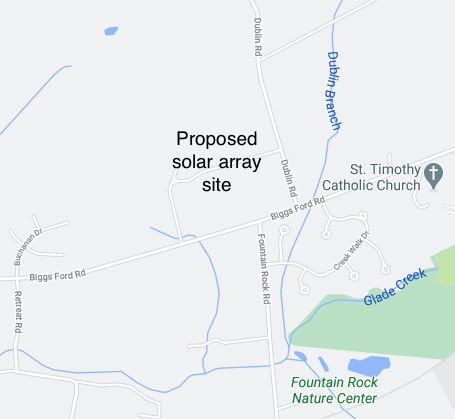 A solar array is approved to be built on 100 acres of farmland off Biggs Ford Road near Walkersville.

Developers are attempting to rezone 150 acres of agricultural land to place a large solar array on this farm in the 8300 block of Biggs Ford Road near Dublin Road near Walkersville.

A solar array is approved to be built on 100 acres of farmland off Biggs Ford Road near Walkersville.

The state's administrative agency that regulates public utilities recently ruled a solar array can be built on roughly 100 acres of farmland off Biggs Ford Road near Walkersville.

Public Utility Law Judge Ryan McLean of the Maryland Public Service Commission (PSC) issued an order in late August, stating a Certificate of Public Convenience and Necessity (CPCN) can be issued to the applicant, Biggs Ford LLC, to build the array. 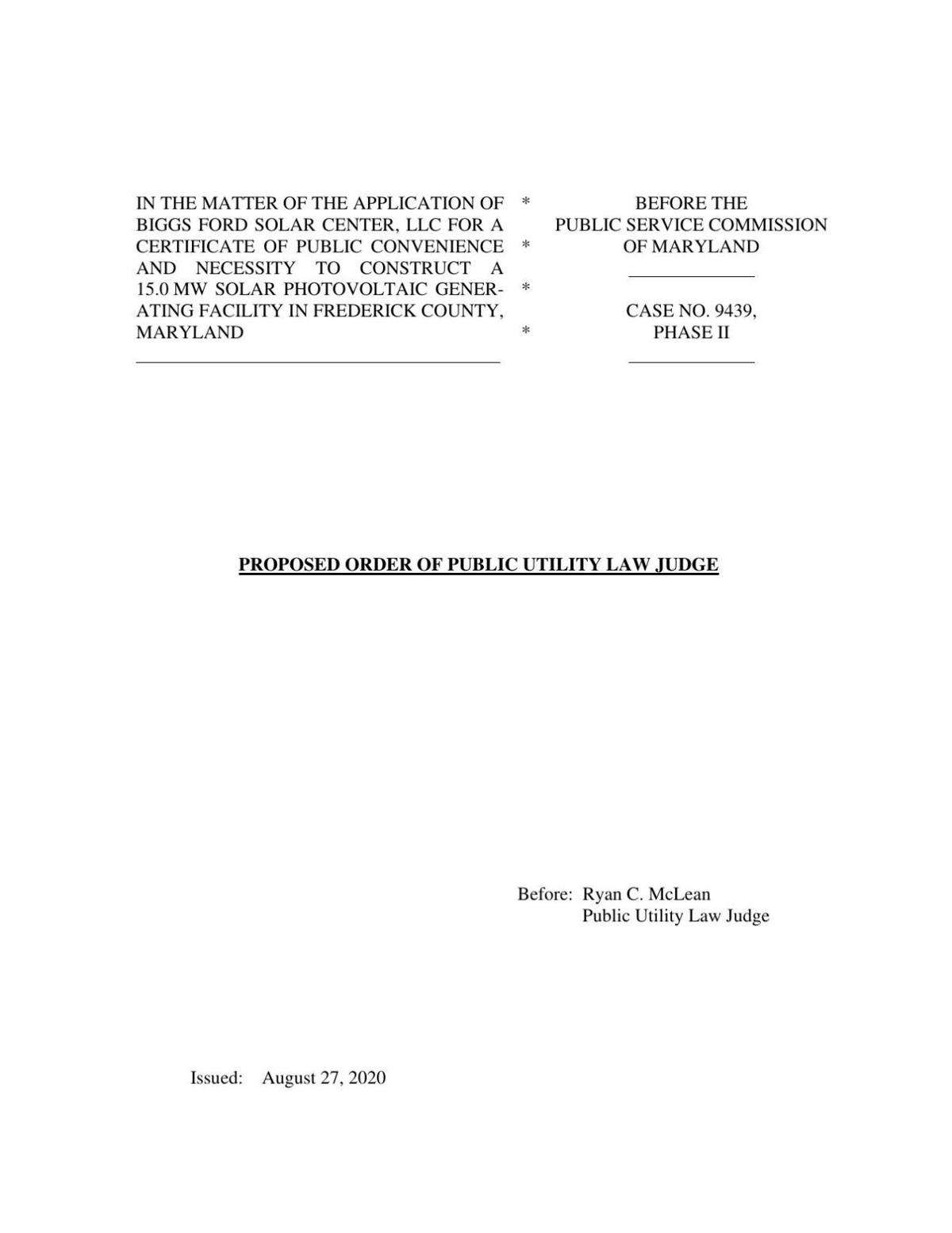 Wendy Kearney, a senior assistant county attorney who has worked on the case, said it's "likely" county officials will appeal the decision. If so, a five-member panel would review McLean's opinion, led by PSC Chairman Jason Stanek.

In his advisory opinion, McLean cited that the applicant decreased the size of the solar array from about 135 to 100 acres, along with the increasing the landscape buffer to around the entire project, from 3,800 to 12,000 linear feet, as signs officials were working to resolve county issues.

County Council President M.C. Keegan-Ayer (D) is working on an update to the county's solar ordinance with members of the county's agricultural community and other partners. She helped write the current ordinance, which placed the following restrictions on proposed solar arrays:

Keegan-Ayer said McLean's opinion is more like taking a "hammer" to address the issue of finding sites for solar arrays and meeting the state's renewable energy goals, versus using a "scalpel" like county officials are trying to operate with drafting the solar ordinances.

"This is a piece of prime farmland that is recognized by everyone and including people who sit on the governor’s solar task force … that is land everyone wants to protect," Keegan-Ayer said.

Kearney agreed, and said she was surprised at McLean's ruling since six state secretaries signed a letter opposing the awarding of a CPCN. That letter, dated Sept. 11 2019, was signed by:

Kearney said she also disagreed with McLean's statement that the county could easily find other areas of farmland to preserve to meet its goal of preserving 100,000 acres.

"There is more to the 100,000-acre goal than just acreage of land. Frederick County is trying to preserve blocks of the best agriculture land and the best soils so that agriculture remains viable in the county," Kearney wrote. "All acreage is not the same. The County’s priority is to focus solar on land that is not our most productive farmland, which is an important balancing factor."

Neighbors who live near the proposed array have opposed the project in multiple hearings since it was introduced. That includes Thomas and Cheryl Lamb, who live on Grossnickle Court north of the 150-acre plot of land.
The Lambs said they're concerned about the environmental impact of the solar array, and that it would impact their view of rolling farmland off the south of their property. They're also concerned their home's value would decrease.
"I believe that farmland should be for agriculture and food," Cheryl said, noting conversations she's had with her son-in-law, who is a farmer in the Lake Linganore area.
A few residents who live next to the farm on Buchanan Drive said while it wasn't ideal, a solar array was better than more homes being built on the farmland.
"I prefer a farm, but if I have to look out off my deck, I would rather see solar panels than townhouses," said Donald Friend, who's lived at his home for nearly four decades.
Allison Duffy lives across the street from Friend. She said as long as the solar panels and surrounding buffer and land are kept "neat and tidy," she doesn't mind. She added she's seen similar solar arrays near Lancaster, Pennsylvania, and those weren't "hideous or terrible looking."
"It's still going to be quite even if it's a solar field," Duffy said. "If people want to sell the farm, I guess it's not my vote."
County officials have until Sept. 27 to appeal McLean's decision, according to his opinion. The five-member panel could also choose to review the decision on its own.

The years-long case involving a proposed solar array near Walkersville has taken yet another twist, as Frederick County has appealed the Maryl…

Well, if we are to combat "climate change", this tiny solar farm won't get it done. Solar and wind will require every bit of available land mass to produce enough energy to meet our energy needs.

The County wants large solar projects to be located in the right place which is not in priority preservation areas. Better to locate these solar projects on brown fields, existing large rooftops, and land with unproductive farm soils. All locations are not equal.

I'm confused. I thought the council has declared a climate emergency and yet they want to stop a clean energy project?

Exactly. The County is on the wrong side of this one.

Apparently the County's "climate emergency" is an emergency of convenience.

Always got to be the ones who have to appeal everything....windmills not liked too far off shore....solar arrays now....come on...it sounds like the county and state are run by those who think that wind power slows the earth's spin and that solar uses up the sun's energy. Enough waste of taxpayer funds in this ridiculous appeal. Get on with it and build it already.