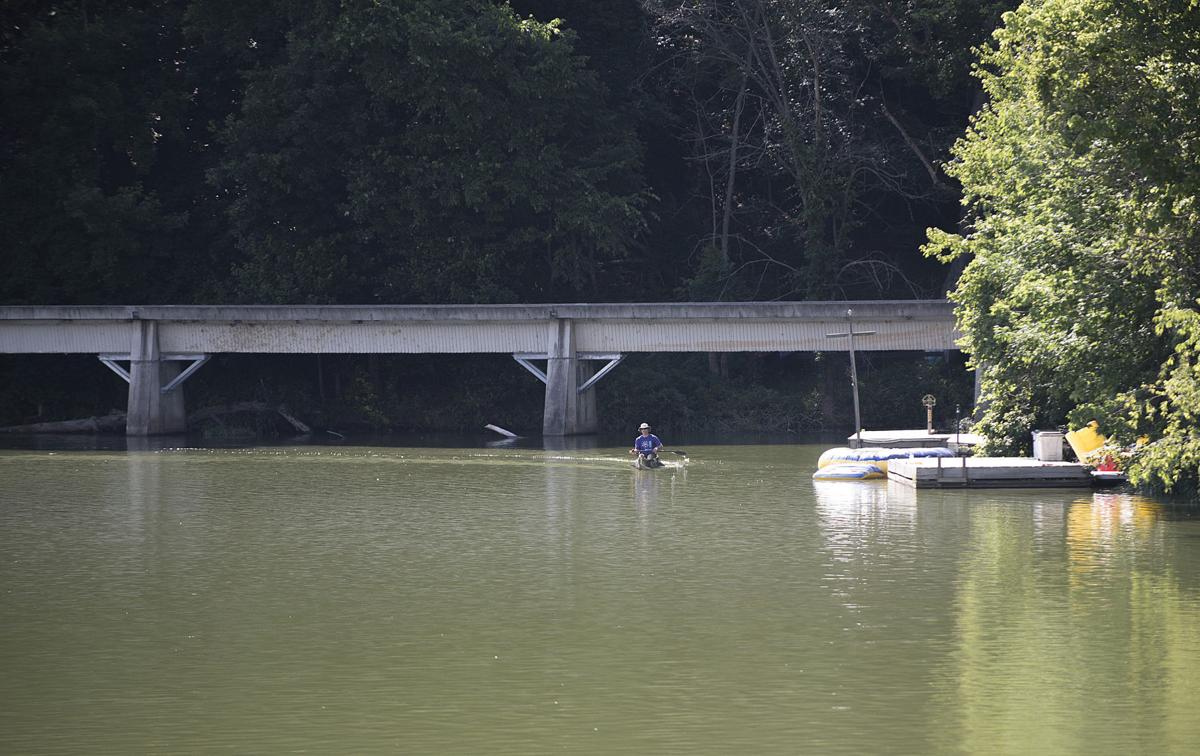 A lone kayaker paddles a section of Lake Linganore near the Boyers Mill Road bridge, where plans call for dredging the silt. 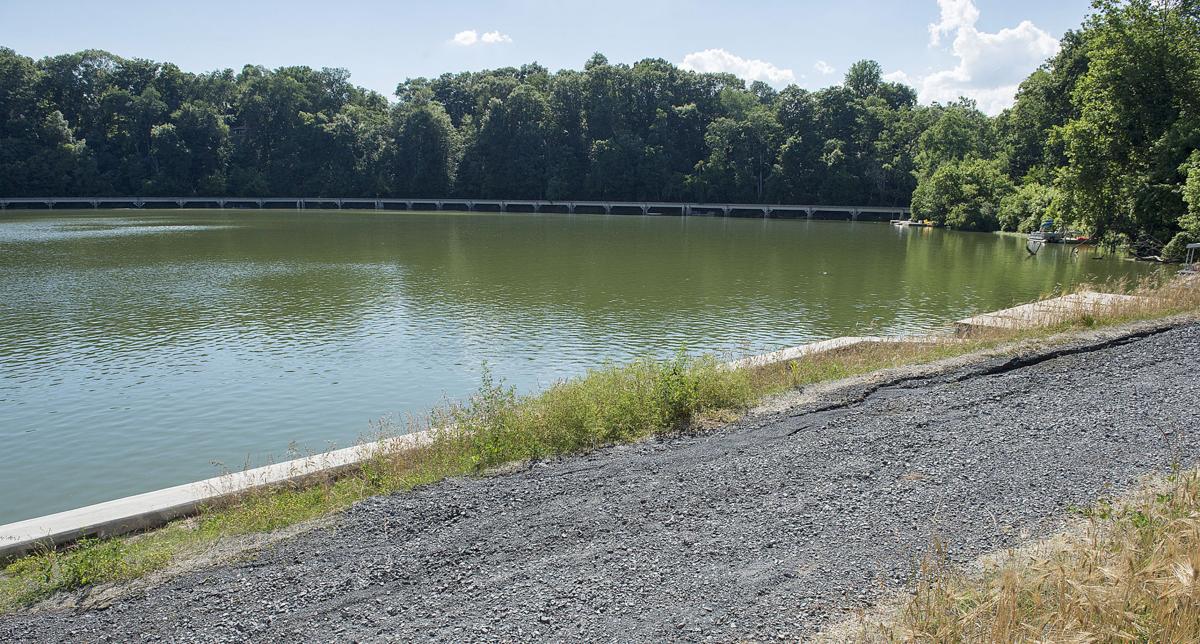 A section of Lake Linganore near the Boyers Mill Road bridge, where plans call for dredging the silt on the lake’s bottom.

A lone kayaker paddles a section of Lake Linganore near the Boyers Mill Road bridge, where plans call for dredging the silt.

A section of Lake Linganore near the Boyers Mill Road bridge, where plans call for dredging the silt on the lake’s bottom.

The city, county and Lake Linganore Association — the homeowners association for the neighborhood that surrounds the lake — have a water supply agreement, which includes a $15 million dredging project to remove 350,000 cubic yards of sediment from the upper reaches of the lake.

The city pulls a majority of its water from Linganore Creek and the county uses the lake as an emergency water source.

Algae expert Kevin Sellner sent an email to the county and city at the end of last week to recommend increased monitoring of the lake during the dredging process because it could release phosphorus in the sediment and promote growth of cyanobacteria known to be in the lake.

Warm summer temperatures are generally optimal for cyanobacteria to grow. Cyanobacteria can produce a heavy green scum on the water's surface, or a few feet deeper in the lake, and occasionally release toxins into the water, Sellner said.

Sellner holds a doctorate in oceanography from Dalhousie University in Halifax, Nova Scotia, and worked locally and internationally with bacteria and algae. He spent 14 years as the director of the Chesapeake Research Consortium before he retired in 2014 and moved to Frederick.

He has worked on dredging projects in South Carolina and near Poplar Island in the Chesapeake Bay. He currently serves on a state task force monitoring harmful algae and is a senior scholar at Hood College’s Center for Coastal and Watershed Studies.

"When phosphorus can come into a system, that has low phosphorus, it can stimulate many types of algae and cyanobacteria," Sellner said.

Lake Linganore does not currently have any scum on its surface, but it does have an abundance of cyanobacteria in the water, Sellner said. A team from Hood College visits the lake once a month to monitor the water.

The county and city also monitor the lake's water, said Michael Marschner, the county's special projects manager in the Office of the County Executive. Both governments have monitored various parameters in the lake over the past two decades.

The phosphorus that could be released during the dredging may stimulate the growth of the cyanobacteria, because they are currently very abundant, Sellner said. Several species of cyanobacteria are toxin producers, but at low concentrations, are not problematic to human or domestic animal health, he said.

Sellner suggested the county monitor the level of the toxins a few weeks before and during the dredging so it can make better decisions about recreational and domestic animal exposure and alert the drinking water plants if the toxin levels did increase, he said.

Marschner confirmed that he received Sellner's email late last week and sent it to Kevin Demosky, director of the county Department of Utilities and Solid Waste Management. The department has a laboratory where it completes its own testing.

At this time, the county does not plan to increase its own monthly monitoring.

Frederick County has an intergovernmental agreement with the Maryland Environmental Service for the dredging project, Marschner said. The service provides monitoring and will secure a company to do the dredging.

“Algae monitoring is not new for us,” said Heather Epkins, a spokeswoman for the Maryland Environmental Service.

If there were additional concerns at a site, the service could also monitor for those sources, she said. A request for proposals will be released this summer for the project contractor.

But this is not the first time that cyanobacteria has been a problem in Frederick County.

A cold-water species of cyanobacteria produced a pink scum beneath the ice of Fountain Rock Quarry in 2016 and in Lake Anita Louise. That strain releases microcystin, a toxin that can harm human and animal livers if swallowed.

Sellner and Bob Foote treated Lake Anita Louise with peroxide on Dec. 4, 2016, to knock down the number of cyanobacteria. Last winter, there was no bloom and no toxins detected that would be significant to human health.

There are four toxins of particular concern for Sellner, though, the college has only had the resources to test for microcystin so far.

"The city has a keen interest that the water that's let down from the lake is the best quality," Marschner said.

Despite the assurance that there is currently no algae blooms present, that simply isn't true. There is a thick and persistent bloom right behind my house. The main channels of the lake appear to be fine, but in some of the side inlets, such as ours, that isn't the case. We've lived here for 5 years and there's been algae blooms each spring/summer. They might want to look again.

2 lakes in Montgomery County hydraulically dredged in last couple of years with no resultant alge problem. Same thing in Howard County. I don't have a PhD but I believe this is a mislaid fear.

to the folks who drink this water, you have nothing to fear , liar liar pants on fire marschner is in charge and he will surely tell you all is well just like he told everyone that the incinerator debt would be paid for by "Elmo" and the taxpayers were not on the hook ...sad state of affairs that he is still collecting two paychecks from the citizen taxpayers of Frederick County