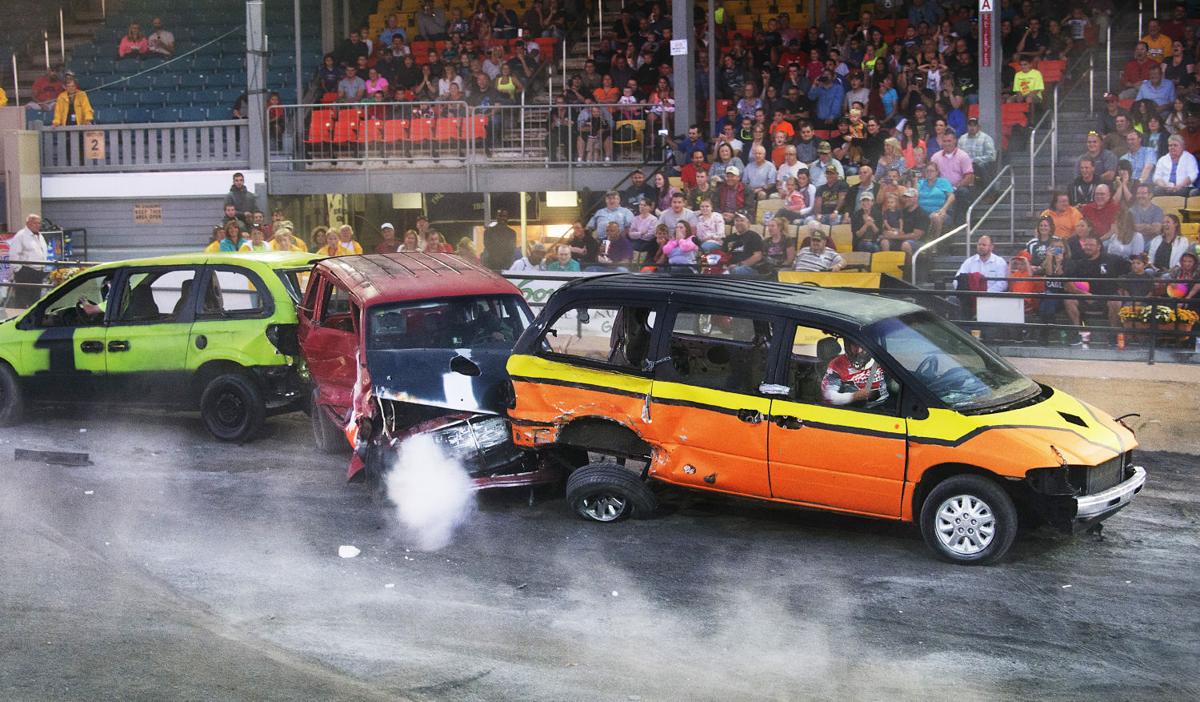 Dwayne Clark, of Middletown, backs his 1995 Chrysler Grand Vogager minivan, right, into another minivan Wednesday evening in the first demolition derby at The Great Frederick Fair to feature minivans. 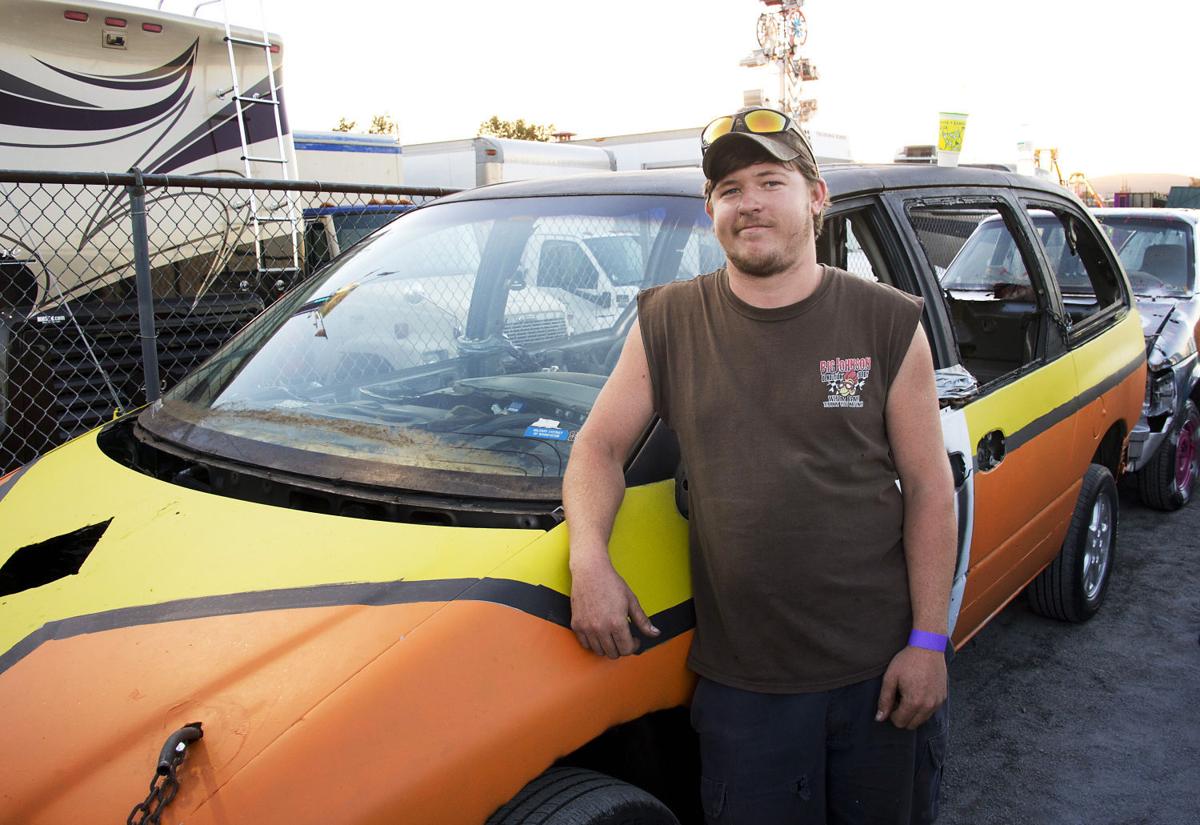 Dwayne Clark, of Middletown, poses with his 1995 Chrysler Grand Vogager minivan Wednesday evening just before participating in the first demolition derby at The Great Frederick Fair to feature minivans.

Dwayne Clark, of Middletown, backs his 1995 Chrysler Grand Vogager minivan, right, into another minivan Wednesday evening in the first demolition derby at The Great Frederick Fair to feature minivans.

Dwayne Clark, of Middletown, poses with his 1995 Chrysler Grand Vogager minivan Wednesday evening just before participating in the first demolition derby at The Great Frederick Fair to feature minivans.

The Great Frederick Fair’s demolition derby has been something of a Clark family tradition since Myersville resident Dick Clark began smashing vehicles in the early 1960s.

“I just like being able to play motorized bumper cars,” he said “You can’t do this anywhere else.”

Clark was one of the winners in the first heat. But Frederick’s Jason Bussard won the overall competition, beating out seven other drivers when flames engulfed the hood of the last remaining challenger’s van.

Dwayne Clark’s father, cousin and uncle have also participated in the derby. His cousin, Shane Clark, drove in his first event Tuesday night.

The family gets together each year to prepare cars for the derby, Dwayne Clark said, which is a good chance to bond and reconnect.

“It’s like a family project,” Dwayne Clark said. “Ain’t nothing like going out there and ripping apart some cars.”

“It does present a different kind of derby, actually,” he said. “It’s just a different take on the whole situation. ... They seem to hold up a little better and last a little longer than a lot of cars.”

The category sparked curiosity in some spectators.

Tom Nyswaner, of Middletown, has been coming to The Great Frederick Fair’s derby for several years, he said, but he said he wanted to see the truck and van competition because it was new this year.

Joe Hill, of Mount Airy, and his 5-year-old son, Collin Hill, were in attendance for Tuesday’s car derby as well as Wednesday’s van and truck competition.

Hill said his brothers had talked about driving in the derby, but he had no plans to do so.

“That’s just not for me,” he said with a smile.

Collin said he was a fan of the crashes, of which there were many. The crowd burst into cheers during the first heat when a van rammed another, forcing it up on its hood as another van knocked down a concrete barrier.

Another crash in the third heat caused a plume of white smoke to spew out of a van’s engine, which mingled with exhaust and smoke from other vehicles to cover the grandstand in a thick cloud.

In the fourth heat, a green blazer rolled over, eliciting more cheers and momentarily stopped the match.

That kind of action, Rudolph said, it was gets fans into the stands.

“It’s a show like any other show. Just getting the enjoyment out watching people smash automobiles,” he said. “I don’t know why, but people people seem to enjoy watching 10 people at a time totally destroying automobiles.”