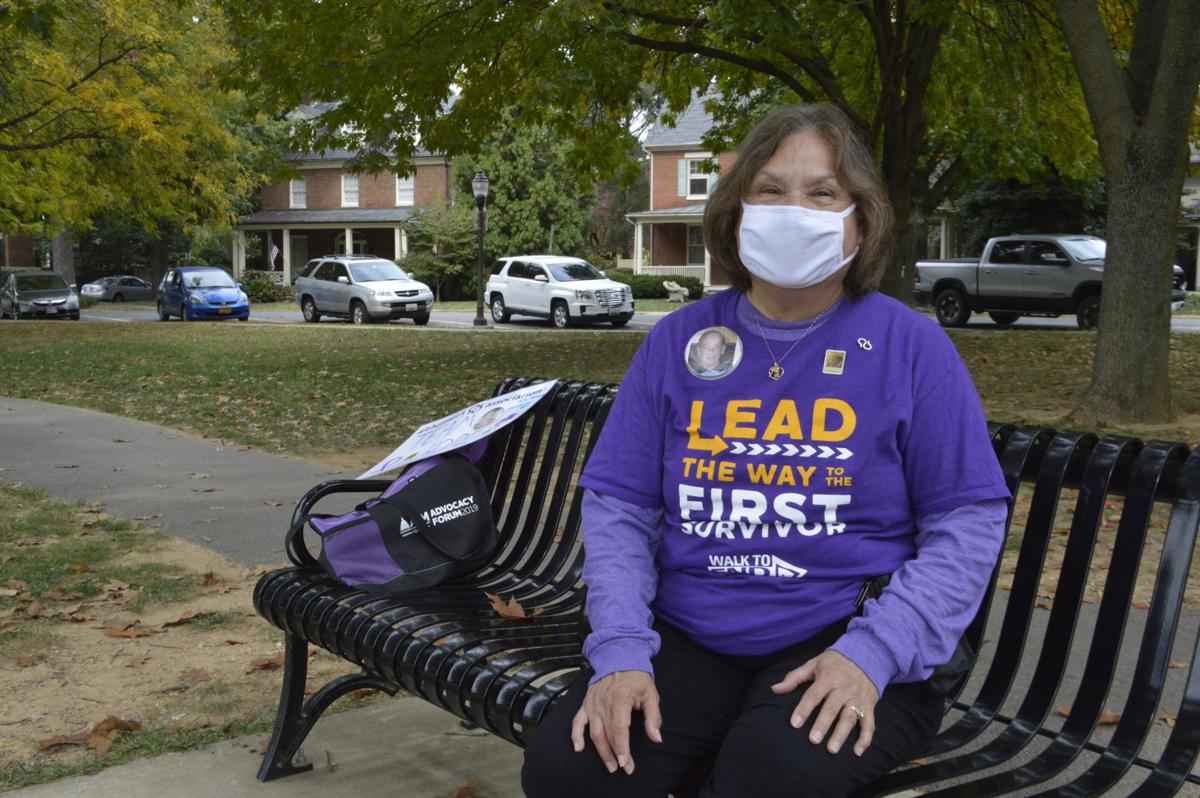 Kathy Siggins at Baker Park Sunday to complete the 2020 Walk to End Alzheimer’s with members of her family. 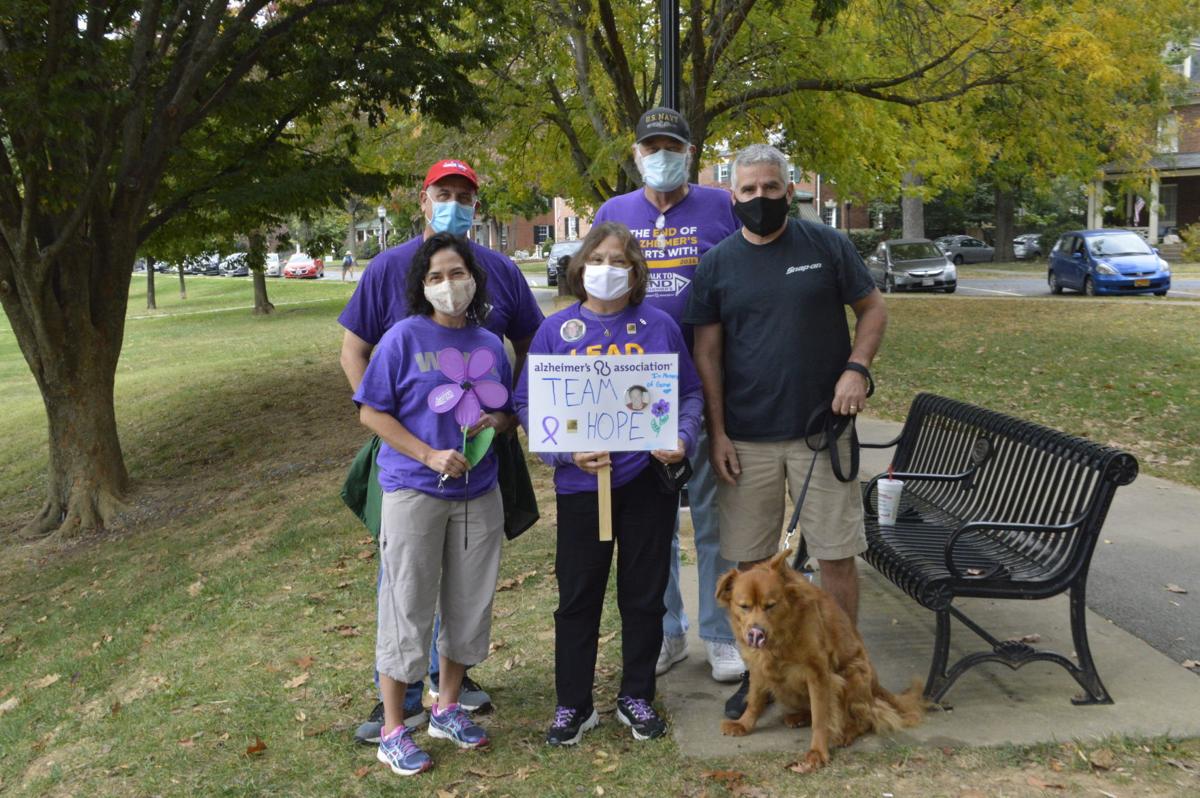 Kathy Siggins at Baker Park Sunday to complete the 2020 Walk to End Alzheimer’s with members of her family.

Kathy Siggins is no stranger to the Walk to End Alzheimer’s. Her team, known as Team HOPE, took part for its 27th year on Sunday.

While the walk looked different — the Alzheimer’s Association provided materials online and encouraged small teams of friends and family to walk in their own communities rather than holding large in-person gatherings — Siggins was still glad to raise funds and awareness while walking in memory of her late husband, Gene.

“When Gene was sick, there wasn’t a lot of help out there for the families,” Siggins said. “We had one support group and there wasn’t anything for him, who had the disease … I started the team with a friend in my support group. In 1994, we started walking.”

And when her friend moved, Siggins continued with the team.

“The walk is the largest fundraising event that the association does,” she said. “And one of the things that sets apart the Alzheimer’s Association with other Alzheimer’s organizations is the fact that they have chapters, local chapters. And that’s where the families turn to when they get the diagnosis.”

Hundreds gather at Nymeo Field for Walk To End Alzheimer’s

Money raised through the walk helps the association provide services and fund research.

The walk is also a time to reflect on Gene’s life, Siggins said. She hopes research will provide a better future for her children and grandchildren.

This year, Siggins has raised over $5,000 and donations will be accepted through the end of the year.

Outside of the walk, Siggins also worked with Lynda Everman to bring the Alzheimer’s postal stamp to fruition.

Siggins began her effort to get the stamp to raise research funds after her husband Gene died in 1999. And in 2017, after years of work, the stamp finally launched.

But the stamp was only authorized to circulate for two years as part of the Discretionary Semipostal Stamp Program, so the fight continued to both extend the time and to prevent the remaining stamps from being destroyed. And in 2019, legislation was passed in Congress, due in part to Sen. Chris Van Hollen and late Rep. Elijah Cummings, to extend the stamp’s circulation until all supplies were sold.

Even then, there were other issues but at long last, sale of the stamp resumed on Oct. 5 of this year.

For now, the stamp will be available until late 2027 because the program is still a 10 year program.

In the two years it circulated prior to Oct. 5, over 8.2 million stamps were sold and over $1 million was raised for Alzheimer’s disease research.

“We want to sell everything and I said but if we don’t, they’re going to hear from us again,” Siggins said.

Money from the stamp, she said, is like found money.

“The stamp gives everybody the opportunity to contribute directly to Alzheimer’s research,” she said. “Those pennies add up.”

Siggins said she’s grateful to all the people who support the walk and everyone who has supported her through all these years.

“I’ve met a lot of people, you know, and while I may not be able to remember their names, I do remember the stories.”