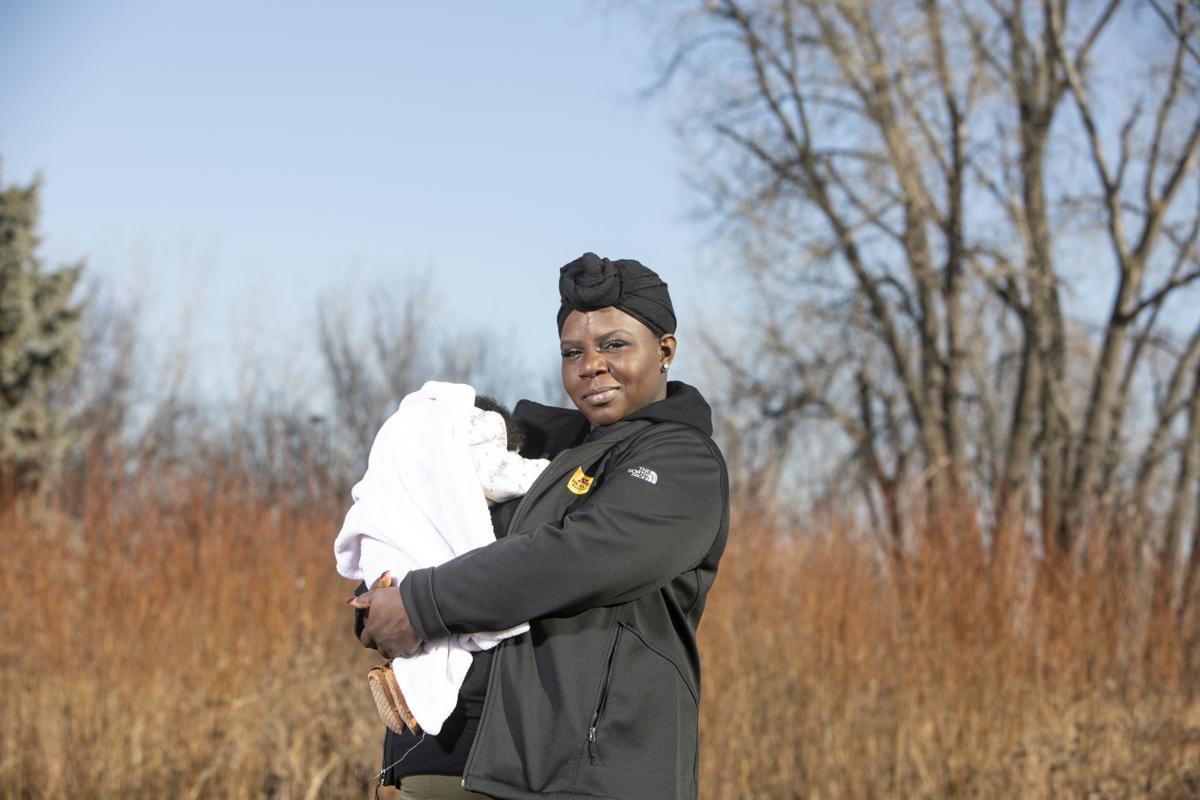 LaToya Morris says the doula who supported her in giving birth to her daughter “made me feel like I was going to be OK.” 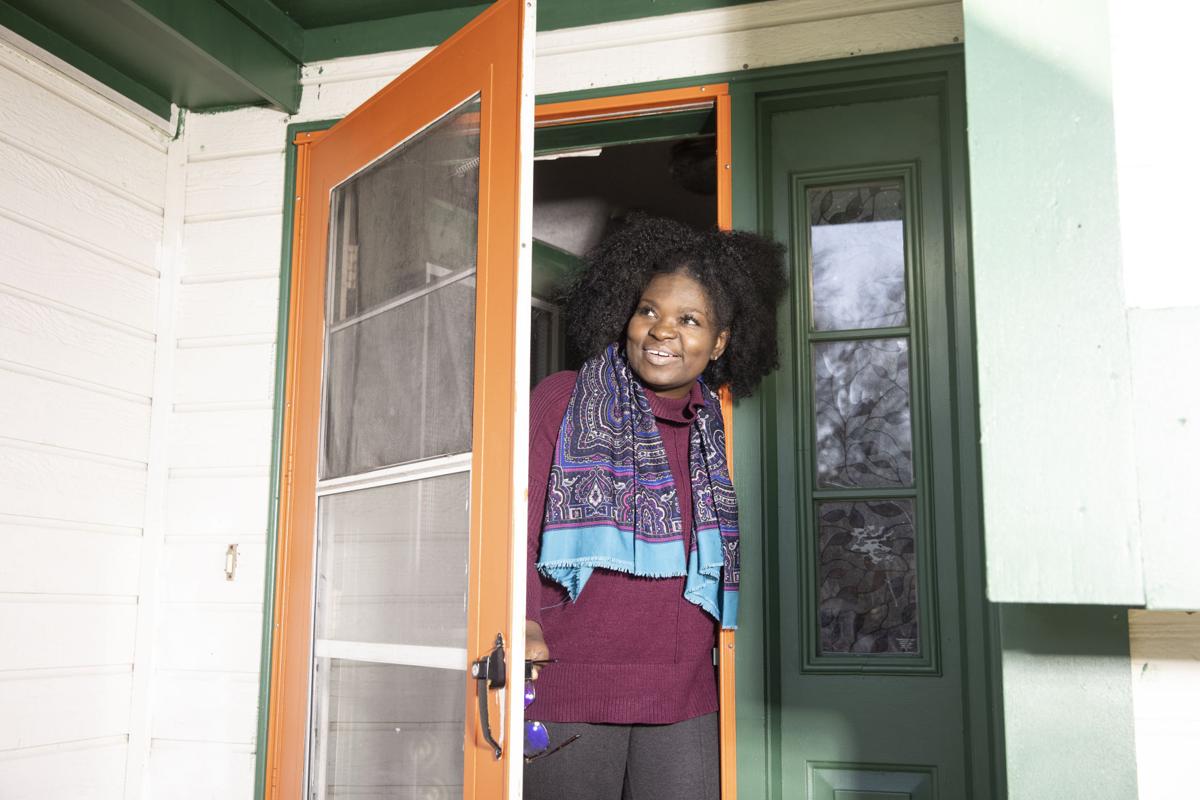 Yaa Nti, a doula, works in the Twin Cities in Minnesota, one of four states that offer doula care through Medicaid. 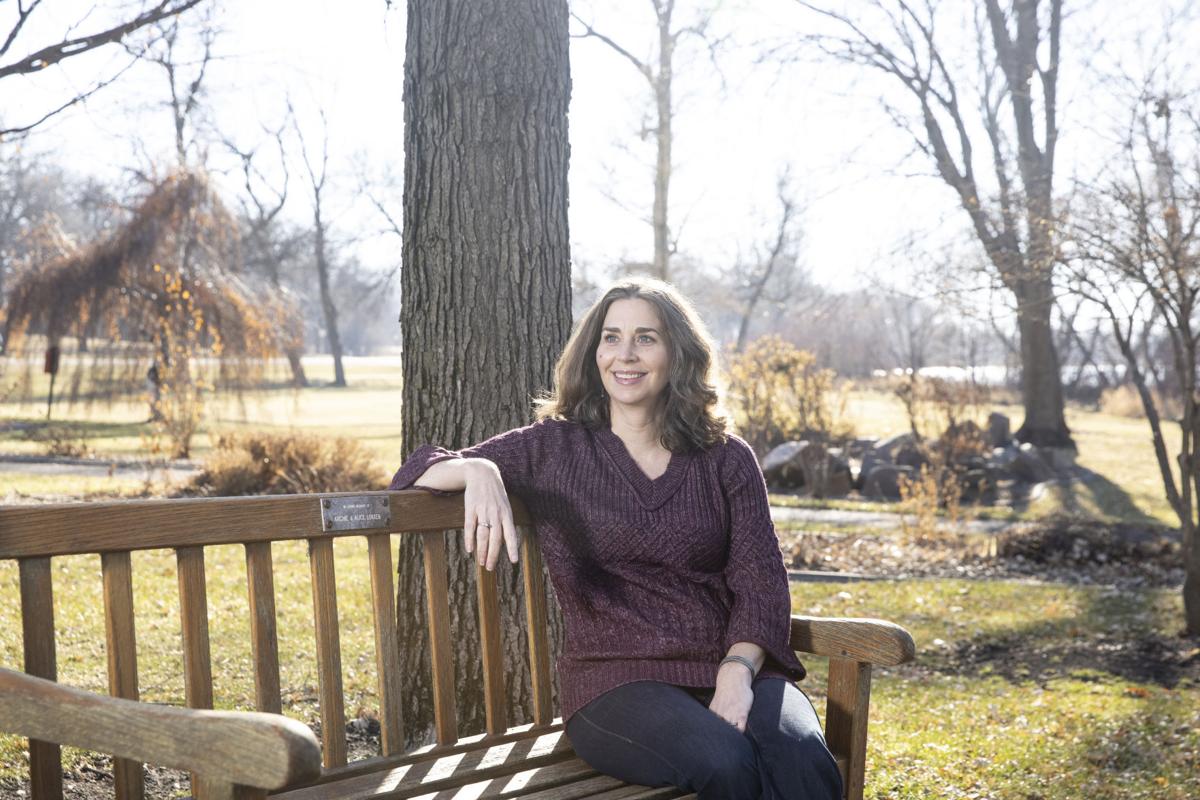 LaToya Morris says the doula who supported her in giving birth to her daughter “made me feel like I was going to be OK.”

Yaa Nti, a doula, works in the Twin Cities in Minnesota, one of four states that offer doula care through Medicaid.

Last year, as she neared 35, Morris constantly worried about experiencing a miscarriage or stillbirth.

“Every day was a struggle for me,” Morris said. “I was scared that I was going to lose my baby.”

Although Morris had a strong support system, she didn’t want to “burden” friends and family with her fears. Almost seven months into her pregnancy, Morris’s coworker connected her to a birth doula. The doula, Mary Norby, gave Morris someone to confide in, which calmed her.

Morris’ doctors considered her pregnancy high-risk, so they planned to induce labor on Sept. 7. That day, Norby drove Morris and her mother to the hospital.

Hours passed. Although Morris’ water broke, her cervix wasn’t dilating. Confined to her room due to coronavirus safety precautions, Morris couldn’t take walks down the hall with her doula, which might have helped. But when her back and feet hurt, Norby offered a massage. In her role as a doula, Norby brought a sense of comfort and relaxation to the room, Morris said.

After three days, doctors presented Morris with two options: wait to see if the baby would come out vaginally or undergo a Caesarean section. With input from her mother, Morris decided on the C-section. On Sept. 10, she gave birth to her daughter, Brooklyn, in the operating room with Norby by her side, holding her hand.

As the U.S. continues to grapple with pregnancy-related deaths and infant mortality, which disproportionately affect Black, Native American and Pacific Islander communities, policymakers are taking a closer look at how doulas may be able to help reduce health disparities. Doulas provide support during pregnancy and beyond, which can be especially helpful when someone is dealing with additional stress, such as racism or a pandemic that may be worsening maternal health outcomes.

But hiring a doula can be expensive for expecting parents. Fees vary greatly but often fall between $600 and $2,000.

As Morris prepared for the arrival of her first child, she couldn’t afford to hire a doula. However, she qualified for Minnesota’s Medicaid program, which considers doula services a covered benefit.

To Morris, having Norby there made all the difference.

“I was really, really scared,” said Morris, who is a medical assistant based in Brooklyn Park, Minnesota. “None of the other nurses or anesthesiologists could calm me down, but Mary did. She made me feel like I was going to be OK. And in the outcome, I was OK.”

For about six years starting in 2014, Minnesota and Oregon were the only states that mandated coverage of doula services through Medicaid, a state and federal program that provides health insurance to more than 64 million people in the United States. Research shows that those who have continuous labor support, such as a doula, are less likely to report negative feelings about childbirth, have a C-section or use pain-relieving drugs. Researchers have also found that people who delivered babies with doula support had lower preterm birthrates than those who did not.

Maternal health advocates nationwide have been pushing for more states to cover doulas through Medicaid.

“There’s a lot of grass-roots efforts advocating for this,” said Twylla Dillion, the executive director of HealthConnect One, a national organization known for its community-based doula model.

The National Health Law Program estimates that about 21 states and the District of Columbia have proposed legislation related to doulas in the past two years. In several instances, advocates have been successful in getting bills passed, including in Indiana and New Jersey.

In Congress, the Black Maternal Health Caucus is championing the Momnibus, a package of 12 bills aimed at reducing maternal mortality and morbidity. The legislation encourages the use of doulas from pregnancy to one year postpartum. Rep. Gwen Moore (D-Wis.), a member of the caucus, introduced her own doula-related bill in 2019. The Mamas First Act would have required states’ Medicaid programs to cover doula and midwifery services. Moore plans to reintroduce the bill in 2021.

Although doulas alone “will not solve the maternal mortality crisis,” their work is an “essential part of the solution,” said Katy Backes Kozhimannil, a professor at the University of Minnesota’s School of Public Health.

For lawmakers, making a financial case for covering doula services through Medicaid is also getting easier.

Medicaid finances a significant portion of U.S. births. Research shows that paying doulas to support birthing individuals could save states money by reducing the number of unnecessary C-sections and preterm births. (C-sections are more expensive than vaginal births, and caring for infants born prematurely is costly.)

“Making sure that everyone has a doula is a really sound financial decision for a state Medicaid program,” said Kozhimannil, who has spearheaded studies on the cost-effectiveness of doula care. “But there are so many reasons why doula support is useful other than saving money.”

Clara Sharp, the executive director of the nonprofit Ahavah BirthWorks in North Minneapolis, emphasized the emotional support doulas provide. This aspect can positively impact an individual’s mental health, she said.“We should be putting a dollar value on that,” said Sharp, a doula who has predominantly served Black families in her community for 30 years.