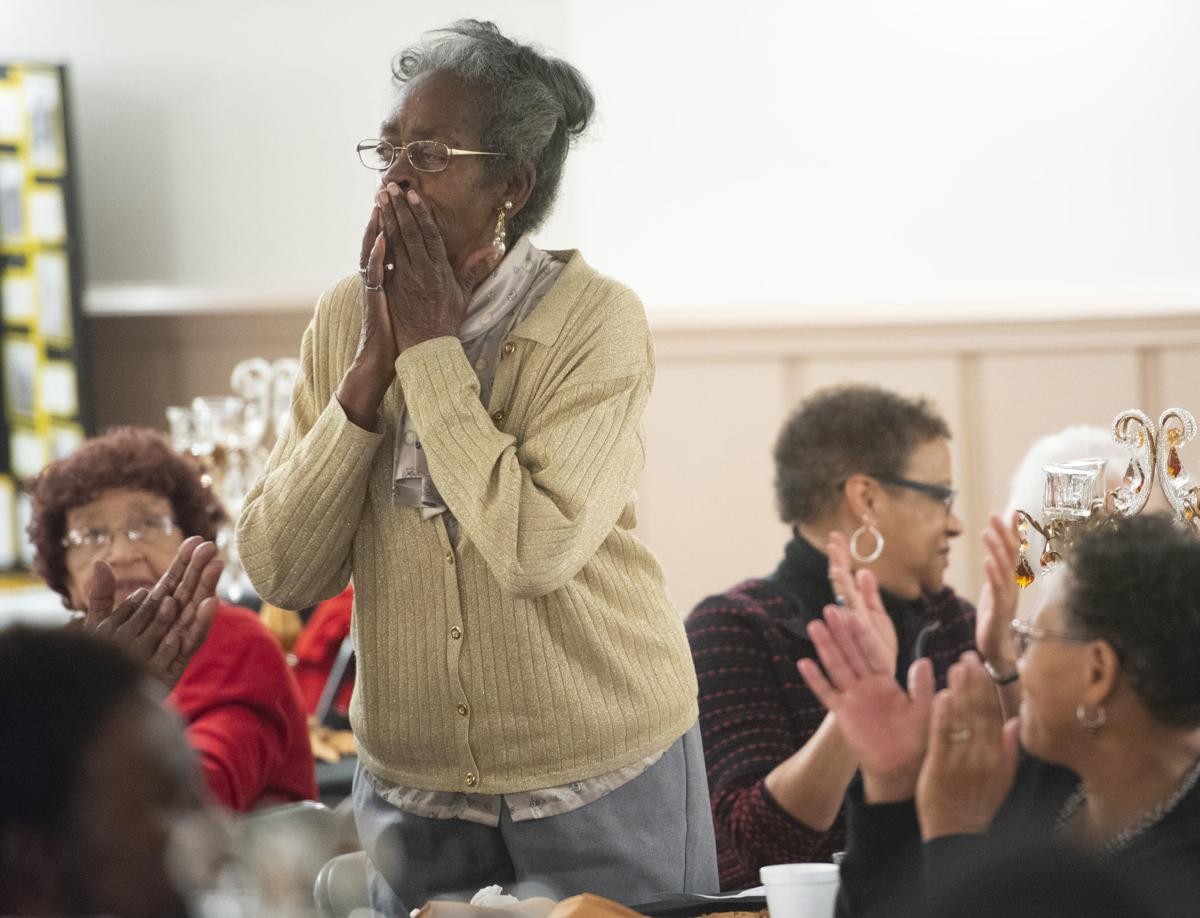 Estella Smothers Belt, 90, is applauded as she is introduced as one of the newest inductees of the Living Treasures, African Americans aged 90 years and older who live in Frederick County. 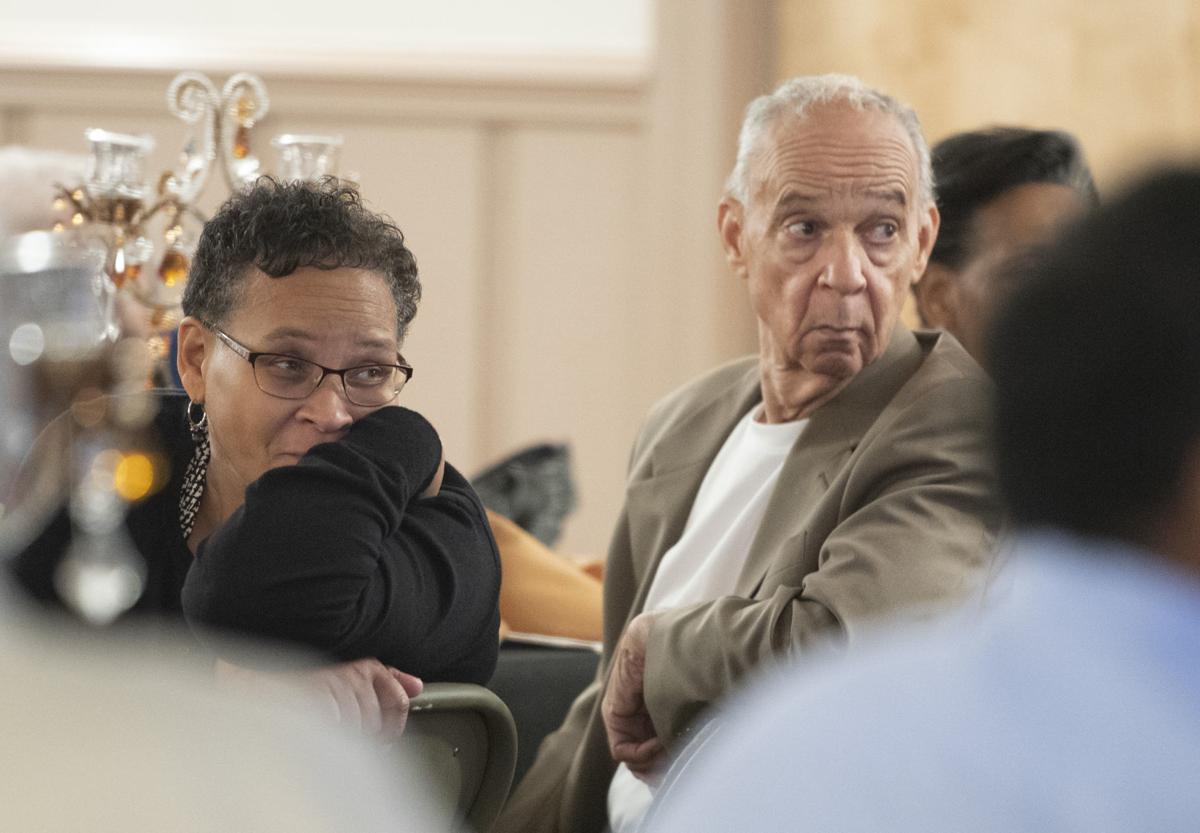 Members of the audience watch a series of video interviews with Frederick County residents honored as Living Treasures.

Estella Smothers Belt, 90, is applauded as she is introduced as one of the newest inductees of the Living Treasures, African Americans aged 90 years and older who live in Frederick County.

Members of the audience watch a series of video interviews with Frederick County residents honored as Living Treasures.

In all, 33 African Americans make up the Living Treasures group, which is organized by AARCH, with a number of them in attendance of the banquet at Libertytown Fire Hall.

One by one, the newest members were introduced and recognized by Barbara Thompson, chairperson for the Living Treasures committee and a member of the board of directors for AARCH.

Thompson gave a short background of each newest member and then a video was showed of the individual talking about their life growing up in the area.

Frederick resident, Willie Bea Thompson, 92, was one of the newest members and said it was “great” to be recognized as a Living Treasure.

Thompson said the banquet is put on each year so that the Living Treasures can be honored “as they have lived a life that has been repressed but yet and still they have no hatred. They celebrate who they are and they celebrate their culture.”

She said AARCH celebrates their love and wisdom and is blessed to add more African-American seniors each year.

“They love that we celebrate them,” she said. “Some of them have never been celebrated in a public venue but we love that we can include them in a day of celebration.”

In September, AARCH held a film premiere of the documentary, “The Tale of the Lion” which featured 25 Living Treasures’ firsthand accounts of their stories growing up.

In the film, they also shared their wisdom and insights they have learned over the years.

The film is now entered in a film festival in Atlanta.

“As the chairperson, they’re my sweethearts,” Thompson said of all the members. “I stay in touch with them, I visit with them and I bake for them.”

She said her favorite part of the living treasures is the joy she sees on their faces when they stand to be recognized.

Duvall, 90, said she felt “wonderful” about being introduced, adding that it’s the first time she’s been recognized.

When asked what she’s most looking forward to in being a Living Treasure, she said making friends “and being 91 years old.”

She said her favorite part of the living treasures is the joy she CompTIA 220-1001 Exam Questions sees on their faces when they stand to be recognized.

This is the best point present for todays. It is the loveliest moment for me. I really love this is bid4papers legit for good info about topic. I was hunting down the specific same favors and stuff for the duration of the day yesterday and I really wish more people gives incredible enhancement for this.

My sincerest appreciation to each and everyone of these wonderful people. Bless you! I, unfortunately, wasn’t able to attend the viewing of The Tail of the Lion at the Weinberg Center. Does anyone know how to obtain a copy of the movie or where there may be another presentation?