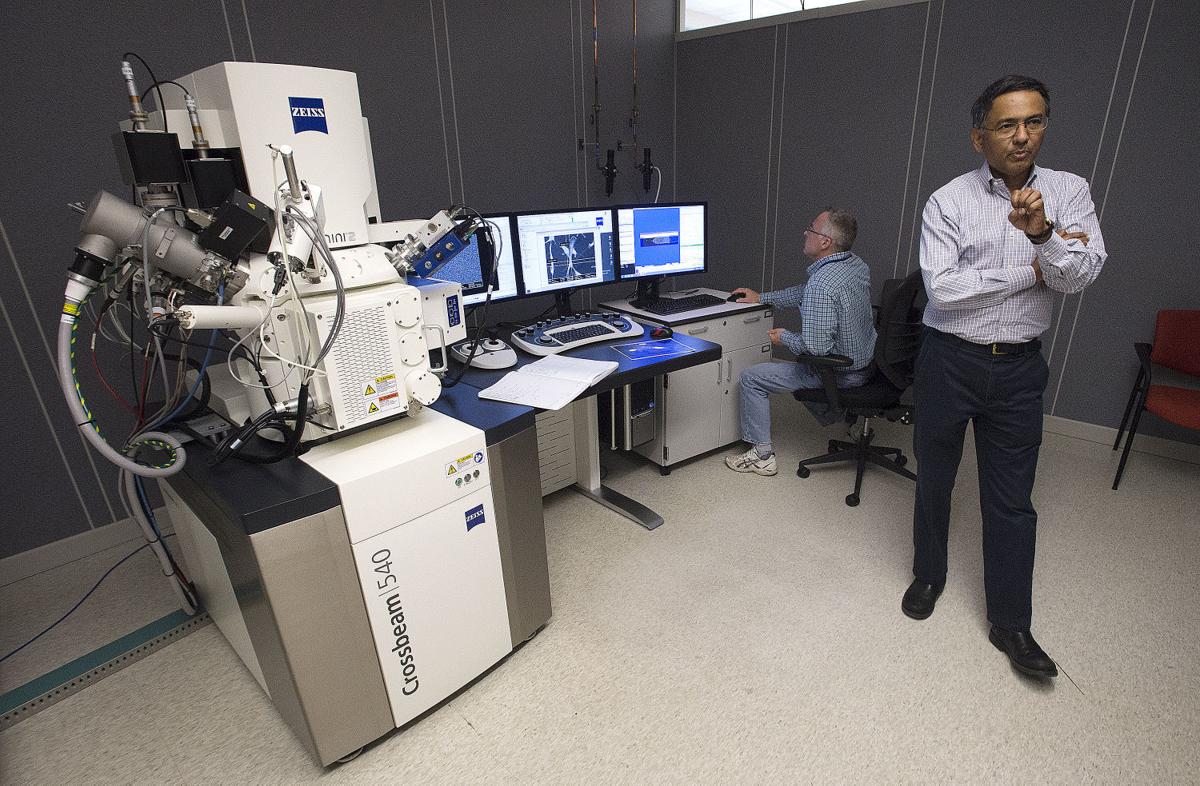 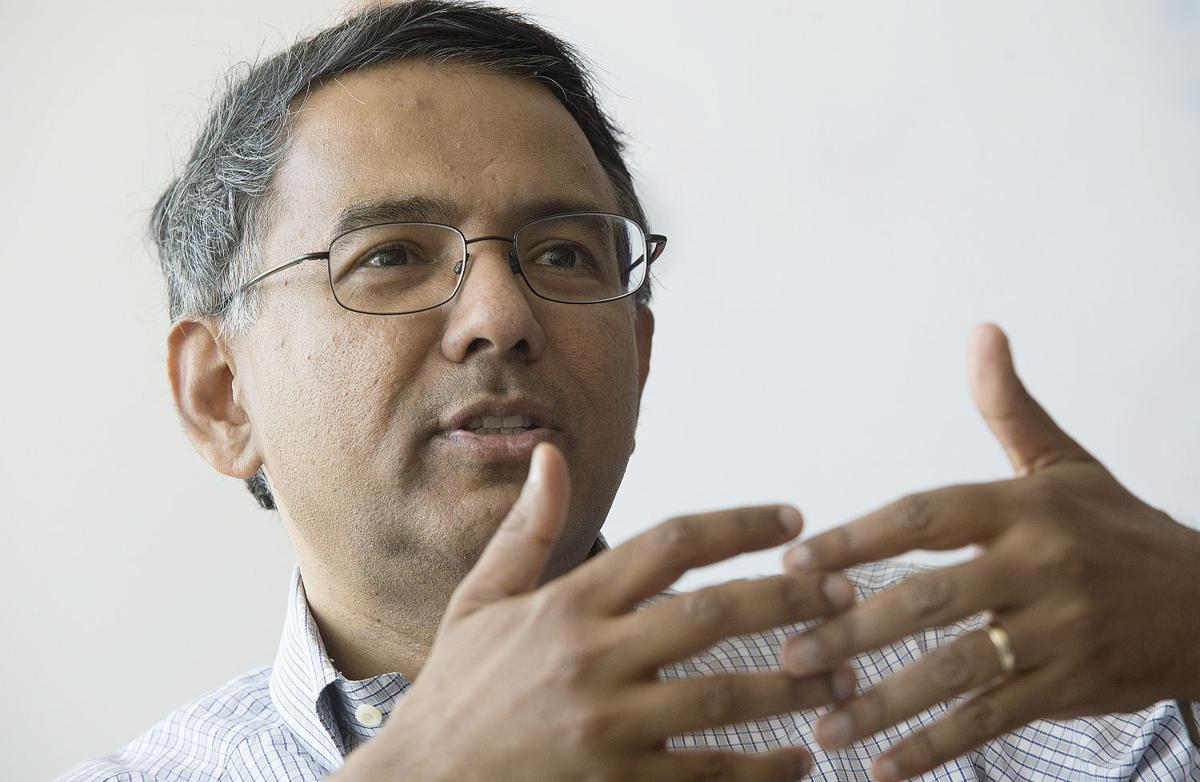 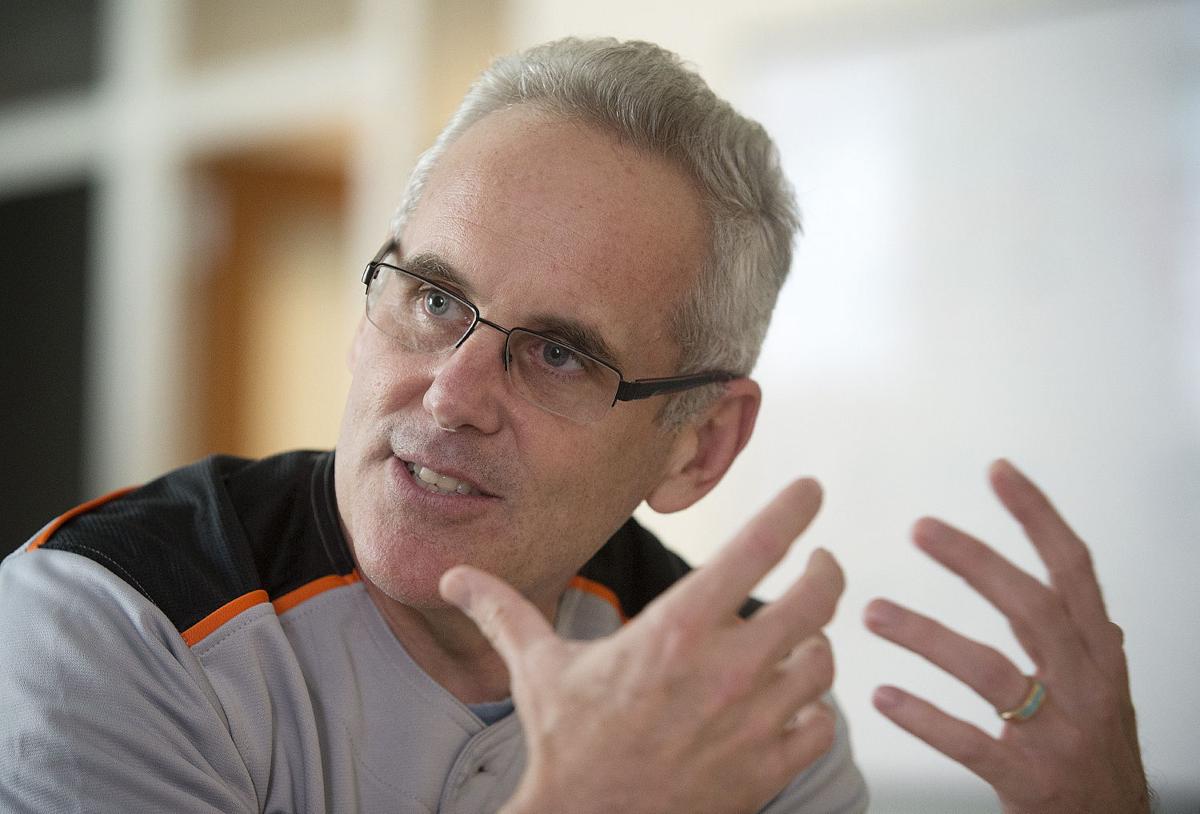 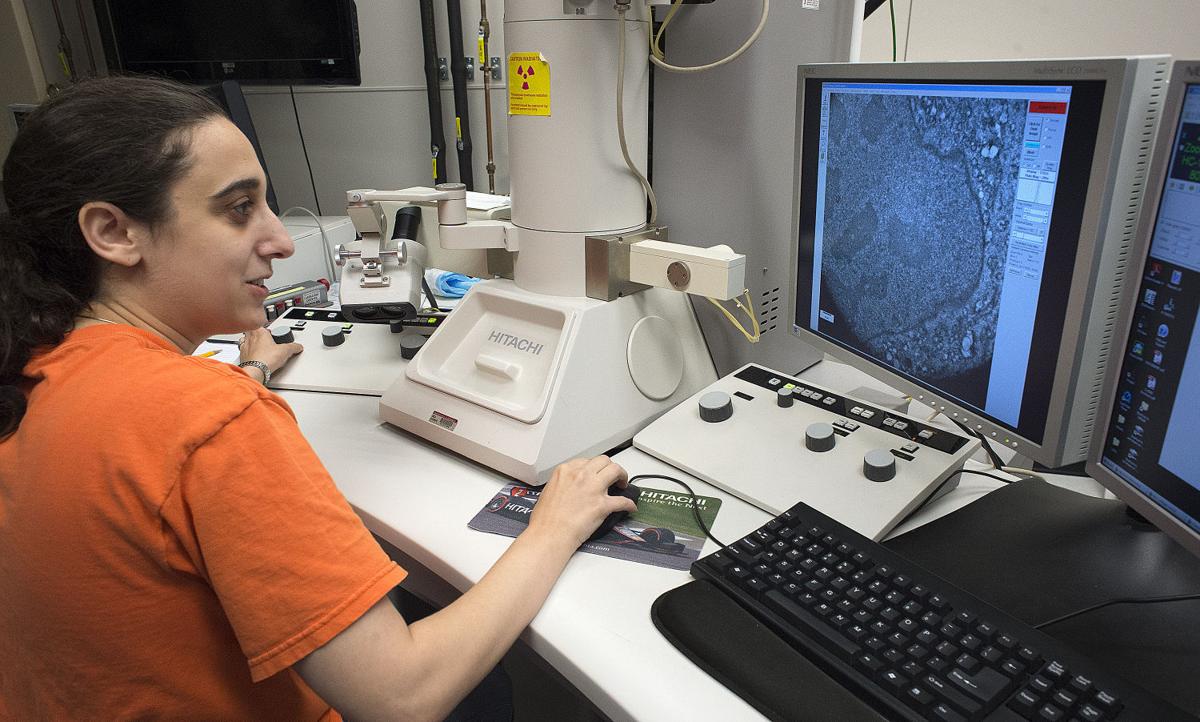 High-tech microscopes in Frederick are helping scientists at the cutting edge of cancer research get a clearer picture of cells and proteins.

Sriram Subramaniam works a few days a week at the Advanced Technology Research Facility in Frederick, part of the National Cancer Institute.

“We build technologies where they didn’t exist,” Subramaniam said. He founded the Center for Molecular Microscopy, which is based at the Frederick lab, more than a year ago.

In cryo-electron microscopy, beams of electrons are used to create images of biological specimens. The equipment is cooled to about 77 degrees Kelvin, or minus 321 degrees Fahrenheit, to make it more resistant to radiation damage from the electrons.

The Frederick lab had a multimillion-dollar cryo-electron microscope installed this year.

“For the last several years, we’ve been pushing the accuracy with which we can image protein structures,” Subramaniam said.

The higher-resolution images the microscope creates can lead to more effective drug formulations for cancer patients, as researchers gain a greater understanding of the mechanisms of cancer-related proteins.

“The idea of targeting proteins is an important concept in drug discovery,” Subramaniam said.

In Frederick, researchers are using the cryo-electron microscope in conjunction with a focused ion beam scanning electron microscope, also installed this year. The microscope takes images of slices of a sample, which are then assembled into a three-dimensional model.

Tommy Turbyville is a project leader in the RAS Initiative, in which National Cancer Institute and Frederick National Lab for Cancer Research scientists focus on improving knowledge of a single group of genes.

The RAS family of genes was discovered through two viruses that caused cancer in rodents. The genes were named for rat sarcomas, or malignant cancers in certain types of tissue.

About a third of all human cancers are driven by mutated RAS genes, according to the National Cancer Institute. Genes in the RAS family — including KRAS, HRAS and NRAS — produce proteins of the same name. When those genes mutate, the resulting signals from the proteins cause cells to grow uncontrollably. Some of those RAS gene mutations make cells resistant to certain cancer treatments.

“We spend a lot of time trying to study RAS,” Turbyville said.

The researchers know that in some cancer patients, the RAS protein may be mutated and constantly turned on.

“Imaging technologies have been really important in understanding things like that,” Turbyville said.

Both electron microscopes enable researchers to see those mechanisms at a higher resolution.

Their lab makes Frederick a promising location for discoveries, he said.

“The combination of technology and expertise all in one place is pretty unusual,” Turbyville said.

The Frederick lab’s intent is to create collaborations with researchers around the world who would like to use the microscopy technology.

Though he’s seen some successes with the technology, Subramaniam said it hasn’t been easy.

“We’ve shown that it can work, but I also have a good sense of all the failures we’ve had. We fail 10 times more often than we succeed,” he said.

“Our goal is to say Frederick, and people would know that’s the national lab that does cancer research,” he said.

Better have others but not bedbugs...worrisome and suckers

Well encrypted article. Cryoelectron microscopy is a method for imaging frozen-hydrated specimens at cryogenic temperatures by electron microscopy. Specimens remain in their native state without the need for dyes or fixatives, allowing the study of fine cellular structures, viruses and protein complexes at molecular resolution.. https://www.jopestkil.com/

Nice one. What a perfect discovery. Its been a while this disease posed to us sleepless nights. I hope more ventures are also on the way. Innovations is key

This is a repeat story isn`t it ? When the DNA sequence was broken (decade or 2 ago) hopes for cures was coming. It did and they have the answer for diabetes and other cures but the TOTEM POLE CARTEL has it locked away safely for their personal use only. They don`t want to see the peasants survive (middle class) they just want the ants (people) work long enough to drain us of the taxes we pay for their playboy life style.