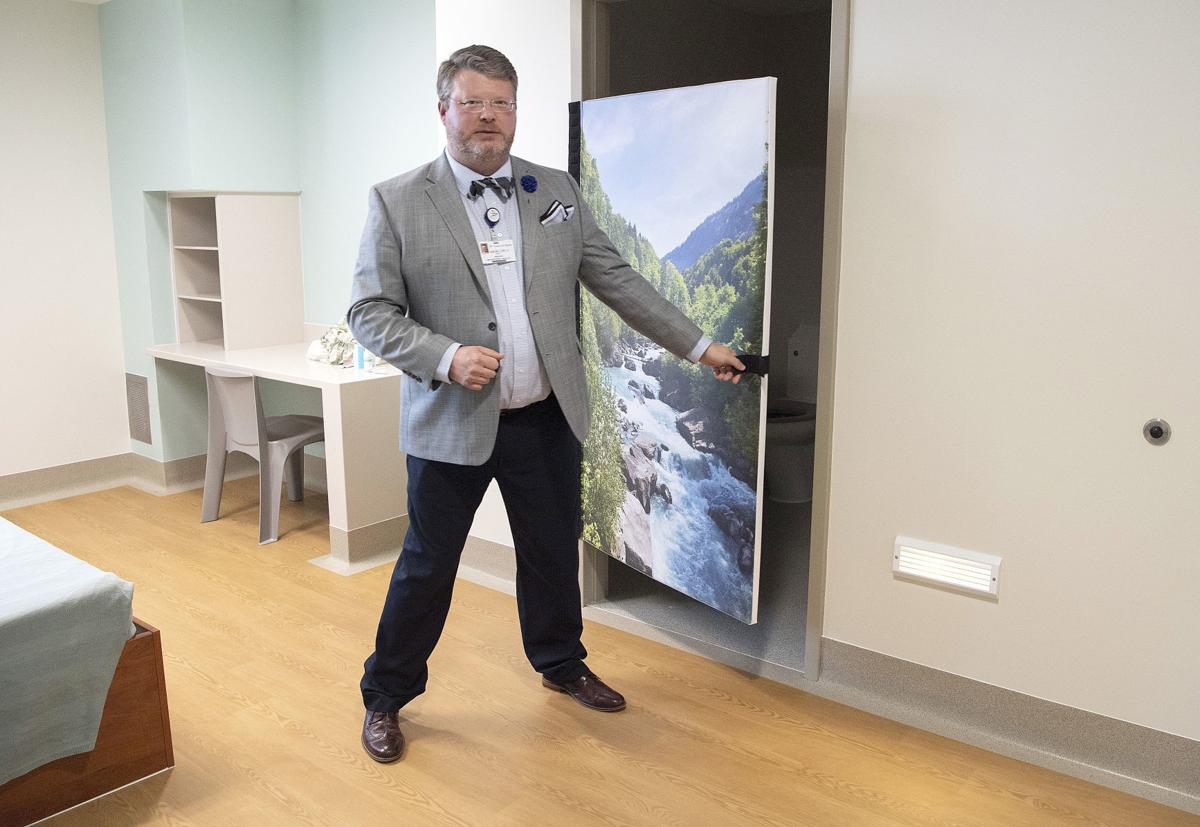 Jason Barth, manager of behavioral health services, demonstrates how a bathroom door is hinged with magnets to keep patients safe in the behavioral health unit at Frederick Health Hospital. This is just one of the new features added during the renovation. 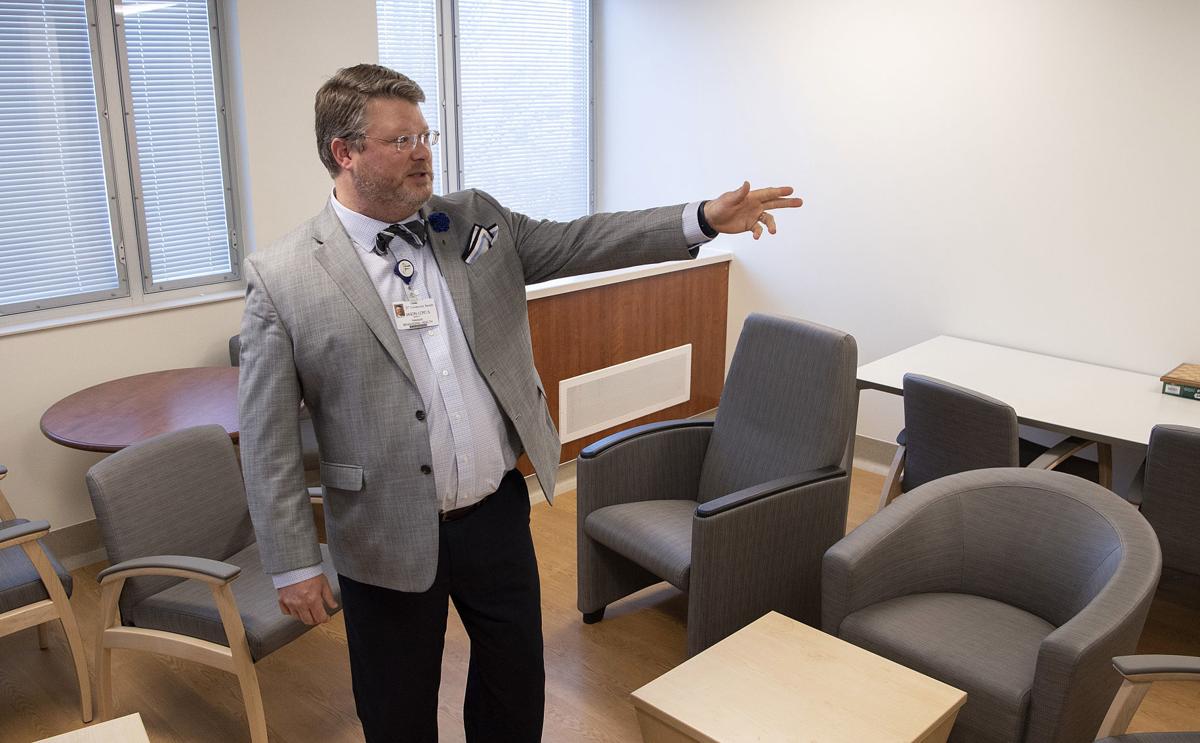 Jason Barth, manager of behavioral health services, demonstrates how a bathroom door is hinged with magnets to keep patients safe in the behavioral health unit at Frederick Health Hospital. This is just one of the new features added during the renovation.

Everything in the renovated behavioral health unit at Frederick Health Hospital was meticulously thought out.

The sink faucet is rounded and when turned on, by pressing a button, water flows from it in an arcing manner. Same with the shower head.

The doors pull off; there is no way to barricade them. The doorknobs barely hold weight.

Everything was put in place with safety in mind, said Jason Barth, manager of behavioral health services.

“So much attention to detail,” Barth said.

The unit’s renovation was unveiled Thursday afternoon with a ribbon-cutting. While updated, the unit never closed during construction, said Jean Havrilla, director for medical, surgical and behavioral health services.

“We never lost the ability to do the care,” Havrilla said.

The unit has 21 beds, with all but one private. The one semi-private room is for patients who sometimes do better with another person in the room, she said.

The unit was designed using the standard from New York because that state has the strictest regulations in the nation, she said.

The renovations also allowed them to have more space for the nursing team and patients. The nursing hub now wraps around the middle of the unit. The rooms line two hallways, almost like a Y with the nursing hub at the bottom of the Y. The hallways give the patients space to walk around, Barth said.

The renovations came with color updates, which was part of the goal of improving the therapeutic environment, Havrilla said. Every room has two colored walls, with a lighter and darker wall of either green or blue. The lights are meant to feel more like daylight, and each room has a window so that people can have sunshine.

Barth said they wanted the unit to feel homey.

But there is no art on the walls or televisions due to safety concerns, Barth said.

Risk aversion was important because the majority of admissions to any mental health unit is suicide ideation, he said. At Frederick Health, the majority of people admitted to the unit come from the emergency department.

The population is mostly between 18 and 39 years of age. It is an adult unit, which means children and geriatric patients are generally sent to more specialized care centers, he said.

The renovated unit was helped, in part, by financial assistance from the Frederick Health Auxiliary.

“The unit holds a special place in many of our members’ hearts,” she said.

Ray was at the unveiling and said she was happy with the changes, including the special doors and color scheme.

Like Barth and Havrilla, Ray noticed the changes to patient and staff safety, as well as the improved space. She had been in the old unit and said it was very tight in there.

“It’s an amazing change in there,” she said. “It really is.”

19. Food on the go has a new meaning in Frederick