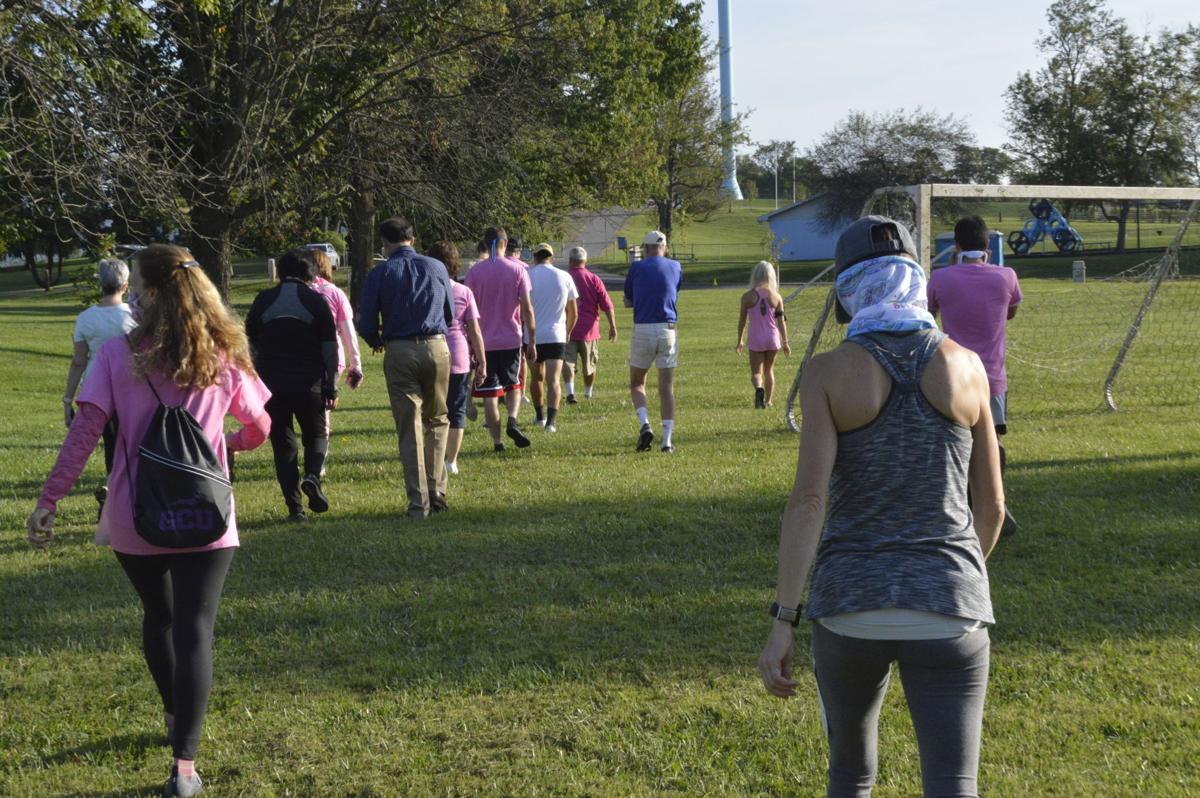 Participants walking to the starting line prior to the race. 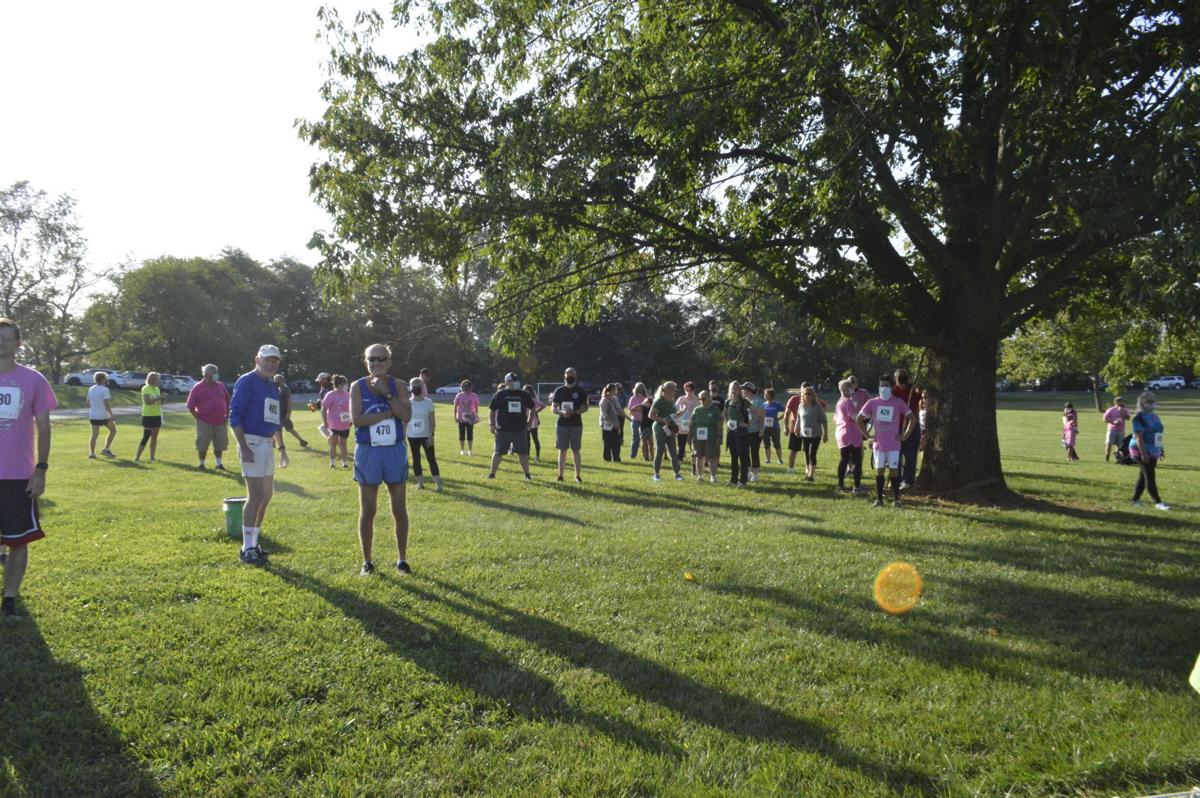 Over 60 participants came out to Eyler Road Park Sunday for the {span}6th annual Gateway to the Cure Covered Bridge 5K. {/span} 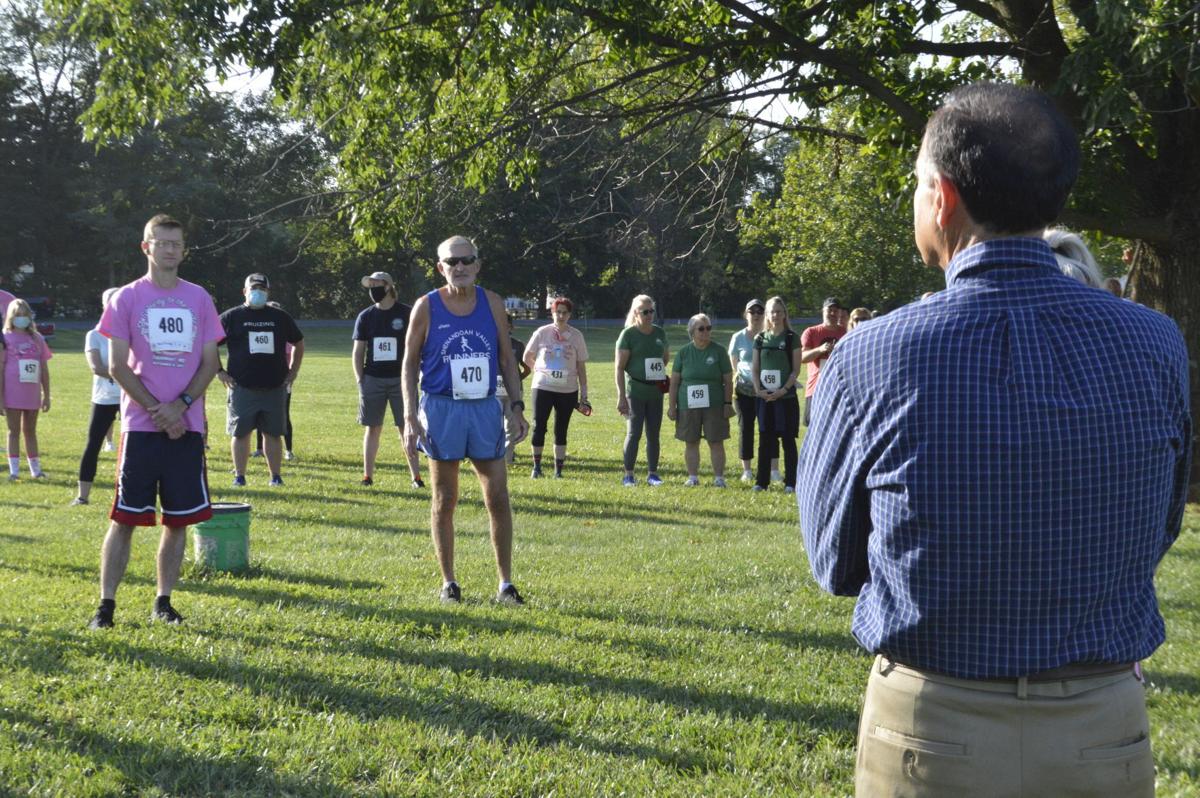 Jeff Hurwitz, who started the {span}Hurwitz Breast Cancer Fund with his wife Patty, spoke to race participants before the 5K Sunday. {/span} 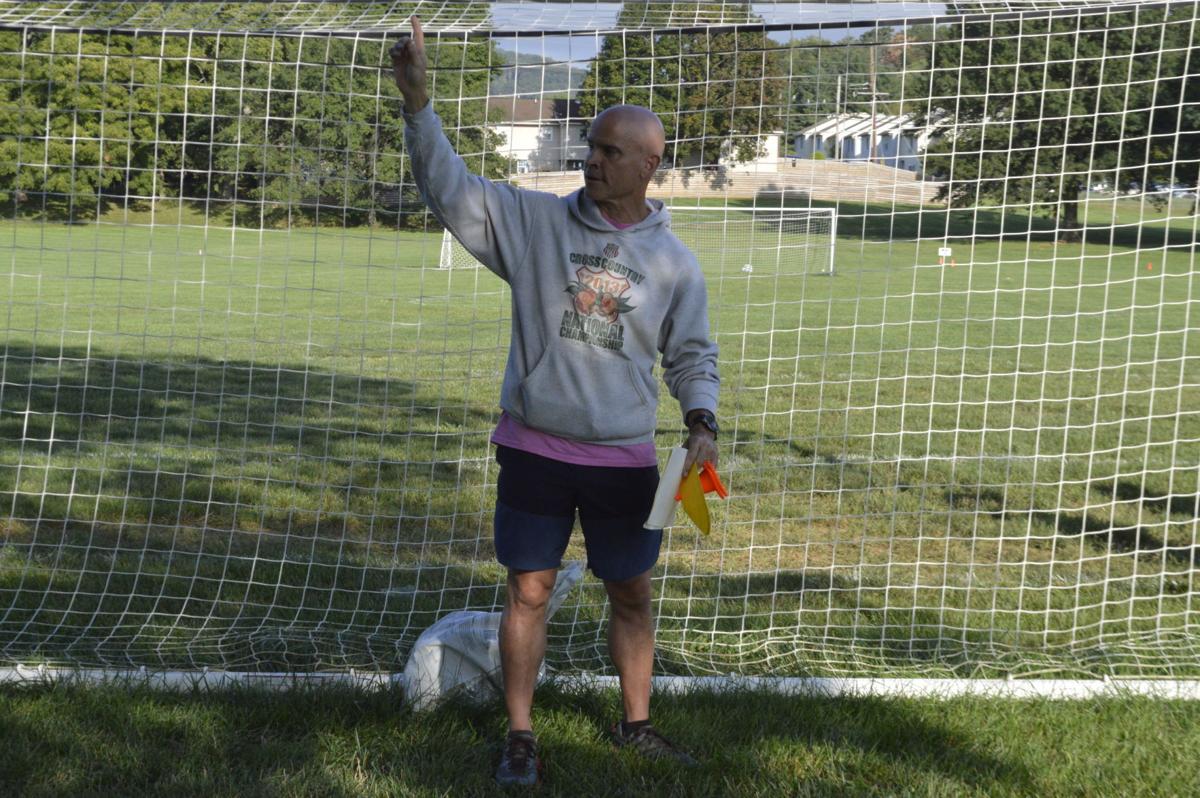 John Steiner, who helped organize the event, explained the route participants would take prior to the race Sunday. 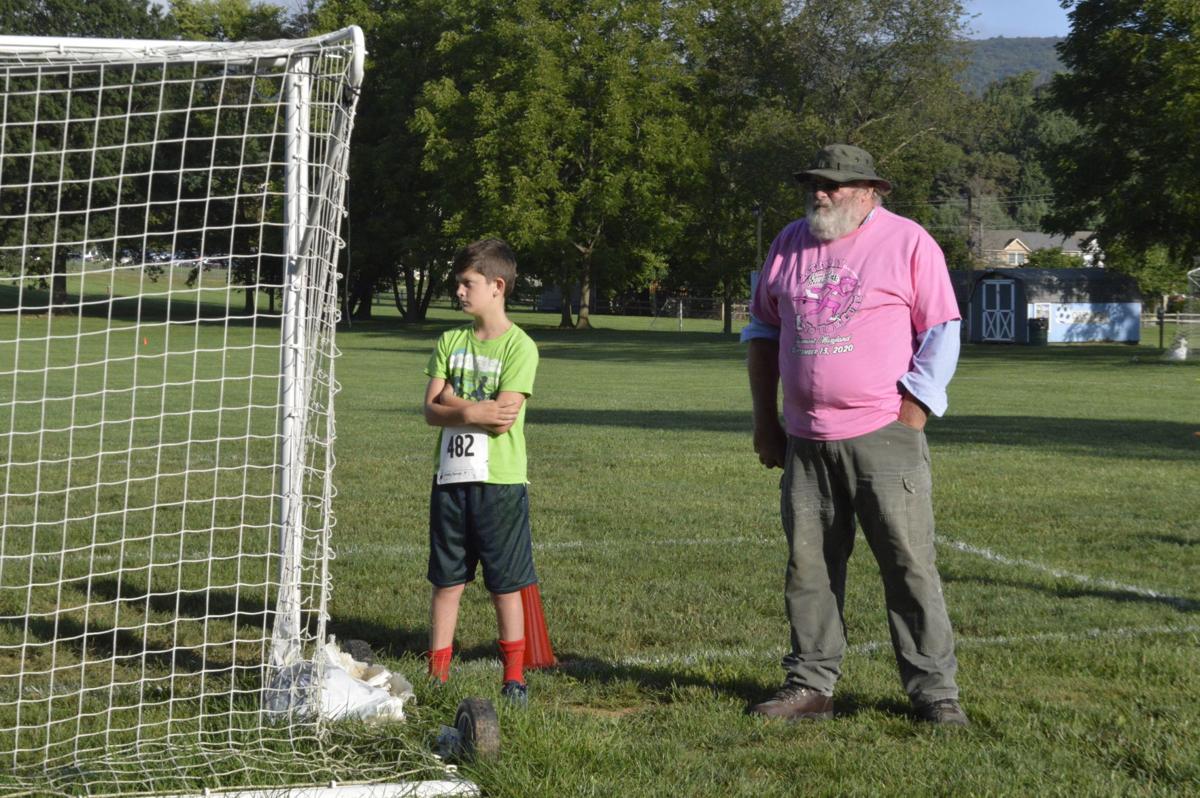 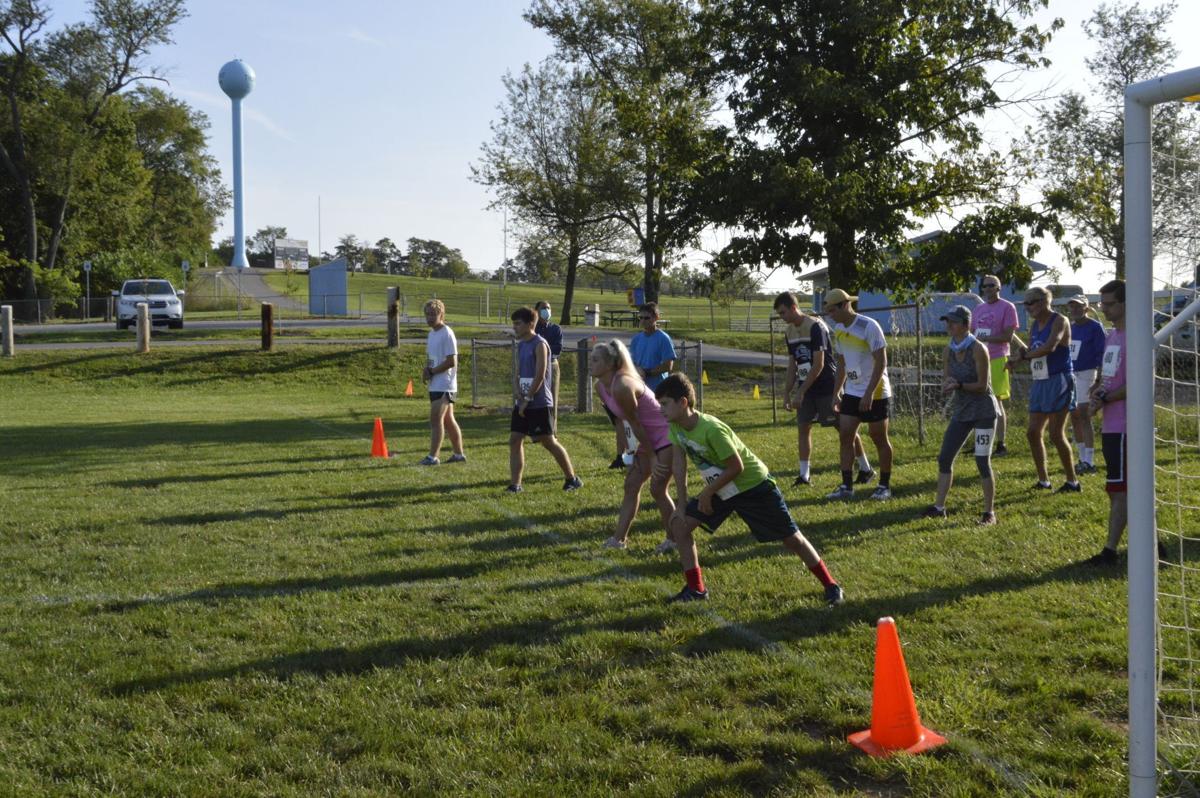 Participants preparing to begin the race. 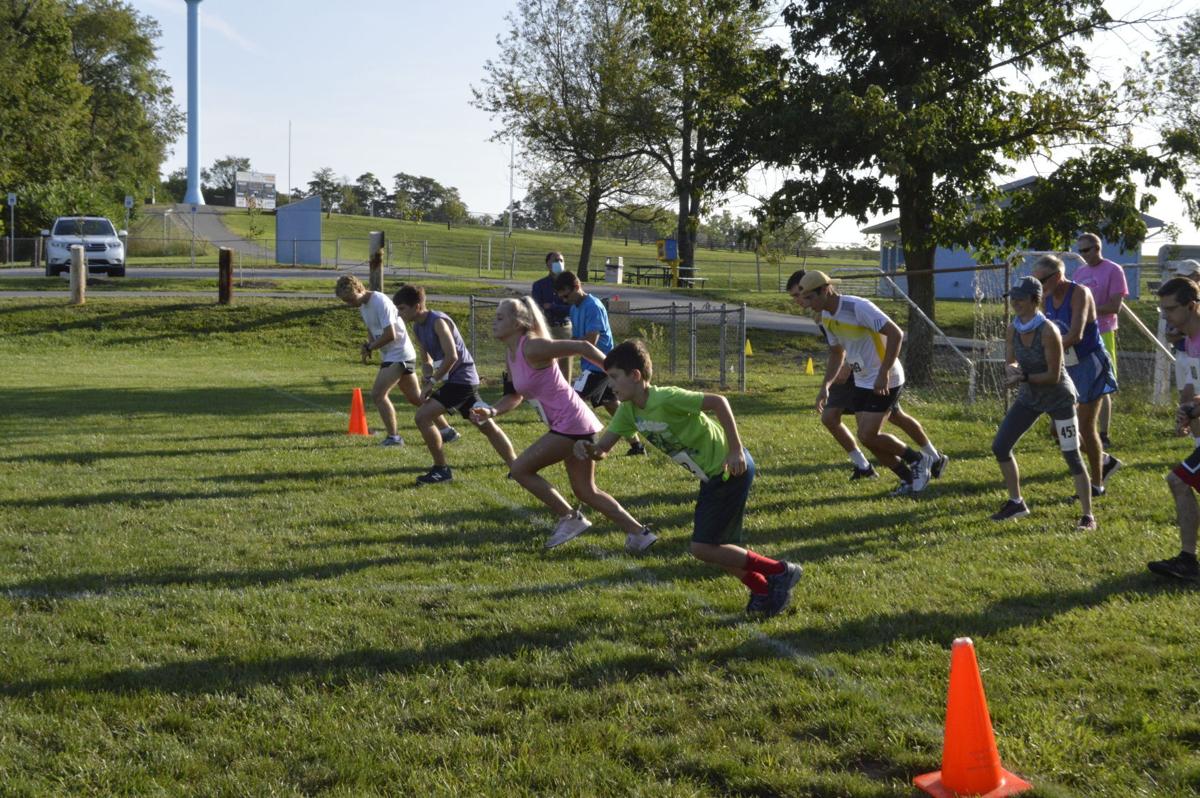 Participants take off at the beginning of the 6th annual Gateway to the Cure Covered Bridge 5K Sunday at Eyler Road Park.

Participants walking to the starting line prior to the race.

Over 60 participants came out to Eyler Road Park Sunday for the {span}6th annual Gateway to the Cure Covered Bridge 5K. {/span}

Jeff Hurwitz, who started the {span}Hurwitz Breast Cancer Fund with his wife Patty, spoke to race participants before the 5K Sunday. {/span}

John Steiner, who helped organize the event, explained the route participants would take prior to the race Sunday.

Participants preparing to begin the race.

Participants take off at the beginning of the 6th annual Gateway to the Cure Covered Bridge 5K Sunday at Eyler Road Park.

The event is part of Gateway to the Cure, a fundraiser that has been sponsored by the town for seven years now. Proceeds from events, including the 5K and a golf tournament on Oct. 9, will go to the Hurwitz Breast Cancer Fund at Frederick Health.

“It certainly is a good cause,” said Elizabeth Lee, a breast and lung cancer survivor who participated in the 5K. “I love contributing and I love being a part and I love the camaraderie and I love our town, you know, because they’re having this function and have had this function.”

Gateway to the Cure merchandise and pink light bulbs are also available and in October, businesses also make donations. In the past six years, over $80,000 has been donated.

“We also ask our residents [and businesses] to turn on ... their pink light bulbs the month of October to support Breast Cancer Month because it affects every single person,” said Vicki Grinder, economic development manager for the town of Thurmont.

The event was in-person but changes were made due to COVID-19, including all numbers being individually bagged, participants social distancing and check-in being completed via a phone app.

“In the past people have come up and they’ve collected their stuff, we’ve checked them in and proximity has been very close,” said John Steiner, youth coach for Catoctin Youth Association and an event organizer. “This year we’re doing all online race direct check-in and also if anybody wants to register for the race … they can do that on their phones without having to again contact anybody.”

Steiner said the participants want to come out and run.

“We just want to provide a safe environment for them to be able to do so,” he said.

Lee has participated in the event for three years now and said she loves the route and the covered bridge. She said she was excited to find out that the event would be in person versus virtual.

“It means so much more,” she said.

Because Lee is a breast cancer survivor, another level of importance is added to the event and the cause.

“I’m just so thankful for all the support that we get from our town and it’s just a wonderful thing,” she said. “It means a lot to me and we here in Frederick, you know, have such good doctors and the new cancer center and it’s a wonderful thing.”

Tammy Giberson also participated in the 5K Sunday and was excited that it was in person.

“What brought me out is just the excitement of actually having a live event in the times of the pandemic and that it’s for the cause of breast cancer and my stepsister, who has nerves of steal and a heart of gold, is a survivor of breast cancer, so I’m running for my sister Angie,” she said.

Giberson said she was most looking forward to knowing that the event was for a worthy cause and running under the covered bridge. She is also participating in a half marathon in Gettysburg coming up, which made the fact that the event was in person even better.

“It’s easier to get the mental training when you’re surrounded by like minded people,” she said.

Giberson also said that knowing the funds were going to the Hurwitz Breast Cancer Fund and having a sister who survived breast cancer added a layer of importance to the event.

“If I wouldn't have been able to make it up today, I’d have found some way to donate anyway,” she said.

Thurmont Mayor John Kinnaird, and Jeff Hurwitz, who started the Hurwitz Breast Cancer Fund with his wife Patty, were also in attendance Sunday. They each spoke briefly at the beginning of the race.

Hurwitz thanked people for continuing to raise money for the fund and said that 100 percent of the proceeds stay in Frederick County. Kinnaird said the project is amazing and noted that over $83,000 have been raised since the fundraiser started.

“It’s amazing for a small community,” he said. “It is all thanks to each and every one of you and everyone who participates in all the little projects we do. It really makes us feel good, makes us proud to do this.”

Awards were given to the top five men and top five women runners. The winners were as follows, according to an email from John Steiner:

For more information about Gateway to the Cure, visit: https://www.facebook.com/ThurmontFirst